We didn’t know what a heurigen was but were promised an unforgettable night if we visited one.

Setting out from our hotel the LOISIUM wine & spa resort, we huddled together against the might of an Austrian winter, and wound our slippery way up the snowy country roads to what would be a night to remember.

A distinctly eastern Austrian concept, a heurigen is an authentic old wine tavern. It differs from a restaurant, in that it only serves new wine, grown on its own land and hearty homemade foods – largely local produce.

Just outside the town of Gamlitz, in Styria, we encountered Erika’s Buschenschank, our first taste of a heurigen, and what an introduction it was.

Erika had an “arrive as strangers, leave as friends” philosophy from the first glass of prosecco

The owner is Erika herself, a wonderful lady, who has lovingly nurtured the Heurigen for the past 17 years. Erika needs to be met to be fully appreciated, she is generous, lively, naughty and fun – an absolute force of nature. 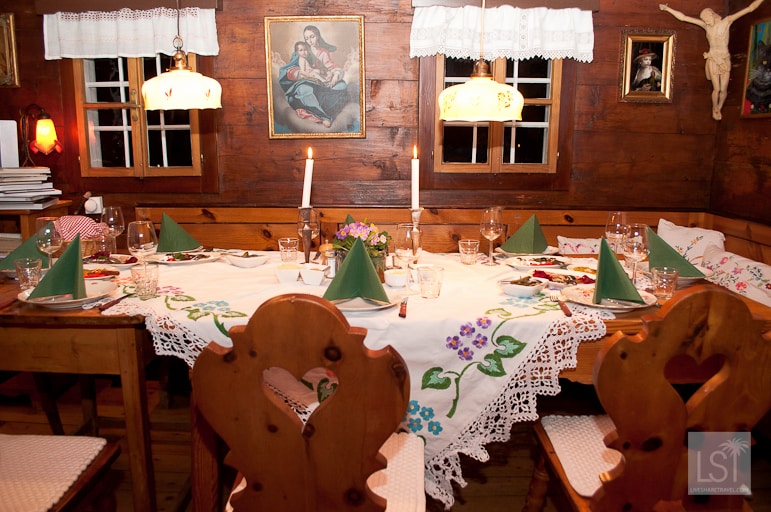 A slice of home at a heurigan

Erika’s Buschenschank is also her home and it has a quintessentially Austrian look and feel to it. Stepping into the cosy warmth of the heurigan we felt like we’d walked into someone’s dining room. Wooden walls were adorned with paintings, carvings and Erika’s favourite knick-knacks and each room had traditional alpine furnishings. As our visit was in the depths of winter, I particularly enjoyed seeing that a flower-laden window box had been turned around and the plants were now blooming on the inside of the house. 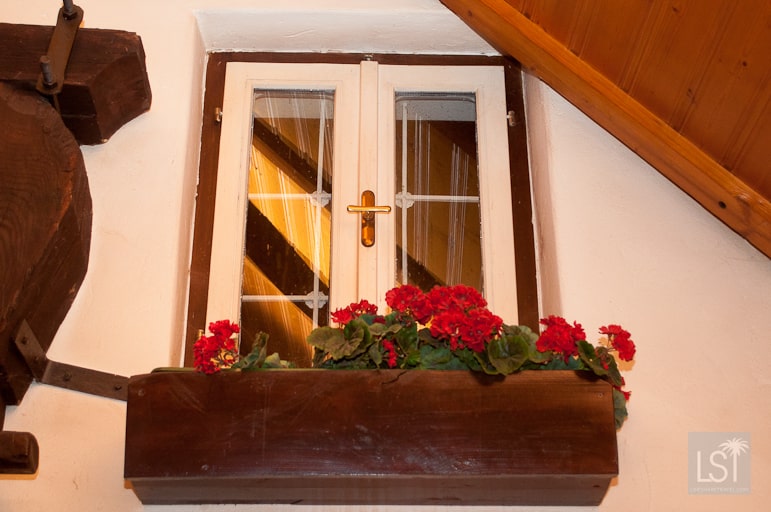 Visiting Erika’s Bushenshank was like visiting your grandma’s house for Sunday lunch and we immediately felt at home. Added to that, Erika had a determined “arrive as strangers, leave as friends” philosophy and from the first glass of prosecco onwards we were made to feel very welcome.

Erika chatted with us, regaling stories of her rather flamboyant life and hilarious tales about the people she knew. She ensured our laughter was as hearty as our appetites, and for that there was food in abundance.

We sat down to a meal of roast pork with crackling – made perfect with mustard and fresh horseradish, cold meat platters, a delicious local bean salad, cheese with a pumpkin seed oil dressing, peppers, pork cheek in jelly, trout, potato salad, soft cheese and cherry tomatoes, pork pate with cranberry source, and traditional Austrian bread – the type our friends told us was the one thing they missed from home when travelling.

Half way through our extensive meal Erika brought us new plates stressing we had to: “eat more food, there is plenty for everyone.”

And she was just as generous when it came to washing down our feast. Copious amounts of differing local wines flowed all night, and were presented with a gleeful flourish.

Then, much to our amusement, Erika brought out the schnapps. But these were far from average bottles. Each had a different flavour – pear, peach, blueberry and more. But what made them really stand out were the artistic, but saucy, labels on the drinks, I can’t describe them here – let’s just say they left little of the female body to the imagination and it’s best you go and see them for yourself. But they were another talking and giggling point – and you can be sure that Erika wouldn’t let us leave until we’d sampled every single bottle.

An interesting fact I learned during the evening, was that you can tell when a heurigen is open for business as it has, a buschenschank, or a bound bundle of twigs outside, over the door of the house. Though it was a quiet time of year, Erika’s Buschenshank was one of the few attractions in the area open for business. “If we have our own wine to sell we can stay open,” she said with a glint of mischief in her eye as she filled up my glass.

A great self publicist, Erika then revealed her collection of badges for sale, each exclaiming the virtues of herself, her food and her Buschenschank. I took home an ‘I ♥ Erika’ badge, which I couldn’t help but wear as I sat down to write this. 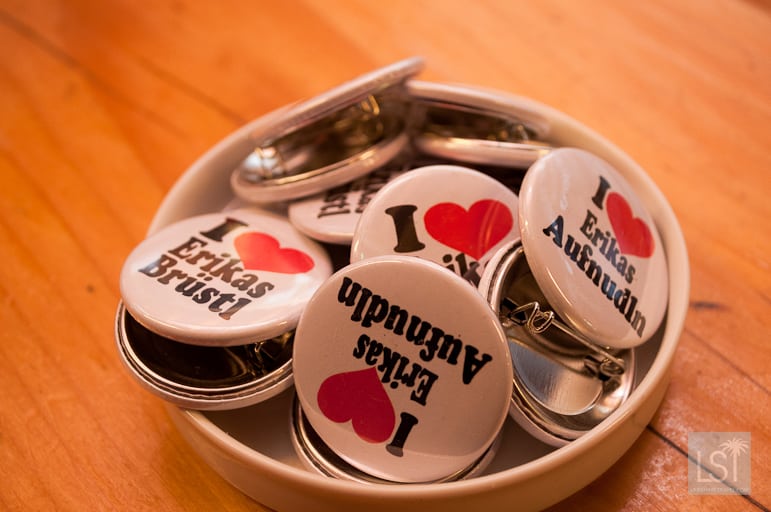 We love staying in luxury hotels – and the LOISIUM wine and spa resort really was luxurious – but part of the joy of luxury travel for us is getting out and having a real experience (we even write about it in our luxury travel book). Erika’s Buschenshank was just that. It’s not a Michelin-starred restaurant, or an expensive eatery – in fact the whole meal cost around €18 a head – but the food was delicious and it was one of the best nights we’ve ever had, with a fantastically welcoming host. 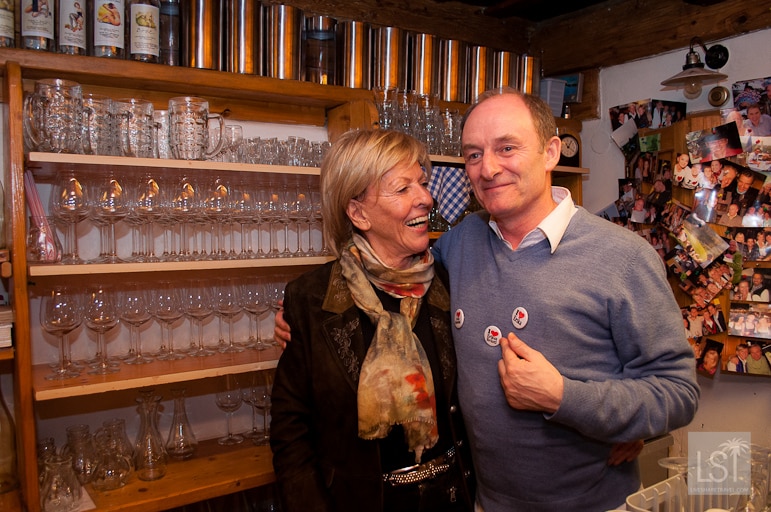 Towards the end of the evening Erika had me waltzing around the bar area with her and I was delighted to do so. It seemed an appropriate way to end a glorious evening.