You know you’re off to a great start at a hotel when you’re greeted with cocktails. Stepping off the boat at Young Island Resort, Ivan, one of the hotel’s most popular members of staff (think I now know why) handed us each a rum punch.

We’d just taken the five minute ferry ride across from the Caribbean’s St Vincent to Young Island. The island has 29 cottages and villas, each with an impressive view and plenty of room for couples through to whole families.

Young Island Resort is also renowned for its former celebrity guests – Johnny Depp and Orlando Bloom stayed at the resort while in the islands to film Pirates of the Caribbean.

Read on to win a trip to Young Island Resort 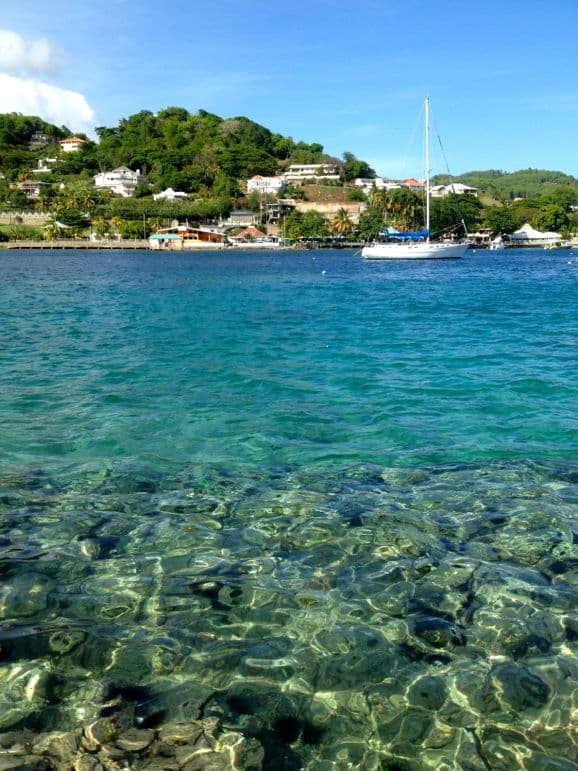 I was told Depp had cottage number six so I was a little dismayed when my friend Graham was given that one. That said, when our group had had time to inspect all the cottages we decided mine, number 10, was the best.

My cottage had a double bed, living area with plenty of seating and not one, but a few ‘piece de resistances’ in its garden. Firstly there was the view – an exquisite 180-degree view of the sea and St Vincent’s shores across the bay.

But what good is a spectacular view if you haven’t a location from which to take it in? Here Young Island Resort came up trumps. I had a hammock, two sun loungers, a gazebo with two chairs and a plunge pool. Ok, so I had to jump up in the air from my plunge pool to see over the wall – but it wasn’t exactly a great hardship. 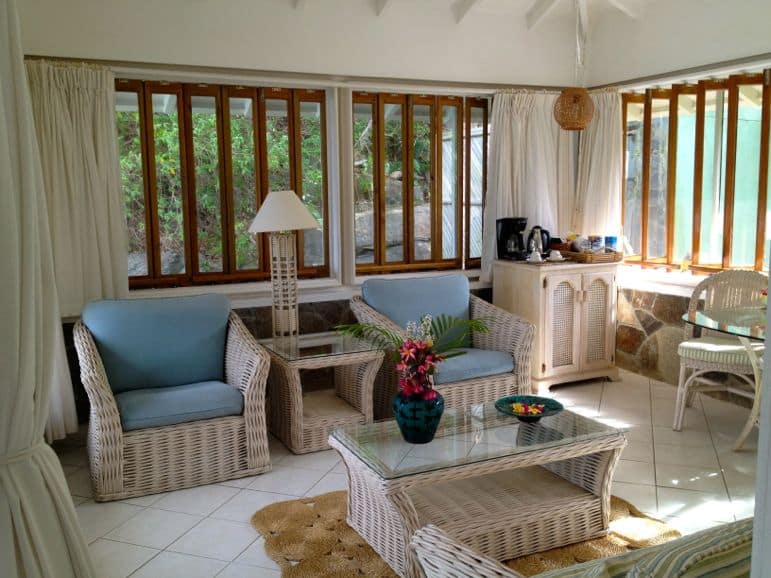 Young Island Resort is a boutique style hotel offering a sort of back to basics barefoot luxury. Don’t get the wrong idea – the accommodation is anything but basic. Rather it is a laid back Caribbean style. You won’t find designer furnishings, flat screen TVs or remote-controlled blinds. In fact one or two things might not chime with luxury for some. There’s no air conditioning in the rooms, just ceiling fans and a cooling system that allows sea breezes through slatted windows left open on every side of the cottage, with fine netting at every one to prevent mosquitos and other uninvited guests from entering.

One thing that didn’t chime luxury for me was the outdoor shower. Now I know I could be in the minority here, but I don’t get how/why people see bathing outside as a luxury experience. Give me a bathroom, sans the odd creepy crawly (though in truth the only thing that did invade my shower time was a tiny tree frog after it had rained heavily one day) and I’m very happy. And as hidden by vegetation as it was, I could see my neighbouring cottage from my shower and felt sure if I did have a particularly prying neighbour they could have seen me in there too.

Still bashfulness to one side and emerging clean from my shower, I headed out to tasty dinners at the resort’s restaurant. Here lobster tails and the freshly baked breads are particularly stand out. In fact I even had Young Island’s special flambeed Creole toast for breakfast one morning – homemade coconut bread soaked in feisty St Vincent Sunset Rum, a whopping 85% proof! Topped with coconut shavings it was then flambeed, and unsurprisingly kept burning for a good while. The coconut well toasted, the rum offering an interesting kick start to your day – it comes highly recommended.

All in all I would recommend Young Island Resort as a perfect little retreat and a great base for exploring neighbouring St Vincent.

Young Island Resort is an island paradise where you can unwind in any number of settings – on the beach, in a hammock, resort poolside, private poolside or even with a cocktail at the resort’s floating bar. Just tell Ivan I sent you. 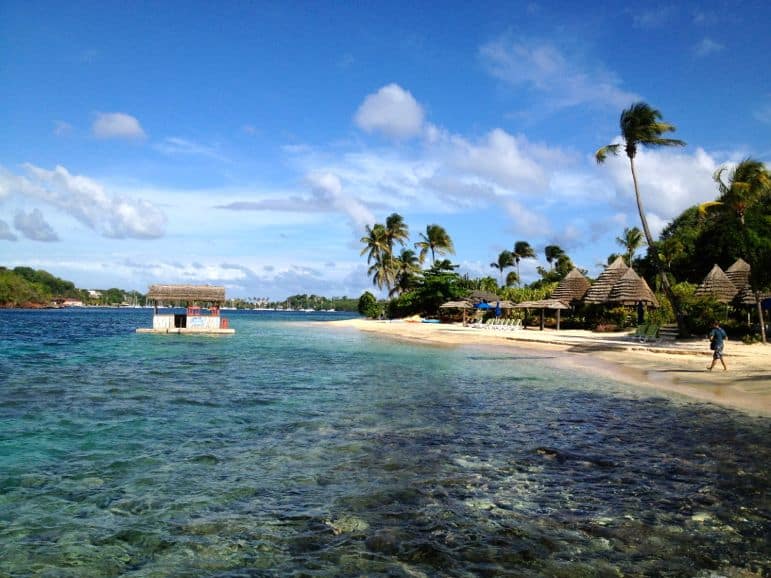 Want to visit Young Island Resort? Why wouldn’t you!? Well if this review hasn’t quite convinced you – have a read of why you will want to win this Caribbean holiday. Then cross your fingers for luck because Discover St Vincent and The Grenadines is offering you the chance to win a seven night holiday to Young Island Resort.

Find out more about luxury liming (relaxing in style) in the islands.

I was a guest of St Vincent and The Grenadines Tourism but, as ever, all views here are my own.