“The location’s perfect!” I exclaimed. “I love how you get off the train and no sooner are you in Paris than you’re at your accommodation. All the kids staying here will love it.”

My friend Rob frowned slightly, waving a finger at me with a “prepare to be surprised” flourish. I was visiting the brand new St Christopher’s hostel in Gare du Nord Paris.

As someone who has stayed in a hostel twice in their life – you can read here about the most recent experience in London – and who usually makes for five-star hotels complete with pool, spa and Michelin-starred restaurant, I approach hostels with the expectation that they won’t be for me.

But here I was for the launch party of St Christopher’s newest hostel.

Two minutes and approximately 100 metres after leaving Gare du Nord I was in the reception of the Paris hostel. It was a hub of activity. The new St Christopher’s hostel was a pretty big deal to the company and they were holding an extravagant party, with the theme Moulin Rocks, to celebrate. But when you’ve invested €38 million in your flagship product, you’re bound to be pretty excited. 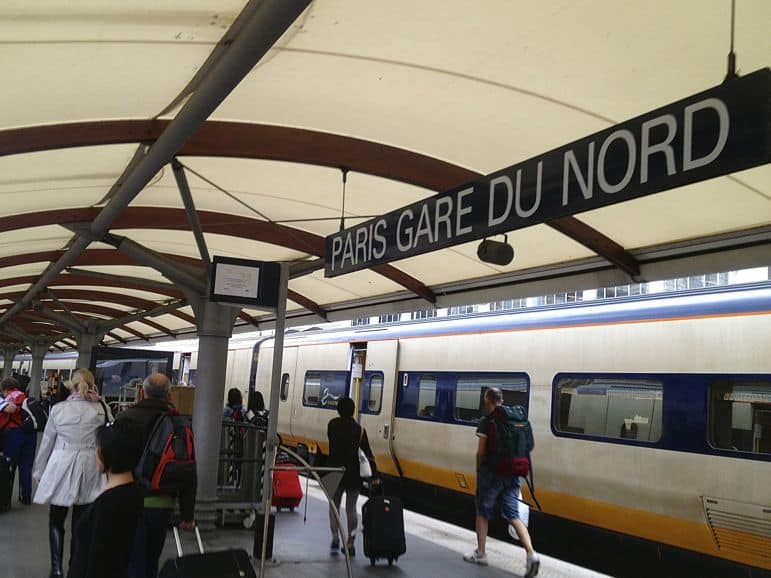 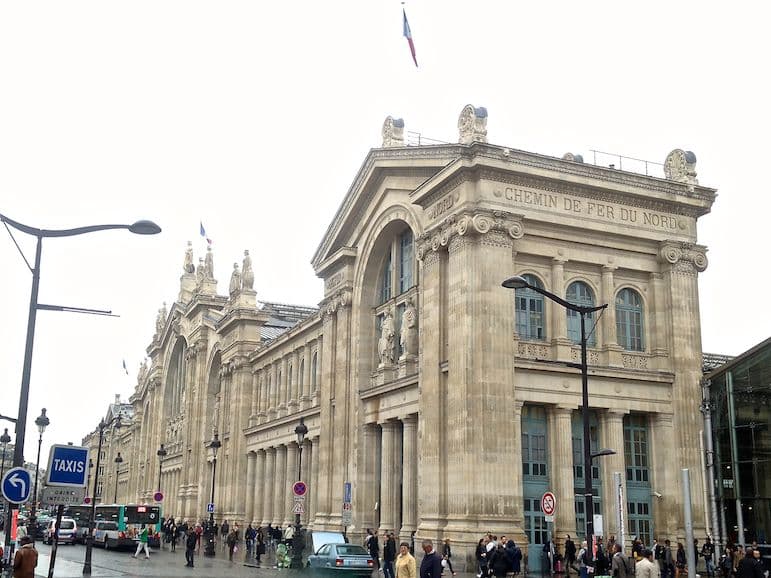 However before the party began I had some work to do and then to get all dressed up.

I headed to my private en-suite room, one of 50 in the 500-bed building. Here I connected to the free 100mbps (i.e. super-fast) wi-fi in seconds – completing my first pre-party task in no time. 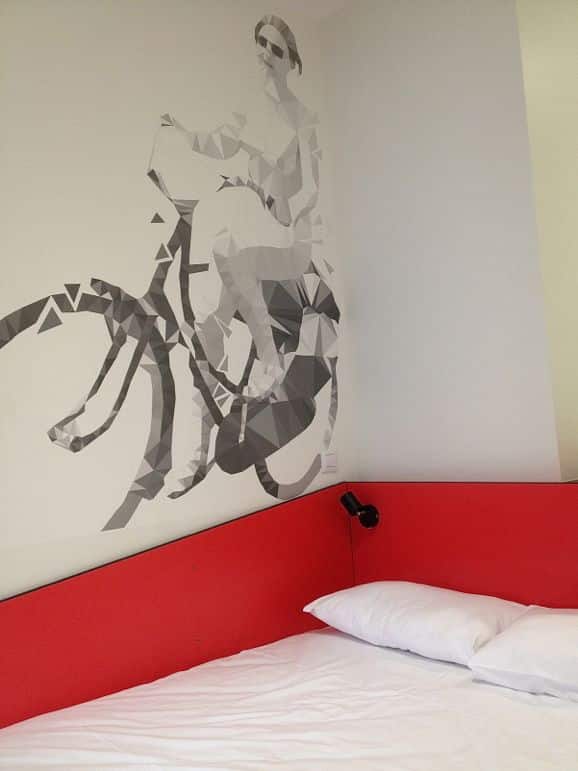 It took me just as long to take in my room, which the French might term ‘bijou’. It was pretty simple in its decor and there wasn’t a lot to discover. The floors were a form of hard-wearing waterproof covering, there was a double bed (which later turned out to be very comfortable).

I struggled with the fact there was no wardrobe or hanging/shelving space, but large button hooks. The bathroom was intriguing – a modular design, fitted whole into the room and plastered in, and reminded me somewhat of the bathrooms on a cruise ship, though quite tiny.

However I was impressed that private rooms were supplied with fresh fruit, bottles of water, tea and coffee-making facilities and biscuits. I also liked the fact that the electrical points also had USB plugs, so you could charge your device while something else was plugged in.

I was also taken by St Christopher’s focus on security. Rooms use electronic key-cards and you can’t access the lifts or stairwells without them. 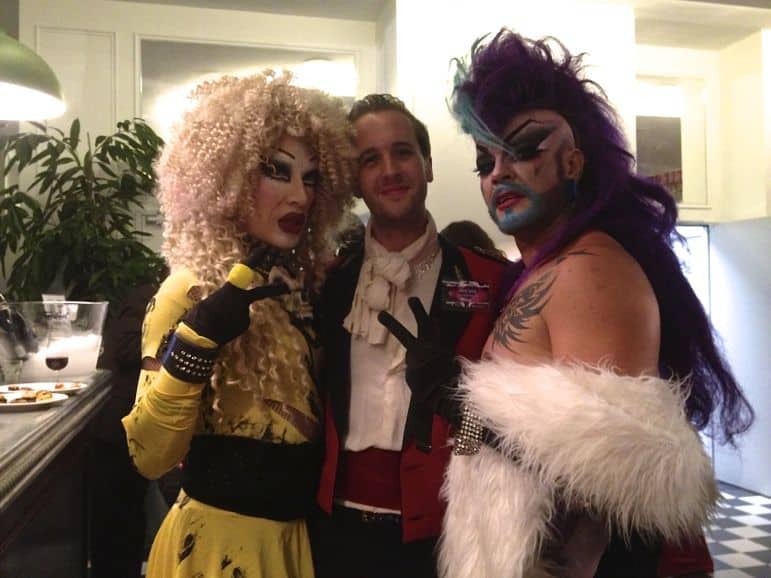 On even an average night Belushi’s is a lively bar. But for the St Christopher’s hostels’ launch party it was rocking. Moulin Rocks translated to feather boas, tutus, drag queens, stilt walkers, fire eaters, numerous bands and a whole host of extravagant characters.

A small part of me feared I’d be out-of-place – partying with sandal-wearing, 20-somethings who’d dropped in during their round-the-world gap year trip. But Belushi’s had plenty of surprises in store that night.

Champagne flowed, acrobats twirled, singers warbled and by the end of the night people a good number of years my senior, were jumping on Belushi’s central bar in raucous delight. 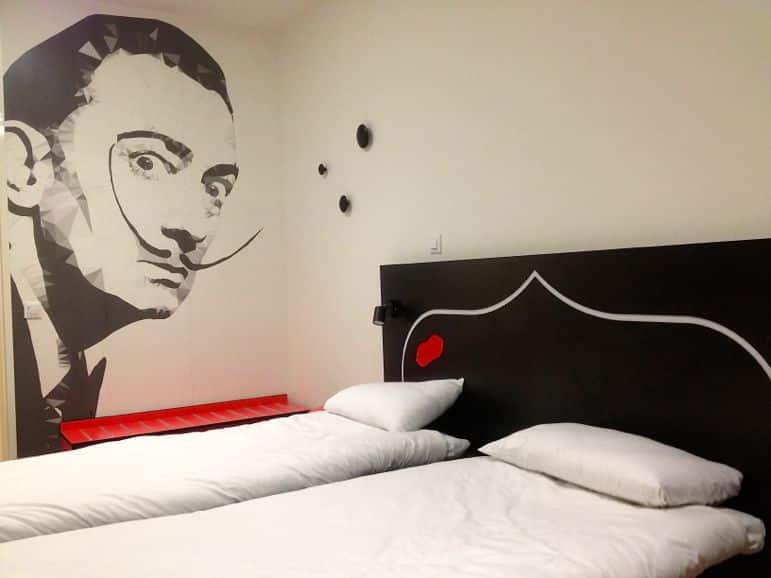 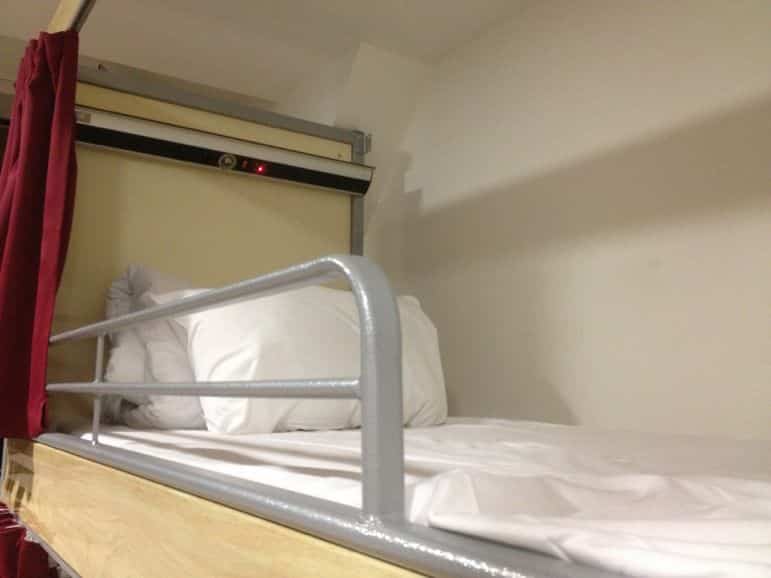 Leaving the party for a tour of other room types – the hostel has everything from my private room to eight-bed dorms, some with views of the Eiffel Tower – one thing struck me. Despite the thump-thump and excited chatter of the party a few floors below, plus the occasional comings and goings from the rooms, it was surprisingly quiet and I felt sleeping through the party (if you had really wanted to!) would not be a problem. 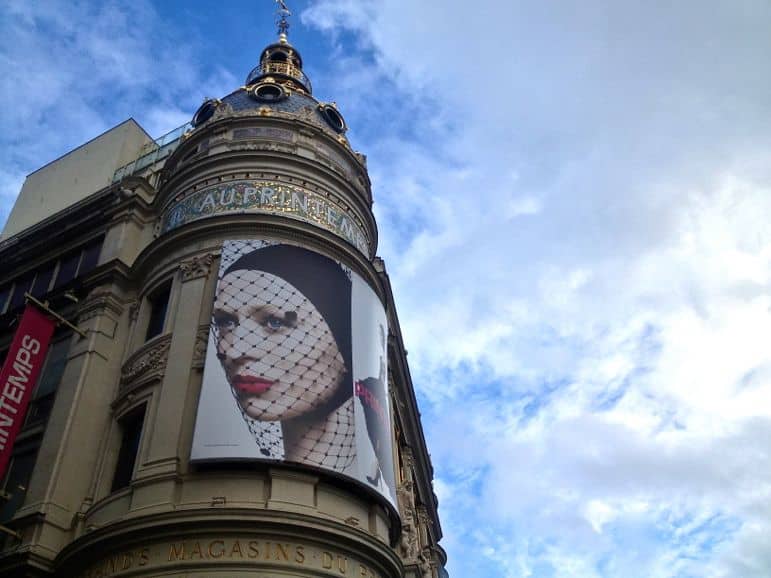 The next day I had the continental breakfast included with my room. It wasn’t exciting – largely ham, cheese, bread, cereal, fruit and drinks – but it was fresh, and I’m rarely impressed by a continental offering even of the five-star variety.

Later I sauntered Paris, hitting the shops and strolling the Seine, remembering all the reasons why it’s one of the world’s stylish (and most expensive cities). That night Belushi’s was much quieter, but it still had a band to entertain and cheap food and drink. 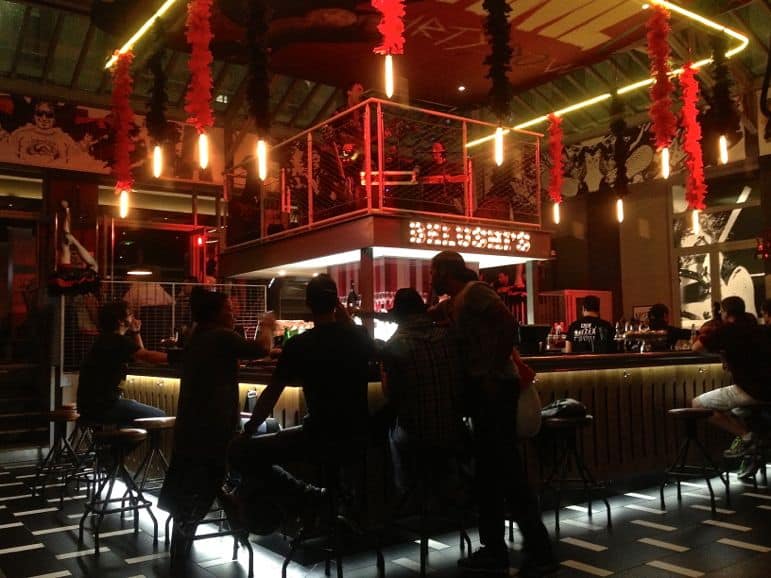 To me, it isn’t luxury accommodation – I’d find the small double/twin room and wee bathroom difficult to share with anyone I wasn’t extremely close to. But I do think the likes of St Christopher’s hostels are perfect for solo travel.

The room was spacious enough for me, while Belushi’s provided more than enough opportunities to socialise with other travellers – of all ages. And at just €50 a night for a private en-suite double room in the heart of Paris, it’s certainly an excellent, affordable option – saving money for a host of Parisienne luxuries. Shopping at Galleries Lafayette anyone? 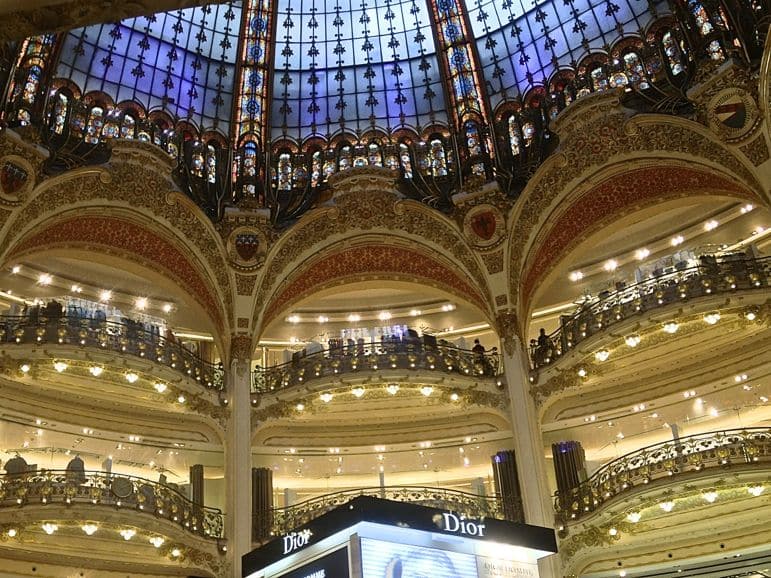