Cruise ships are a little odd – being neither hotel nor vehicle, one destination or another. But as someone more accustomed to travel on land, I was keen to test drive a cruise aboard Norwegian Epic to see how it fit with my travel style.

This wasn’t my first ever cruise, in fact I was lucky enough to be on board for Norwegian Epic’s launch in 2010, so I was already familiar with many of its features. And for anyone who has cruised aboard one of the modern, larger ships before, you’ll know that these features are many.

Norwegian Epic has 15 restaurants, 20 bars and lounges including the first Ice Bar at sea, a circus-themed restaurant, entertainment from Blue Man Group, two nightclubs, an aqua park, a spa, art gallery, and shops. 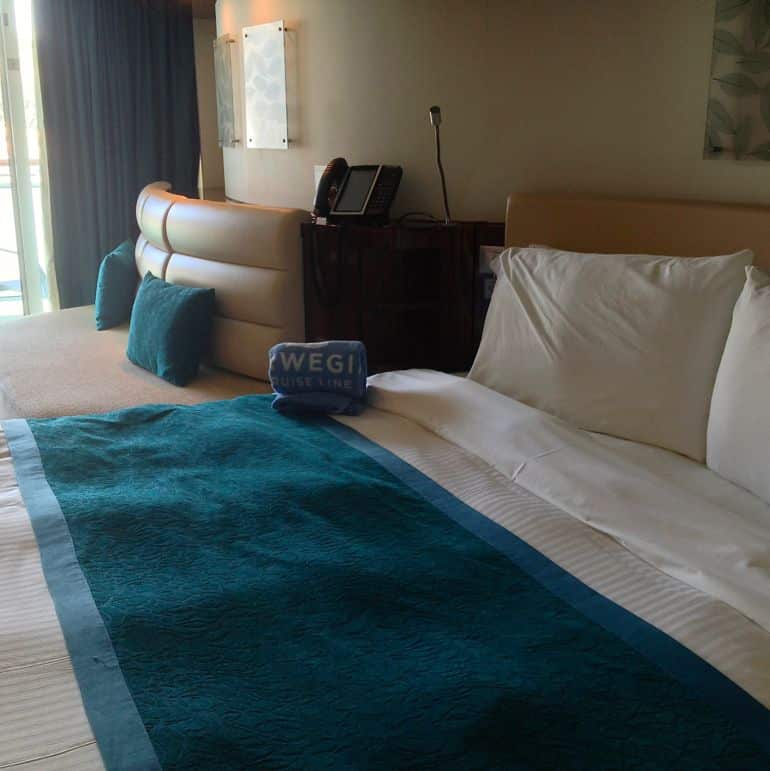 As we boarded Norwegian Epic in Barcelona I found my stateroom – 10127, towards the front of mid-ship. Unlike the family room shown in this video, which was very spacious, my stateroom was slightly tight on space, but not so as to be uncomfortable, and of course space is much more limited on ships than on land.

The room also had a clever wavy design with the curved edges allowing for a little more space than standard staterooms on other ships. One thing that has always impressed me about Norwegian Epic is the amount of storage in the staterooms – there’s a full-sized wardrobe, a half-sized one for shirts and trousers, a large cupboard (secreting away a safe), plus many other cupboards above the sofa and bed.

The stateroom bathrooms have long been controversial – if that isn’t an odd way to describe a bathroom. But the large shower, and separate toilet have frosted glass doors, which ostensibly could leave you visible to a friend you were sharing the room with, and are separated from the rest of the room by just a curtain.

But in truth, the bathroom set up is fine especially if you’re sharing accommodation with a partner, or aren’t overly bashful and worried about someone being able to see your bodily outline.

Norwegian Epic puts the world at your feet

We were set to sample a section of Norwegian Epic’s Mediterranean cruise, cutting a path from Barcelona to Naples, where we’d take a Mount Vesuvius and Pompeii excursion, and Rome. But despite the fact that the Norwegian ship runs a regular schedule of Mediterranean cruises (then Caribbean in winter), I wondered – was it possible to have a sense of place on a cruise? Ships will naturally take you to multiple destinations all over the world but you usually just get a taster of your port of call.

Certainly restaurants on board serve every international palate with an impressive selection of dishes, from a Brazilian Churrascaria, or steakhouse, through to the epicurean entertainment of the Japanese Teppanyaki. Then there’s my favourite – the rather Parisian, Le Bistro, where I highly recommend the snails to start and fruits de mer for a main dish. 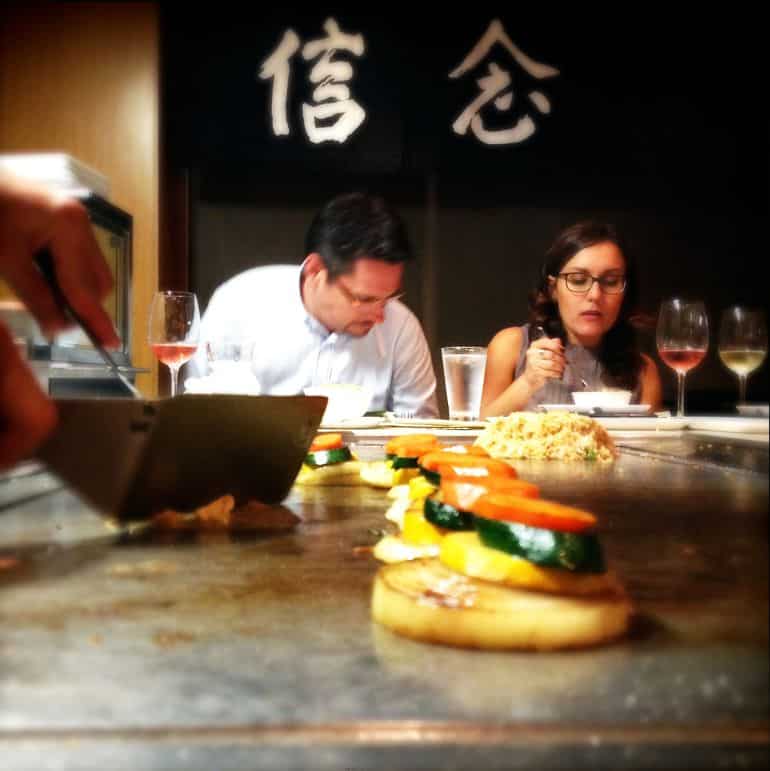 But if there’s one thing they all have in common is that the food on board is plentiful and delicious. Interestingly ships are also full board – I’d hesitate to say all-inclusive – all cruise ships are different, but few include drinks. However Norwegian Cruise Lines’ rates include all meals, entertainment, nightclubs and facilities.

We had a fantastic night watching The Blue Man Group – the excellent blue-faced show, which has a Las Vegas residency, has also been at home on Norwegian Epic since it launched. It really does have to be seen as the show is almost indescribable – except to say it’s brilliant, clever and very funny. We didn’t get to sample one of my other favourite shows/restaurants this time but I highly recommend a night at the Speigal Tent – a Big Top circus dinner show that’s one of the best at sea. 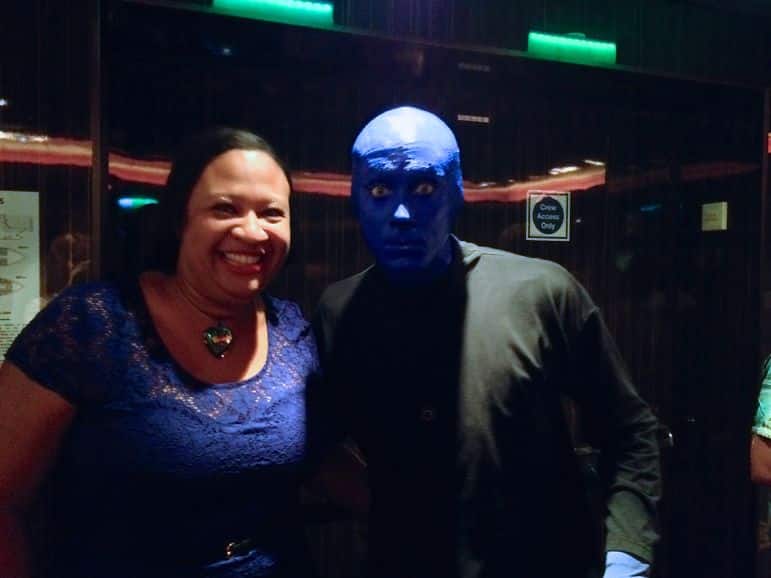 These shows and a few other entertainment venues, and the speciality restaurants, attract a small supplement but are well worth the money.

Elsewhere in the Norwegian Epic world I enjoyed the Ice Bar – yes, just like a giant freezer but with better cocktails – which reminded me a little of the one in London. Then there was Spice H2O – the Ibiza-styled open-air beach club, which has a great atmosphere and is a perfect place to take in the warm nights of the Mediterranean. 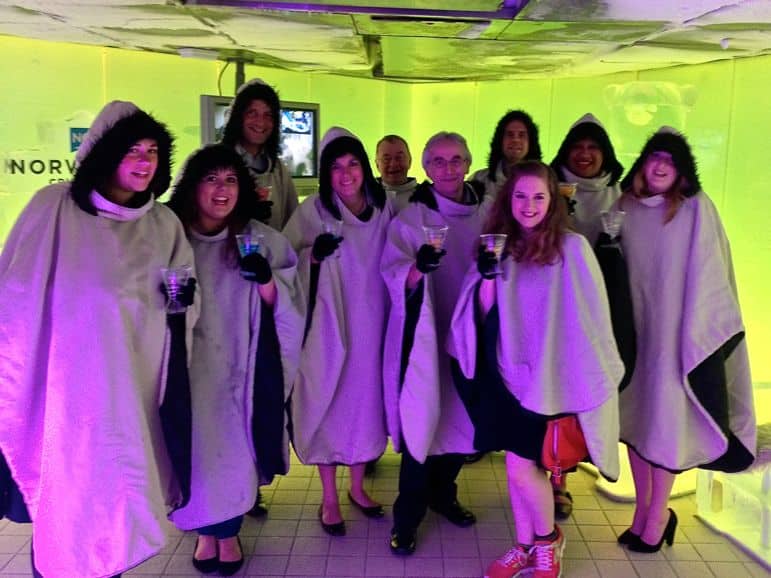 Only one area of the ship didn’t really chime with my favourite destinations around the world. As I walked through the swimming pool area very early one evening I felt like I was in Benidorm, in Spain. It was thronging with people and a little like a theme park with people shouting, drinking beer and cocktails and flying down the water slides while music pounded over loud speakers. But I suppose as with most things in travel it’s a case of horses for courses, and at least the ship can say it has something for everyone.

It’s important to note though that this was one particular part of a 19-deck ship, at a particular time of day. There are plenty of places to escape the crowds, even at sea.

And, if you’re looking for an altogether more upscale experience, you can also upgrade to a suite in The Haven. This area mostly on the upper decks and with private access on decks 18-19, has Posh Beach Club – with its own pool and outdoor area, private reception, lounge and bar, it has the exclusivity of a St Tropez-style beach club. The penthouses and villas here are large and luxurious, with very stylish interiors and additional features like separate dining areas, floor to ceiling windows, whirlpool baths, butler and concierge service. 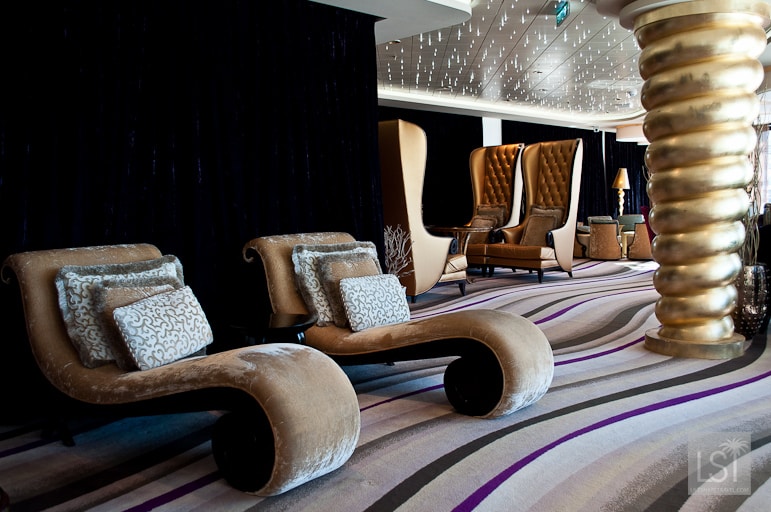 After a night at sea, we docked at Naples, first of our Italian stops. We’d only sailed across the Mediterranean Sea from Barcelona, and yet I felt I’d been so much further. To be onboard ship is to be in an unique environment, and perhaps, Norwegian Epic had somehow transported me around the world. 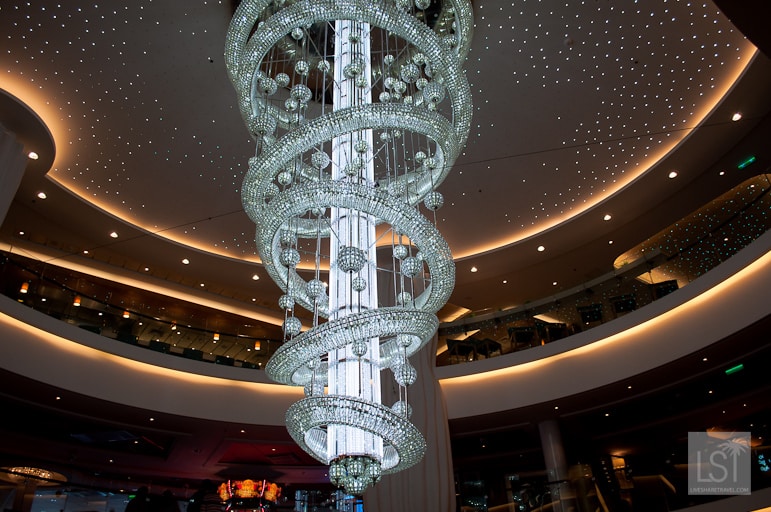 Norwegian Getaway which launched earlier this year and is home-porting in Miami, with sailings to the Caribbean, has many of the facilities of Norwegian Epic, but features a multitude of Miami-inspired venues.

The cruise line will also launch a further two ships in 2015 – Norwegian Bliss and Escape. These will be much larger than Norwegian Epic, carrying up to 4,200 passengers, and Norwegian Cruise Lines say they are set to include “a number of new spaces and interactive experiences”.

An inside stateroom on a Norwegian Epic Mediterranean cruise starts from £890 per person, based on two people sharing and return flights from London Heathrow on October 19, 2014.