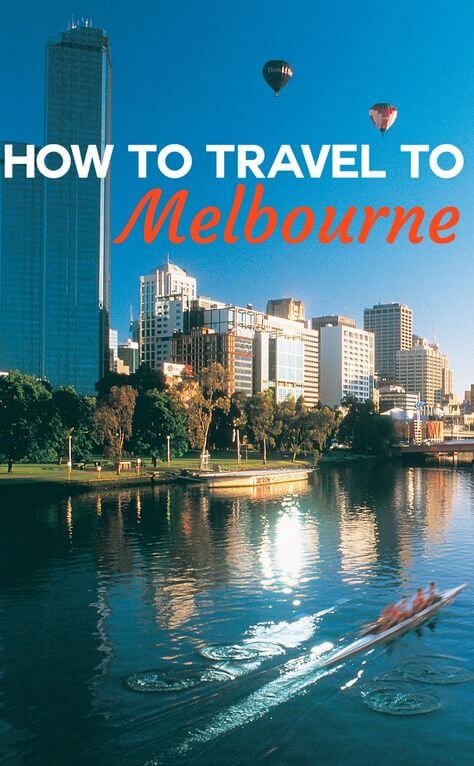 Melbourne is perhaps one of Australia’s best-known, yet overlooked cities. The locals hanging out in its vibrant neighbourhoods know it’s cool, other Australians love making for the city for a taste of its good life, but when foreign visitors go to Australia, they don’t usually have travel to Melbourne at the top of their list.

Trouble is Melbourne doesn’t have Sydney’s Opera House; in fact it doesn’t have many top-of-the-bucket-list man-made sights you just have to see.

It doesn’t have the natural attractions of Queensland like the Great Barrier Reef or the rainforest, nor does it have a mystical rock.

But for all it lacks in rocks, reefs and big ticket sights it more than makes up for in classic views and a lifestyle that’s perhaps intrinsically Australian – friendly, relaxed and with a penchant for the finer things in life.

Why travel to Melbourne

Melbourne is in the state of Victoria, a region renowned for excellent wines – pinot noir, pinot gris and chardonnay the most widely produced. And with good wine comes delicious food – so it’s a destination rich in passionate food producers. 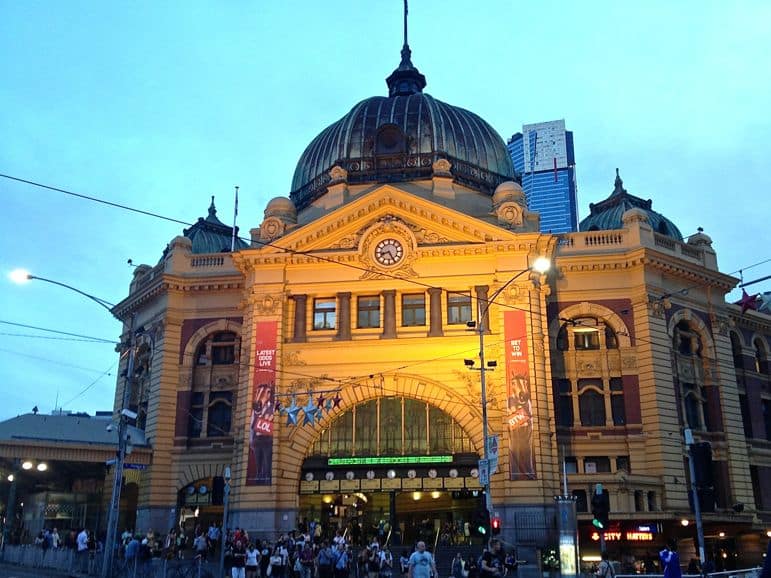 Formerly known as the Garden State, before changing its slogan to The Place to Be (yes, really!), Victoria is far greener and the landscape lusher than the dusty Outback many of us think of when contemplating Australia. 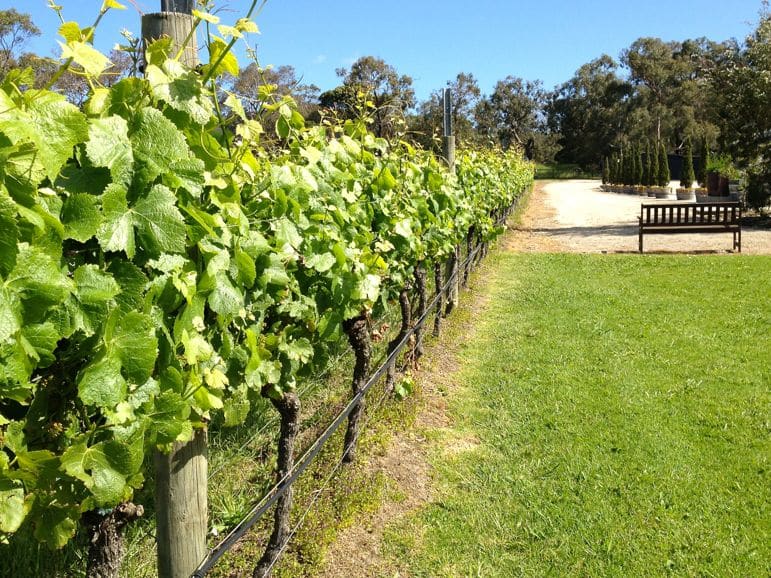 Gardeners should take a trip to Melbourne for its two Royal Botanical Gardens, Heronswood – known around the world for it’s Diggers Club chock full of heirloom plant varieties, and many beautiful rose gardens. 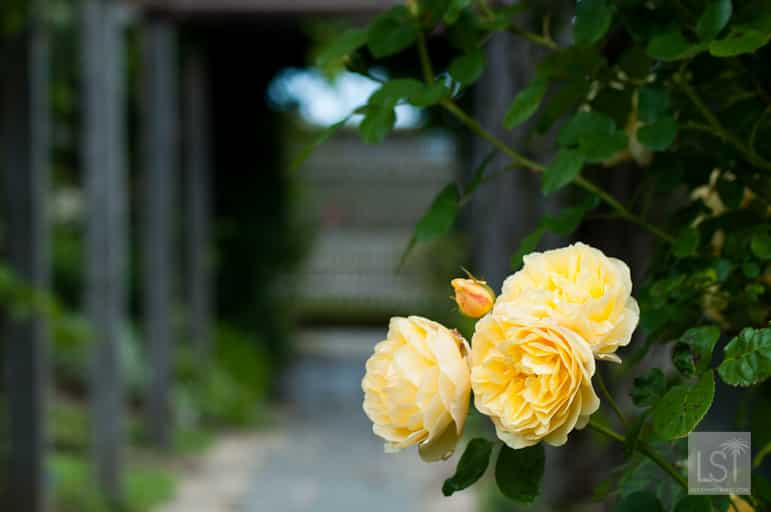 Melbourne has much to recommend it from laneways with chic boutiques, bars and restaurants to lose yourself in, beachside areas like St Kildas and a killer coffee and foodie scene. Then there’s it’s sporting attractions – Melbourne is the spiritual home of sport in Australia, a country renowned for it’s love of bats, balls and all manner of athletic achievements. 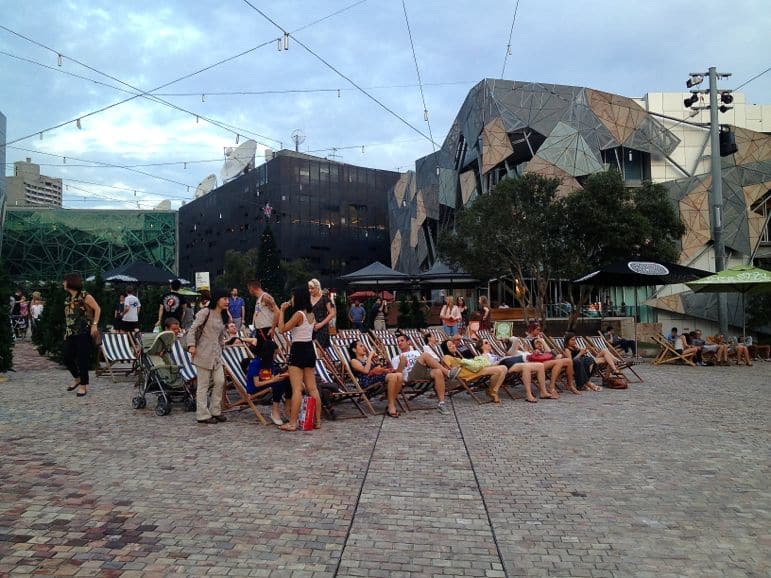 But the rest of the state is also very accessible from the city – within an hour’s drive you can find yourself in the rolling countryside of the Yarra Valley, the fragrant and creative gardens of Mornington Peninsula, or further afield the evocative coastline of the Great Ocean Road. 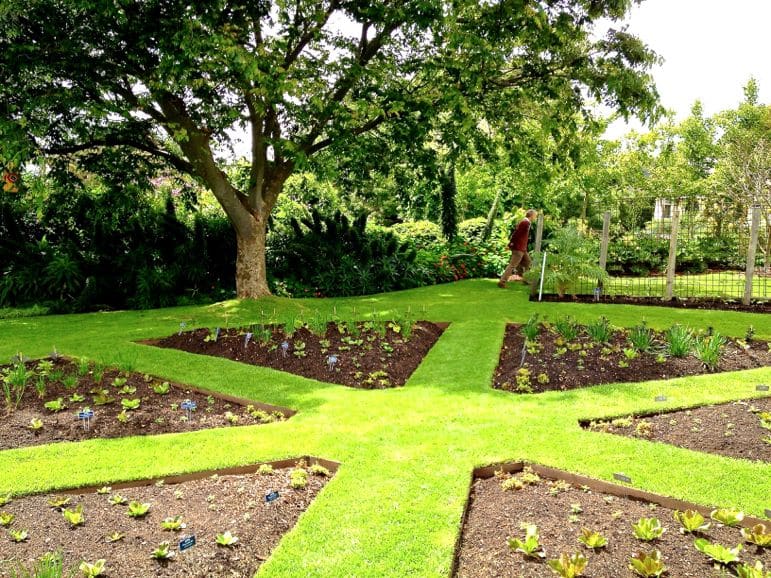 The city naturally has a fantastic range of hotels. Our favourites include the very stylish ‘art’ boutique hotel The Olsen where rooms have artworks, floor to ceiling windows and fun extras like dice to help you decide what to do with your day.

Then there’s the Grand Hyatt Melbourne, winner of the Best Upper-Upscale Hotel in Australia award at the 2014 HM Awards. Centrally situated on Collins Street, it has large rooms with marble bathrooms, floor to ceiling windows and excellent facilities, such as its spa, buzzing cocktail bar, RU-CO, and Collins Kitchen restaurant. 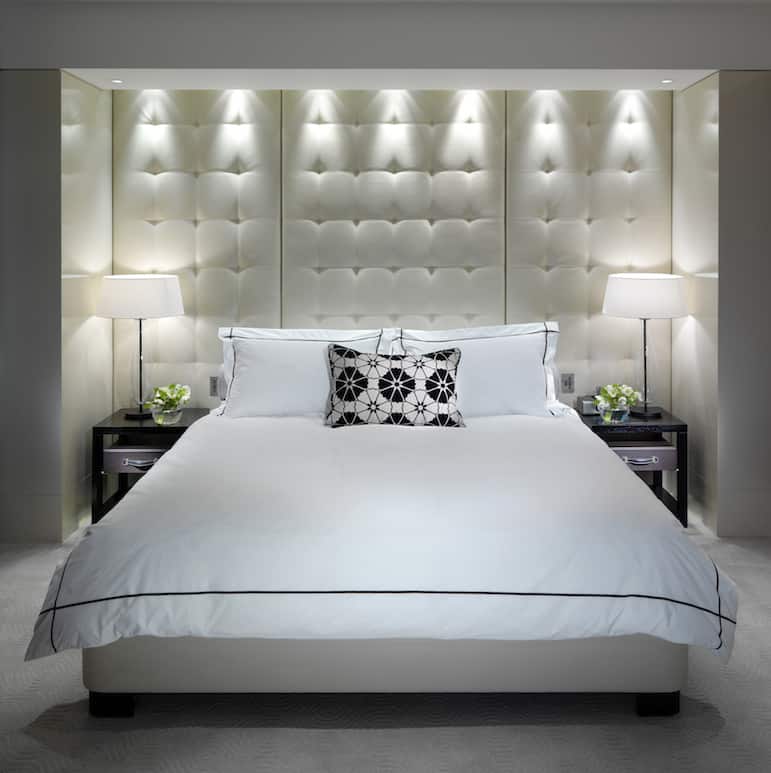 Finally, the Crown Hotels – encompassing Crown Promenade, Crown Towers, Crown Metropol – are renowned for their riverside Southbank location. The Crown Casino and Entertainment Complex, which houses all three of the hotels, is also popular with foodies. It is home to 40 restaurants, including famed Japanese chain, Nobu and Heston Blumenthal’s Fat Duck for six months in 2015.

Compare prices of hotels in Melbourne

How to get to Melbourne

There is no easy way to fly to Australia from Europe – unless you have at least two nights’ stopover somewhere it’s going to be long and arduous. But I think my flight with Royal Brunei was one of the best ways to do it. It was actually three flights of approximately seven hours each, which is great if like me you start to get a bit twitchy seven hours into a long haul flight.

Royal Brunei recently launched flights from London to Melbourne (via Dubai) aboard shiny new Boeing 787 Dreamliners, great because they’re quieter and modern technology means they can keep the cabin pressure lower, so you should arrive feeling a bit fresher Down Under.

However you’ll also find flights with a host of airlines, with connections from Europe in either the Middle East (Dubai, Abu Dhabi, and Qatar) and Asia (Bangkok, Singapore, Hong Kong, Manilla, Kuala Lumpur, Seoul and Beijing), or from North America via Los Angeles or New Zealand.

Within Australia you can fly to Melbourne with internal flights from all major cities. 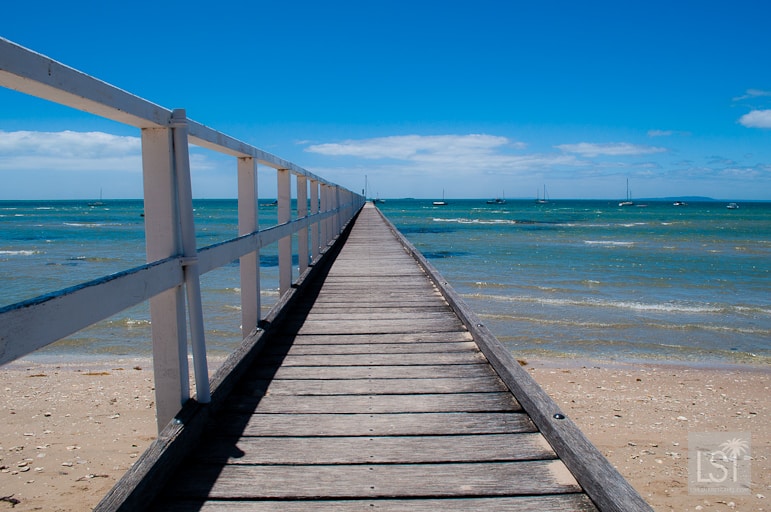 Search for flights to Melbourne

The state of Victoria is an excellent place for a road trip – from the Great Ocean Road to the South East Touring Triangle taking in Mornington Peninsula, Phillip Island and the Yarra Valley and this fancy ebook has an itinerary for every daytripper and roadtripper (click below to see more). 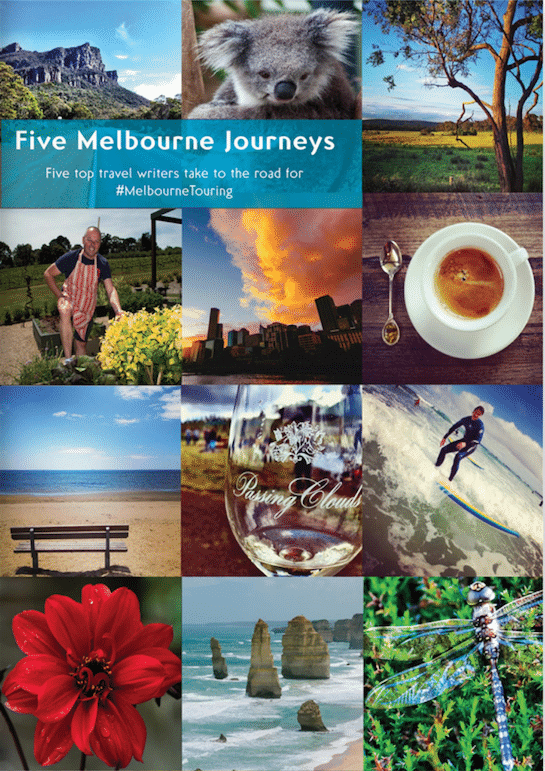 It features my drive through the gardens of the South East Touring Triangle, Keith Jenkins from Velvet Escape heads to the Great Southern Touring Route, the Grampians, Daylesford and Halls Gap, Niamh Shields from Eat Like A Girl chomps her way through the epicurean delights of the Yarra Valley and Mornington Peninsula, Paul Dow from Trav Monkey is on the road to adventure on the Lakes Discovery Route and Abigail King of Inside the Travel Lab takes in the views on the Great Ocean Road. 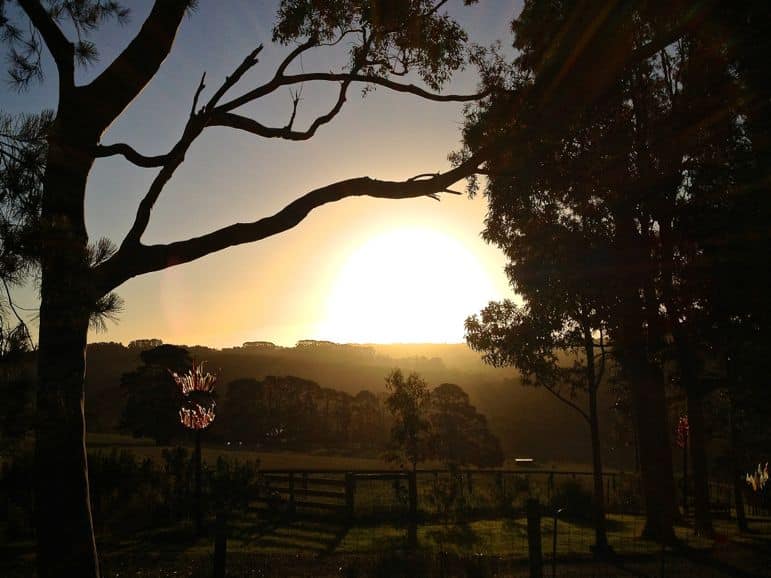 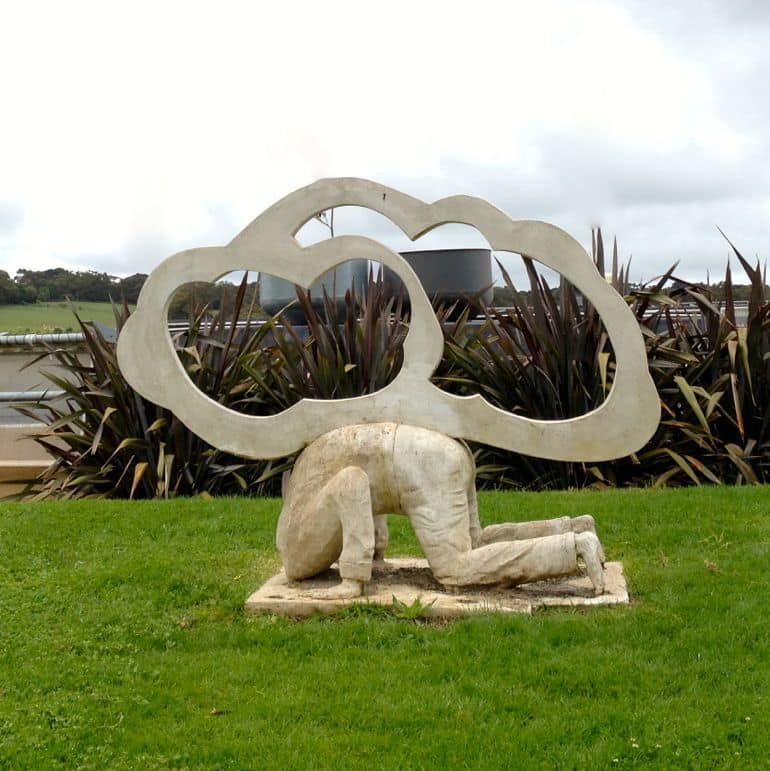 I went #MelbourneTouring on a trip created and managed by iambassador, Tourism Victoria and Visit Melbourne in partnership with Royal Brunei Airlines. As always all opinions are my own.