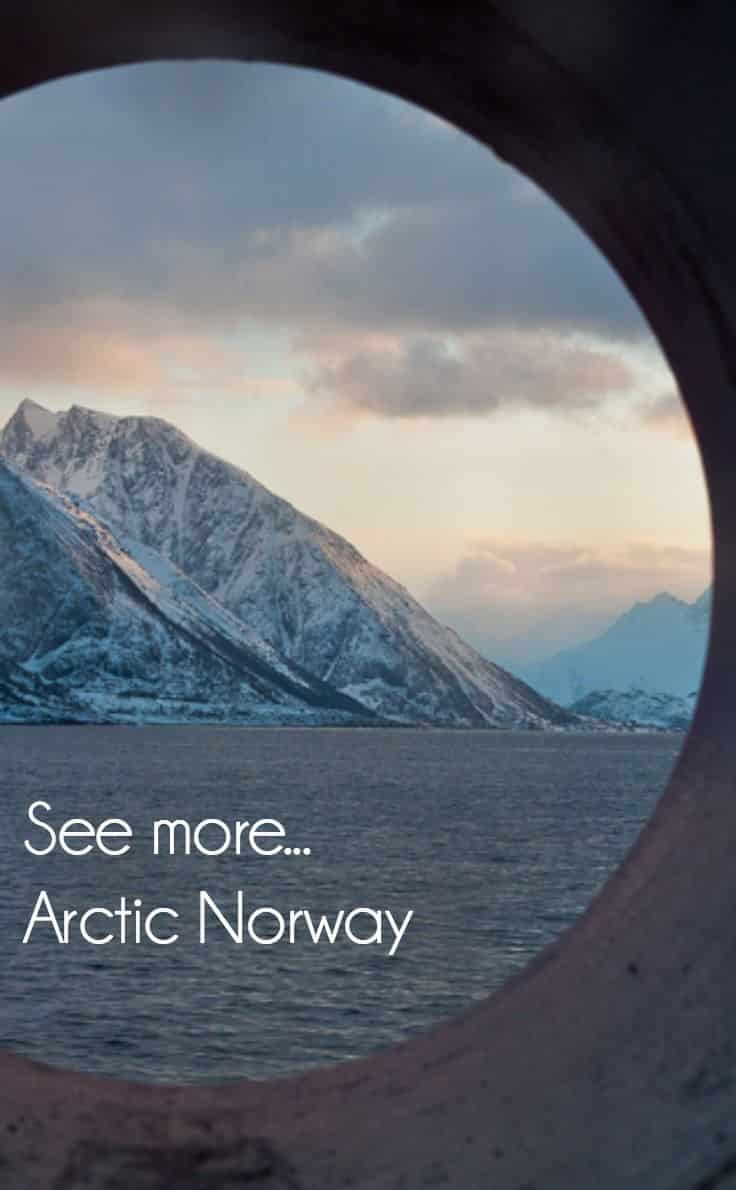 Arctic Norway – how to encapsulate this land shaped by water and ice in mere words?

Even before we approached the northerly reaches of the country, I was giddy with the visual feast before me.

There’s subversiveness to the word erosion. But for that, the incessant freeze and thaw of thousands of years, and a level of inaccessibility to man, we must be thankful. They’ve combined to create scenery that makes the eyes widen with wonder.

Unfortunately for me my eyes started widening from behind the porthole in my cabin. I was enjoying a Hurtigruten cruise north from Tromsø, but it wasn’t long before the Arctic Ocean revealed its wild side. Seasickness took hold. My swirling head and stomach demanded I spend more time in my cabin than I might have liked.

But who could miss all of that beautiful scenery? I took shots from my porthole to at least sample the views. Then when my curiosity could stand no more, and with the ship steady in its numerous ports I would head up on deck to take in full 180-degree views of Arctic Norway. Click the panorama images below to see them full size (as panoramas they’re pretty large files so give them a moment to load).

Arriving into the port of Kjøllefjord in Arctic Norway, I’d been particularly unwell on the preceding stretch of the journey, but couldn’t resist going on deck to take in more of the scenery.

Taking a husky ride across a frozen fjord near Kirkenes was an unexpected highlight of Arctic Norway – a great excursion on my Hurtigruten cruise.

At Vardø I stayed on ship during our short stop – around 45 minutes. And though I missed out on its historic 13th century fortress I didn’t regret it. The views from the ship were spectacular. And when Arctic Norway’s weather turned on its heels – engulfing a beautifully bright day with a snow dome-like blizzard in minutes – I retreated to the warmth of the ship. 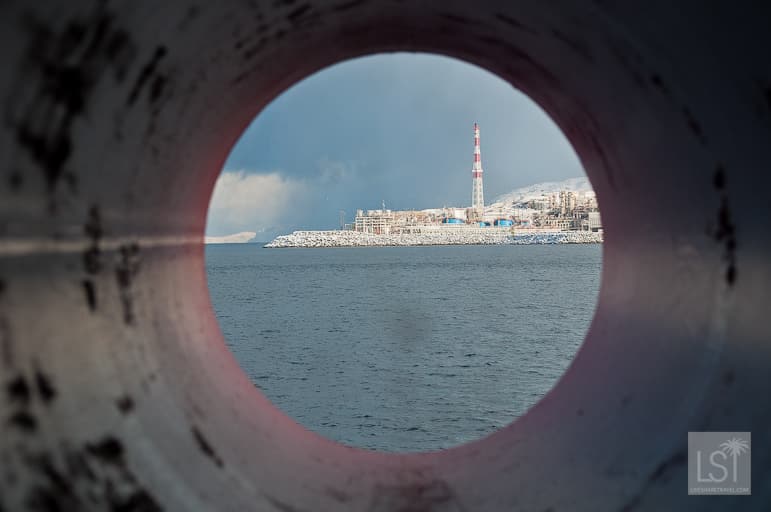 There’s little industry scarring Arctic Norway, and even Melkøya LNG, the gas plant outside of Hammerfest wasn’t enough to blot the landscape.

The town of Hammerfest is the largest in northern Norway and the final long stop on the Hurtigruten cruise before sailing for Tromsø. 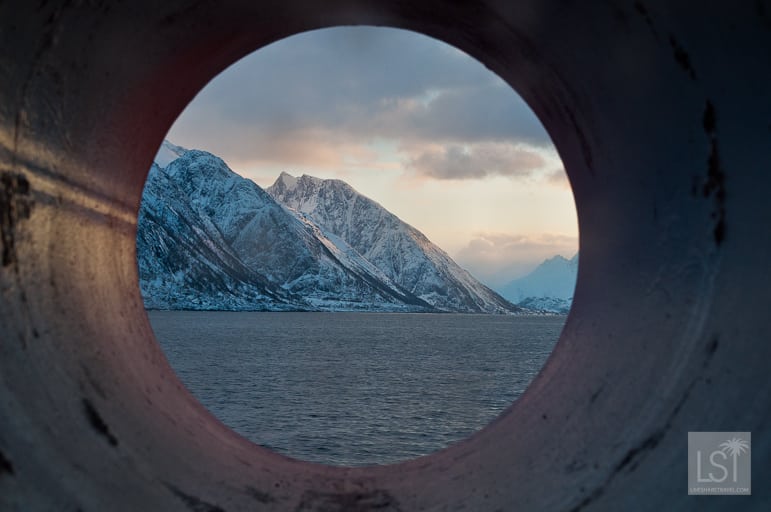 One more view from below deck, coaxing me upstairs to see Arctic Norway in all her glory.

Hurtigruten’s Arctic Highlights package starts from £999 per person and includes:

*Lunch can be purchased on board for 350NOK per meal.