“If those 27 tons of equipment hovering high above the stage fall, the show is over.”

‘The Phantom of the Opera is there inside your mind’, according to the song, and he was suddenly very much inside mine.

I was on a backstage tour of Her Majesty’s Theatre, in Haymarket, London, home for the past 28 years to one of the most successful musicals in the world, Andrew Lloyd Webber’s Phantom of the Opera.

As a long-standing fan of the show I leapt at the chance to take a Phantom of the Opera tour including a peek backstage at the theatre. It was a chance to see all the props and get the low-down on what it takes to stage this world renowned musical.

Organised by City Wonders Tours, the Phantom of the Opera tour included the backstage tour and a pre-show meal at the Grace restaurant, before we took our front row balcony seats for that evening’s performance. 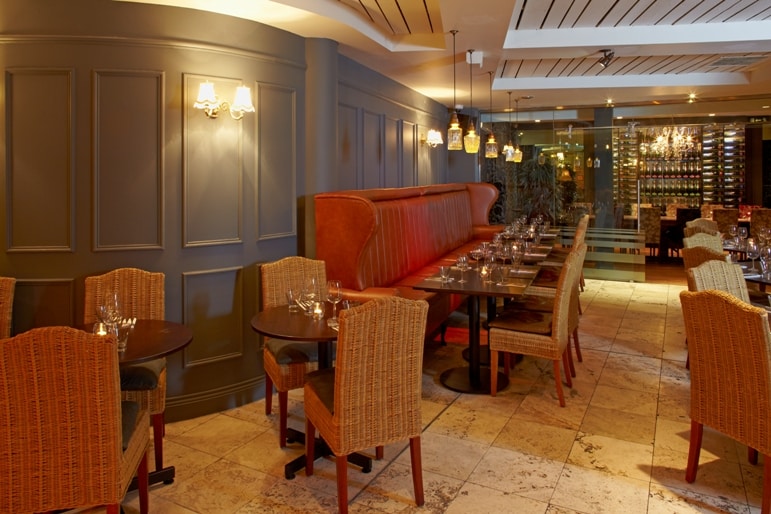 Our Phantom of the Opera tour started with a walk around London’s theatre district with our expert guide, Phil. He shared its long history, highlighted the theatres and outstanding individuals that have ensured London’s West End is the premier location for live theatre. 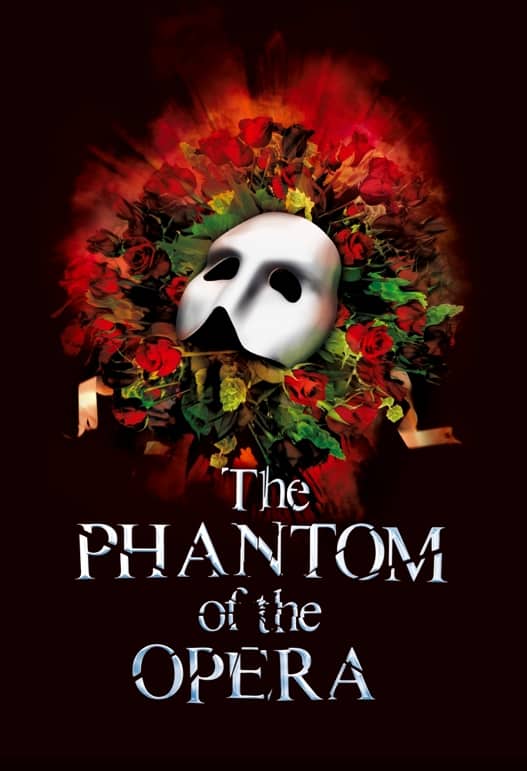 Back at Her Majesty’s Theatre we were led backstage, which for me was like being given the keys to a sweet shop. The theatre dates back to 1897, and the stories and secrets of the site where so many big stars had performed, were about to be revealed.

Treading the boards on the Phantom of the Opera tour

Alex and Neil, two very engaging and well-informed members of staff, guided us through the very confined space that is the backstage area, and onto the surprisingly small stage. They explained the detailed pre-show testing of equipment and organisation that takes place. While all around us technicians and stage hands were hard at work.

Her Majesty’s, though small backstage, is a medium-sized theatre with 1,171 seats. It is in a Grade Two listed building, protected by English Heritage which poses major problems if they need to adapt the theatre to accommodate the show. And they can only do so if granted special permission. 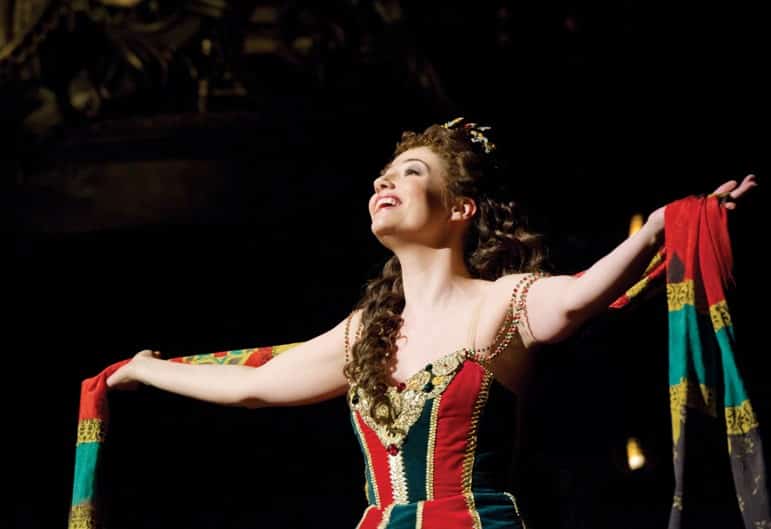 Phantom of the Opera has a cast of 27, supported by an orchestra of 27 musicians. Alex explained that Andrew Lloyd Webber insisted on a real orchestra and wouldn’t allow taped music to be used.

He also ensured that all the curtains and silks in the show were of the highest quality – no corners were cut. The show’s royal boxes are also based on the original Parisian design.

As space backstage is so limited, much of the equipment and props are only just out of sight of the stage, and 27 tons of scenery, lighting, curtains and equipment are permanently hovering in the rigging, high above the performing actors.

We also learnt that the show’s famous chandelier weighs one ton, the safety curtain in all theatres is a legal requirement, Her Majesty’s has one of only two thunder runs (used to make the sound of thunder) in the country, and that The Hof, actor and singer David Hasselhoff, took the Phantom of the Opera tour a few months ago and has signed part of the scenery. Neil proudly showed us the Hof’s signature.

Her Majesty’s stage was also where the great comedian Tommy Cooper collapsed and later died in 1984, while he was starring in a live television broadcast to millions of people across Britain.

Unfortunately, we were not allowed to take photographs on the Phantom of the Opera tour due to copyright issues. This was a disappointment, but the memories will linger for a long time.

The grand finale for the Phantom of the Opera tour was the show itself and even though this was the third time I’d seen it live, the whole production was just as fabulous and spectacular as I remembered. 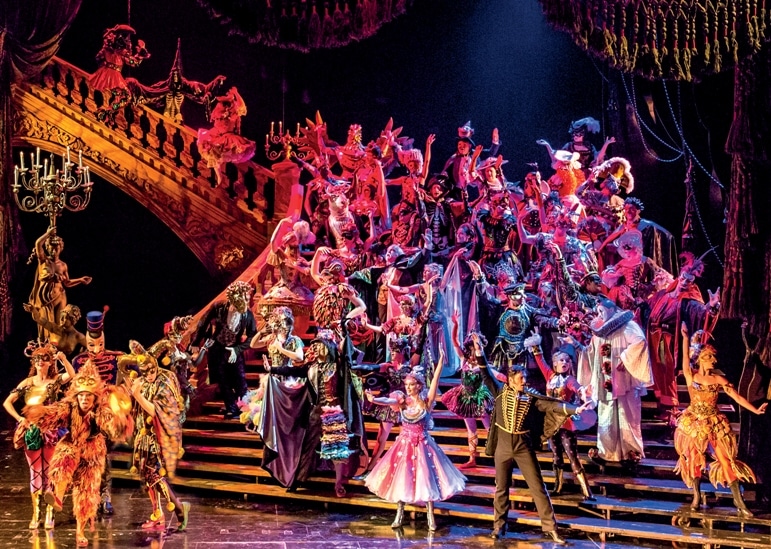 The Phantom of the Opera tour is an excellent accompaniment to a wonderful theatrical production, with beautiful music and all set in an iconic theatre. Yet by adding in the backstage tour and pleasant meal the theatre visit has been turned into a real occasion – enjoy.