“Rest. Rest your weary heid,” a Scottish voice seemed to sing through my subconscious.

And yet there was no one nearby. It was just me and my view – Loch Melfort stretching out ahead, coasting around this edge of western Scotland until it met the Atlantic Ocean. 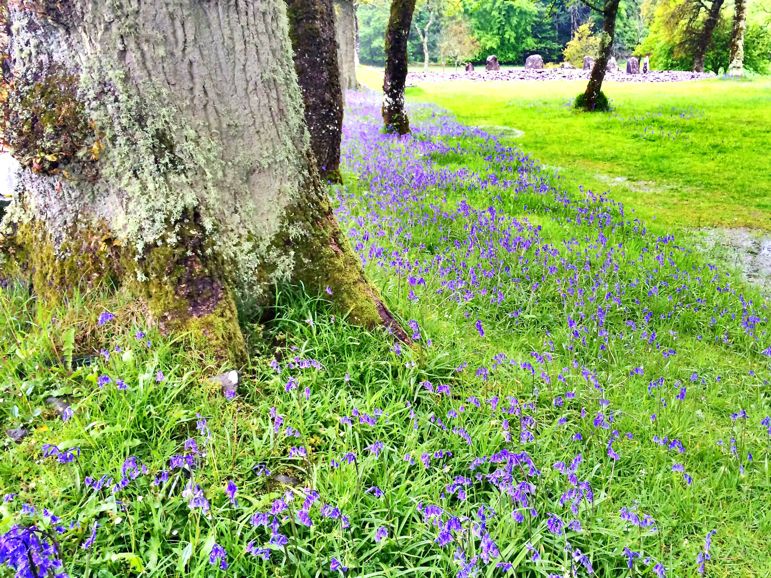 Tranquility whispered across the landscape.

At the source of Loch Melfort the River Oude soaked into the loch rather than rushed, and it was quiet enough to hear the swish of wings from a heron or an eagle before you even saw them. Perhaps this detracted from these hunting birds’ stealth, but for me the silence helped make Loch Melfort my perfect place.

I could have stayed there for hours relaxing in the sunshine of my early Scottish summer. But beyond Loch Melfort there were yet more tranquil spots. 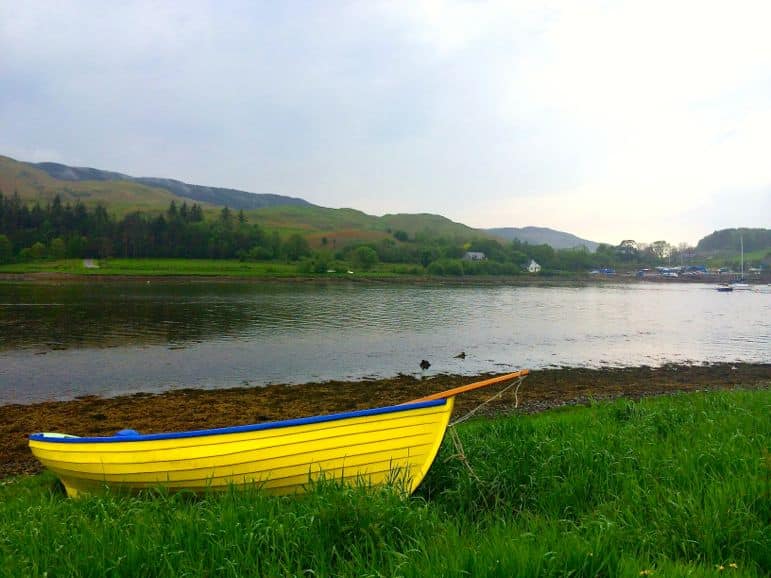 Driving from my cottage accommodation at Melfort Village, I took the road towards the historic town of Oban. Past fields and glens I drove, the green hillsides occasionally giving way to a flash of steely blue, delicate bluebells huddling together for dramatic effect. 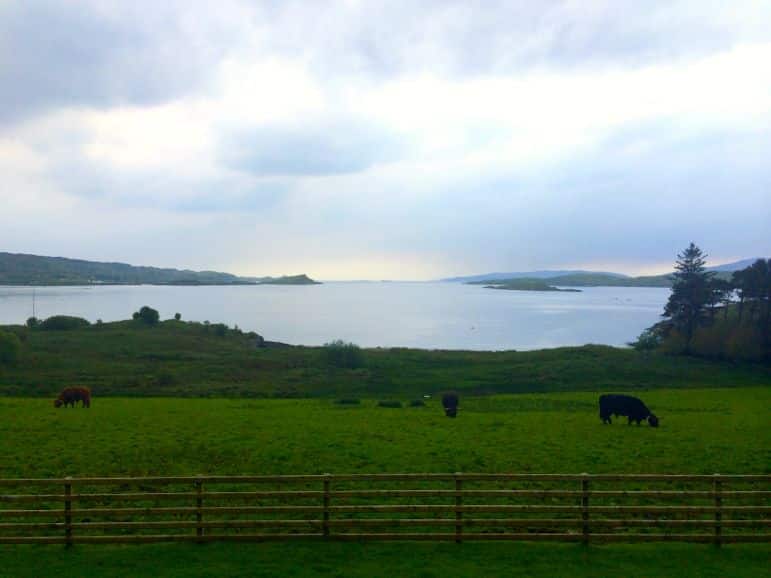 And as the road switched and turned with the contours of the land, I would see a view I had to photograph, then another, and another.

Just outside Kilninver I stopped at another loch, Loch Feochan, where a small rowing boat, the only vessel floating out on the water, enticed me near. It was a blissful scene – the late evening summer sun teasing brown, gold and russet from the reeds at the lochside, while fertile green hills rose behind it. Given the chance, or at least an invitation, I’d have boarded the boat and lay there till the stars came out to fill the clear sky. 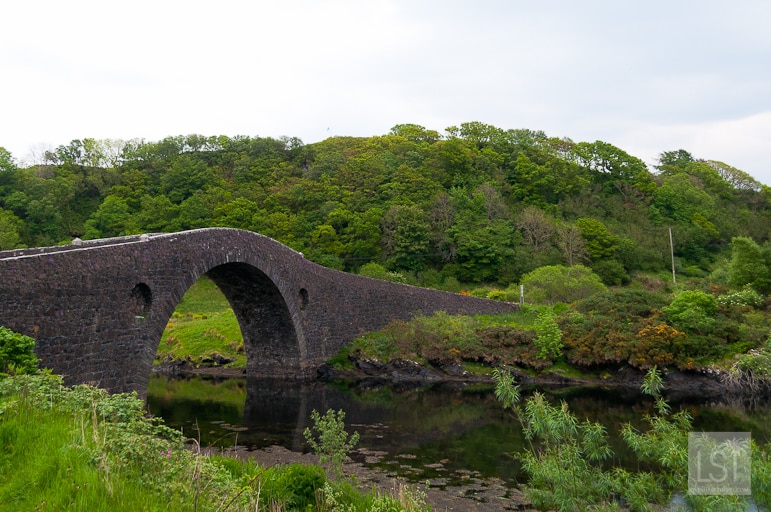 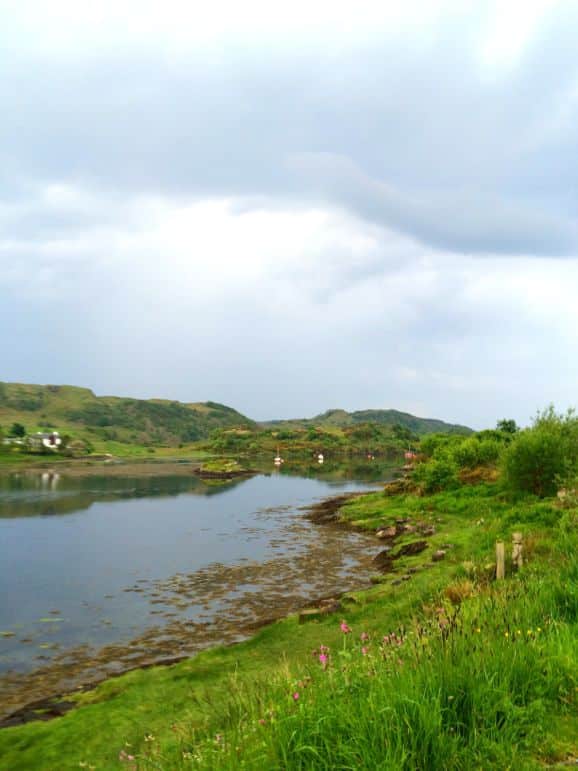 But it wasn’t only at Loch Melfort and Loch Feochan that I found tranquility whispering on the clear, clean air. 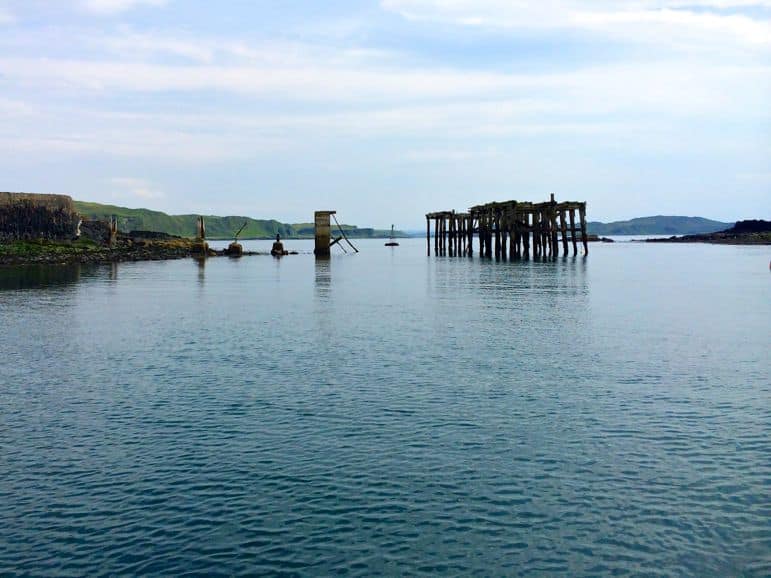 In this peaceful corner of western Scotland I also enjoyed the hush of the landscape on Seil Island, where boats near the humpbacked Bridge Over the Atlantic completed an idyllic scene and sea birds hovered over the dramatic sea view at Easdale. 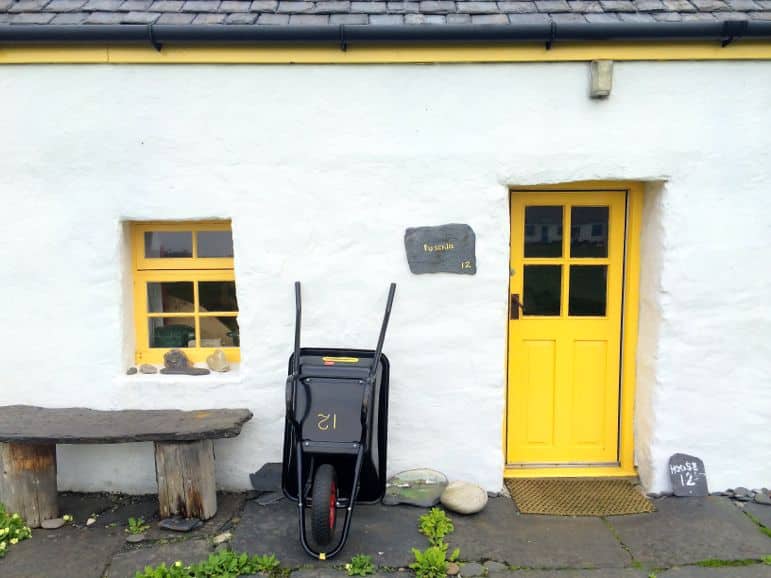 Then there was Easdale Island itself – population: 60, perhaps one of the smallest and most peaceful island communities in the world. There are no cars on the island to breach the peace, so islanders use wheelbarrows to carry their goods from the ferry terminal to their homes. 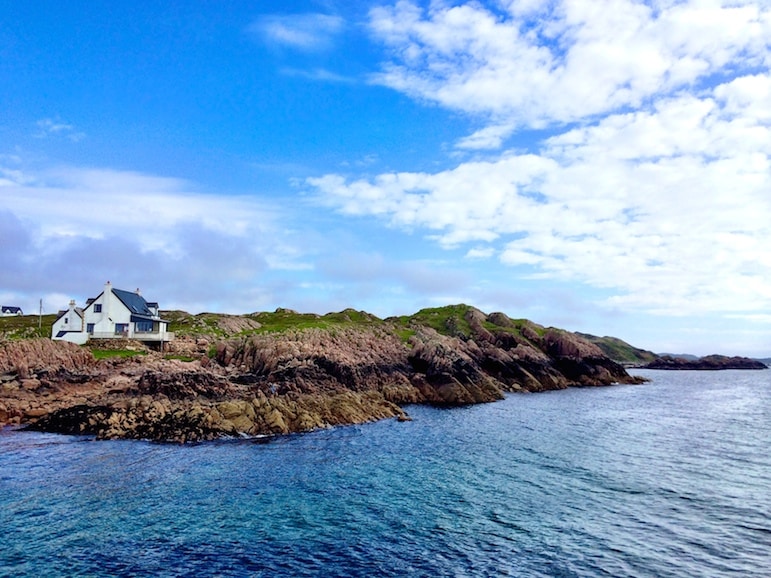 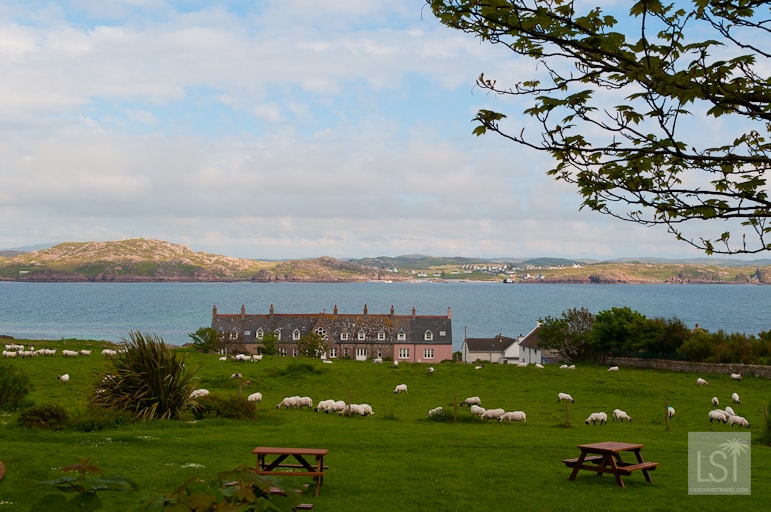 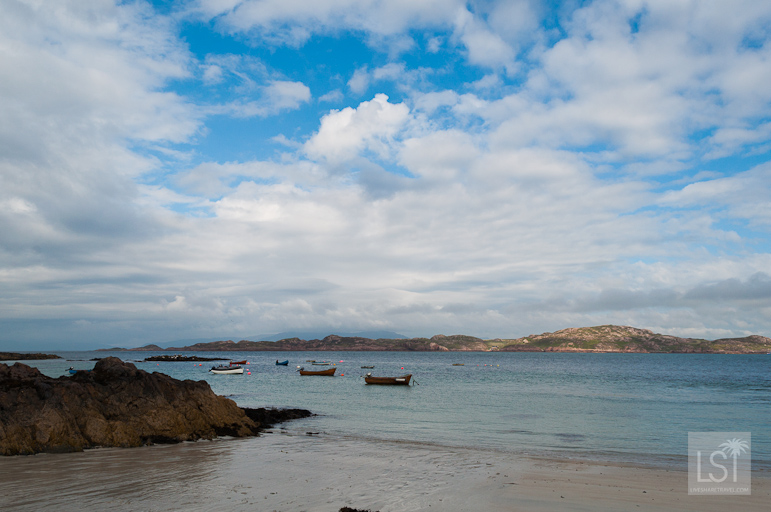 On the Inner Hebrides’ islands there was tranquility in the landscape – rugged hillsides rolling away from the only road on Mull, peace amid the ancient ruins of a nunnery, sheep-filled pastures and sea views on Iona, and a drama to Fingal’s Cave on Staffa Island – home to seals, shags, and puffins. 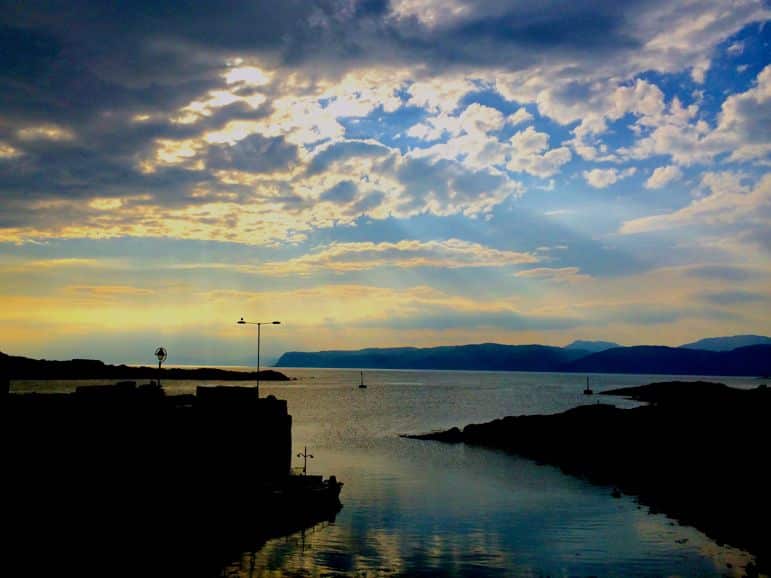 As days drew to a close Loch Melfort and western Scotland unveiled wondrous skies – the sun setting on the quiet of the day and embracing serene nights. 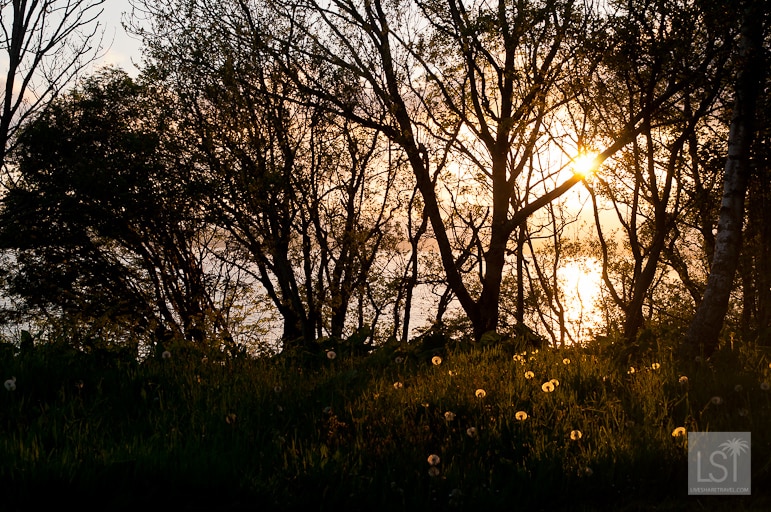 Holidays in Oban – whisky, history and unexpected treats
How to upgrade your travel on low cost flights