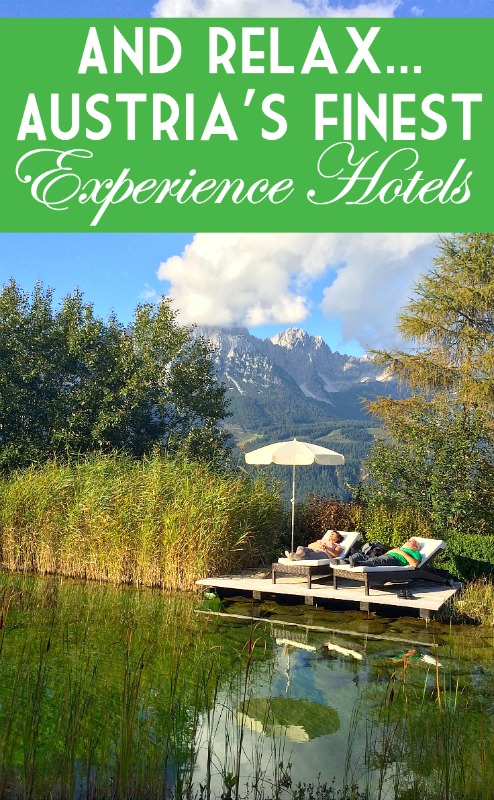 A towering natural phenomenon dominated the scene as we wound our way up a narrow road to one of Austria’s most luxurious hotels.

Basking in the sunlight was the imposing Wilder Kaiser mountain range on the outskirts of the town of Ellmau, and as it disappeared from view behind the white building, we’d arrived at the boutique Kaiserhof Hotel.

But the view wasn’t to be hidden from sight for long – the pointy peaks of the Wilder Kaiser make the Kaiserhof what it is, after all, the mountain’s in the name.

The Kaiserhof is not simply a mountainside lodging, where its panoramic views are the main attraction, though.

Owners, the Lampert family, have a focus on the small things that make a big difference for guests. There’s colourful gardens, an outdoor children’s play area, a spectacular swimming lake and most of all peace and quiet on the mountainside.

The hotel offers exceptional dining and has an enviable wine cellar overseen by a former sommelier of the year, and an extensive spa that could renew and invigorate any manner of stresses.

Celebrated sommelier Karl Rotheneder holds weekly wine tastings each Wednesday. And we made sure we didn’t miss out on a chance to sample the hotel’s best vintages. Karl took us through the finer points of seven different wines, explaining the background, which part of Austria it came from as we discussed tasting notes and sampled each. 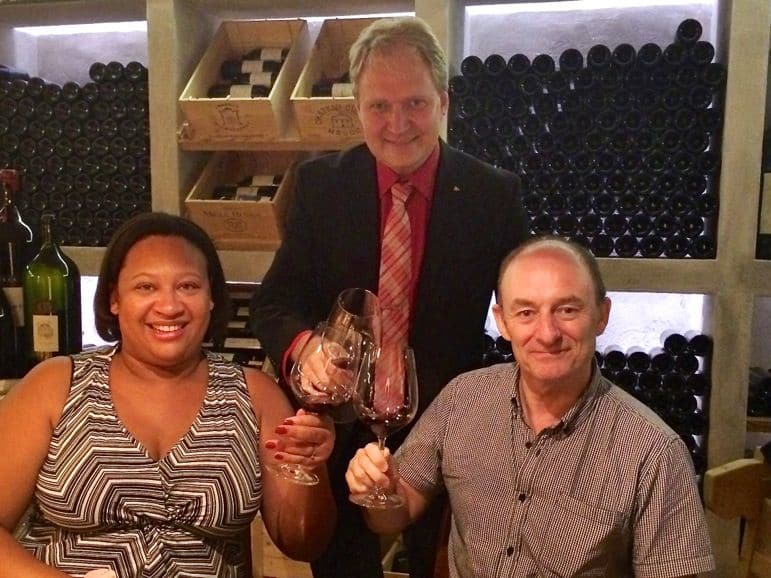 The Kaiserhof has wines from around the country all chosen, produced and labelled for this, one of the most luxurious hotels in Austria. And these are beautifully paired with locally sourced produce.

Each evening our dinner was an excellent array of dishes, expertly prepared by chef and owner Gunter Lampert. Gunter was Austria’s cook of the year 2011. He’s even has a book published, “Von der Natur des Genießens”, which contains recipes guests dine on at the Kaiserhof. 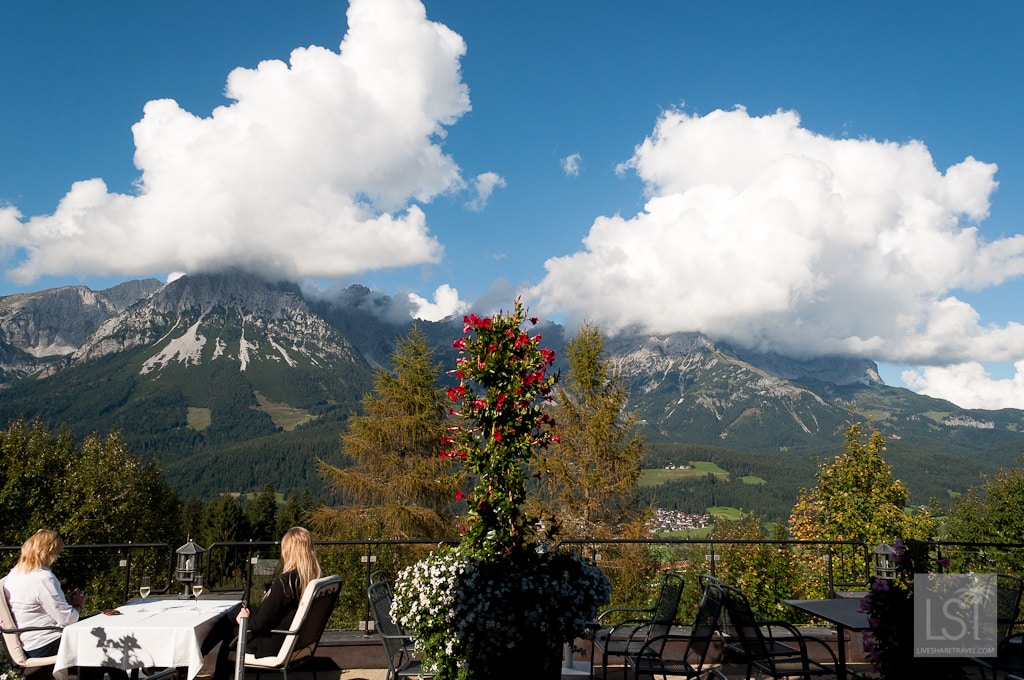 We dined on tantalising courses such as venison wrapped in cacao and pepper with elder sauce, turbot with tomatoes and ceps á la nage and traditionally Tirolean cheese spätzle while gazing at the ever present Wilder Kaiser. Meanwhile Karl was on hand to highlight wines that created a perfect marriage with our meal – a sparkling wine to start, Lower Austrian chardonnay in the middle, and a Gruner Vertliner ice wine to finish. 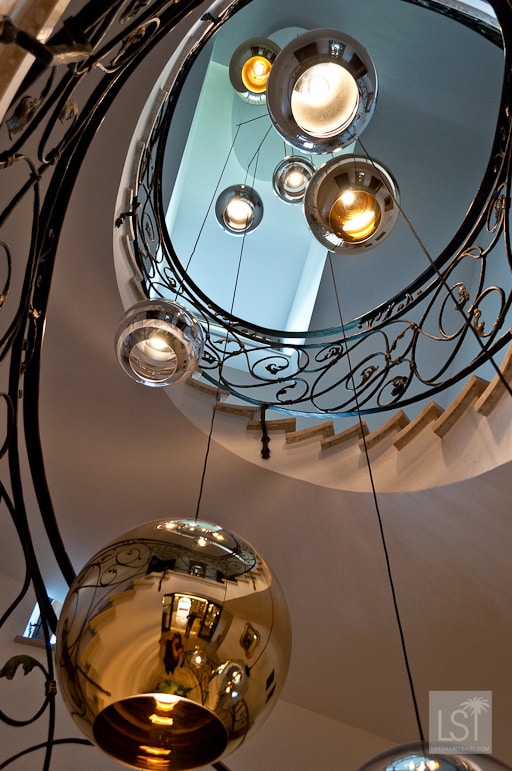 This year, the Kaiserhof has celebrated its 20th anniversary and its birthday has been marked with upgraded facilitates include new luxury suites with magnificent mountain views. 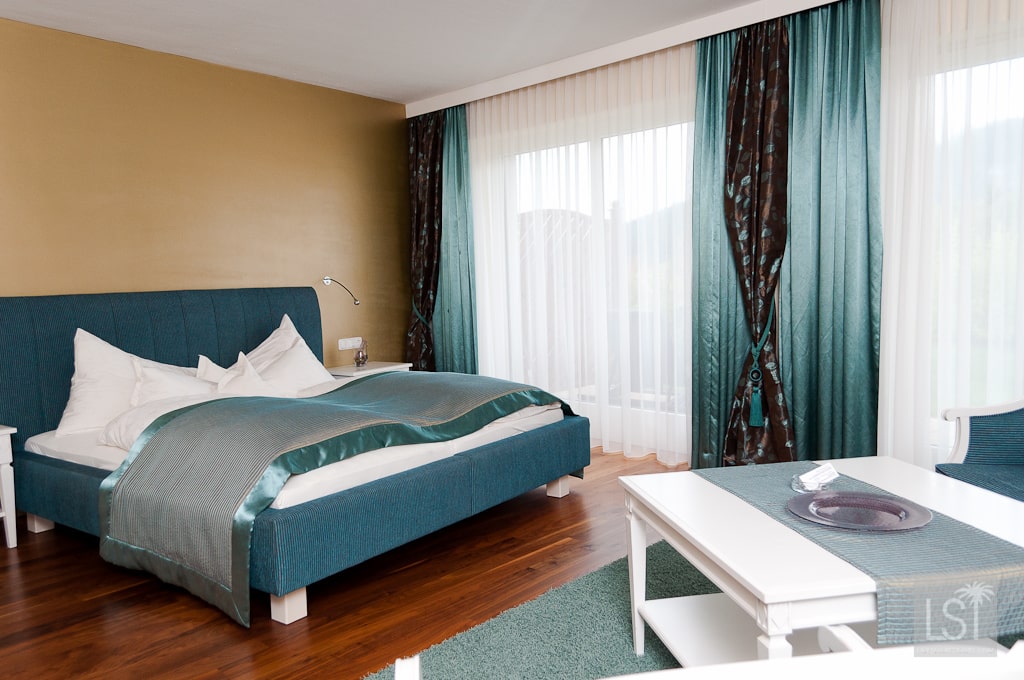 Feeling in need of a treatment we sauntered to the spa and placed ourselves in the expert hands of Veronica and Vanessa, who provided us with delightfully soothing massages, one hot stone treatment, and the other a full body massage.

The spa also has a steam room, two saunas and an infrared cabin. When we wanted to simply relax there were large indoor and outdoor areas complete with ample recliners amid the energising alpine air.

As befitting a five-star superior hotel the staff were very good, engaging and unfailingly helpful. Our accommodation, an Apartment Tirol was a spacious one-bedroom apartment with a separate living area, sizeable bathroom and a large wrap around balcony.

Overall, the hotel decor was a little eclectic with modern and more traditional furnishing sitting side by side.

Seasons at one of Austria’s most luxurious hotels 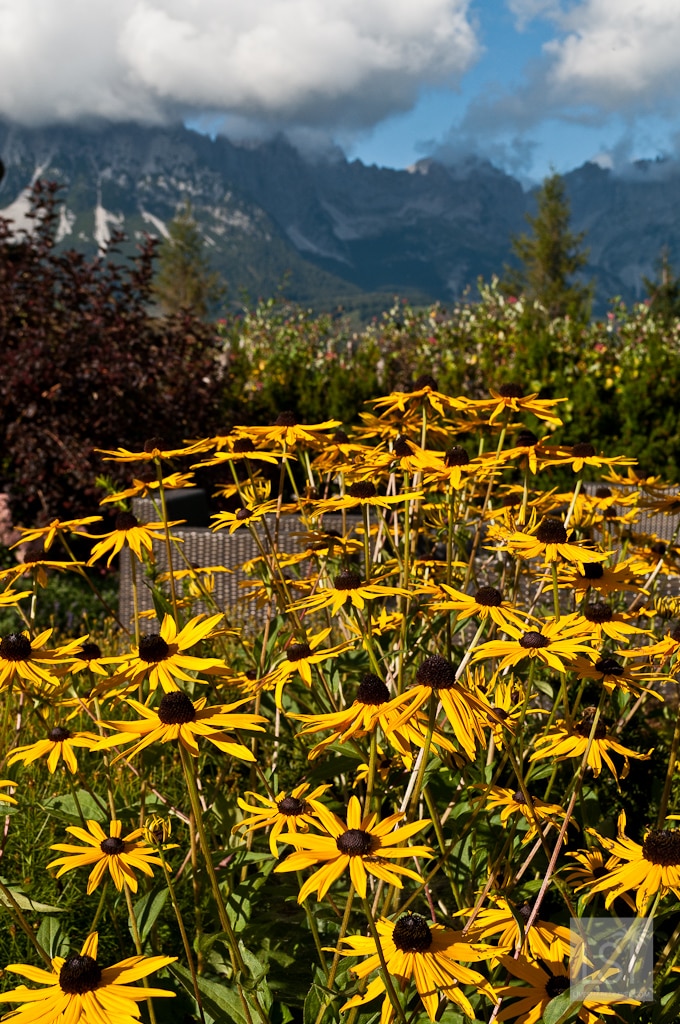 For skiers, the Kaiserhof is an ideal setting, sitting on the doorstep of the Skiwelt Wilder Kaiser Brixental, Austria’s largest connected ski area. Around it is 280 kilometres of pistes, cross-country ski slopes and hiking routes.

Yet, during the summer there are 700 kilometres of hiking trails, mountain biking, adventure parks and lakes to visit. The Kaiserhof is well located to enjoy the countryside and many walks around Ellmau. 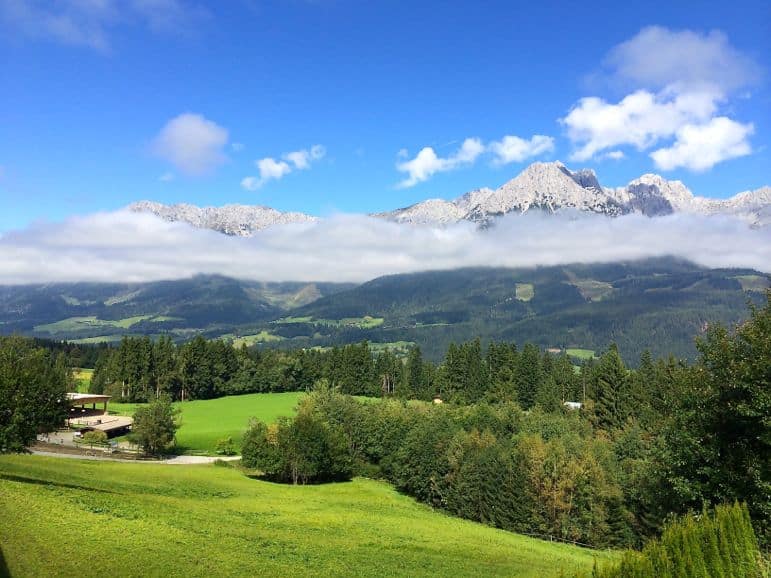 Ellmau is a town often playing host to German film crews because it’s believed to have the most traditional alpine architecture. The Kaiserhof is a little way out of the town and so quite isolated, but it’s a perfect retreat for those wanting to relax, indulge and enjoy some me time.

Boutique, cosy, intimate, whatever the description the Kaiserhof is a delightful hotel in a perfect setting. 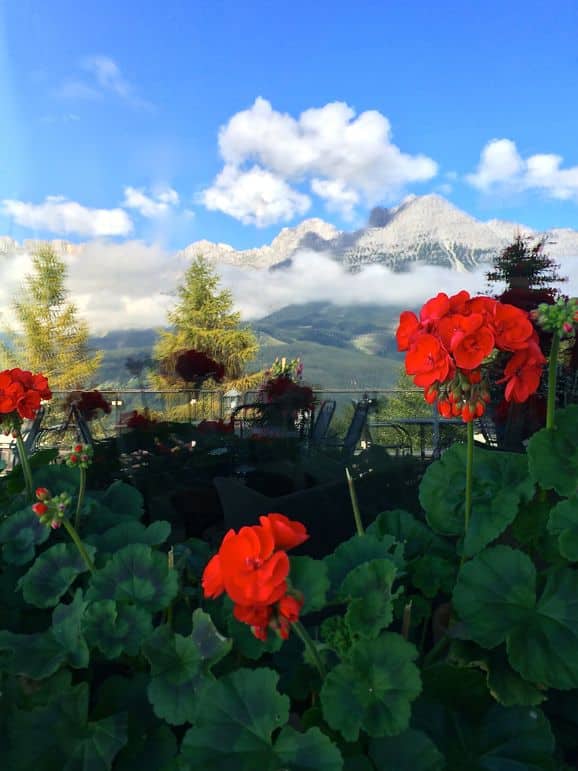 We visited the Kaiserhof Hotel with the Austrian National Tourist Office but as always all views are my own. Read about more of Austria’s Finest experience hotels.