Home    Travel Tips    How to travel and stay animal friendly 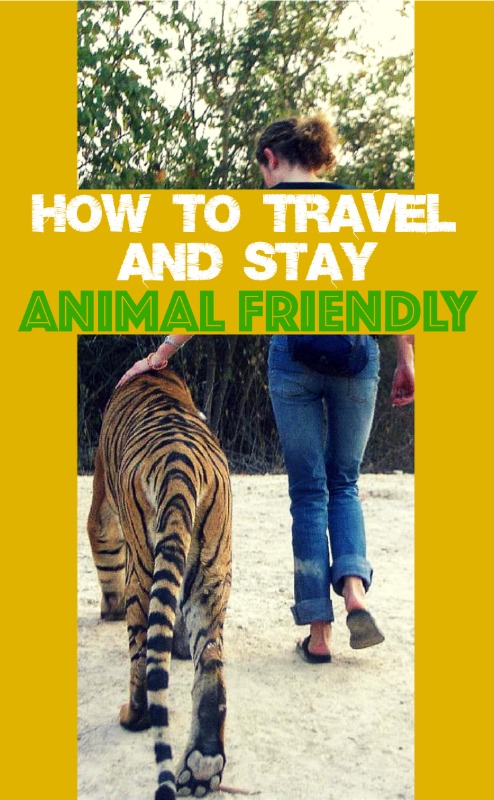 Have you ever considered how you can ensure your encounters with wildlife are animal friendly when you travel?

This article is by Chris Pitt of Care for the Wild International, a charity dedicated to the protection of wildlife in the UK and around the globe. Read on for his tips on how to deal with wildlife on your travels…

Wildlife tourism and visiting animal attractions on holiday is as popular as ever, with good options for the luxury traveller.

Swimming with dolphins or manta rays, whale watching, having a photo with a tiger and so on are all popular.

Unfortunately, while engaging with wildlife on holiday can be the experience of a lifetime for tourists, it can sometimes mean a lifetime of misery for the animals.

How do you ensure your travels are animal friendly?

Here’s some top tips to ensure your holiday is good for you and the animals.

1. Don’t attend a show which encourages animals to perform in an unnatural way

Top of this list would be circuses and certain zoos around the world where you can see, for example, elephants on bicycles and orang-utans boxing. Circus shows with tigers jumping through hoops may live on in movies, but awareness of the way animals must be trained to do this has led to many countries banning them. 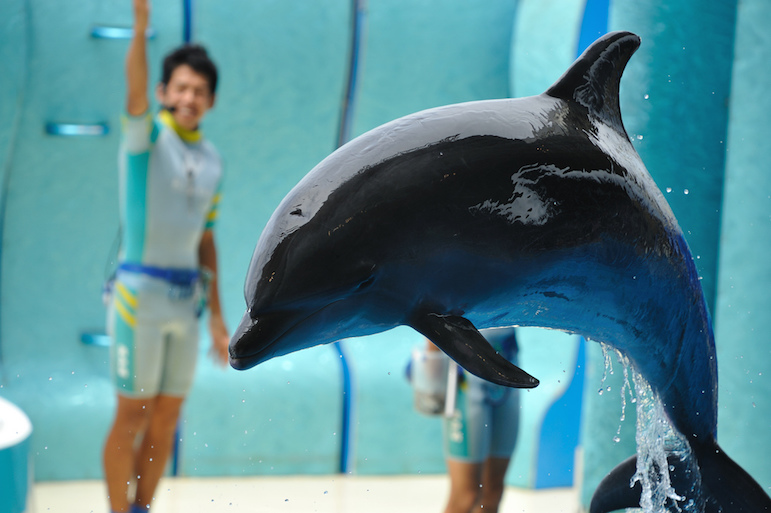 Controversy currently surrounds another form of animal ‘performances’ – dolphin shows. The debate is raging as to whether teaching dolphins to perform tricks – and by association, keeping them captive – causes cruelty and stress. Some argue that the shows are important to education and conservation, others say that keeping an intelligent, social mammal in a pool around a millionth of the size of its natural habitat is inherently cruel and should be stopped.

2. Don’t have your photo taken holding a wild animal

Tourists in many countries are often approached in busy areas by local people holding a wild animal, and asked if they will have a photo taken with it. This can include slow lorises in Thailand, monkeys in Marrakesh and lion cubs in Cancun.

The hidden side of these photos is that in the vast majority of cases the animal will have been taken from the wild, its parents killed, its claws and teeth removed. It will have been beaten until it submits and kept in terrible conditions. 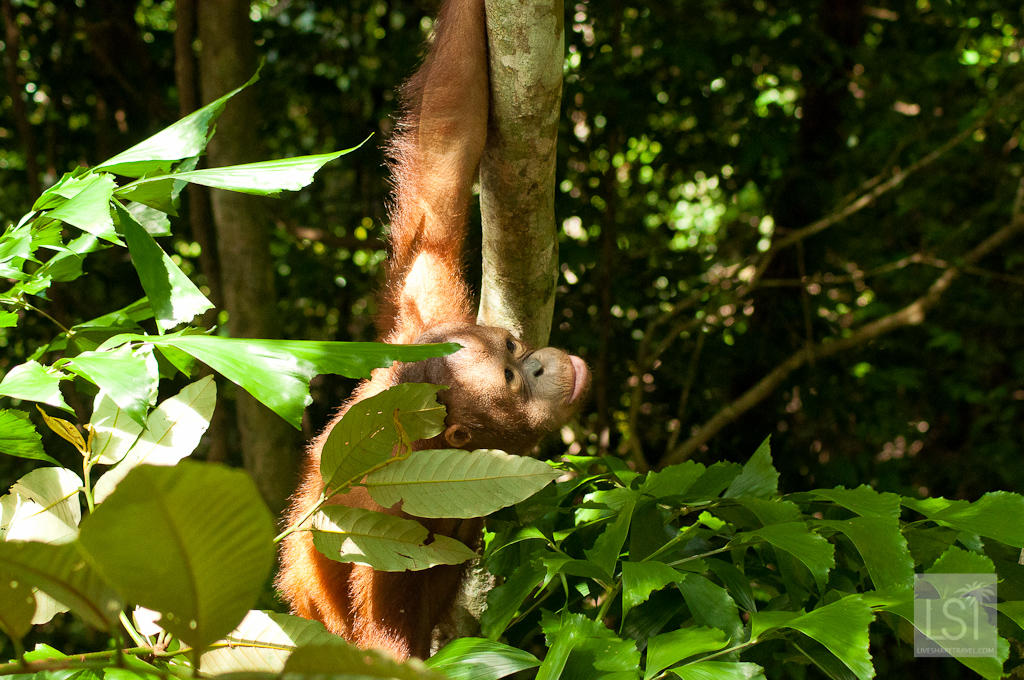 Care for the Wild’s current No Photos, Please! Campaign sums up the message with the phrase ‘Photo for Facebook? You’ve Just Liked Animal Abuse’. Best to stay away from these kind of photo opportunities. More organised versions of this includes places like the Tiger Temple in Thailand – always ask yourself – if it’s a wild animal, why have I got the chance to cuddle it?

3. Keep your distance from animals in the wild so you don’t disturb or harm them

Getting up close and personal might be beneficial in some aspects of life, but when it comes to wild animals, it’s often not sensible. Research continues into the stress caused to wild animals by close human contact, such as to gorillas in the Congo or on pods of dolphins.

Safaris where coach loads of tourists talk loudly while a lion tries to go about its business, or dolphin-watching where pods are surrounded by a dozen boats dropping tourists into the water are bad practice. Take time to ensure you go with a reputable operator who understands that it should be the animal that chooses to come to us, not the other way around. 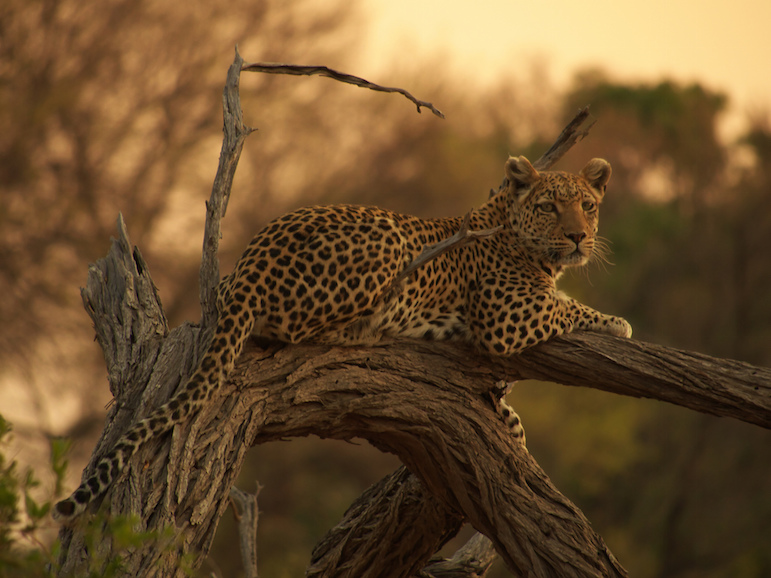 4. Don’t buy or eat anything that could have come from an endangered animal

Eating in an ‘exotic’ restaurant can be fraught with danger not just to your stomach, but it can also contribute to the demise of endangered species.

Awareness of issues around shark fin soup, a ‘luxury’ which is now being banned in restaurants around the world, including in China, is an example of how campaigning and awareness of its impact on animals (in this case, 100 million sharks which are killed every year) can change things for the better. Be particularly aware in Asia and Africa, especially if you’re not sure what the words on the menu mean.

Also although shopping on holiday can be great fun, watch out for suspicious items, such as those which might be made from cat fur (possibly labelled ‘faux fur’), or ivory trinkets.

5. Think about how your tourist experience is impacting on the animals you come across

Most harm to animals can be avoided with a bit of thought, or a bit of research.

Cruelty to animals can come in many forms, some obvious, some hidden. It’s easy to get caught up in the moment when you’re on holiday, to maybe follow the crowd on an excursion or to think ‘when in Rome…’ But keeping your wits about you, and doing a quick Google search before you go, are great ways to ensure that both you and the animals you encounter enjoy your holiday.