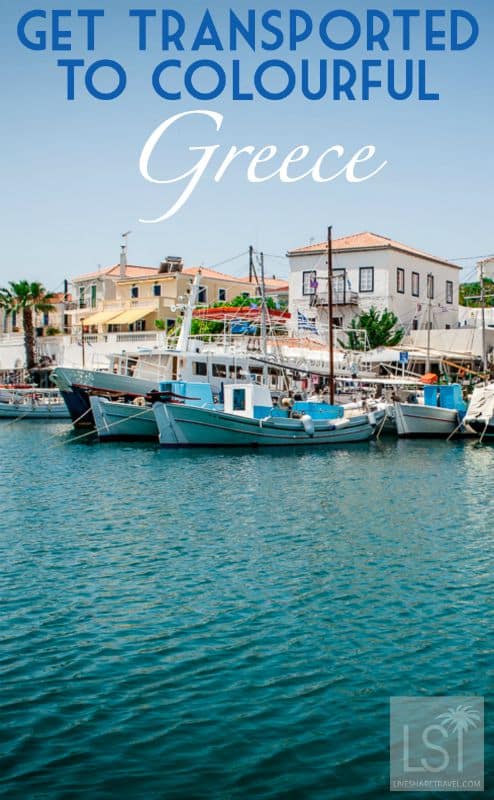 I wasn’t supposed to be writing this today. I was planning to write about Greek food with plenty of photos and recipes for you to salivate over. But as I went through my photos my eyes were instead drawn to those of Spetses island.

I was sucked into them. My mind wading through Spetses’ seas of variegated blue, so please indulge me – those Greek recipes are on their way.

There are no cars on Spetses. It’s one of the tiny Saronic Gulf islands, catapulted from Greece’s mainland into the Aegean Sea by centuries of tectonic activity. Like its neighbour Hydra, where donkeys are the transport of choice, getting around Spetses makes for interesting adventures in a creative variety of vehicles.

As our catamaran docked at Spetses Town the idea of being marooned on a car-free island opened up fascinating opportunities. Would I jump in a horse and cart, ride a Vespa, or a put-putting three-wheeler – the Greek equivalent of the tuk-tuk?

I visited in May as the country looked set to default on its debts and career into financial disaster. But there is de-ja vu to this – Greece has been hovering on the brink of financial disaster for some years. And as international news media frothed themselves into a frenzy of doom and gloom headlines, I’d have expected to find a country teetering on the brink of despair, its people morose, dark clouds swirling.

There should be a colour called Greek Blue – bright, perky and, dare I say it, optimistic in the face of adversity

It was far from reality of course.

Spetses was as bright as I believe it’s always been. Its people shared warm smiles and the gentle, generous welcome of islanders. 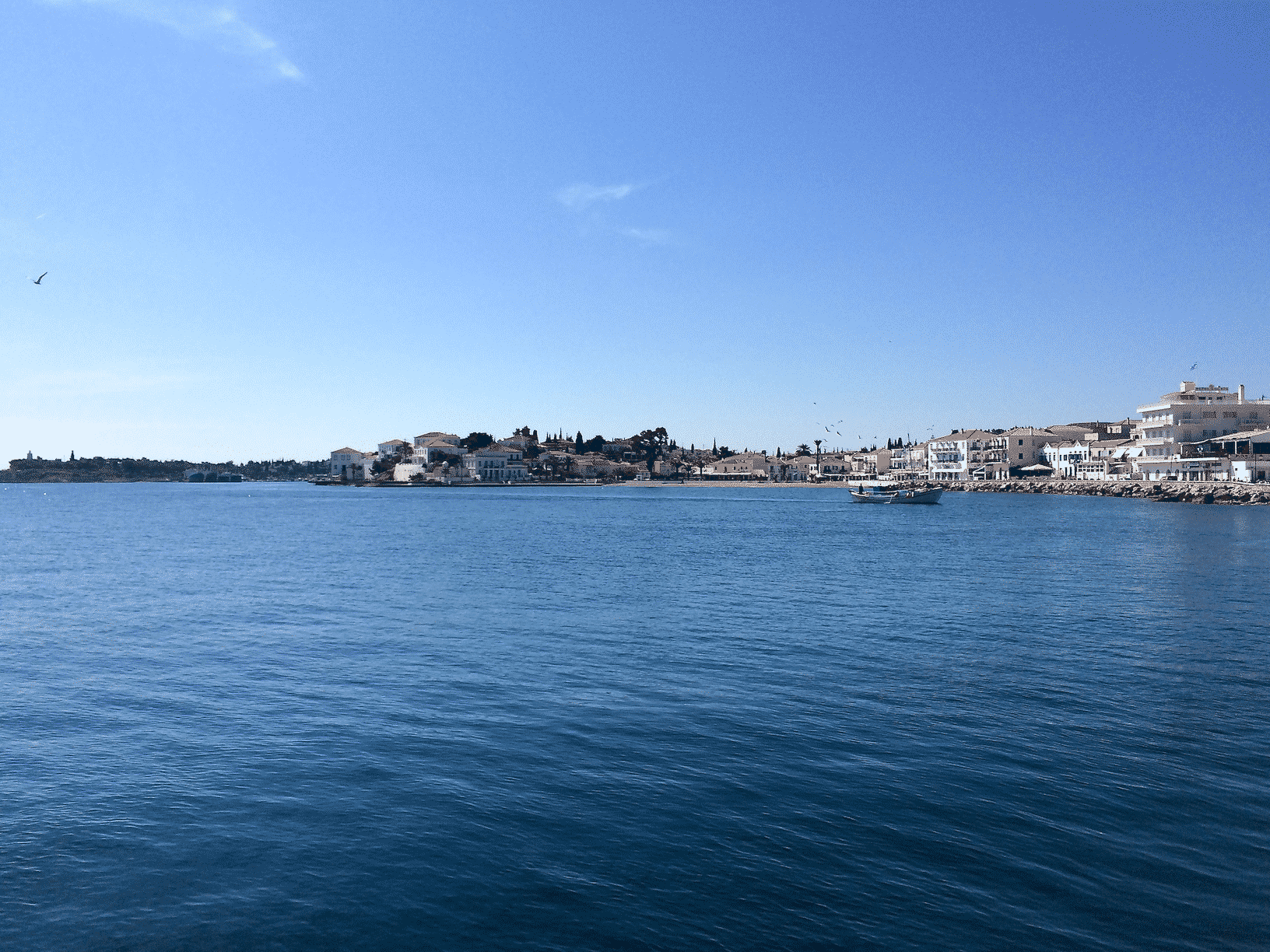 And the sky was blue.

But then that’s the thing about Greece – it’s always blue. I’m of the opinion that there should be a colour called Greek Blue. It’s uniquely bright, perky and, dare I say it, optimistic in the face of adversity.

According to theories of colour, blue represents loyalty, wisdom, confidence, intelligence, faith, truth, and heaven. It is considered beneficial to the mind and body, producing a calming effect and sense of tranquility. 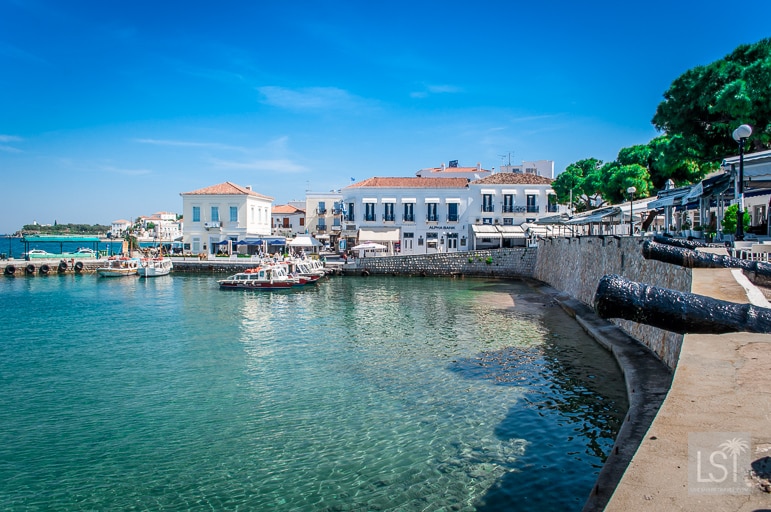 And Greek Blue, and many of the aforementioned qualities, was the overriding feature of my stay in Spetses.

My trip was part of a tour with AFEA Luxury Experiences, a company which has just launched five specialised travel packages to Greece. They have options for every luxury traveller, and for the independently-minded, they also have tailor-made experiences.

Spetses, with Athens and Santorini, is part of its With You package, designed for couples seeking us time and a secluded escape, rather than a travel writer going it alone. It included options such as a private boat tour of Spetses island and its beaches, holistic spa treatments and food and wine tours, as well as luxury hotels, private car and drivers 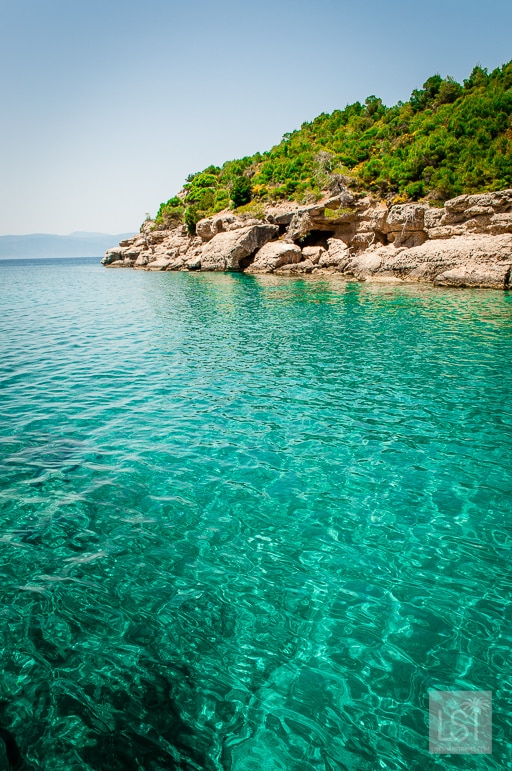 I could see why Spetses had been chosen – under azure skies couples could relax on the beaches, watch boats float in and out on the ultramarine water from a harbourside cafe. In the evening they could dine under indigo skies glistening with stars, cocooned by the fragrance of Spetses in late Spring – jasmine and orange blossom. 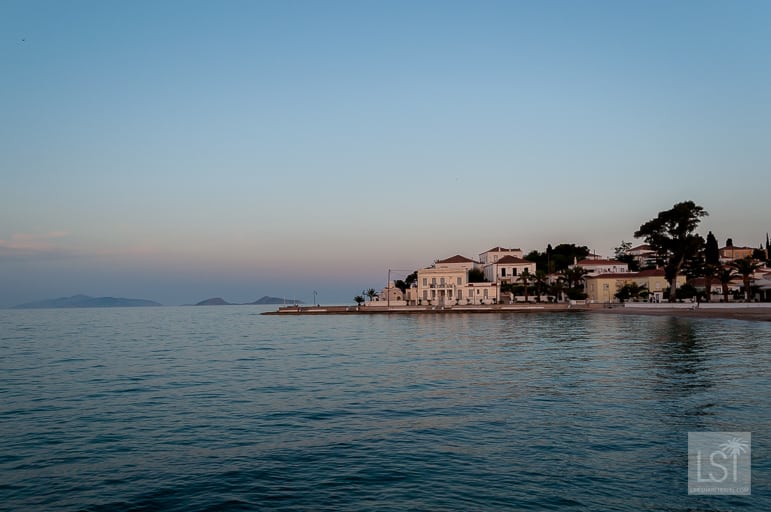 My stay on Spetses provided restful nights at the Poseidonion Grand Hotel – an unusual name, but ironic in as much as it referenced the god of a sea which it overlooked. Naturally, it was a luxury hotel, boutique in character with slightly smaller rooms, but excellent service and a good range of facilities such as a spa, restaurant and bar. 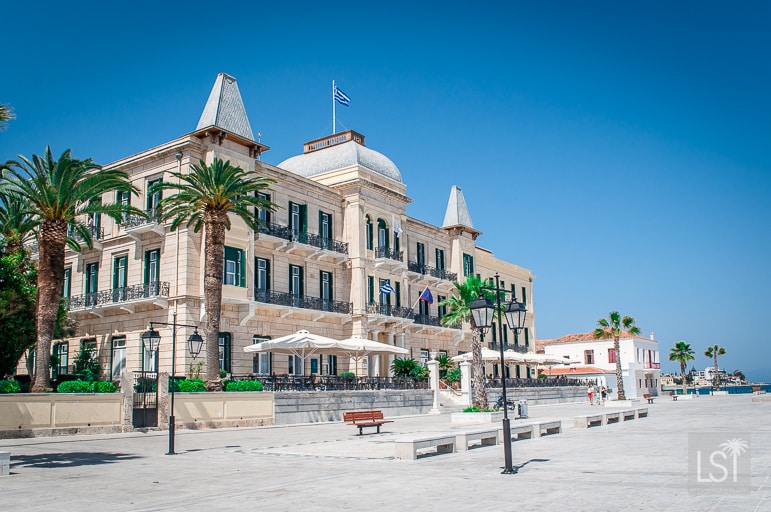 After a good night’s sleep I woke to the sound of the waves, and after breakfast, I ventured out to explore Spetses. Away from the gentle clip-clop of horses’ hooves and putter-putter of three-wheelers of the seafront, I wound my way uphill into the town. There I came across a tiny church, its doors flung open in welcome. 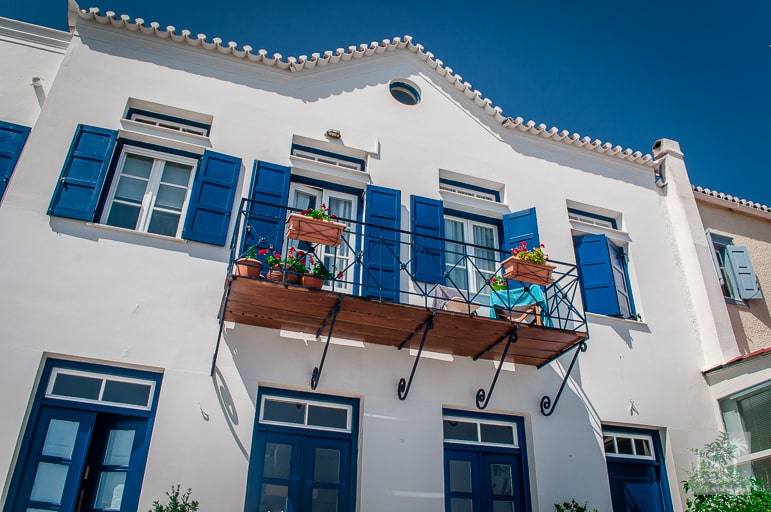 Stepping inside to take a look, the Greek Orthodox priest appeared and instead of hurrying me away or saying I couldn’t take photos, Father Pakoumpis started asking questions about me with as much interest as I had in him and his church. 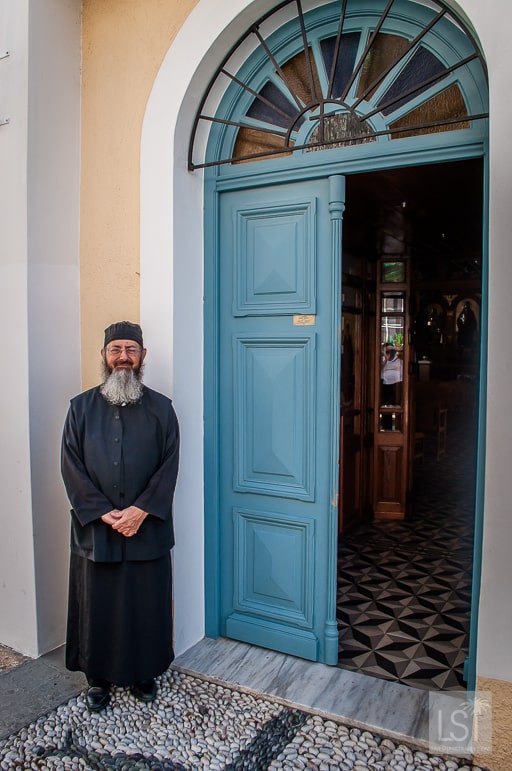 We talked for a while, he handed me biscuits and we even posed for photographs together before he gave me his email address so I could forward the photos on. It was one of those chance encounters – with a person who lives a life so different to your own – that makes travel fascinating. 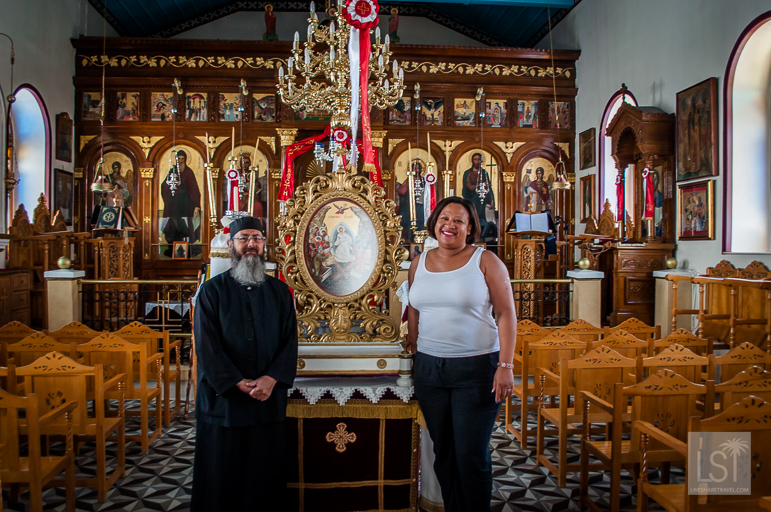 My time in Spetses was a reminder that tourism doesn’t have to be ‘mass tourism’. It doesn’t have to come with cookie cutter experiences – real life, as it’s been lived for centuries on tiny Greek islands, is out there. And even on a luxury package holiday you can have authentic, real experiences.

Hopping aboard a boat to leave Spetses under dazzlingly bright skies, I knew two things: Greece may be mired by politics and financial woes, but it’s a country founded on hospitality and the big welcome.

And you can never escape the power of Greek Blue. 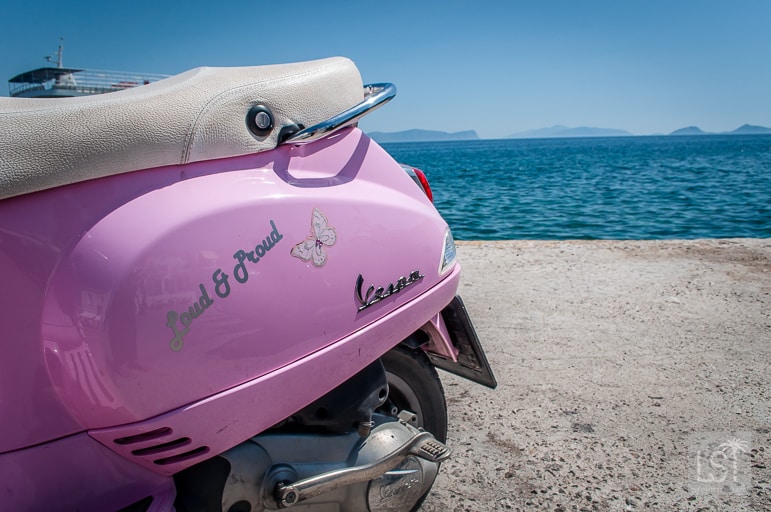 All views of the blue variety are, as you would expect, all my own.

I travelled to Greece with AFEA Luxury Experiences. It creates private journeys to satisfy your every craving, built around the places you want to visit and activities you want to do. To start creating your one of a kind private journey call +30 2103668830 or email: [email protected]. Travel dates are flexible and can be customised for private departures.