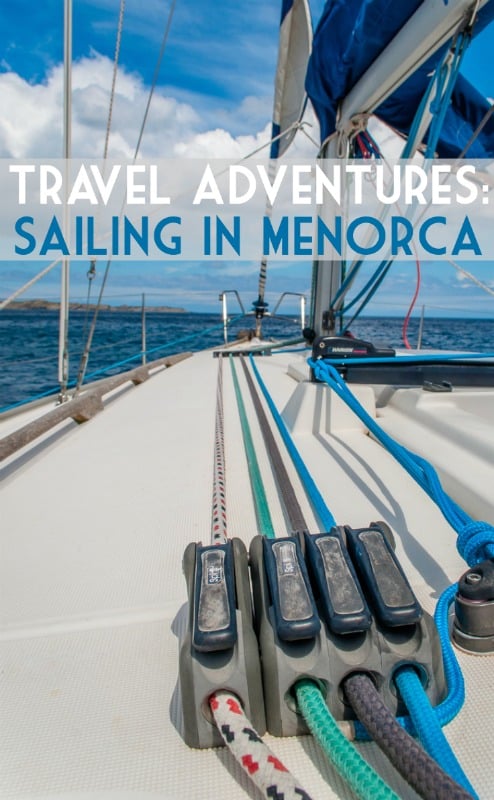 I’ve been known to take to the water every now and then. I’ve cruised the Mediterranean, and the Arctic Ocean to catch the Northern Lights. I’ve been on many a motor boat  but I’ve never been sailing before.

So when I was invited to go sailing in Menorca, it was perhaps with a level of naivety that my mind was filled with images of glistening seas, slack tides and relaxing in the sunshine on the bow of the ship. See I even knew some nautical terminology! I was ready to enjoy the coast off this Mediterranean island.

I’d been exploring Menorca – from its vineyards to its nightclubs, its restaurants to its shopping. I’d also spent the day at a Menorcan spa, and discovered many ways to enjoy luxury on this Balearic island.

Boarding the boat in the harbour of Mahon I should have seen my vision of a luxurious, relaxing day’s sail sinking before my eyes. I was being joined on the trip by two friends, Paul and Michael, who had been having all manner of adventures on the island.

As Jacob, our captain for the day welcomed us aboard our boat provided by Menorca en Velero, it was pretty clear from the outset that we would each have work to do. 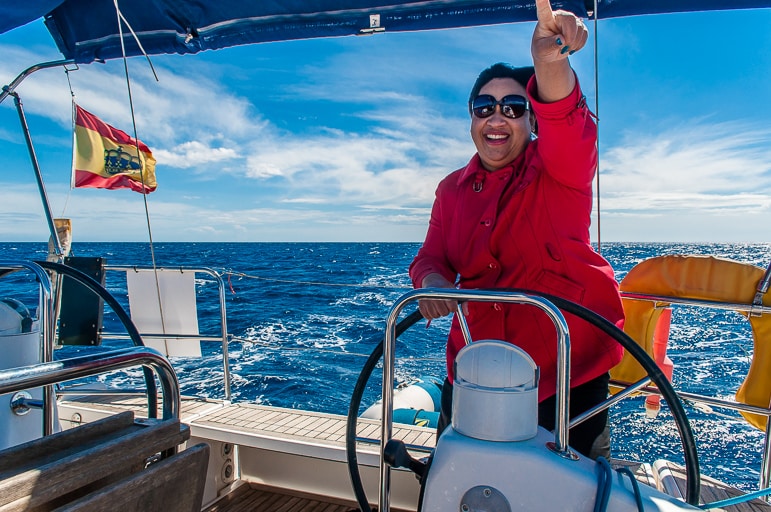 He quickly set about giving us jobs as we motored out of the marina. One of us pulled at ropes to help unfurl the sail another steadied the boom while Jacob taught me how to steer the boat and catch the breeze. 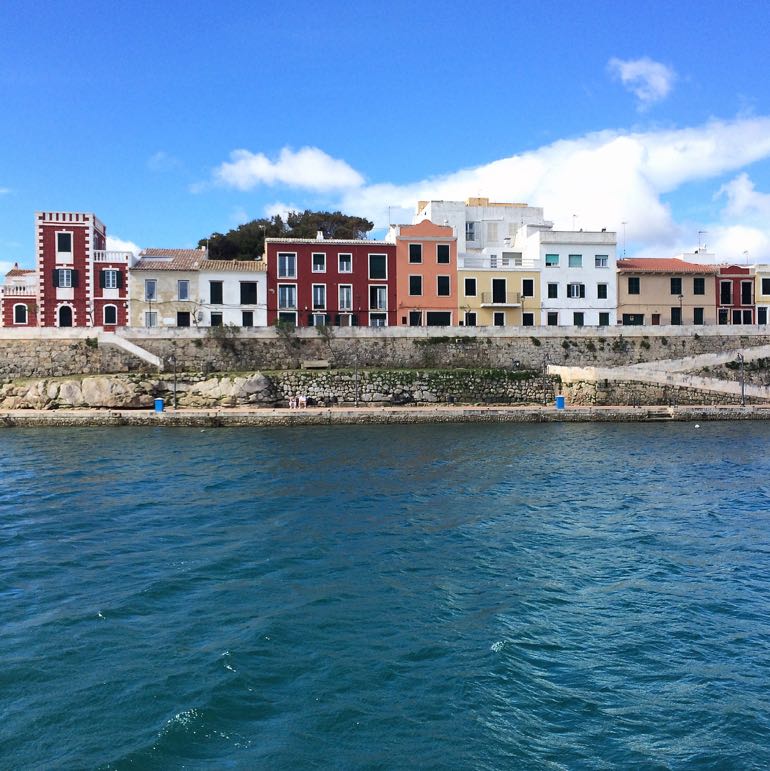 After a few false starts I got it and felt the shine of accomplishment as Jacob cut the engine and we were powered along by the wind. The sun shone on the town of Es Castells and we spotted our hotel, the Artiem Carlos III, on the shore. We hugged the coast for a while, sailing past the brightly painted houses of Menorca’s low-rise towns. 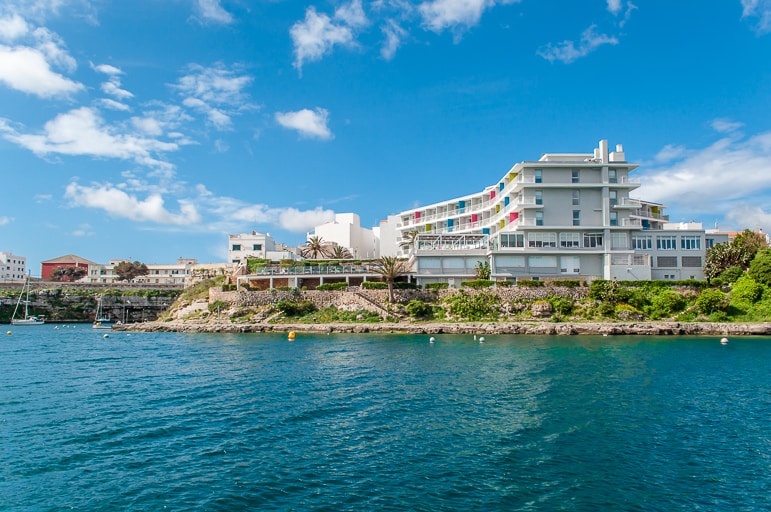 Rounding a rocky headland the wind changed, blowing our sails to full billow, the boat dipping on one side to its power. I might have panicked a little. But Jacob had already been regaling us with stories of a lifetime of sailing. He’d sailed the Atlantic on numerous occasions. Surely the Med was no problem at all. 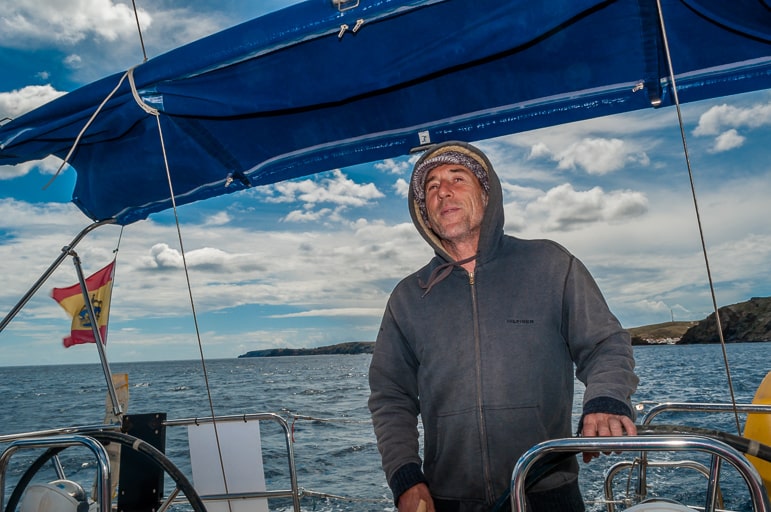 Our boat continued to bend to the will of the wind as clouds cleared and we headed towards aquamarine water lapping at the golden sand of the beach. Had this not been early in the season I would’ve longed to jump in for a swim. But the water splashing on my face wasn’t quite warm enough. 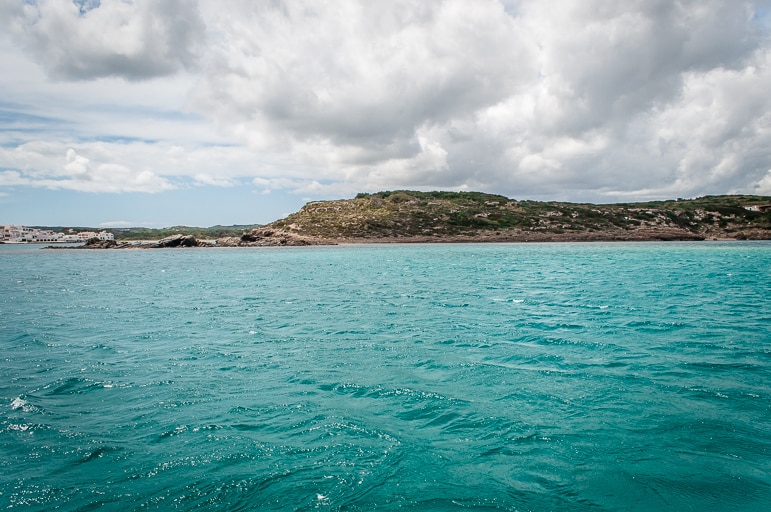 So we sailed on a little further before dropping anchor for lunch in another pretty bay. The insistent wind drove us below deck to eat a simple, but tasty lunch of salads, cold meats and tortilla with wine and beer.

Then we were all set to go onwards to explore a little more of the coast.

Unfortunately the weather had other ideas.

Heading up back up on deck the sky had darkened, and the wind swirled. 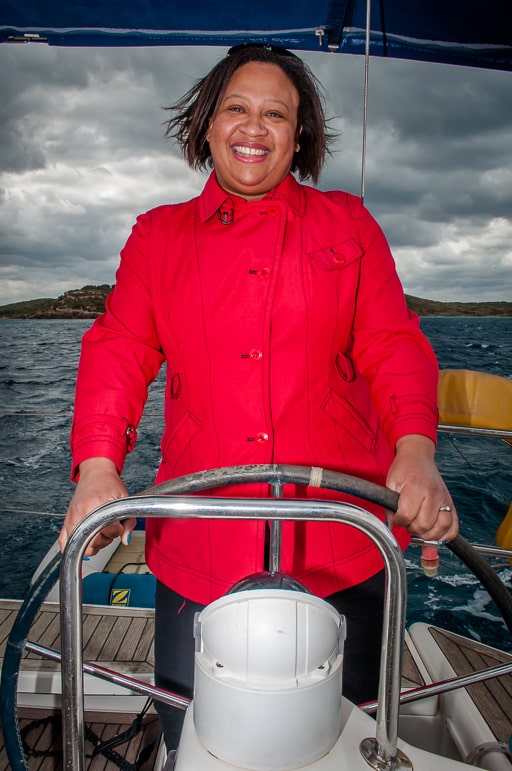 Jacob decided it was time to head back to Mahon, and we didn’t doubt his judgement – we were inexperienced deck-hands after all.

The sails went back up and we whipped along, this time driven by a racing wind. Jacob was at the wheel, looking less casual than on our journey out, the intensity of his focus sharpening with that of the darkening skies.

But still he was in control – talking us through this melodrama, laughing even.

Sailing in Menorca gets serious

A sudden, sharp gust of wind battered our sail. The boat bent further to one side than I’d ever seen. It felt like 90-degrees without submerging under the water. 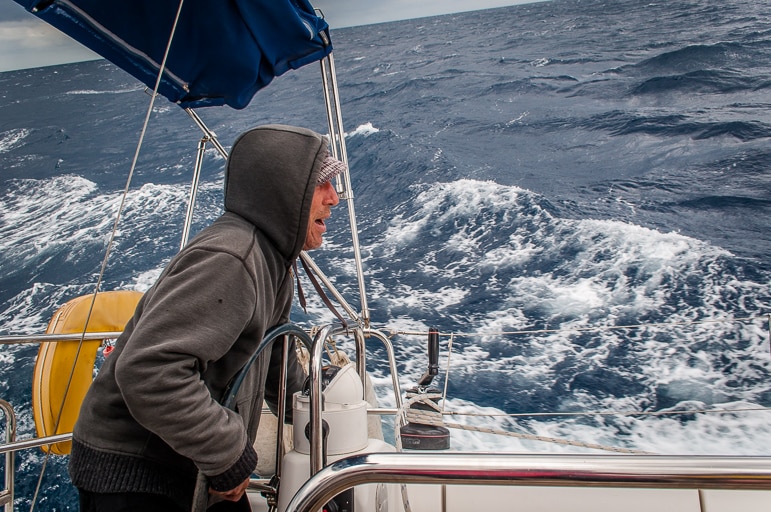 “It won’t do that,” Jacob reassured us. “It’s designed to dip and bend with the wind, but it will never capsize.”

I relaxed back in my seat a little. Well, I say relaxed – my knuckles stretched the skin on my hands as I held on to railings and found myself all but standing on a footrest, the boat was at such a sharp angle.

The wind slackened off a knot or two, but still pummelled us all the way back, Jacob’s mood quietening, his concentration deepening. “That is not supposed to happen,” he muttered at the sails as they didn’t follow his command.

Michael, Paul and I threw each other slightly stressed sniggers.

Then we were back in line with Mahon’s harbour and I just had to steady the boat as Jacob and the boys spun winches and fiddled with the flapping sails. The wind had other ideas though.

It spun the boat, and was for a while so powerful I couldn’t turn it, even with Paul’s help.

We were just reaching an intense level of drama on the high seas, the kind where we wondered if we’d make it back to shore without being rescued, when Jacob got back in control. Riding the storm – well, there was a little rain by then, and coasting with the wind back into the mouth of the harbour. 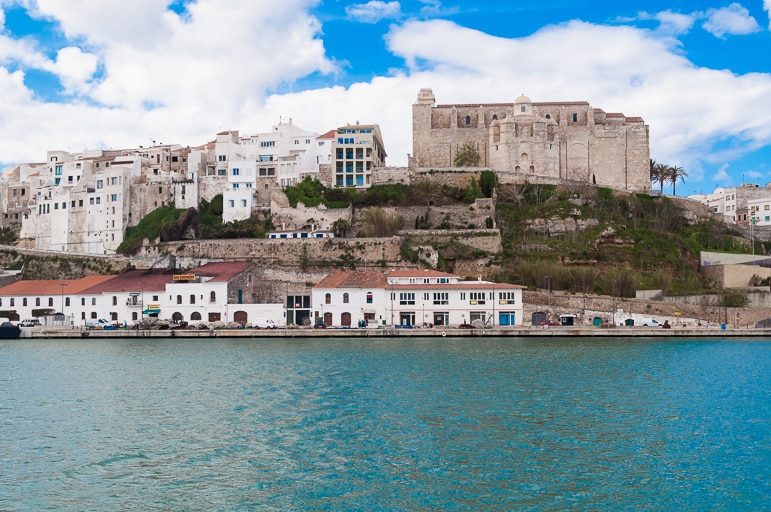 As we sailed back to shore the clouds dissipated, the wind dropped across the bay. And stepping off the boat, just minutes later, the sun started to shine once more. It was as if our white-knuckle conditions were a figment of our imagination.

I knew one thing for certain though – sailing was not quite the luxury experienced I had envisaged.

Despite all this though, I felt sure that in the right conditions (less windy and a bit sunnier) and from summer through to autumn it would be a fantastic way to spend a day.

Just bring a snorkel, a towel and a little sense of adventure.

I travelled to Menorca as part of a project between with Spain Tourism and Visit Menorca. All views and newly gained – though still limited – sailing skills are my own.