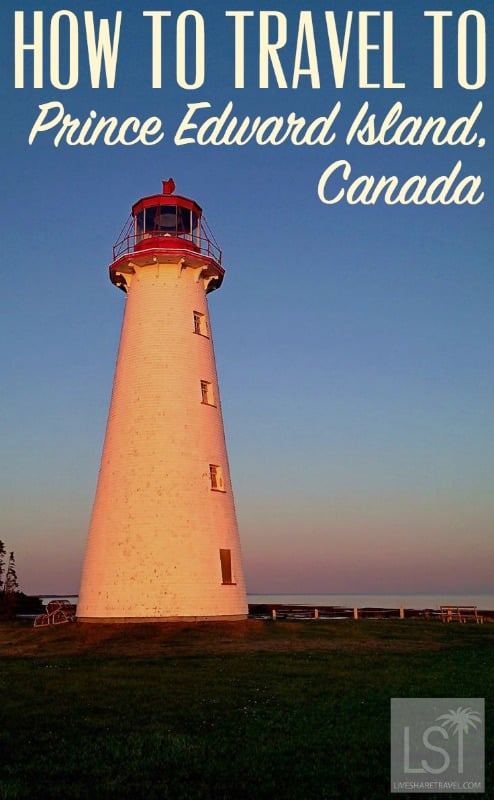 Prince Edward Island in Canada is something of a storybook. With red sandstone cliffs, seaside villages with bustling harbours and quilted fields of green that go on for miles, it’s easy to see why many Canadian mainlanders have something of a love affair with it.

Aptly nicknamed the Garden of the Gulf, thousands escape to Canada’s smallest province every year.

We reveal the best ways to travel to Prince Edward Island (known as PEI for short), plus the must-visit hotspots that should feature at the top of your list when visiting this peaceful, yet dramatic corner of eastern Canada.

Why travel to Prince Edward Island

Sitting off the coasts of New Brunswick and Nova Scotia, Prince Edward Island is 140 miles long, making it perfect for a week’s explorations.

It is also home to literary character, Anne of Green Gables, plus it has a wonderful history, vibrant arts scene and a host of fantastic places to eat – it is home to the Culinary Institute of Canada after all. 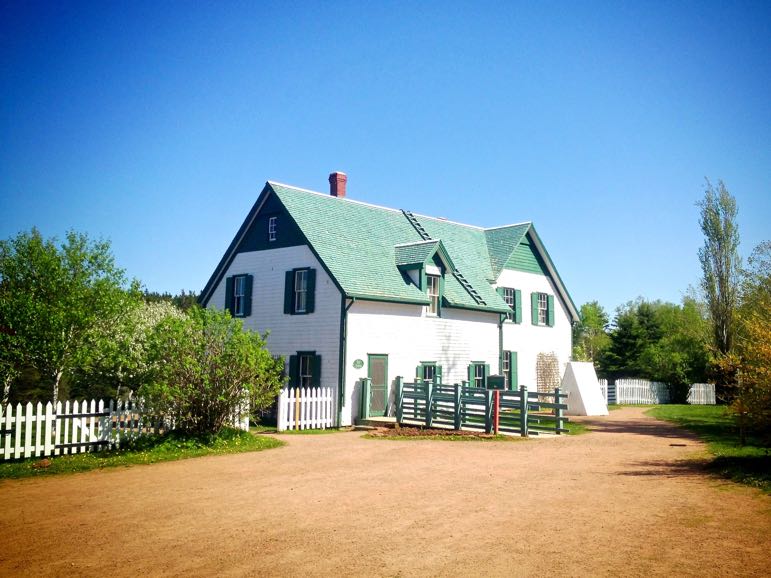 A visit to the island’s capital Charlottetown has something for everyone – its lively cultural scene and well-preserved historic sites are something to marvel at over a leisurely stroll.

With stylish eateries, boutiques and plenty of places for people watching over freshly brewed coffee, Victoria Row is a great place to spend an afternoon. 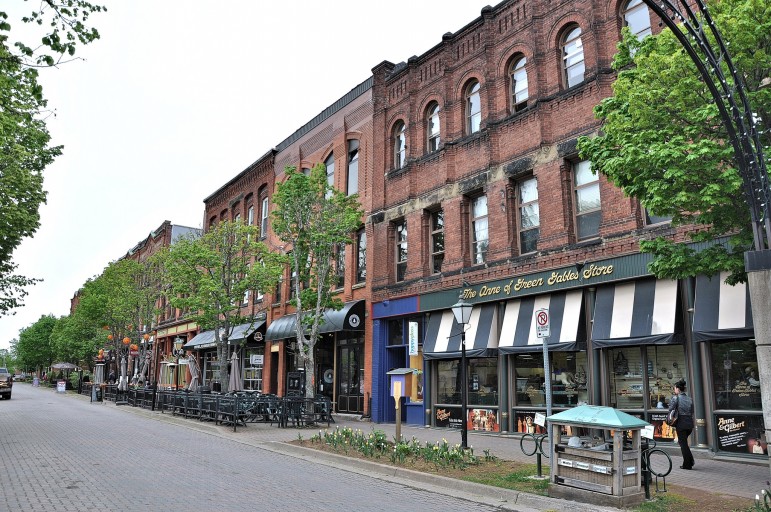 The Taproom at Upstreet Craft Brewing serves up a brew of a different variety. Stop by and sample at least one of their finely crafted beers, or head to the Prince Edward Island Distillery to not just taste its craft beers, but see how they’re made as well.

For music lovers, visit Prince Edward Island in early July for Charlottetown’s Jazz and Blues Festival. It showcases jazz artists from across Canada, plus other music styles to deliver something for everyone’s ears. 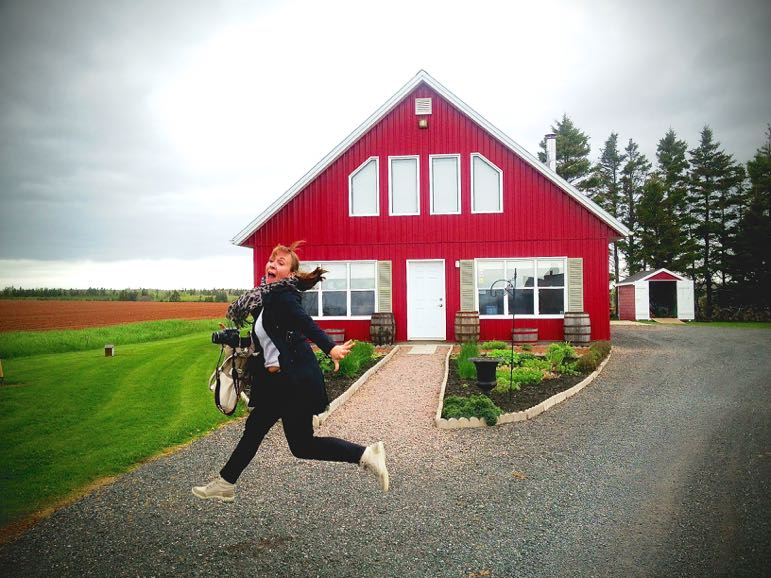 If peace and solitude is at the top of your list Prince Edward Island National Park is nature’s playground. So have your cameras at the ready for shots of resident wildlife including herons and red foxes. Finish off with a picnic, with sea views and fresh air for company. 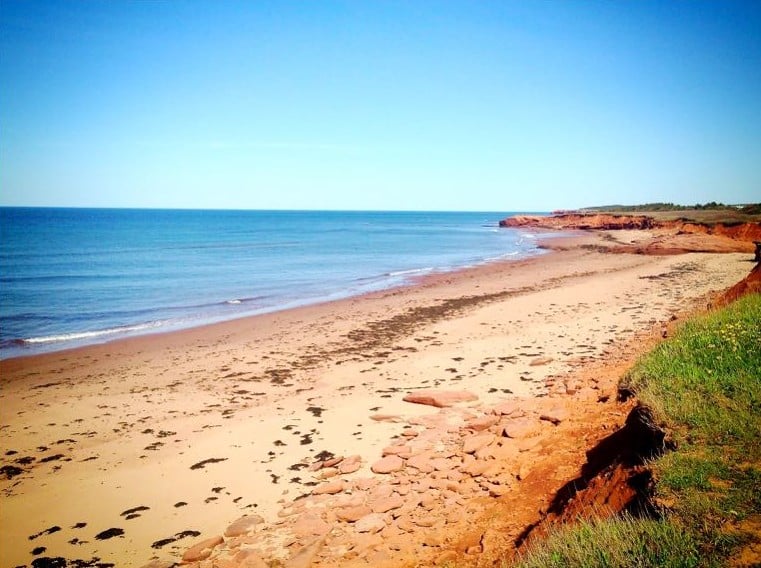 For some chill out time, make a beeline for Cavendish Beach. It has bright red sandstone cliffs with waters warmed by the Gulf stream.

Other activities nearby include golfing, horseback riding and water sports. Whatever you choose, finish the day off with a Cavendish sunset which is simply a masterpiece.

Prince Edward Island has many fantastic eateries and food producers. Shellfish is a speciality, and with some of the Atlantic’s best lobster and oysters, combined with fresh farm produce, you’ll find many fine restaurants on the island. 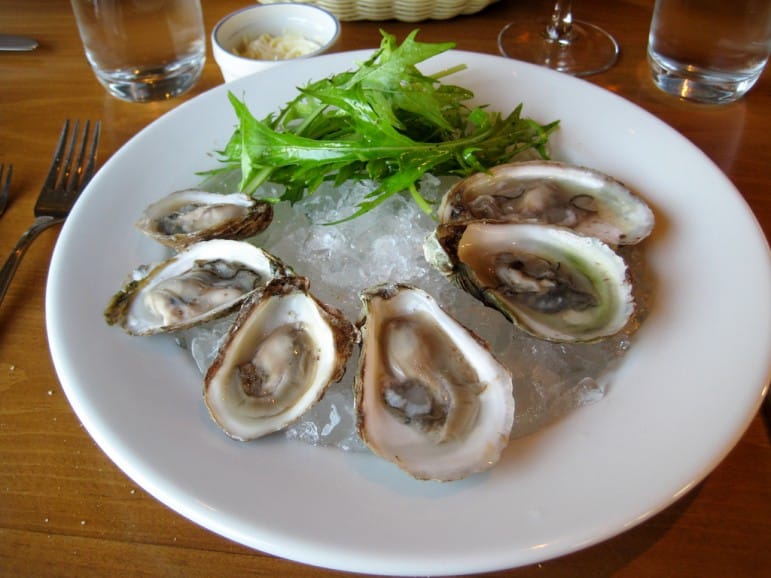 Point Prim Chowder House and Oyster Bar serves a variety of island seafood favourites from chowders to sandwiches. Resting alongside the shoreline, it will be hard to decide which is better – the food or the views.

Serious foodies should visit in September or October to coincide with the Fall Food Festival which has workshops, competitions and tastings. 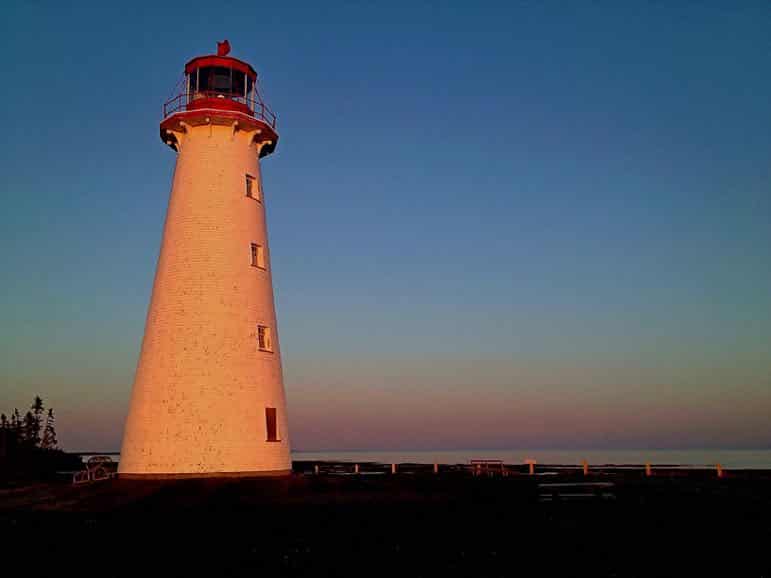 Hire a car to make the most of your island adventures and when you’ve taken in PEI, take a drive over the eight-mile long Confederation Bridge which connects the island with New Brunswick, to enjoy the sublime views. 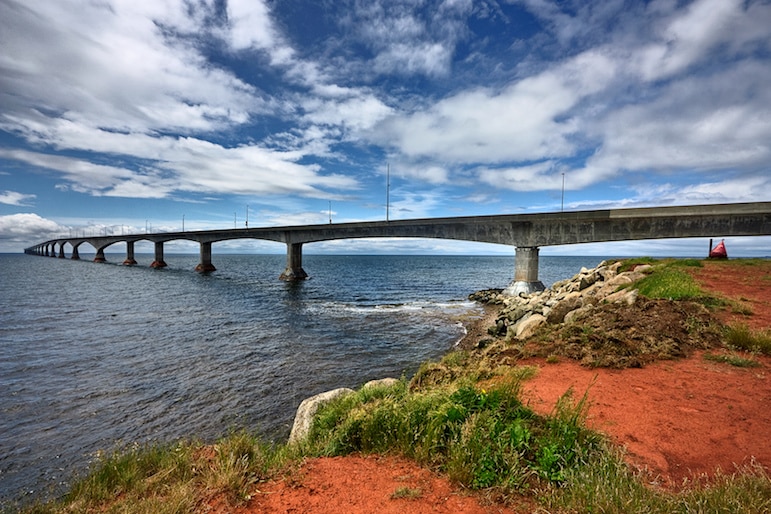 How to get there

WestJet and Air Canada are the leading airlines operating flights to Prince Edward Island, with an average flight time of ten hours including connections from the UK.

Flights are available from Manchester, Birmingham, Edinburgh, Glasgow and London Gatwick to Toronto, with a connection to Charlottetown. Flights in July start from just £400pp. 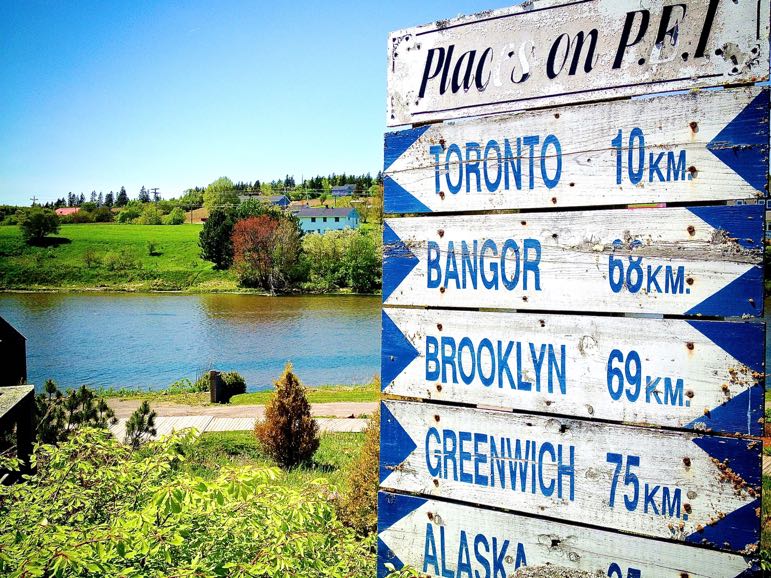 Where to stay – we recommend…

There are many hotels, inns and B&Bs (which are a popular form of accommodation in Canada) to choose from in Charlottetown including boutique and historic Great George Hotel, with four-poster beds, and corner Jacuzzi baths in beautiful traditional rooms with modern amenities.

It’s walking distance to the city’s attractions and restaurants, plus the hotel has great features like water and towels for joggers, daily fresh-baked complimentary cookies and happy hour. It even has a floor dedicated to women travelling alone. 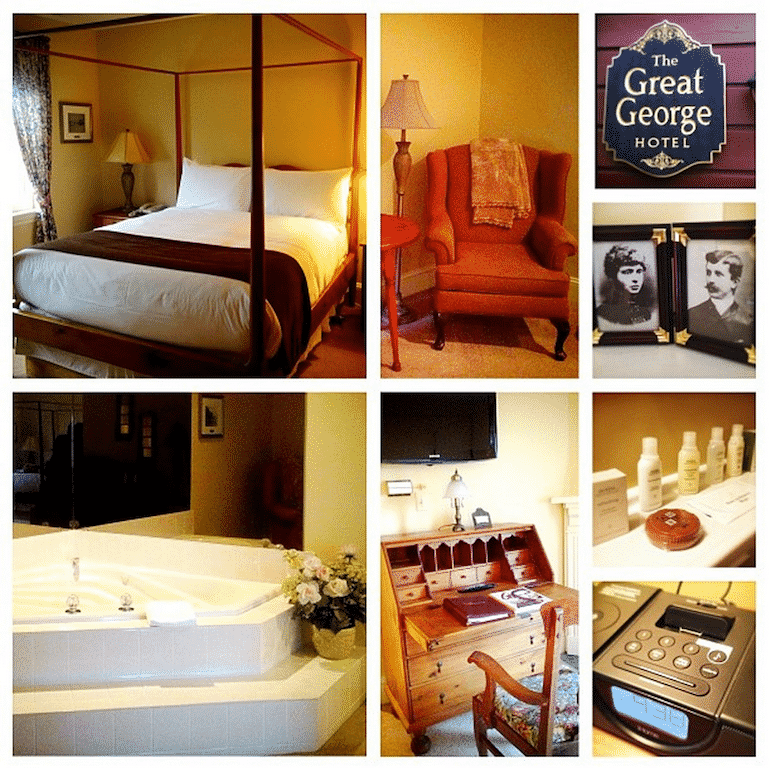 For a regal stay on the coast, visit Dalvay by the Sea, near Prince Edward Island National Park. It’s a beautiful Victorian building with elegant wood carved interiors and has a great restaurant. Plus it’s where the Duke and Duchess of Cambridge stayed when they visited the province, and if it’s good enough for Will and Kate… 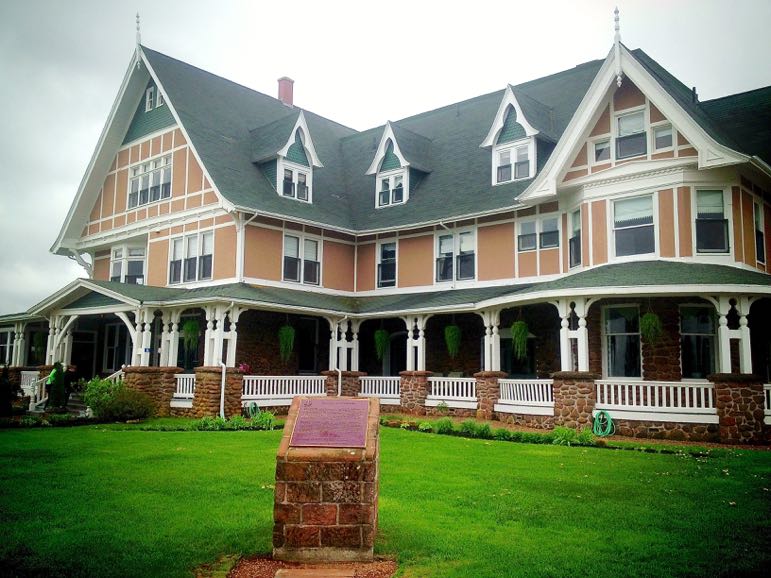 Other recommended places to stay: 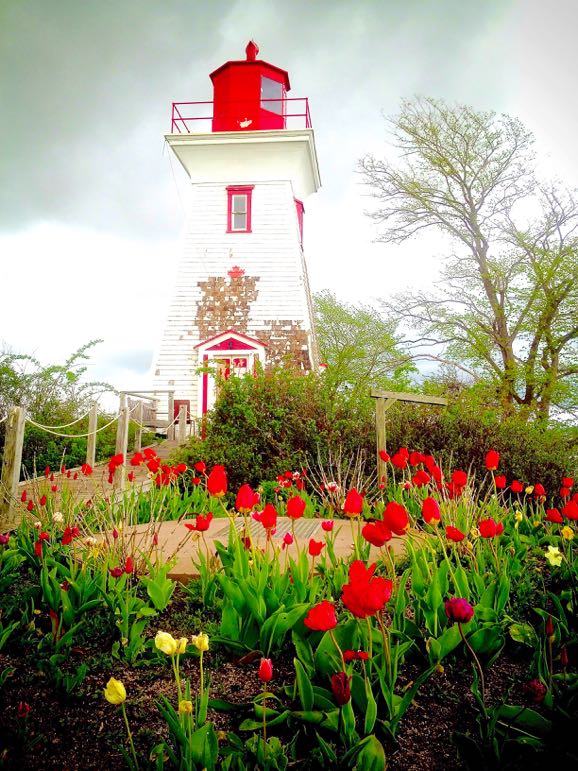 A Norwegian Escape to the Caribbean: 7 reasons to sail Norwegian Cruise Lines’ ship
Spectre and Sölden: Das Central hotel has us bond with James Bond