Home    Luxury Holidays    Europe    France    Beaujolais Nouveau Day: how to visit and enjoy the fruits of this French wine region 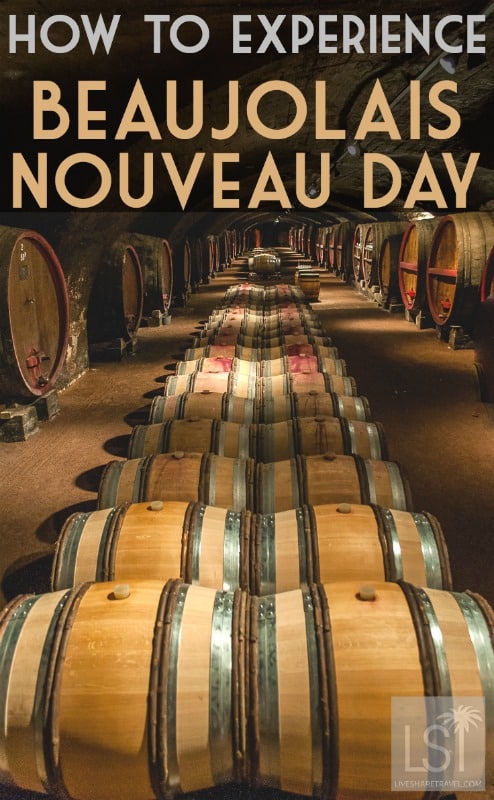 In years of travel to some of the world’s greatest wine regions, there’s one thing I’ve learned – wine is so much more than just a fine vintage.

To wine producers, food producers, farmers, and the people who live in wine regions, wine is life, and this was particularly evident when we visited France for Beaujolais Nouveau Day.

Wine is what gets people up in the morning bristling with passion for their day’s work. It brings industry, commerce and wealth to a region, creativity, imagination and joy. It’s about history and tradition, yet has an eye on trends and technology.

It not only enhances the taste buds but stimulates the mind it seems. To people of the world’s wine regions, wine is culture, togetherness and community.

Nowhere was this more apparent to me than on my most recent trip to the wine region of Beaujolais in France.

I’d ever so slightly written off Beaujolais before visiting. But Beaujolais day is a calendar highlight in the region (indeed of the whole country’s wine season). But everyone I spoke to with any knowledge of the event likened it to Oktoberfest in Munich, saying it was “a chance to get drunk on cheap wine”. 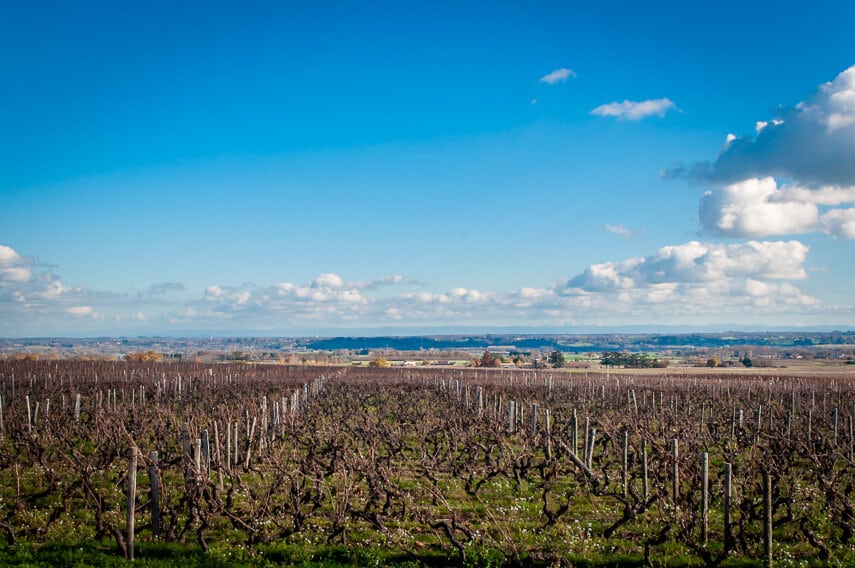 Mon Dieu! How little they knew.

The truth about Beaujolais Nouveau

But then it’s to be expected – Brits had a relatively long love affair with Beaujolais Nouveau, largely founded by 1980’s yuppies. But since then, this love has slightly gone the way of the brick phone (although vintage-loving hipsters have fallen in love with it).

Just days before my trip I watched a classic episode of 1980s comedy Only Fools and Horses. “I’ll have a bottle of Beaujolais Nouveau,” Del Boy says to a barman oozing as much sophistication as he could muster to impress the ladies nearby. “A ’79!”

But just as Del Boy misunderstood that the word ‘nouveau’ means this is the newest red wine produced that year, and most suited to drinking young, Brits have come to misunderstand much about Beaujolais wine.

For a start, the region produces many varieties, from white Beaujolais – mostly lightly oaked chardonnays – to the odd rosé (my favourite being Château de la Chaize’s Cuvee du Chateau 2014), to mineral-rich Brouillys and fabulous Fleuries.

Another misconception? Beaujolais Nouveau is cheap, easy-drinking, even throw-away wine that producers rush to market. 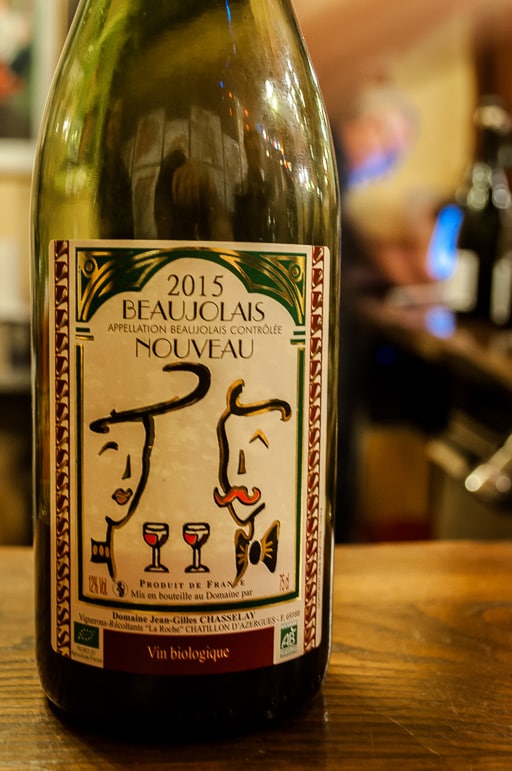 The reality? Beaujolais Nouveau is easy-drinking. That year’s vintage is easy to find after it hits shops each November. But it is far from easy to produce.

“Beaujolais Nouveau is actually one of the most difficult wines to produce because it is very precise. It has a narrow window of approximately three weeks during which the grapes are harvested and the wine fermented,” explained vineyard manager Pascal Dufaitre, of Château de Pizay, in Morgon. 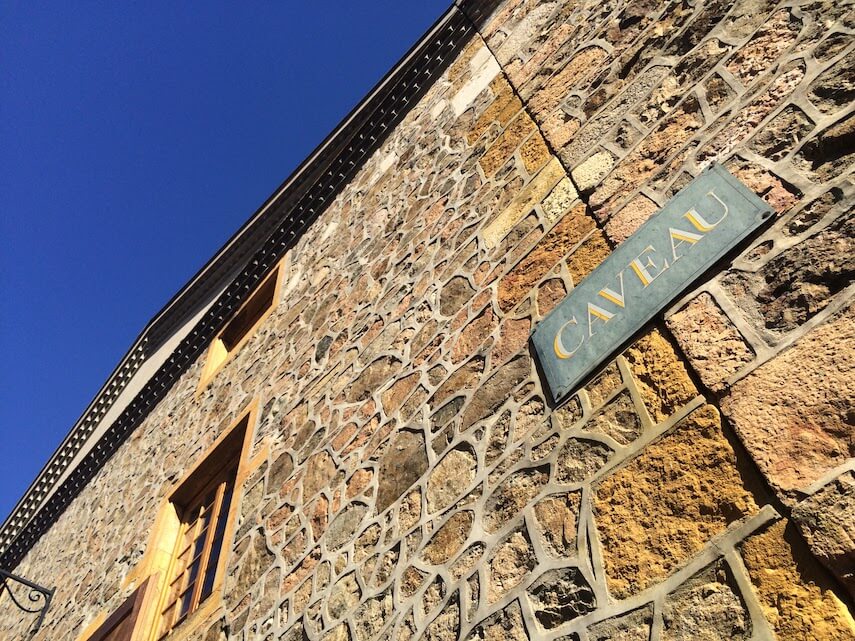 The château was our first stop, offering not just a fantastic array of delectable wines, but excellent meals at its gourmet restaurant, a restful spa where we discovered the lovely Rose & Pepper skincare range made of grapes, and fine accommodation.

But we weren’t just there to relax in the château. That evening we were to experience the biggest night in Beaujolais’ social calendar, Les Sarmentelles.

And it’s here that the next misconception comes in, and it’s perhaps an uncomfortable one. The French don’t dislike the British. Yes, we have an uneasy relationship at times – the kind that neighbours might have, where one finds themselves struggling to keep up with the Joneses – here I’m thinking of French style, while the other looks upon those next door as lacking in culture and good food. But really it is just silly rivalry.

And this became clear during our evening at Les Sarmentelles.

Our visit to France came less than a week after the Paris attacks where terrorists killed and maimed Parisians and tourists on the capital’s streets – in its bars, restaurants and a concert hall.

For most Europeans, it was a crushing time. The latest round in a long run of attacks, aimed at making us scared, powerless, disrupting economies and crippling our societies.

France was under siege once more, and tourists were wondering if they should go ahead with their travel plans.

There was no doubt at all in our minds.

We’ve both lived through the threat of IRA attacks – Terry even narrowly escaped being caught up in the Birmingham pub bombings as he boarded a train at the city’s main station, though was left with the crack of bombs ringing in his ears.

Of course, this new world order of terrorism is different – there are no warnings, they seem more sadistic, and attacks happen far more randomly.

But that last point is what keeps us travelling because these incidents can happen anywhere and at any time. We can’t stay at home waiting for the world to become safe once more.

Thank you Beaujolais for spreading joy, and showing us not all the best things in life are worth waiting a long time for

And so we made our way to Beaujolais… 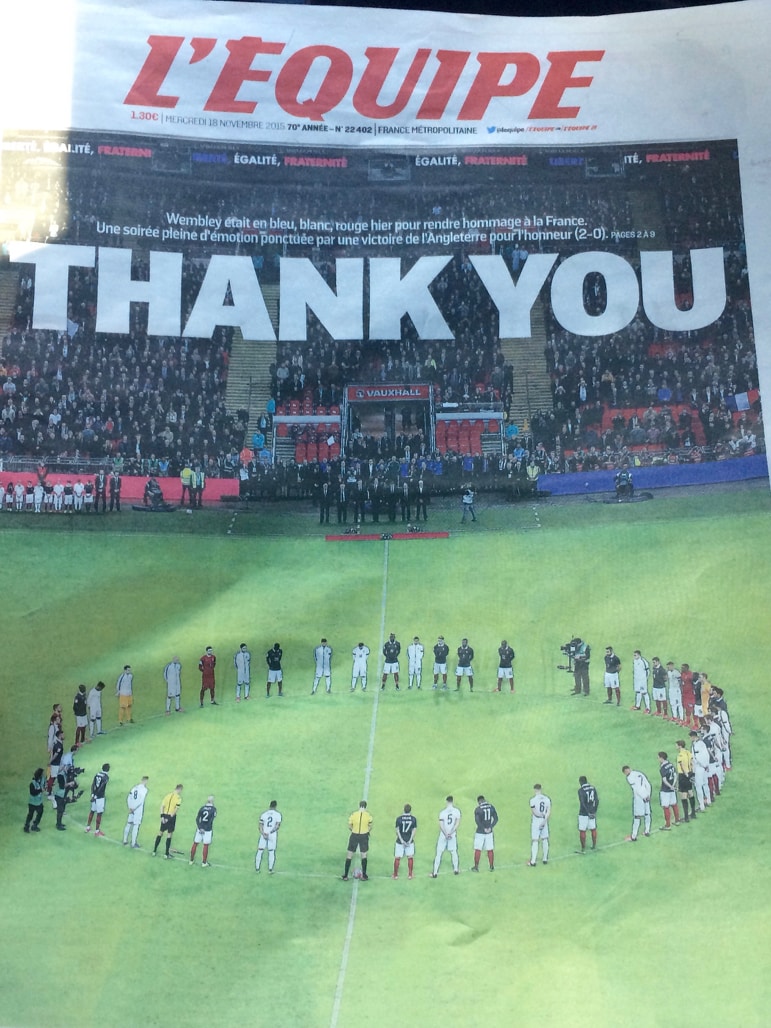 On arrival at Lyon airport, we spotted the front page of L’Equipe newspaper with a photo of the previous night’s football match between England and France at London’s Wembley Stadium. That night both teams gathered in comradeship on the pitch for a two-minute silence in memory of Paris’ victims, then the whole of Wembley sang Le Marseillaise, France’s national anthem.

England went on to win the match, but they also won the hearts of the French. The newspaper’s headline simply read: “Thank You”. And these weren’t just words on a page, perhaps written by an impassioned individual.

Les Sarmentelles has a host of featured slots during the evening, one of which is the bearing of flags of the countries in which Beaujolais Nouveau is sold while their national anthems are played. 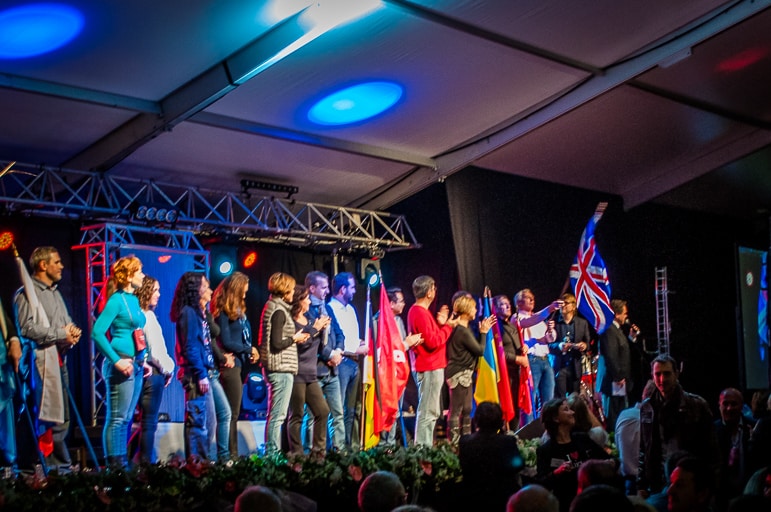 A rapturous cheer and rousing singing was offered up to the UK’s Union Jack as it was held aloft on the stage, the only cheer bigger being the one for the Tricolore. 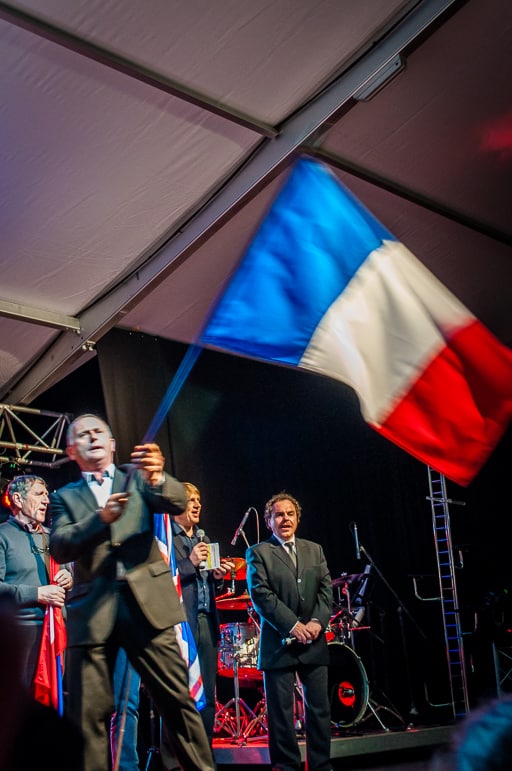 Later, I met Michael, a local labourer. He, like most residents there in the town of Beaujeu, had Les Sarmentelles marked in his calendar as one of the biggest social events of the year. 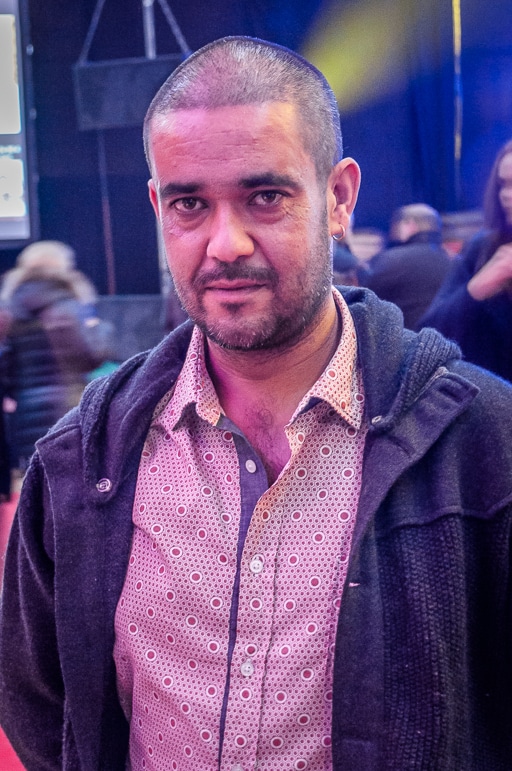 He asked where I was from, and when I said England, tears welled in his eyes as he thanked me for visiting Beaujolais and for the support us Brits had offered France that previous evening in London. And this happened a few more times during our visit.

So to all you travellers I say, travel. To all you Brits I say, love thy neighbour and they will love you back.

The story of French wine

But back to Les Sarmentalles, for this is at the heart of the story of French wine. 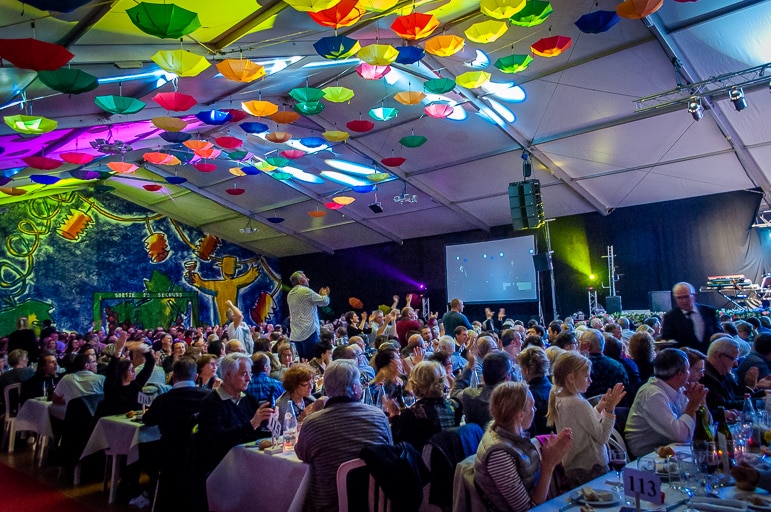 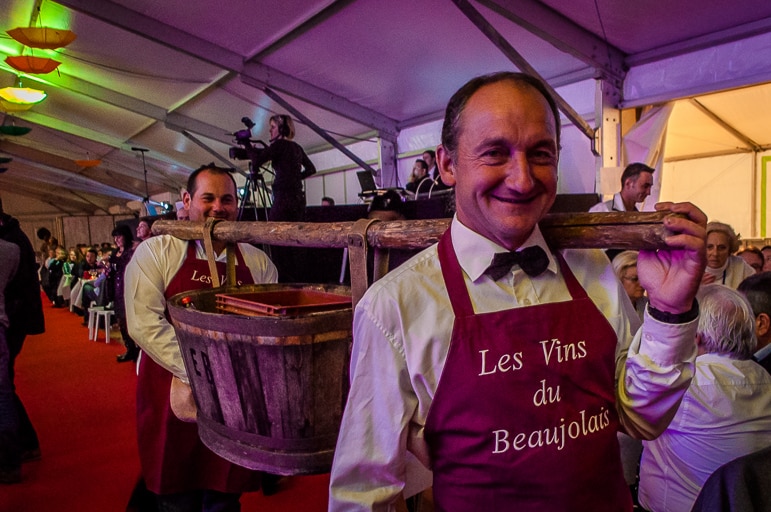 The event attracts around 1,500 locals and wine lovers from around the world for a night of Beaujolais’ foods, and an entertainment extravaganza.

There were four hours of music, dance, acrobatics and song. Traditions were enjoyed as wine associations took to the stage in traditional dress. 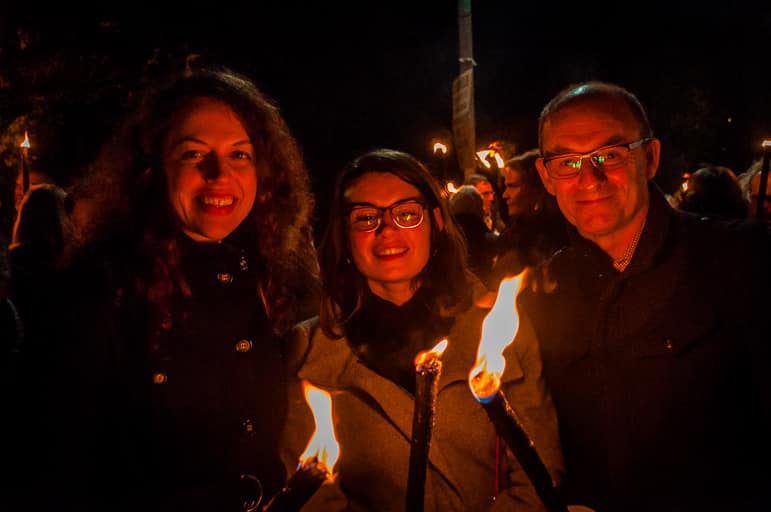 Then there was the big event of the night – the torch-light procession to Beaujeu’s town centre. There, the first barrel of Beaujolais Nouveau would be cracked open at midnight before cases of the young wine were shipped to Paris for more events the following day. 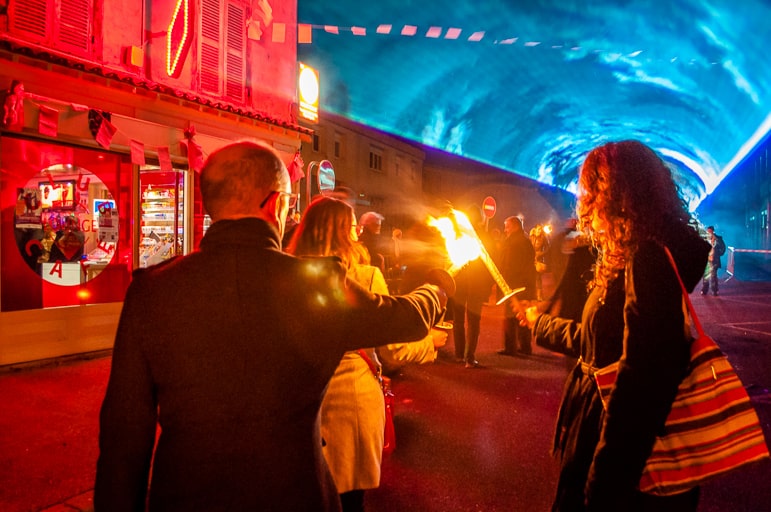 By the orange light of more than a thousand torches there were speeches. Excitement bristled in the crisp autumn air as a hammer was taken to the barrel. Fireworks screeched through the inky night sky, deep red wine flowed into glasses, and then we were clinking glasses with every local hand we could find, and shouting “Santé!” over and over again. 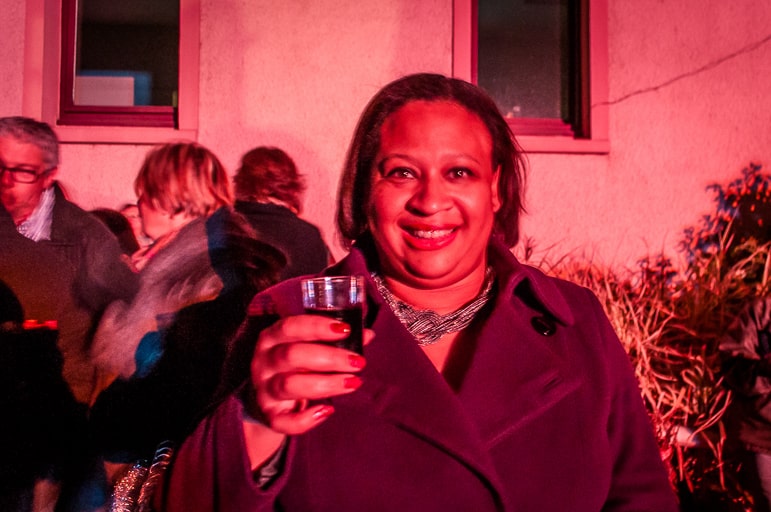 This is the spirit of wine country – formidable in the face of adversity, raising a glass in friendship to visitors, and with a joie de vivre that says life is for living.

Thank you, Beaujolais for spreading joy, and for showing us that not all the best things in life are worth waiting a long time for.

How to enjoy Beaujolais Nouveau Day

Where to stay in Beaujolais – we recommend

Chateau De Pizay – we loved this château for its history – dating back to the 10th century – architecture, great service, delicious food, and spa. 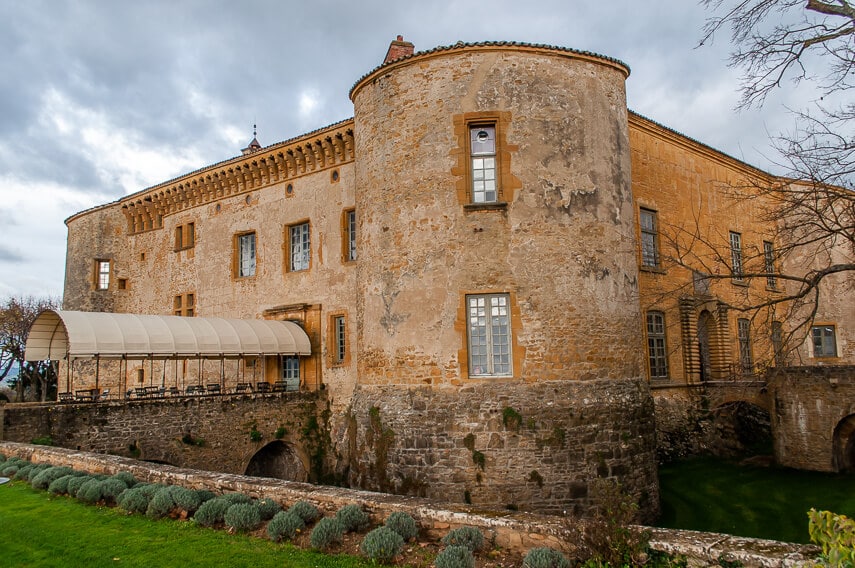 Château de Bagnols – stay in a 13th century castle with turrets, a moat, drawbridge and original centuries-old murals in one of the prettiest Beaujolais villages. Need we say more? If you need further convincing read about our stay in one of the most special places in France.

Where to taste the best of this French wine region

Château de Pizay – we recommend their Beaujolais Nouveau 2015,  and their Morgon Les Sybarites, 2008. 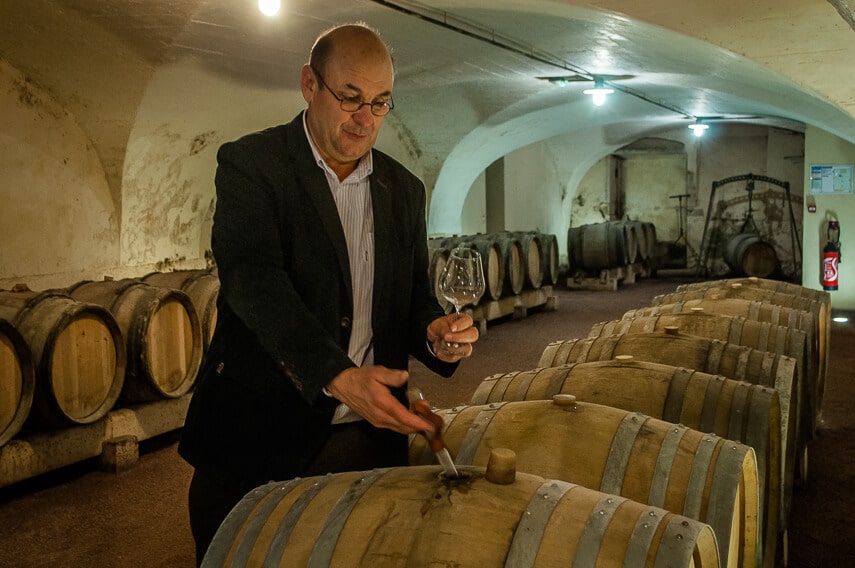 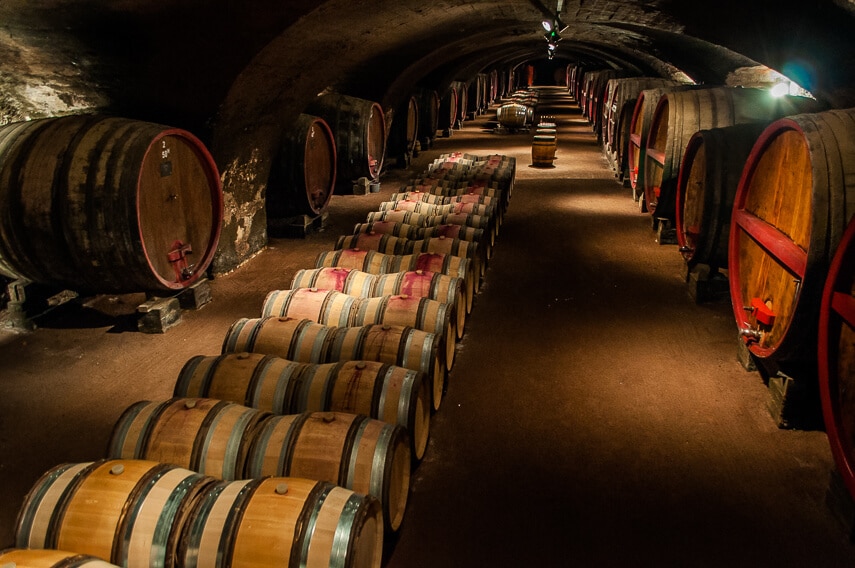 Château de Moulon-à-Vent – set in beautiful grounds this is a well-considered Beaujolais vineyard, with bottles in their cellar dating back to the 1920s. Don’t miss their 2011 vintage named after the estate.

Auberge de Clochemerle in one of the most famed Beaujolais villages is where one-Michelin starred chef Romain Barthe uses locally sourced, seasonal ingredients to create exciting dishes such as langoustines, rhubarb, red onions, in a lemongrass emulsion with burrata; and Erquay scallops with Beaujolais vegetables in a turmeric curry broth, in this small town location. We also had wonderful Beaujolais wines there such as Beaujolais blanc, En Verchère 2014 Jean Luc Longère; Fleurie 2011 from A. Foillard, and dessert wine, In Extremis, from Jean-Paul Brun. 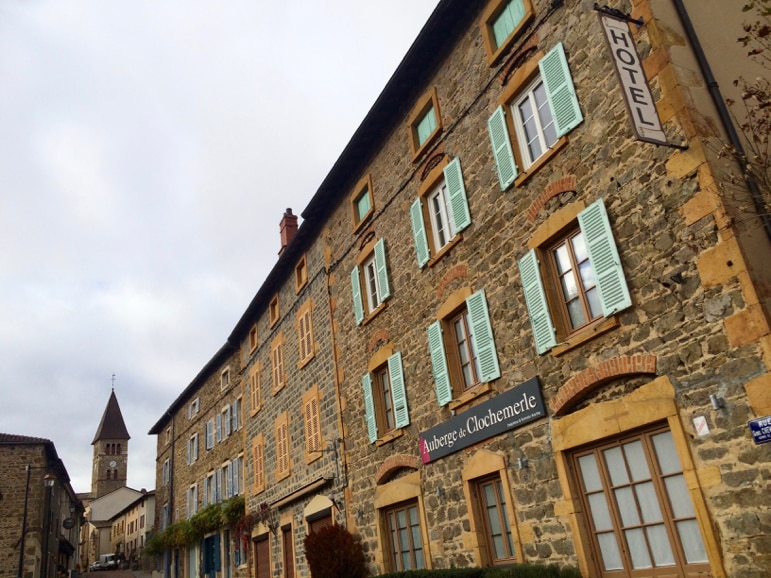 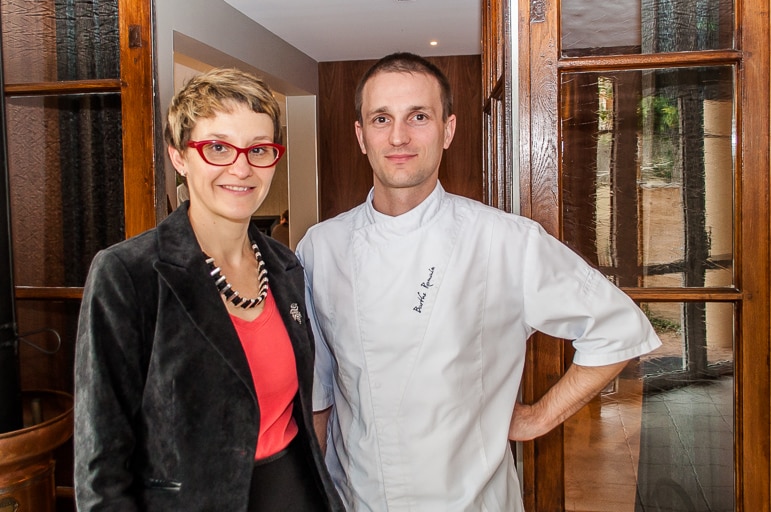 Put Beaujolais Nouveau Day (November 18) in your diary and book a ticket for Les Sarmentelles. The event is largely in French but will help you feel a part of this wine celebration and Beaujolais culture. 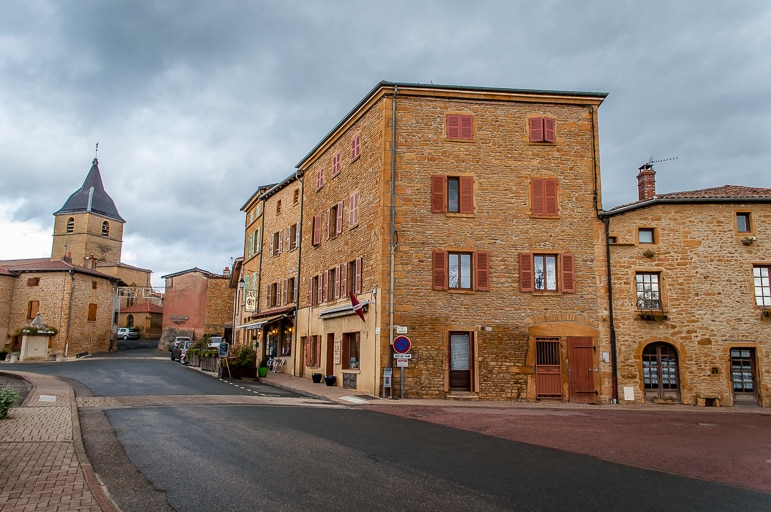 There’s plenty of history and character in Beaujolais’ villages and towns. Don’t miss Bagnols for its golden stone buildings, Beaujeu for its quaint centre and Le Huillerie Beaujolaise providing virgin oils to France’s best restaurants, Clochemerle for its mural depicting its literary history (it was the feature of a 1934 satirical book of the same name about the townsfolk) and Chateau de la Chaize for its absolute grandeur. 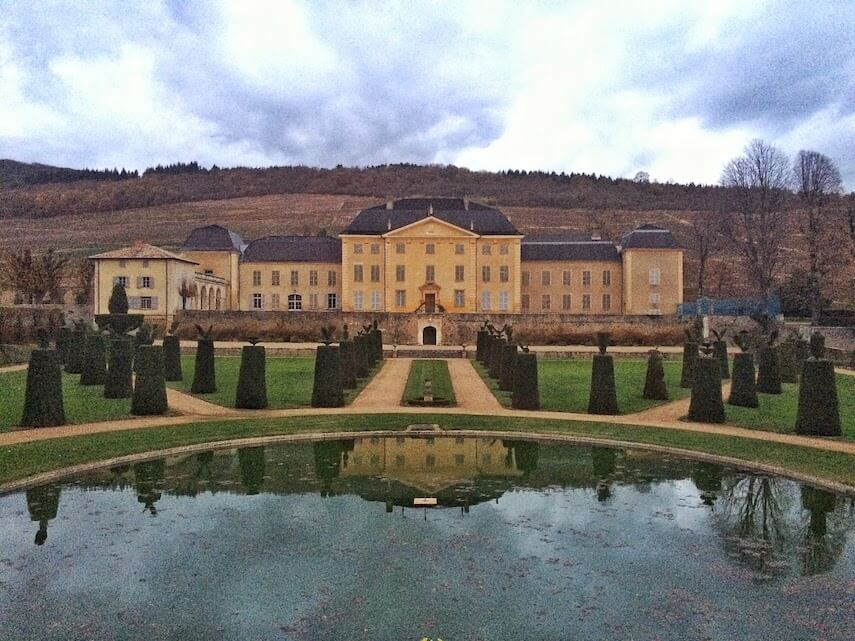