Berlin, Germany’s capital, has witnessed many momentous moments in history and today that past has helped make it a vibrant and fascinating world-class city, meaning you will never be short of things to do in Berlin.

For history buffs there are a multitude of memorials, museums and sites which acknowledge this city’s long and complex past.

Berlin is a young city – the reunified city is after all just over 25 years old following the fall of the Berlin Wall in 1989. And this youth brings dynamism, excitement and energy to the city.

And just like many capital cities it has a cosmopolitan vibe due to its multicultural nature. From the shopping, to its pop culture, entertainment to high culture the city is a treasure trove and there are many great things to do in Berlin.

To see is to believe, and here is a selection of places to go to and things to do in Berlin. We highlight the must see landmarks, such as Checkpoint Charlie, the TV Tower, the remains of the Berlin Wall and much more.

This guide is sectioned into our favourite places to visit in Berlin by interest; and for those still planning a visit to the city, we highlight some of Berlin’s finest hotels below.

Places to go in Berlin for a lesson in history 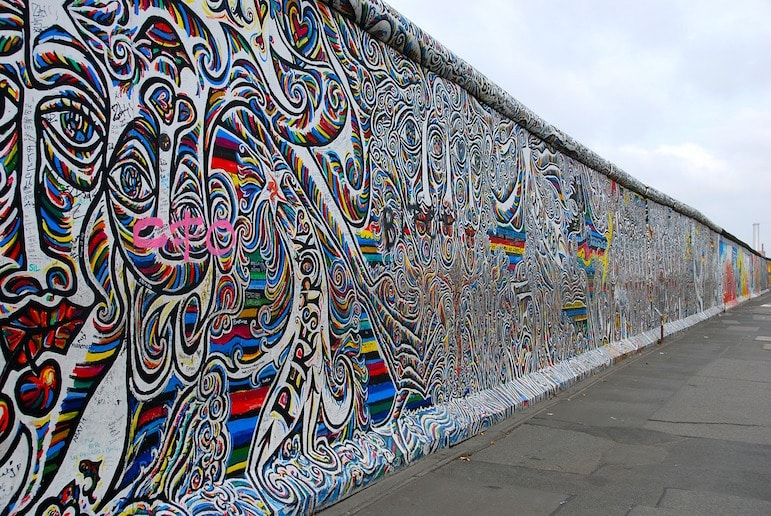 At the mere mention of Berlin, the Berlin Wall is likely one of the first things to spring to mind for anyone with knowledge of the city’s tumultuous history.

For 30 years the wall served as a symbol of the Cold War, then in November 1989 a metaphorical thaw in relations between East and Western Europe led to a peaceful uprising and the wall was brought down.

Gedenkstätte Berliner Mauer is a memorial dedicated to the people of Berlin, featuring fragments from the walled construction. With the preserved grounds behind it, it helps visitors to understand its history.

The significance of the wall to the people of Berlin at the time cannot be over-stated, many Berliners were separated from their families, lost their jobs and even their lives attempting to cross the border. 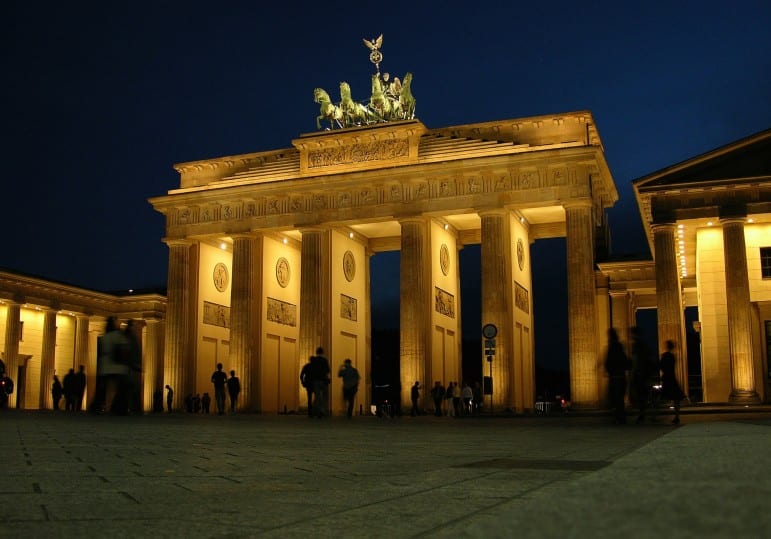 The neoclassical Brandenburg Gate is one of Germany’s best-known landmarks and the city’s only remaining gate which was used as a border crossing between east and west Berlin.

Modelled on the Acropolis, the gate is today a landmark of peace and unity. 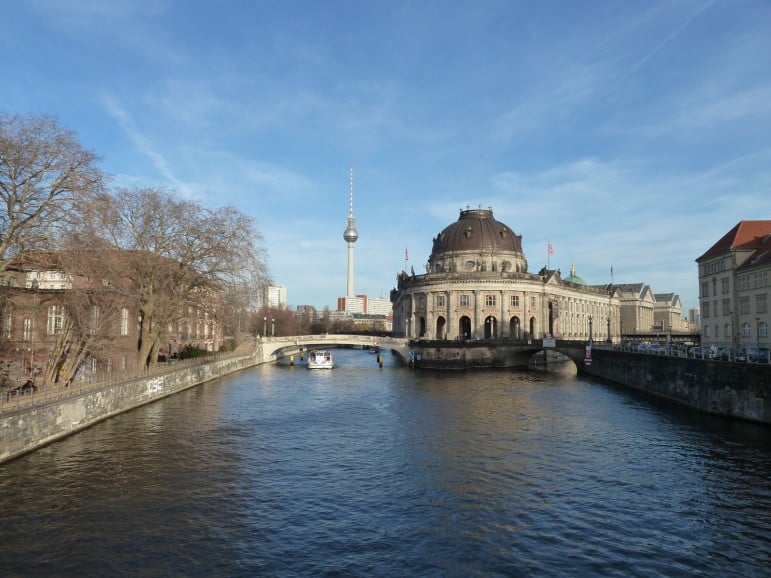 Museum Island is a likely magnet for history and culture lovers and features five world-renowned museums, which in themselves represent the evolution of modern museum design.

The Altes Museum was the first public museum in Prussia and houses Berlin’s main collection of ancient art and sculptures.

Meanwhile the much photographed Bode Museum displays collections of Byzantine art and the Münzkabinett, which presents coins, medals and minting equipment highlighting the history of life through metal. Beautifully restored and set amid imposing surroundings, it is a wonderful showcase for the impressive collections.

Places to go in Berlin for entertainment 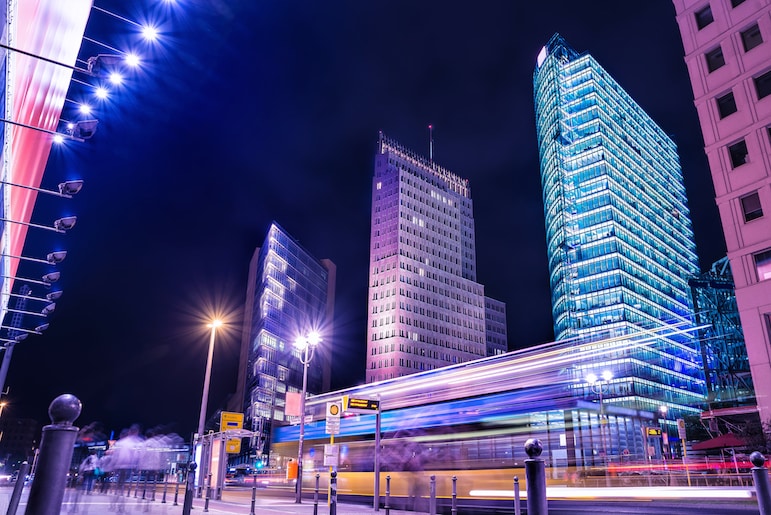 Following a number of restoration projects, the square is now a major hub with shopping, entertainment and culinary attractions.

Once you have enjoyed a spot of shopping, stop off at Facil, a gourmet oasis in the bustling city. The light and airy restaurant, with two Michelin stars, blends luxury surroundings with elegantly light cuisine.

And what better way to finish off the afternoon than with a cocktail at Caroshi, a Japanese cocktail bar where you can sit back with an exotic drink while listening to chill out sounds. 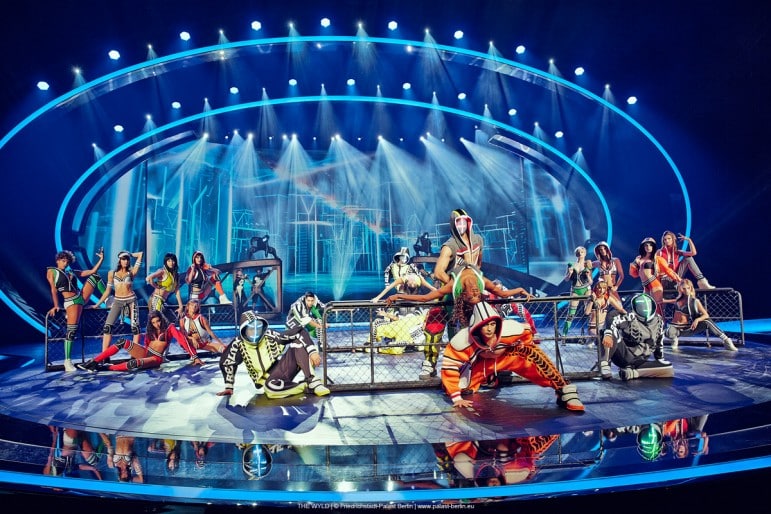 Make time one evening for The Wyld at Friedrichstadt-Palast, a quirky yet beautiful show. A wonderful tale of the city of Berlin, it’s so elaborate, it could take on the best of Las Vegas.

With a new grand show released in September 2015, it is one of many the things to do in Berlin if you want to be enthralled by a new era of entertainment.

If you don’t have time for the show, visit the theatre for a photo opportunity, taking in its fabulous architecture and light display. 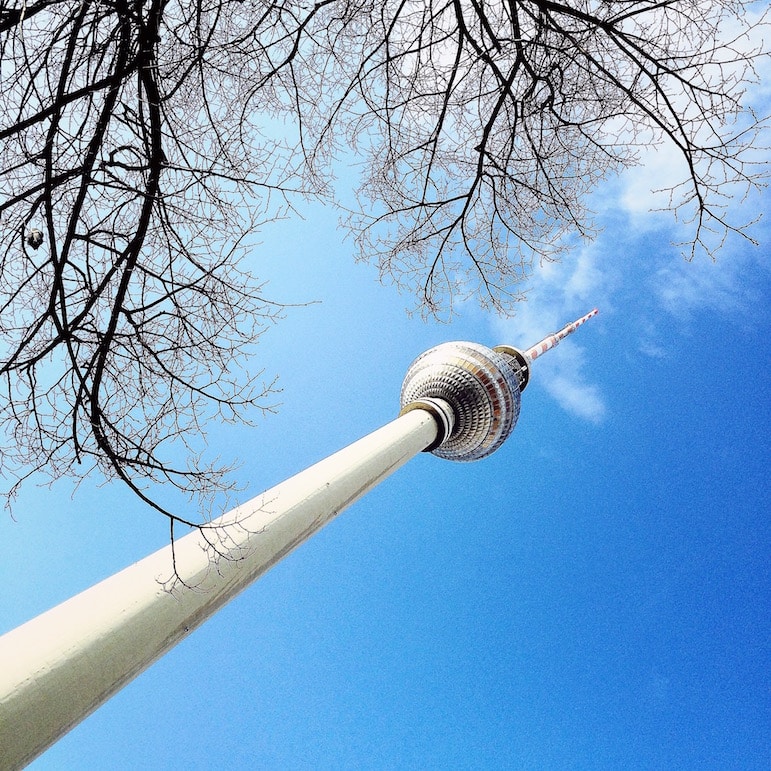 Discover a 360-degree panorama of Berlin from its TV Tower. At 207 metres high, you can observe key sights from above, including the Reichstag parliament building, the Olympic stadium, Potsdamer Platz and the Brandenburg Gate.

For the best light, visit at sunrise or sunset for a magical setting. Once you have enjoyed the panorama, call in at the revolving bar and restaurant to relax and soak up the views.

Things to do in Berlin to enjoy the great outdoors 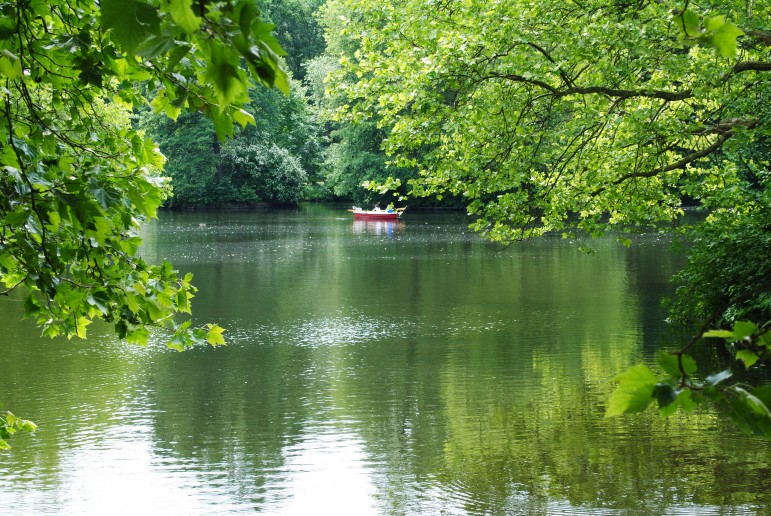 In between exploring some of Berlin’s urban attractions, wander through some of the city’s great open spaces.

Tiergarten is an inner city park with meadows, fragrant flower-beds and landscaped gardens, while in colder months it becomes a winter wonderland when the lake freezes over.

For peace and tranquility, Rousseau Island and the English Gardens are places to roam for contemplation or to calm the mind. 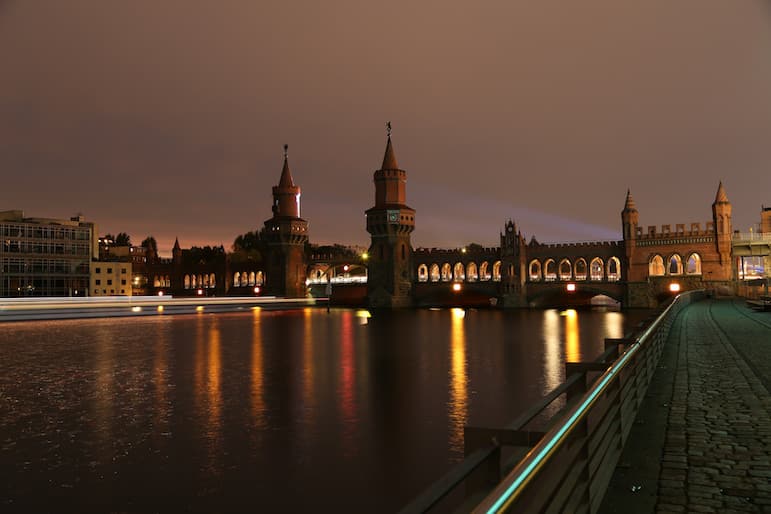 Featuring two towers, the red brick bridge is perfect for a leisurely stroll and of course for great photo opportunities. 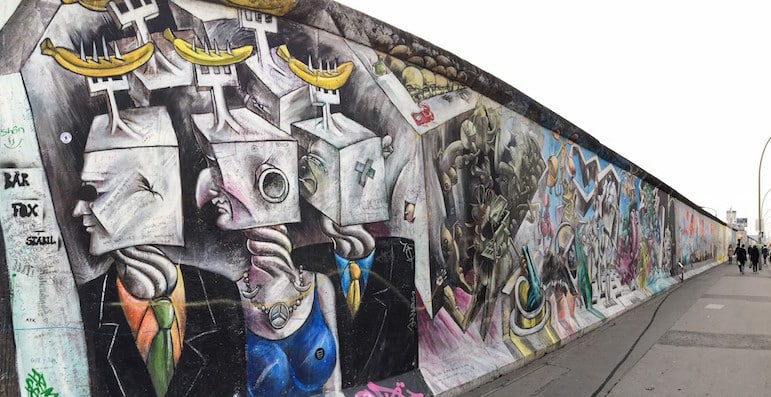 While you’re in the area, pay a visit to the East Side Gallery, which features sections of the Berlin Wall adorned with street art created by Berliners when the wall came down, and regularly recreated. 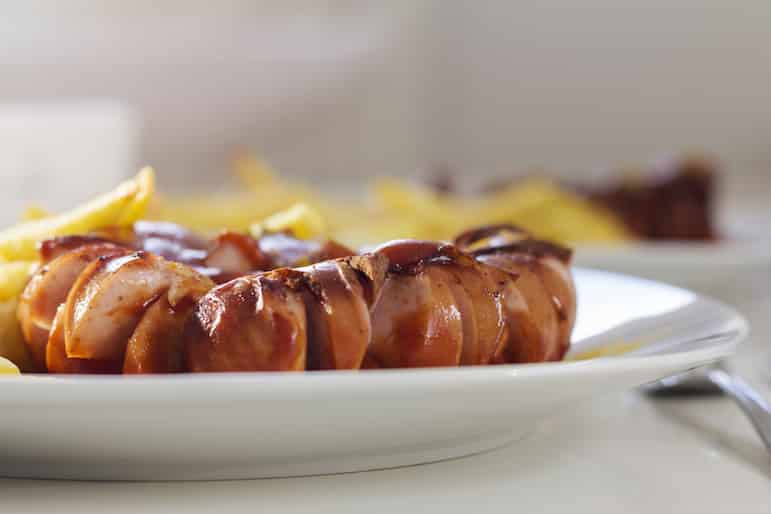 A visit to a city without trying out the local food would be almost sacrilege. Book a food tour to explore some of Berlin’s micro-breweries and its best currywurst restaurants, and learn some facts and history along the way.

It also serves as a great way to get your bearings in the city and discover the passion and culture behind Germans’ love of beer and a good sausage. Typically you will stop at three currywurst restaurants and a number of bars.

Places to go for shopping 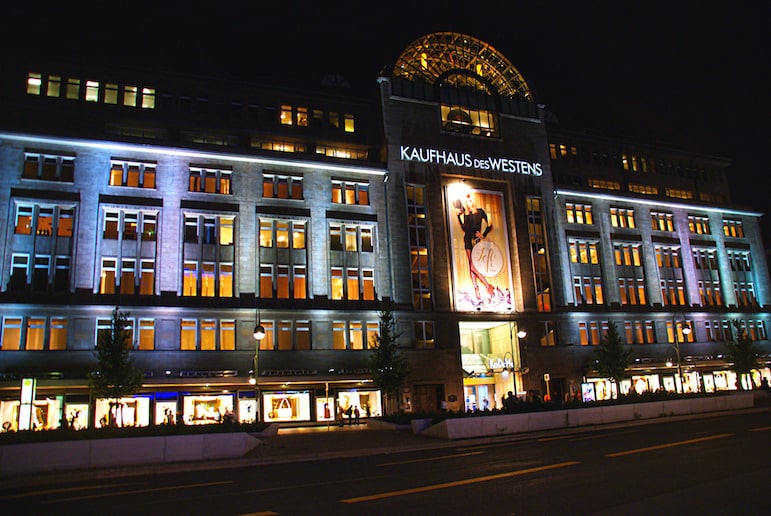 The jewel in the crown of Berlin department stores, Kaufhaus des Westens (KaDeWe) houses designer stores such as Gucci and Prada as well as other European quality outlets.

Well over 100-years-old, every day the original iron gate from 1907 is opened for visitors to begin their shopping adventures. Over the years more mainstream stores have found their way into the department store mix.

Be sure to visit the renowned luxury food hall on the sixth floor for an overwhelming sensory experience. 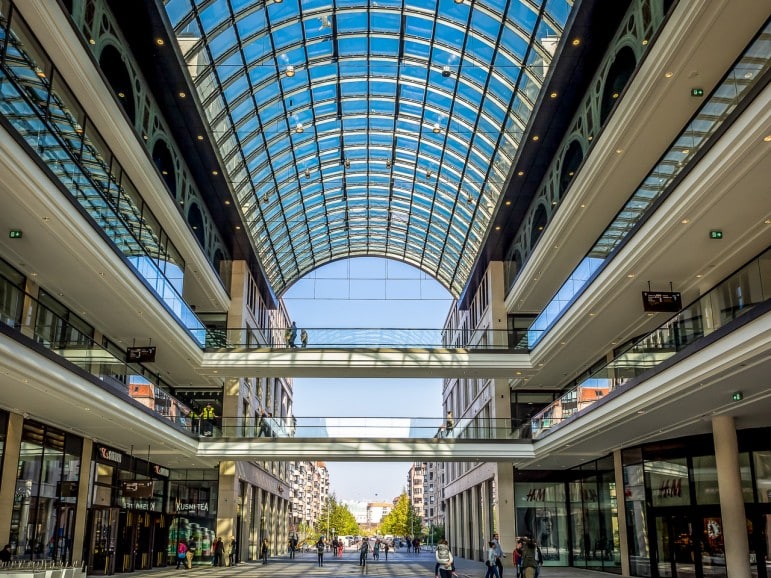 If you prefer more modern encounters, the Mall of Berlin is a paradise for chains including H&M, Zara and mainland European favourite, C&A.

Keep an eye out for the mall’s special events throughout the year including meet and greets with famous sports stars, fashion shows and cultural attractions to entertain shoppers. 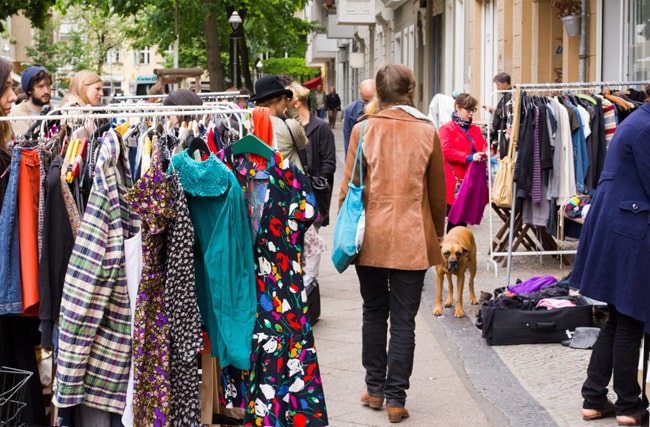 Enjoying something of a revival, hipsters and fashionistas flock to Berlin to enjoy its vintage and eclectic fashion finds, dotted all over the city. If you are looking for something unique make a beeline for its pop-up stores.

Our favourite? Sing Blackbird which sells vintage wares from the 1970s to the 1990s. Once a month it has a flea market, and stages movie nights with a pop-up bar.

Places to stay in Berlin 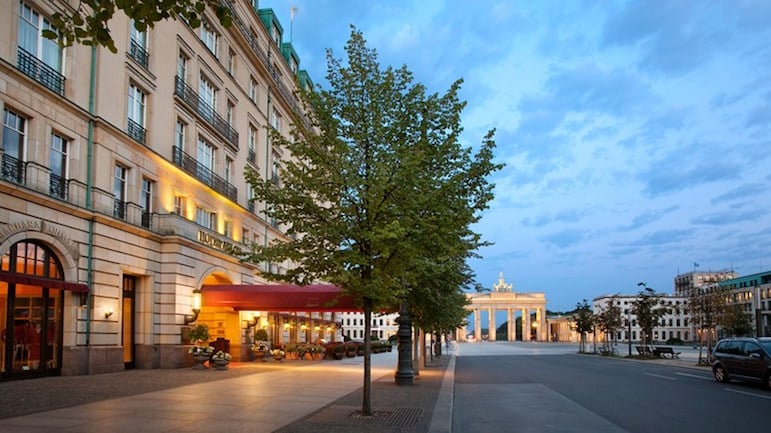 Here’s some of our favourite hotels in Berlin :

Hotel Adlon Kempinski – elegance and style on the famed Unter den Linden road close to the Brandenburg Gate, this hotel is a haven for all things luxe.

The Regent Berlin – an exquisite five-star, voted one of Berlin’s best hotel stays.

Lux 11 Berlin-Mitte – the chic rooms here are perfect for followers of fashion, in the pulsating heart of Berlin’s fashion and art district.

Radisson Blu Hotel Berlin – featuring an aquarium as a centrepiece this quirky hotel is the perfect base for exploration.

ARCOTEL Velvet – a boutique hotel in the city centre, close to Museum Island with warm interiors and great city views.

Honigmond Hotel – a historical gem in the city centre, perfect for peace and tranquility.

Hotel de Rome Berlin – next to the Opera House, indulge in lavish breakfasts and its sprawling spa.