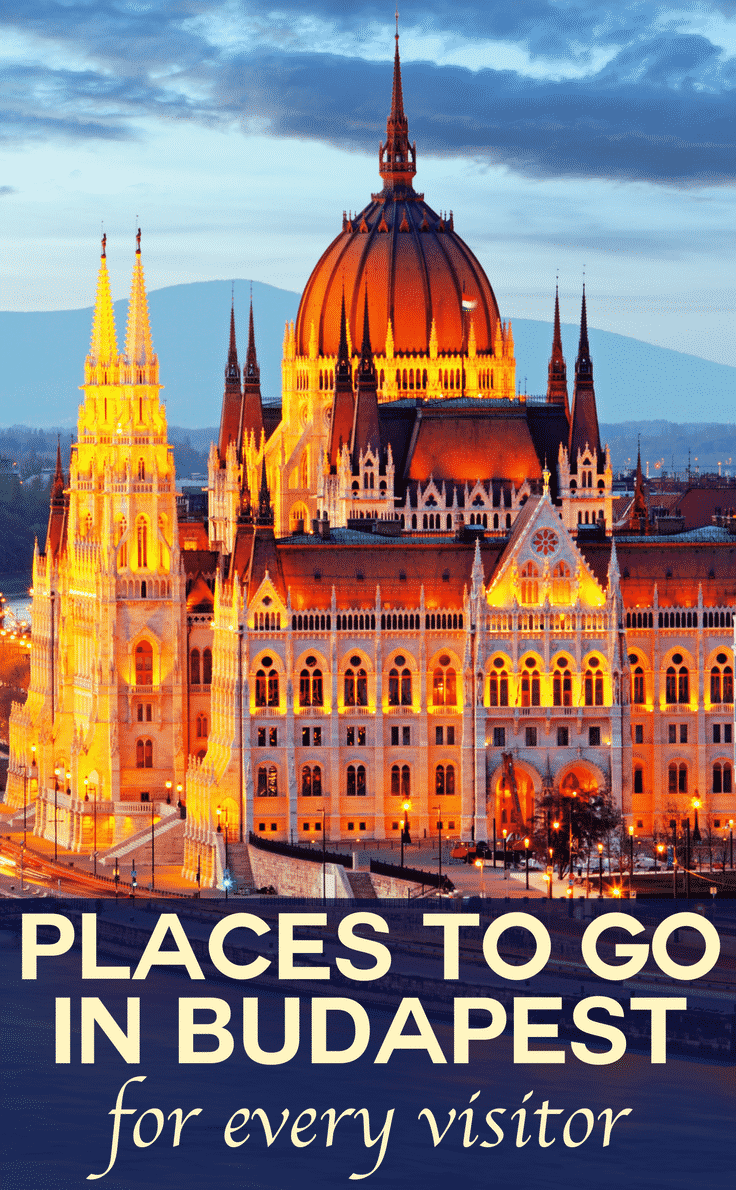 Budapest is one of the most beautiful, but underrated European cities. It’s also one of Europe’s most affordable, so we’ve collated a few of the best places to go in Budapest so you can make the most of your visit.

With architecture to rival Barcelona, history so rich you will find something new every day you wander its picture-perfect streets, and a romance akin to Paris, Budapest should be on your list of places to go.

A city of two halves, Buda and Pest, it’s easy to navigate on foot and that’s exactly how you’ll want to see the city as you’ll find numerous exciting features on both sides.

If you are looking for affordable luxury, then this is one European city break where you can expect to stay in some of the nicest hotels for a fraction of the price of most European cities.

Places to go in Budapest 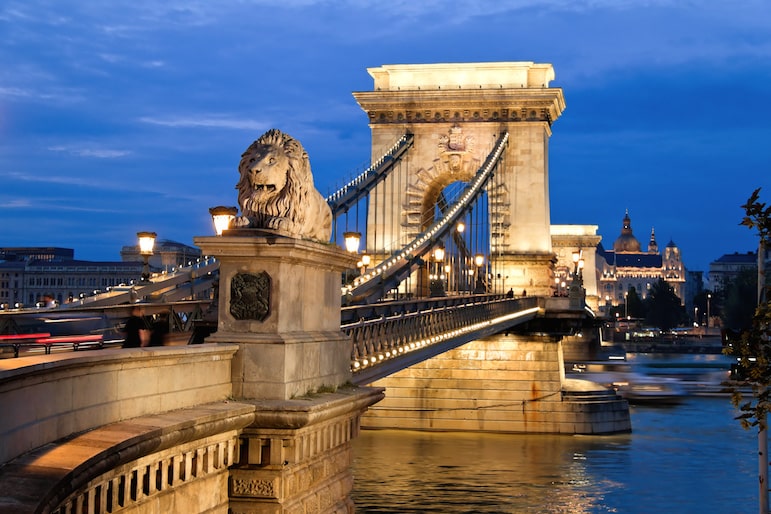 Walk across its beautiful bridges

Split by the river Danube, Buda and Pest have their own distinct qualities. But regardless of which side of the river you choose to stay in, you should explore both if only to walk across some of the many fabulous bridges Budapest has to offer.

There are around eight bridges in the city, but the most famous is the incredible Széchenyi Chain Bridge – the first to be built to connect the two sides. Famed for its iconic lion heads on each side, it was built by English architect William Tierney Clark in 1839. 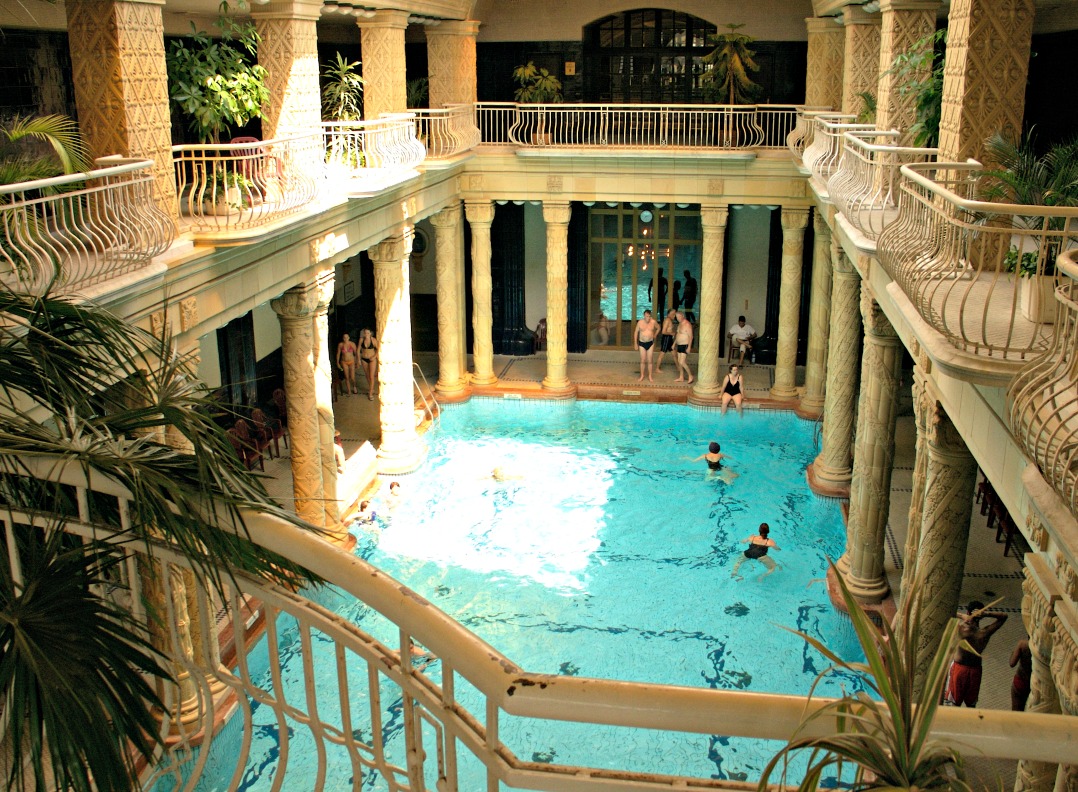 You can’t come to Budapest and not visit one of the many amazing thermal baths in the city. Sitting atop over 100 thermal springs it’s little wonder that taking a bath is a quintessential Budapest activity.

There are numerous options when it comes to picking a bath and options range from the art deco to the modern luxe. But the Gellert Baths over in luxurious Buda is jaw-dropping both inside and out. With architecture to swoon over, and plentiful space to soak away your troubles, the bath and spa is truly one-of-a-kind.

Not many people know how delicious Hungarian food is. But one of the best ways to get to know a country and it’s culture is through local food.

It’s not all goulash and generous chunks of fresh bread, although if you want to eat that you will be delighted at the many offerings. But in Budapest you can expect a cosmopolis of culinary delights, as traditional eateries sit comfortably with haute cuisine. 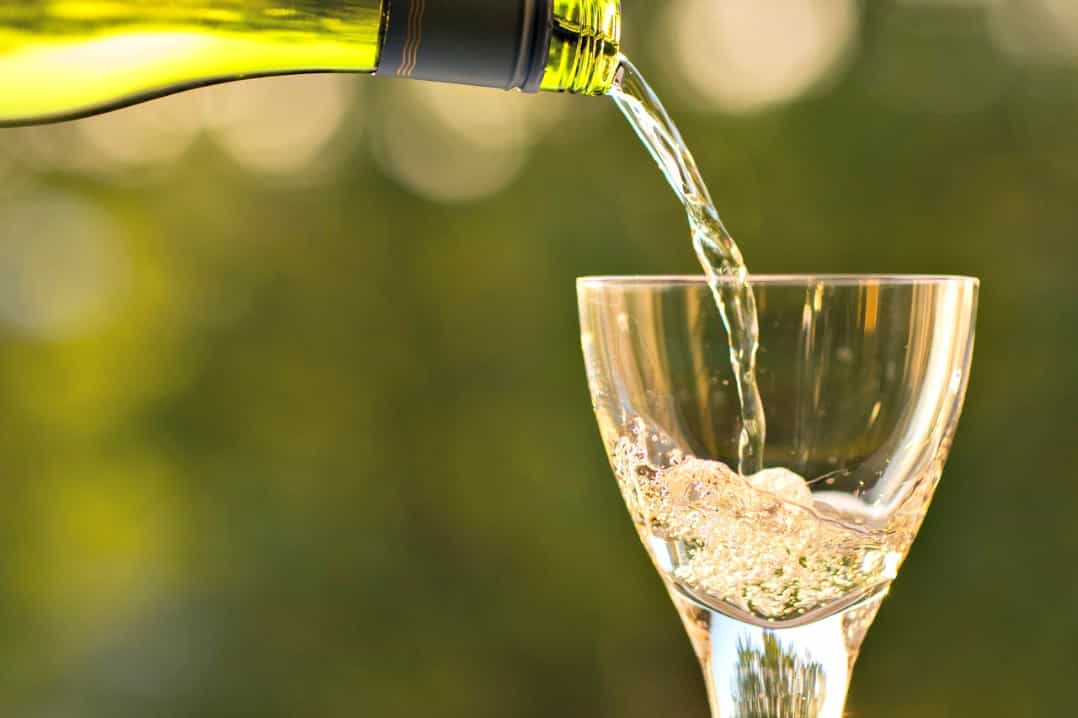 While you may be more familiar with French, German, Italian or Spanish wines — Hungary has a few of its own to offer.

Pálinka (fruit brandy) may be more well known in the country but wine is taken very seriously indeed. Especially in the summer months when wine spritzers become prevalent. There’s a bit of a code to follow though: a kisfröccs (small spritzer) is half wine and half mineral water; a nagyfröccs (big spritzer) is double wine. A hosszúlépés  is 100ml of wine and 200ml of water,  and a házmester (janitor) is triple the amount of wine.

There are plenty of wine bars to be found around the city but the Faust Wine Cellar, in Buda, is one of the best.

Take a nighttime stroll along the river 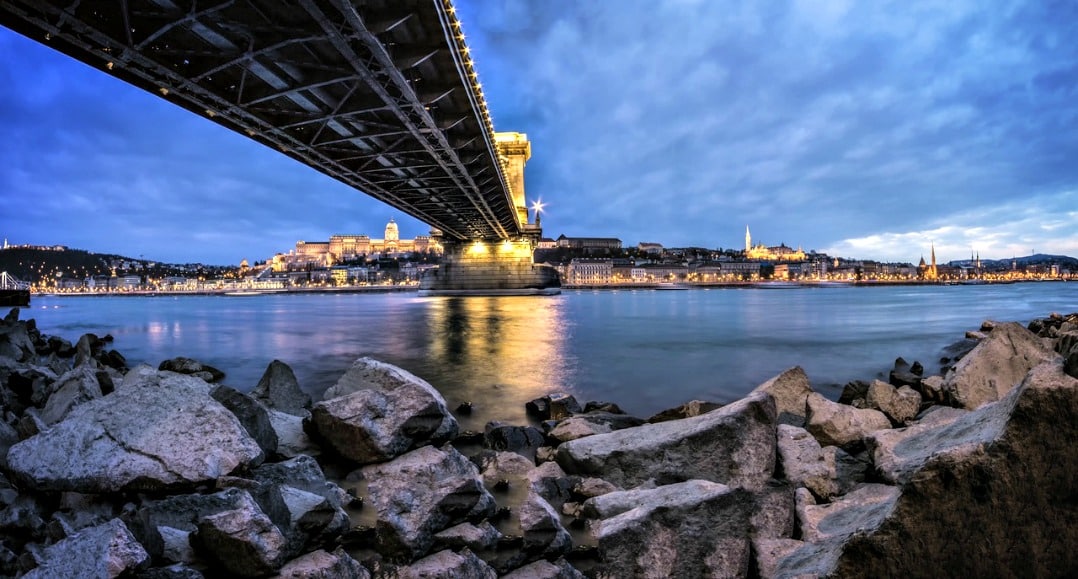 Budapest is a beautiful city, but never more so at night when the buildings are lit up.

Walk along the Danube, across one of the many beautiful bridges and take in the views of the Parliament building.

Wander in the Jewish Quarter 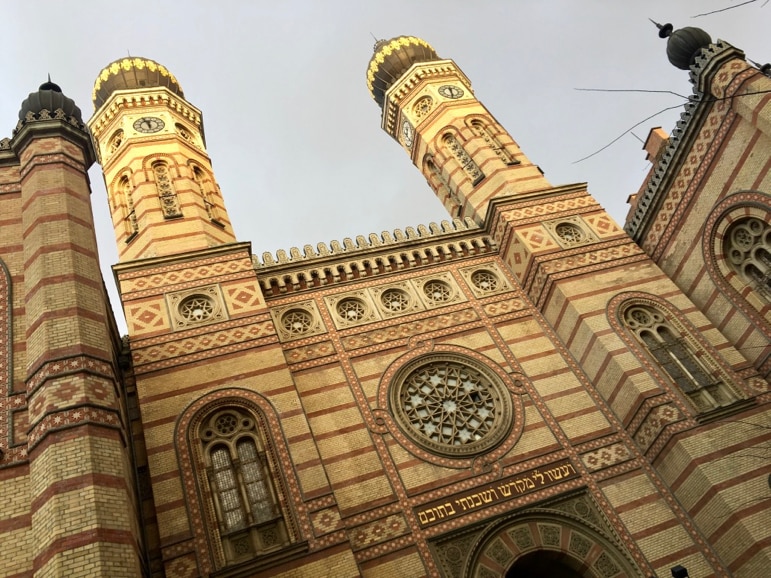 The Jewish quarter, on the Pest side, is rich with history and incredible sights. From the Shoes on the Danube Monument (pictured above) to the Great Synagogue — the largest synagogue in the world after New York — it’s easy to spend days wandering amongst the incredible sights.

Budapest has some great walking tours which take in all of the well known landmarks of the Jewish Quarter sights as well as some lesser known ones, with plenty of stops along the way to refuel on some delicious local food.

Budapest’s Heroes’ Square is largest square in the city and was built in 1896 to celebrate the thousandth anniversary of the founding of Hungary. 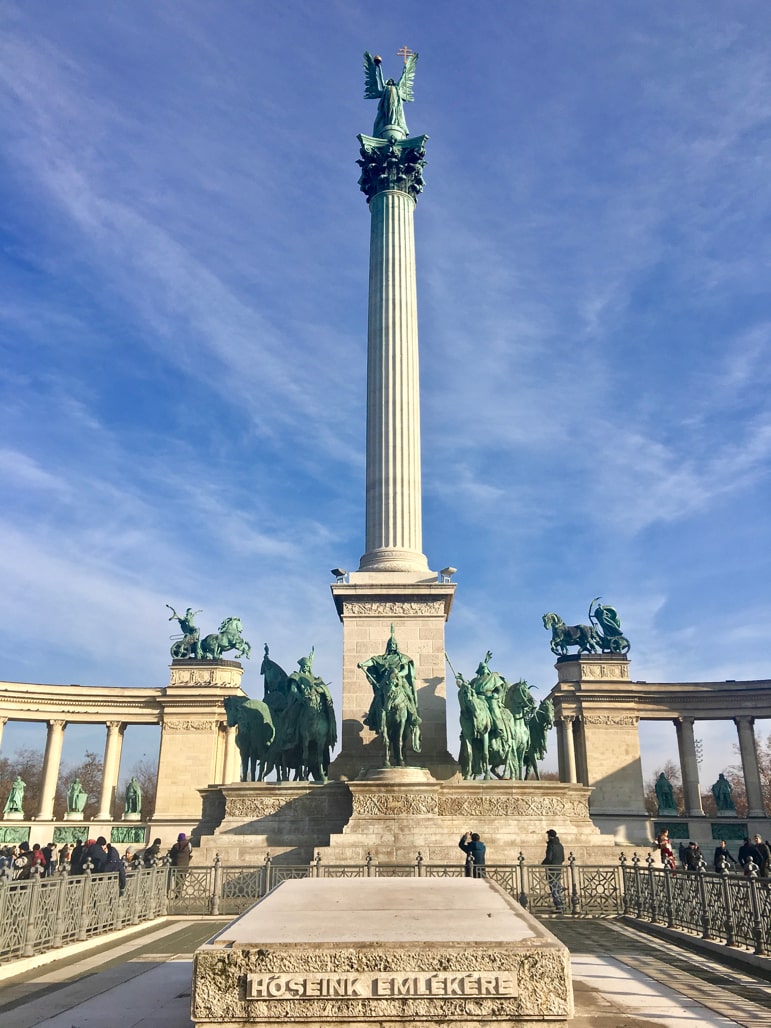 Budapest is rich with history, which may come as a surprise to the average traveller. However, scratch the surface and you’ll discover a past steeped in occupation and replete with culture.

The Jewish Quarter is where you’ll find many of the sights, but wandering down to number 60 Andrássy útca you’ll find the House of Terror museum, dedicated to sharing the horrific history of the communist and fascist regimes who based their headquarters at that location. 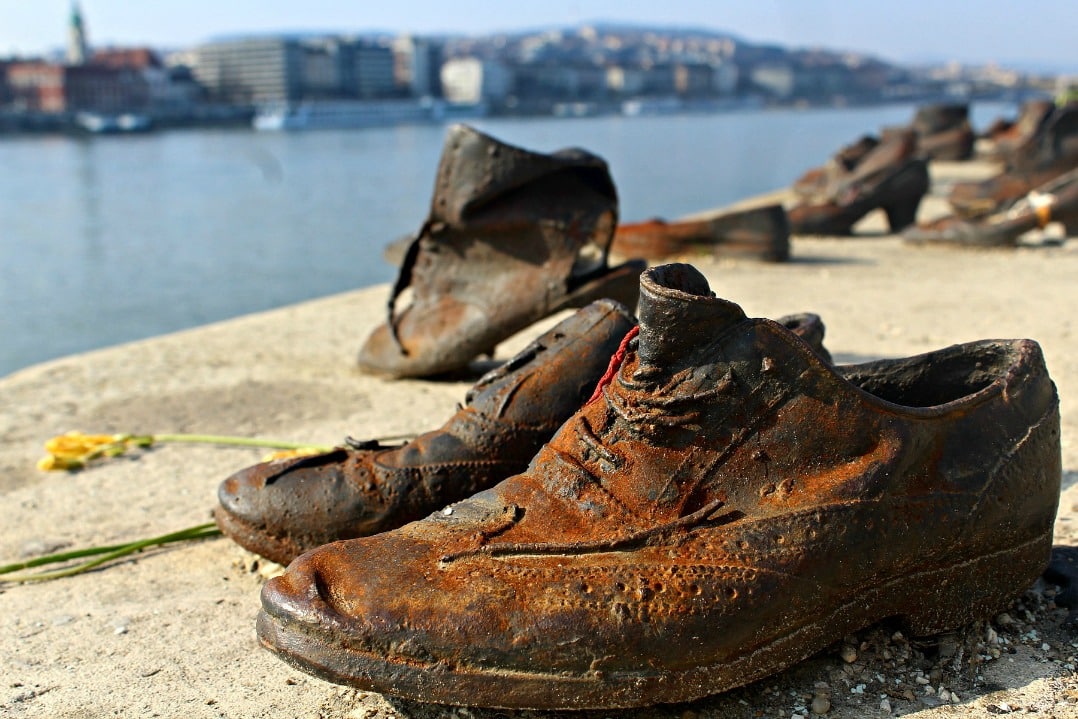 These shoes on the bank of the River Danube Budapest, are a memorial to a massacre during WWII. Here a firing squad shot prisoners who had been forced to strip naked and face the river, they then fell into the water and were washed away. 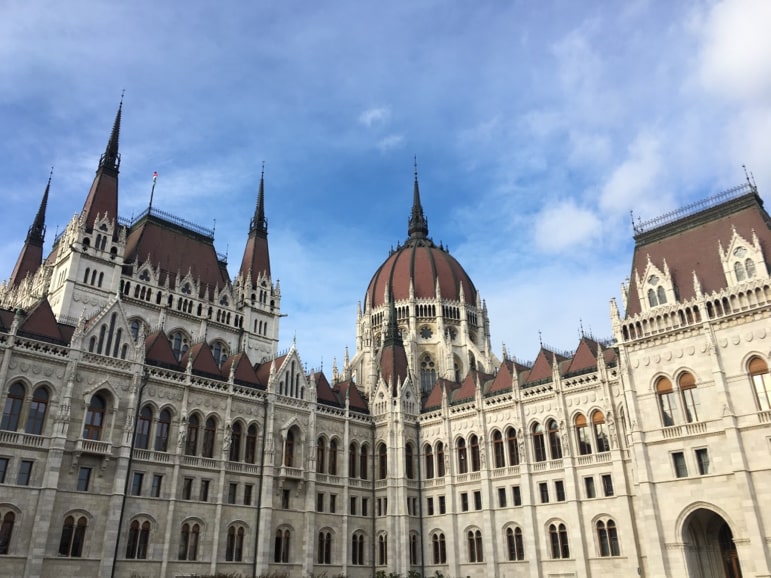 The hugely impressive parliament building in Budapest is over 100 years old, and is a magnificent Neo-gothic structure.

Take in the views from Castle Hill 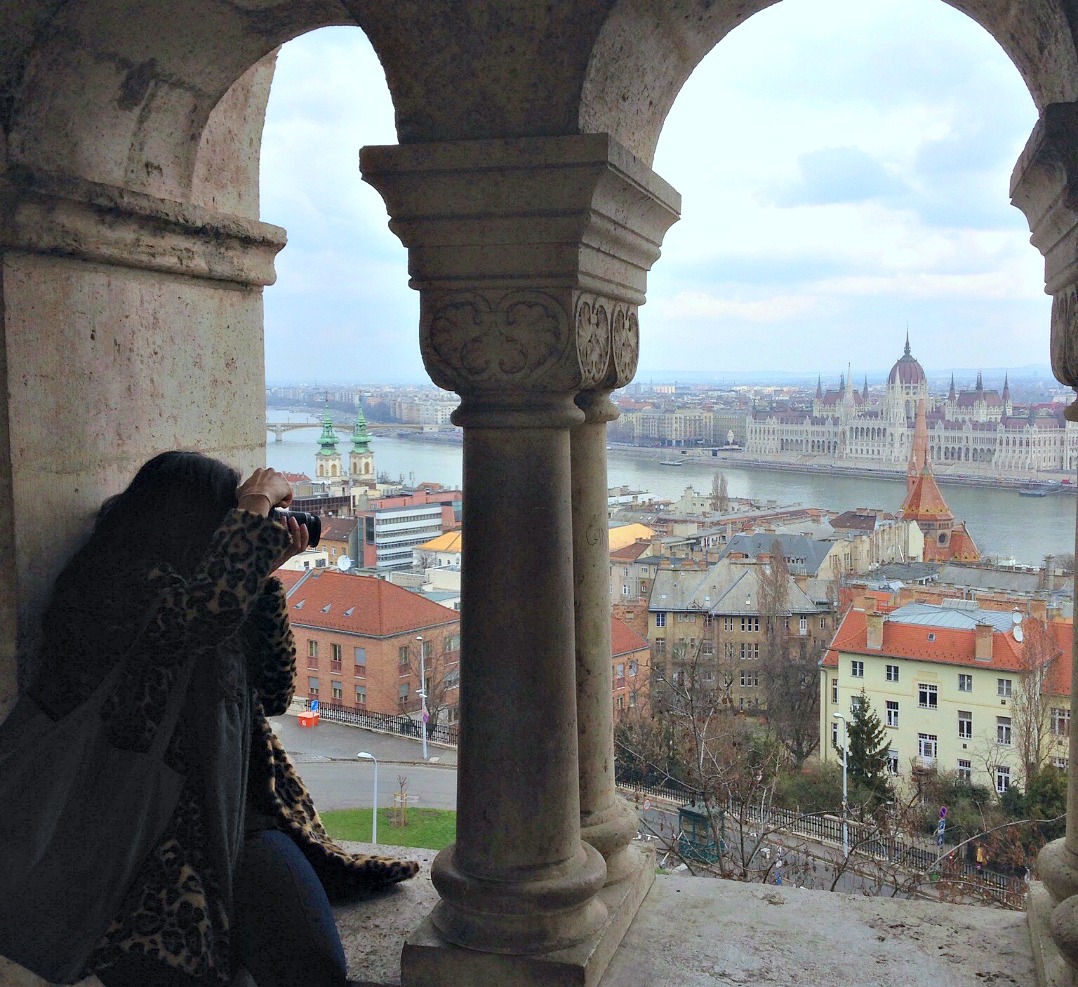 Although Budapest is easy to navigate on foot in just a few days, to get the really good views you need to strap on your walking shoes and hike up to the top of one of the many hills. 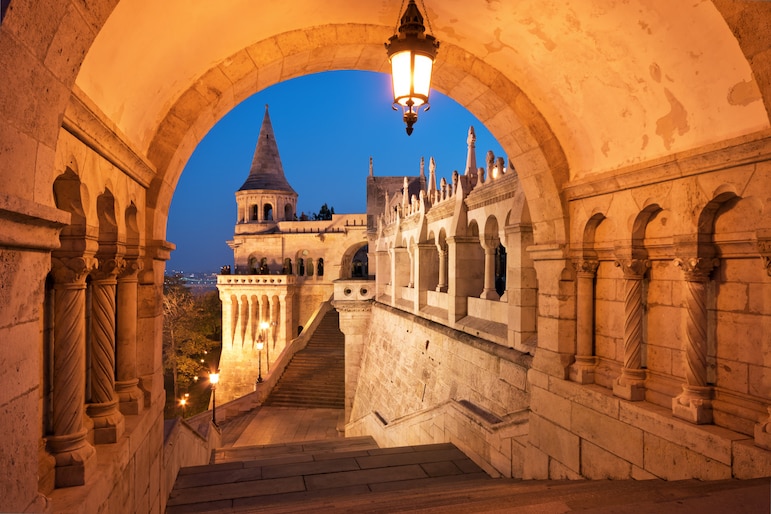 Gellert, Castle and Buda hills are all must-visit spots. While you’re at Castle Hill make sure to catch the breathtaking views from Fisherman’s Bastion too. 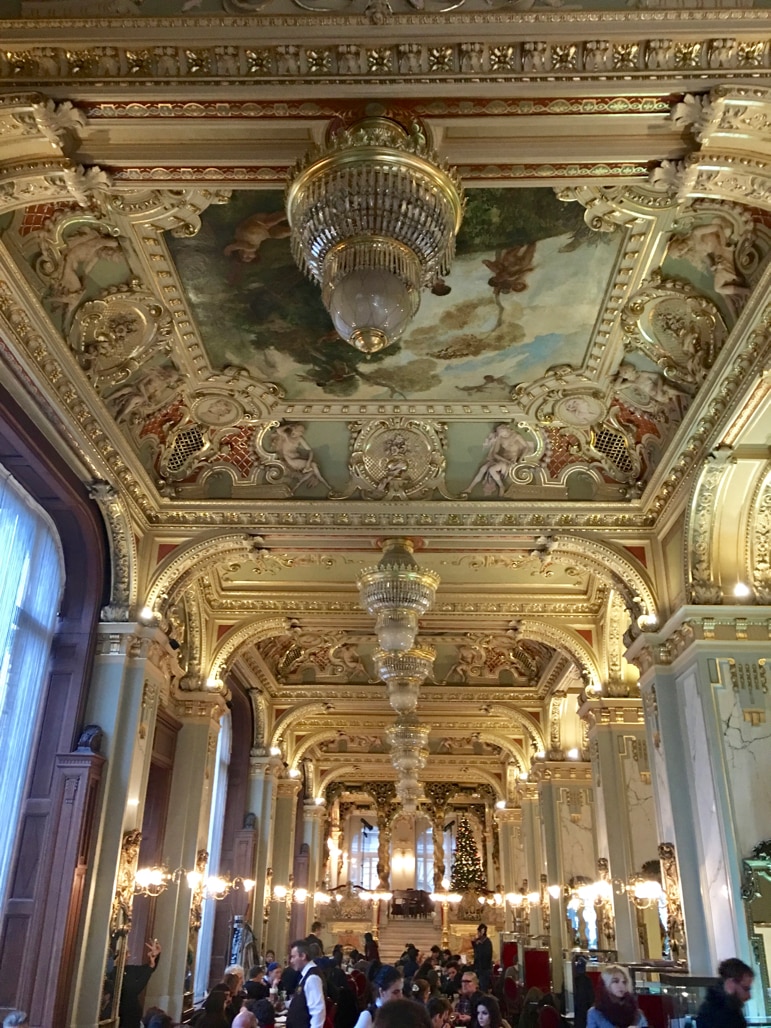 With all the walking you’ll be doing you will need a pitstop to refuel and get your energy back. Luckily, in Budapest coffee shops abound. 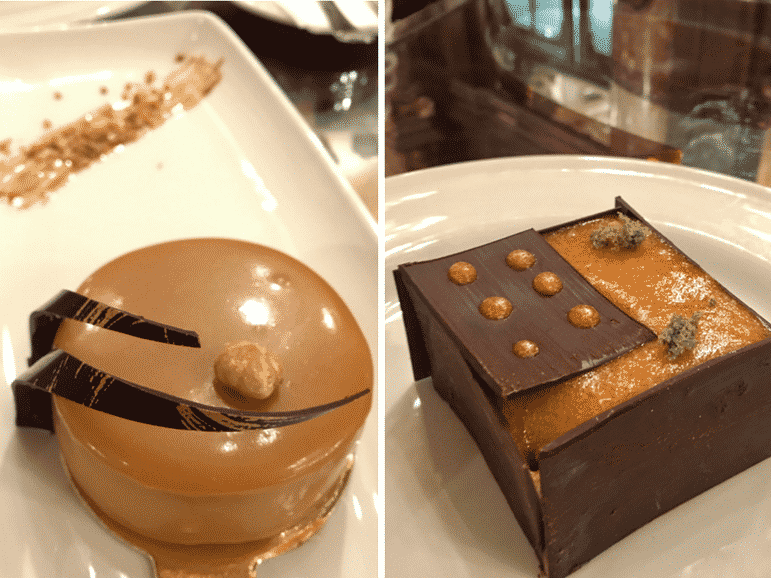 One of the most famous is the New York Cafe, on VII Erzsébet körút. It’s a place with exquisite interiors and Renaissance decor in which to enjoy a coffee and some cake of an afternoon.

Two ways to see Africa’s Big Five at Kruger National Park
How to travel: 12 travel beauty hacks for your best holiday ever