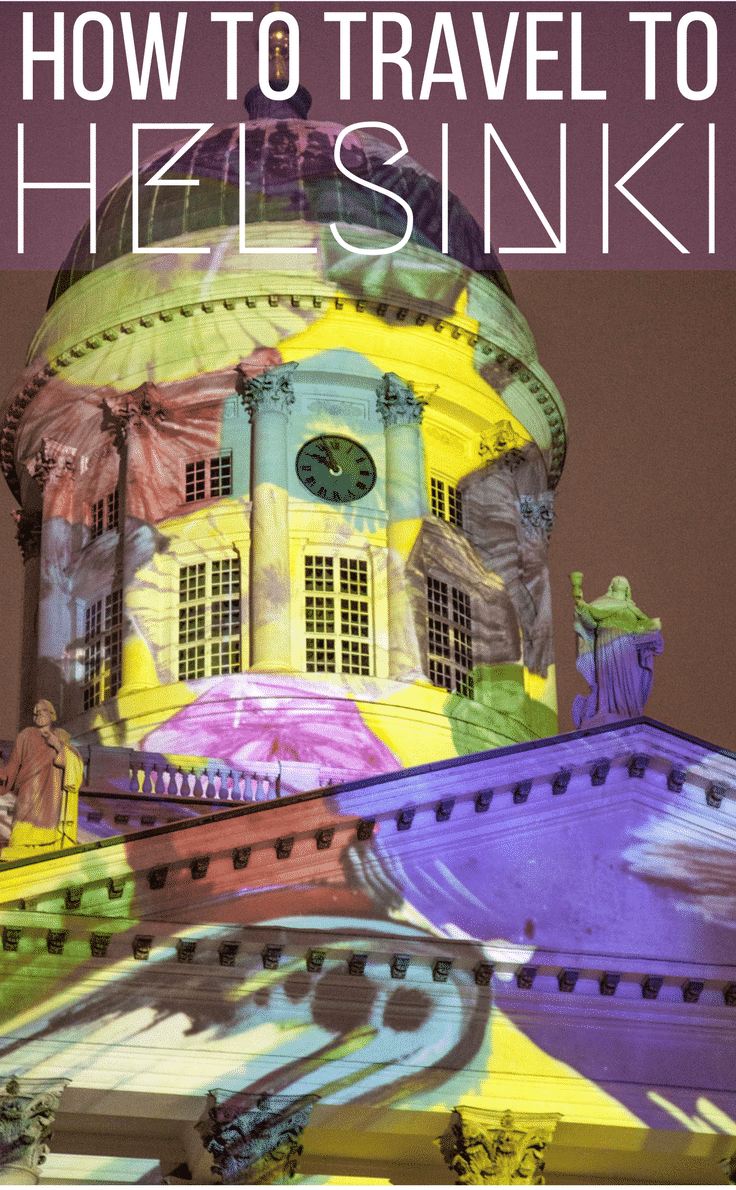 Helsinki, the capital of Finland may at first glance seem an unlikely destination for travellers, but I’d urge you to reconsider.

Finland may be a land less travelled (all the more reason to go there in our opinion). And visitors that do head there tend to go to Lapland to see Santa Claus or the Aurora Borealis, missing places like Lahti region – part of Finland’s incredible lakelands –  this is a country with more than 188,000 lakes, it’s southern coast and archipelago with 20,000 islands and the capital.

However, Helsinki is a diverse and vibrant city with much to offer in its own right.

In the summer Helsinki has almost 24 hours of daylight, in winter there can be plenty of snow and I have been in temperatures of -20 degrees there.

However, for those seeking experiences beyond the usual, there is a treasure trove to unearth.

And, with Finnair having extended its routes to from Europe to Asia aboard the latest in aviation excellence, the Airbus A350, it allows for all manner of stopover experiences in Helsinki.

What to do in Helsinki

Whether you stay for a couple of days, a week or longer this eclectic city has much to reveal. Here are a few tasters of what to do in Helsinki.

Drop into the bohemian neighbourhood of Kallio, it is a laid-back district, with narrow, winding streets, it is also the most densely populated part of Helsinki. Kallio is renowned for great local designers, boutique shopping and its trendy café culture.

Kaivopuisto, is one of the oldest and best-known parks in Helsinki. Located on a peninsula overlooking the sea, amid all its greenery the Kaivopuisto is a peaceful place to relax and take in the views. The Ursa Observatory is also in Kaivopuisto Park and has telescopes for visitors to explore the universe, and who knows, you may even catch the Aurora Borealis while there. 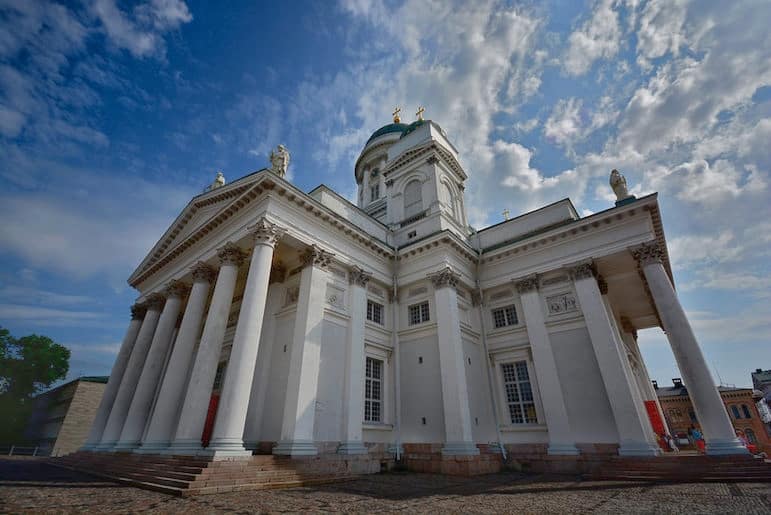 Another popular attraction is the neoclassical Helsinki Cathedral topped with a green dome and surrounded by four smaller ones. Over 500,000 people a year travel from around the world to visit the church and attend events there.

And, if you visit in summer, check out a local tradition and spot people washing their carpets and rugs down by the sea. At Mattolaituri, there are wooden platforms where locals gather to do their cleaning, use the drying frames to air their carpets while they socialise.

As you are in Finland it would be remiss to not take part in the national obsession that is sauna. There are estimated to be up to three million saunas in the country, while Finland’s population is only 5.4 million. Saunas are everywhere. They are in offices, on buses, in gyms, hotels, boats, homes, parliament and more. I even went to one in the Finnair lounge at Helsinki Airport. 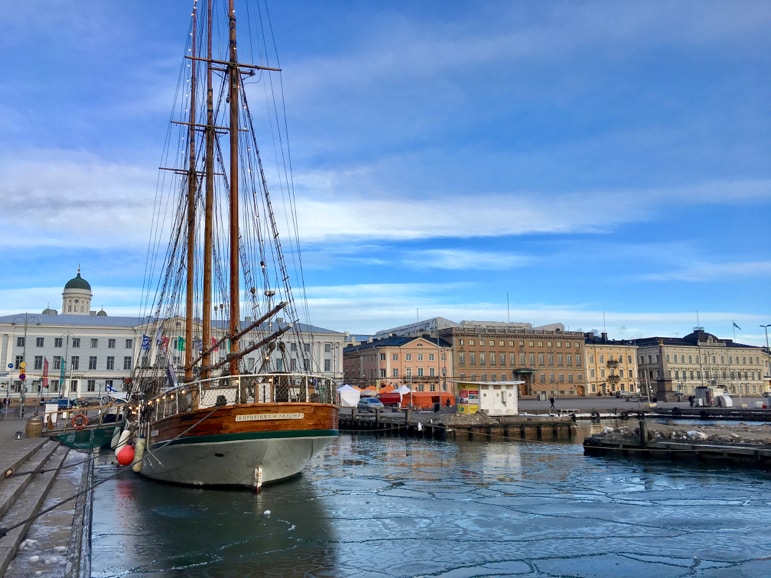 How to travel to Helsinki

We flew direct with Finnair from London Heathrow to Helsinki, in approximately three hours. But there is a good choice of airlines on this route including British Airways, Air France, KLM, Lufthansa, SAS, and Norwegian.

While in the city I had the chance to go behind the scenes at Helsinki Airport and looked around one of Finnair’s new Airbus 350XWB (Extra Wide Body) planes. 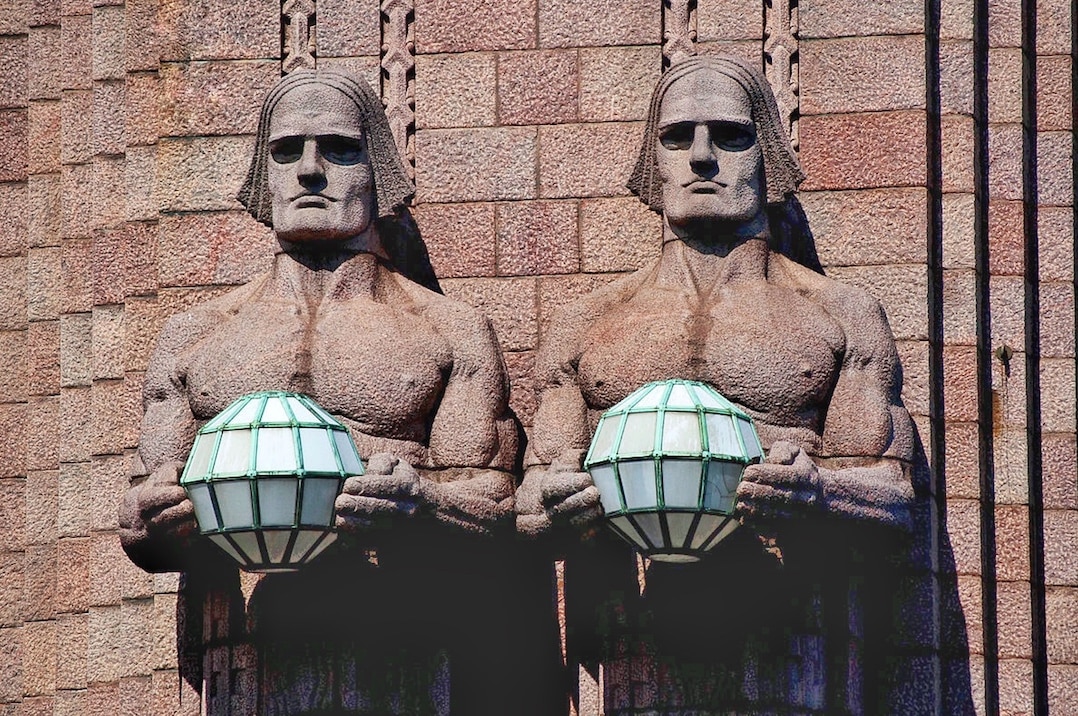 All aboard the Finnair A350

Finnair is the first European airline to have taken delivery of the latest aviation technology – the Airbus A350. I was keen to see what the future of flying looked like, and as it turned out its an impressive aircraft.

The first thing I noticed was the sheer amount of room on-board. The cabin ceiling was the highest I’ve ever seen and one of my colleagues who is well over six feet tall, had a mass of headroom above him.

The cabins were very light and airy and we were informed that the air quality is especially good on the A350. So much so, that both passengers and crew report they arrive feeling more refreshed, even after a long-haul flight.

The Finnair A350 also has impressive lighting, the crew can completely alter the mood on board by changing the light colour theme to suit the time of day or destination. It looked to me like a form of therapy. The windows are also much bigger than on A320s and A380 jets and I’m told the A350 is much quieter than older aircraft. 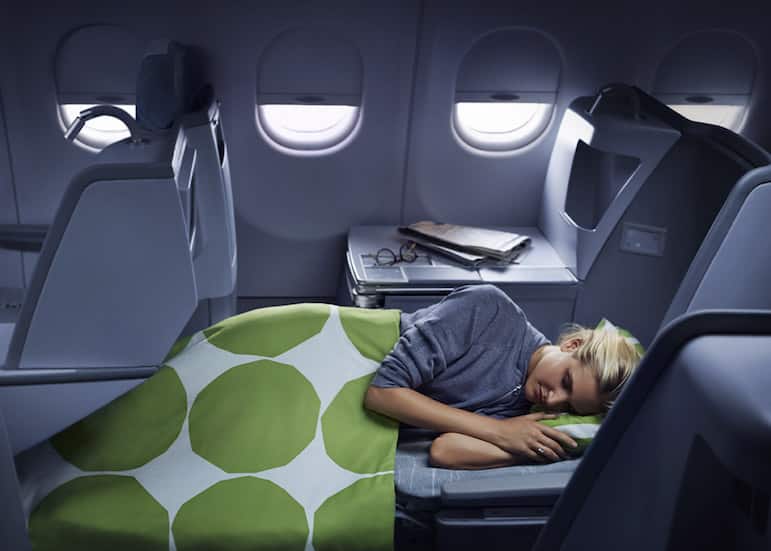 From the Finnair A350 business class (a hybrid of first and business), to premium economy and economy cabins, all were impressive, but clearly business stood out. Lie flat beds, a chair that massages you while you rest, and copious amounts of space, are just a few of the added extras.

One thing that has always intrigued me on long-haul flights is where flight attendants go to rest. Well, now I know.

For the attendants there are six beds at the back of the A350. A small doorway and steep steps, lead up to a cozy, or for a claustrophobic like me, frighteningly small space. The cabin crew rest just a few feet above the heads of passengers in the economy section. For the pilots there is a small door near the cockpit to a room for two to rest and sleep. 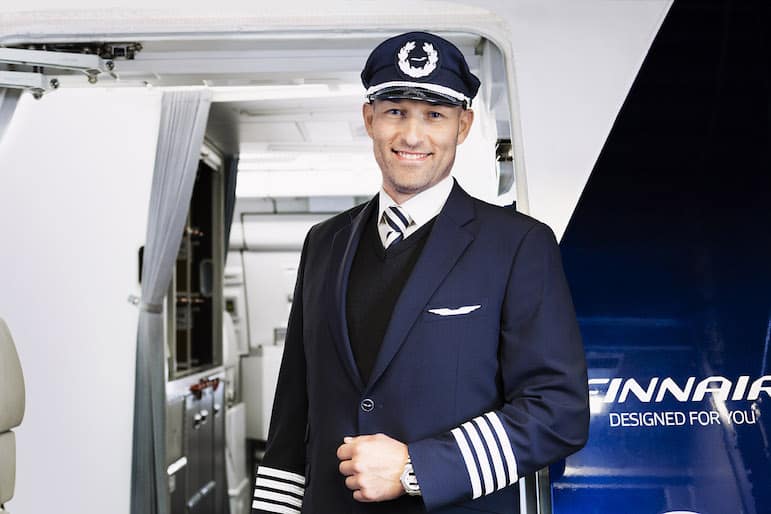 I was lucky enough to be able to sit in the cockpit and chat with the pilot and first officer. One unexpected surprise was the lack of a yoke (or the steering control you’d be familiar with). I had imagined that just like in the old movies the captain would physically fly the plane with his hands on a controlling stick or wheel. Not today. Instead there was a small joystick off to the side by the window, and of course, modern aircraft are heavily reliant on computers. 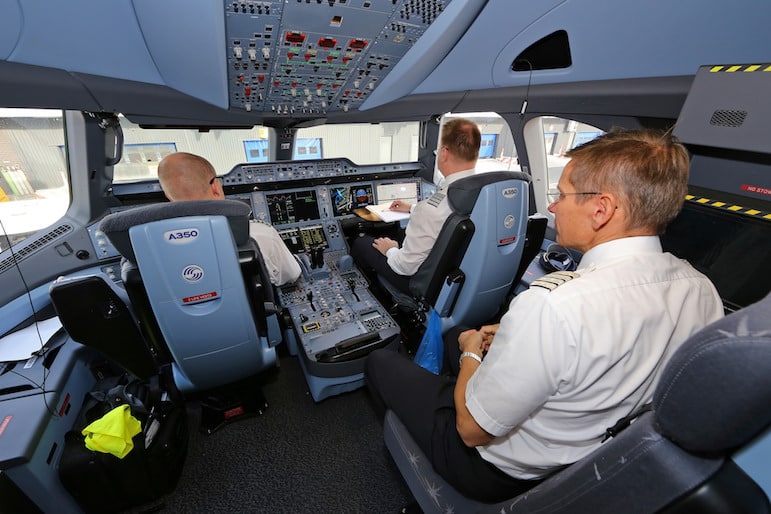 Now I have tried an Airbus A350 on the ground, I’m looking forward to taking my first flight on one.

Where to stay – we recommend….

There are many good luxury hotels in Helsinki, we stayed at the Klaus K Hotel – a trendy, well-located, four-star Design Hotel.

7 of the best spa treatments at luxury spa resorts
Travel beauty: how to arrive looking and feeling glam when you travel