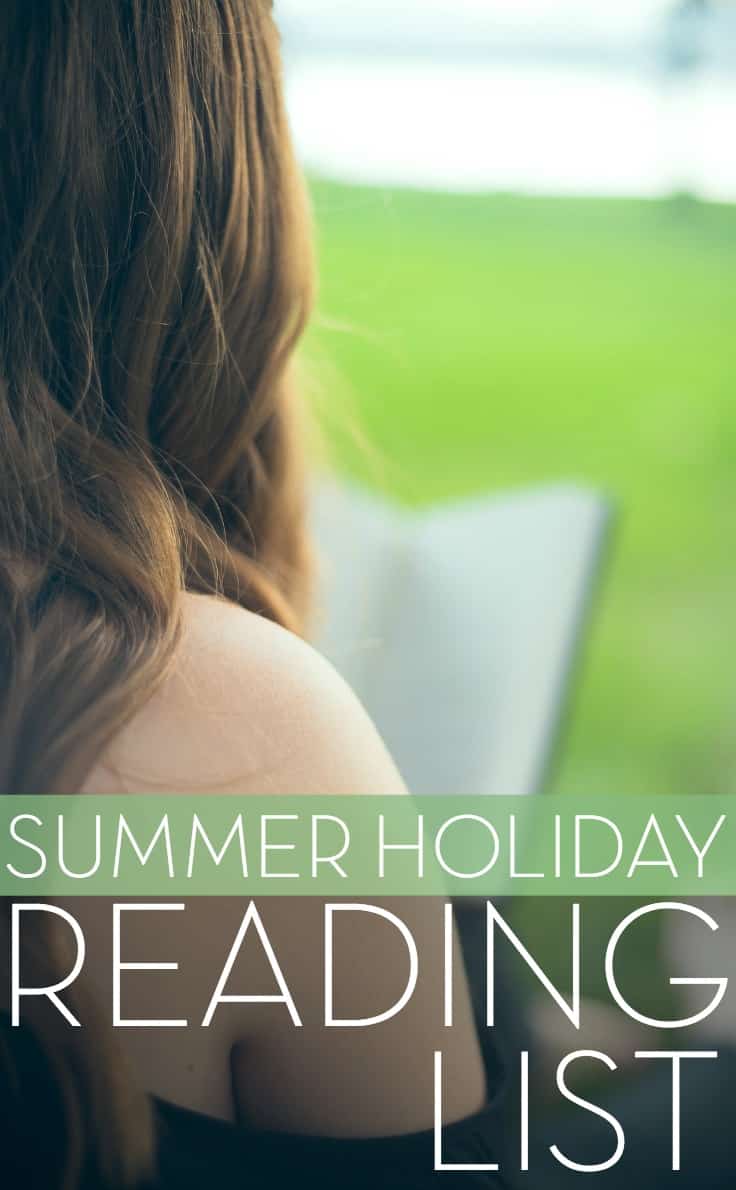 Love a good book on the beach? Still planning your holiday reading? To be sure that you get the best summer holiday reading 2017, we’ve undertaken a bit of research for you.

Whether you have a long flight ahead or have planned some restorative poolside lounging on your next holiday, packing a few books, or better still loading them onto an extremely lightweight Kindle will not go amiss for a little entertainment or enlightenment.

There is an endless supply of great new reading material out there, probably too much to choose from, so we have narrowed down the best of the latest releases to save you time and perhaps unearth some lesser-known gems.

Here are 12 of the best reads to transform your holiday relaxation, from quick-fire reads to the year’s bestsellers. If you’re an occasional reader or an avid bookworm, there is a genre to suit you from chocolate box romances to autobiographical epics.

So load up your e-reader or make for the airport bookstore and make at least one of these page-turners part of your summer essentials.

Take your pick of the best summer holiday reading 2017

This Must be the Place, by Maggie O’Farrell

Shortlisted for four book awards, you know you’re onto a good thing with Maggie O’Farrell’s latest novel. This Must be the Place charts a marriage across different time zones and continents. Claudette, an ex-film star is fiercely protective of her family leading you to question why, and the reasons she walked away from stardom. Meanwhile her husband Daniel is about to make his own exit following his re-discovery of a woman he met 20 years ago. Will their love be enough to bring them back together? 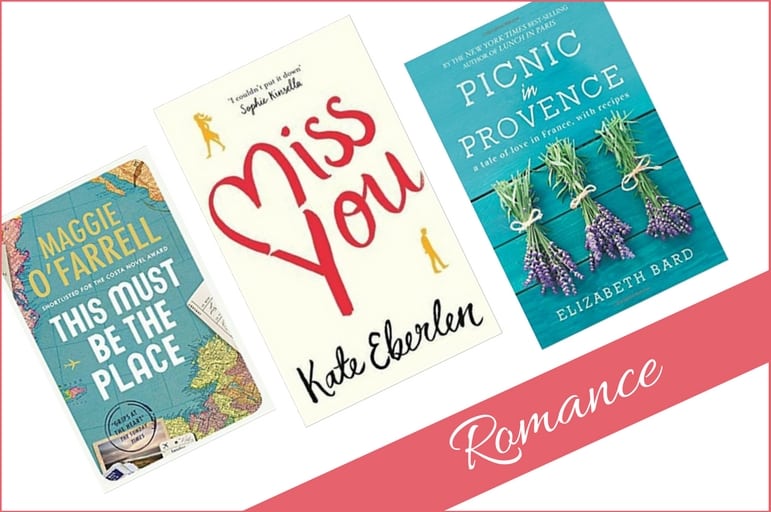 Miss You, by Kate Eberlen

The debut novel from Kate Eberlen, Miss You follows the holiday romance of 18-year-olds Tess and Gus, and their lives after an idyllic holiday in Florence. Life back in England takes them in all manner of directions as they deal with its challenges – Tess heads off to university and Gus longs to escape from his responsibilities as a dutiful son. But will their paths cross again 16 years on?

Picnic in Provence, by Elizabeth Bard

The minute we discovered this book we were enchanted by its genre – it is part memoir, part cookbook. Picnic in Provence follows the life happily ever after for Elizabeth and Gwendal as they enjoy a romantic adventure before the birth of their first child. Set in the glorious and fragrant French countryside with blue skies and lavender fields. This is a tale of love, and the unexpected, both in and out of the kitchen.

I See You, by Clare Mackintosh

Zoe Walker’s picture has appeared in the classified section of a London newspaper, along with a website address and phone number and she has no idea how it got there. Her family thinks it’s just a coincidence and it’s someone who looks like her, but is there something more sinister going on? Is someone following every move she makes? A Sunday Times bestseller, this psychological thriller is an edge of your seat read that will hook you from the first chapter. 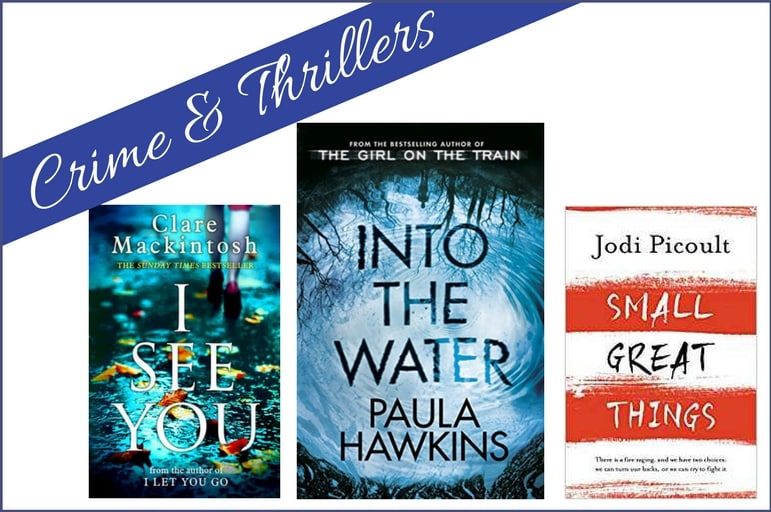 Into the Water, by Paula Hawkins

Following on from the bestseller, The Girl on the Train, Hawkins brings us her latest psychological epic centred on the life of Jules. Jules’ sister Nel reportedly committed suicide but Jules knows there’s far more to it. She returns to her childhood home to look after her niece, and as her memories of the Old Mill House start to re-emerge, so do her fears of the place they called the Drowning Pool. With a brilliant plot, you’ll want to finish this before you head back to the airport.

Picoult’s latest eye-opening novel has been critically acclaimed as the 21st-century version of To Kill a Mockingbird. When a newborn baby dies, it doesn’t take long to find who is responsible – the nurse banned from looking after him by his father. What they don’t realise is that the death will change the lives of the nurse, her laywer and the child’s father in unexpected ways. Dealing with the subjects of birth, death and responsibility, it’s a book that will draw you in from page one.

If you’re holidaying with little ones this makes a great bedtime story, but as a real life modern fairytale it’s also becoming an inspirational read for adults too. The book charts the success of 100 remarkable and extraordinary women, from teen Nobel Peace Prize awardee, Malala Yousafzai, to former First Lady, Michelle Obama. Beautifully illustrated by more than 60 female artists it’s a book that packs a punch both visually and through its prose. The ideal read to feel empowered, moved, and inspired. 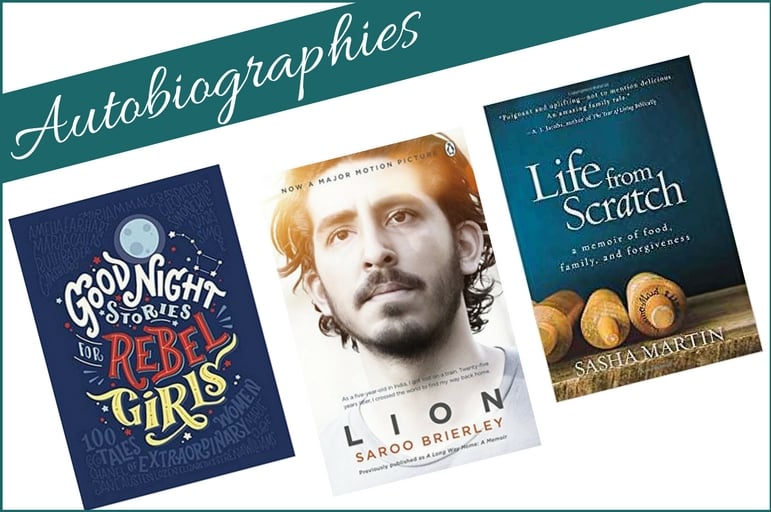 Lion tells the true story of Saroo, who got lost on a train in India when he was just five-years-old. He ended up in Australia, but 25 years on he found his way home to Calcutta. A true story of survival and the empowerment gained from never losing hope, it will stir emotions, from fear and anguish to jubilation, while exploring the uplifting strength of the human spirit. This inspiring read was turned into an Oscar-nominated movie, following Saroo’s journey from an impoverished young child in India to living in Australia’s middle-class world, which creates a contrast of cultures, countries and emotions.

Life from Scratch, by Sasha Martin

If you are looking for something a little different for your summer reading list and are a bit of a foodie, it’s time to add Life from Scratch to your collection. The memoirs of food blogger Sasha, chart the way she cooked her way to happiness and finding self-acceptance. Centred on the goal of cooking a meal from every country, it stirs up memories and heartbreak from her rocky childhood leading the author to discover the power of cooking to bond, empower and heal. It also serves to remind us that happiness comes from within.

The Secret of Spellshadow Manor, by Bella Forrest

Fans of Harry Potter will easily immerse themselves in this spine-tingling fantasy. Alex Webber thinks he’s hallucinating when he repeatedly sees a man following a young woman, Natalie – yet no-one else can see him. Although Natalie denies seeing him, it’s not long before Alex finds himself at Spellshadow Manor, whose scenery and residents are as wondrous as they are deadly. Embroiled in mystery, suspense, twists and turns, Alex and Natalie must discover a way to leave the manor alive. 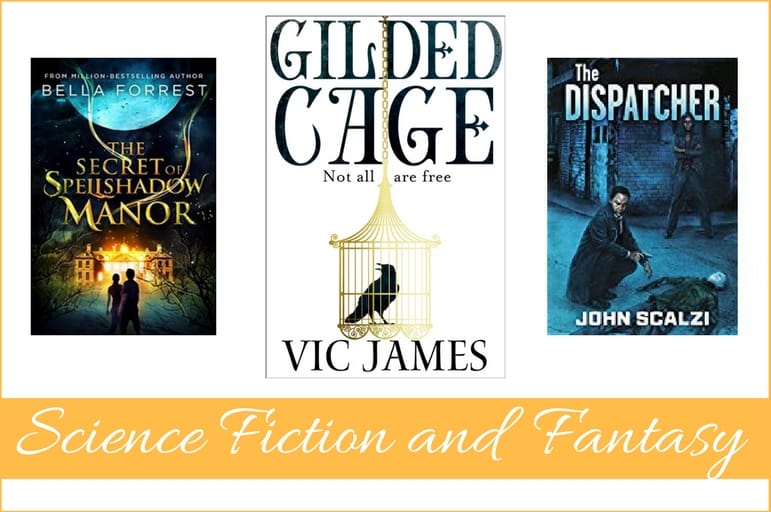 This is the debut novel from Vic James, who has gained acclaim for this well-constructed storyline. The Equals are using institutionalised magic to rule contemporary Britain, while the have nots are forced to serve the aristocracy or spend their time labouring in the grim town of Millmoor. Full of interesting characters from both sides of society, it opens up the worlds of the privileged and the deprived living in a divided country.

The Dispatcher, by John Scalzi

Scalzi is known for writing thought-provoking novels which blend urban themes and science fiction, and his latest offering is no different. Imagine a world where you could have a second chance at life, where nobody dies – it would change everything from war to crime and all that lies in between. Tony Valdez is the Despatcher who makes this happen so that people can avoid the reaper, but when his friend is kidnapped he soon realises that some things are worse than death.

We hope you like our best summer holiday reading 2017. Were you engrossed in a book you simply couldn’t put down? Share it with us in the comments below.