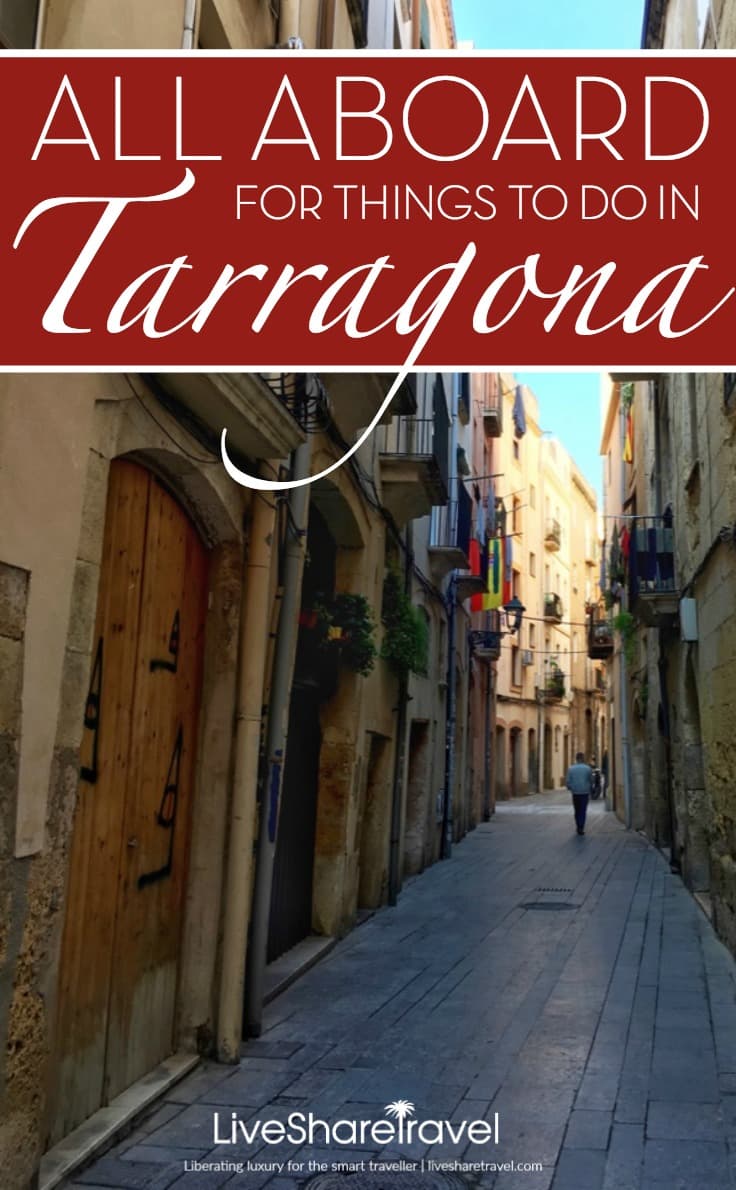 There’s a high-speed train network connecting many of Spain’s major cities. But did you know they also offer up opportunities to travel through time? Of course, they don’t come in the style of Dr Who’s TARDIS. But visit the northern city of Tarragona and you will find yourself transported through Spain’s history.

Tarragona is a Spanish city I’d never visited before but wholeheartedly enjoyed.

I explored it as part of a challenge set for me by Spanish Tourism, which also took me by train to Zaragoza, Madrid and Seville.

Though Tarragona is small enough to navigate in a day and see all the major attractions, I’d recommend you spend a few days there to really get under the skin of this city.

Tarragona is the former Roman epicentre of Spain and as such, is one of the most historic cities in the country.

All aboard for a journey to Tarragona

First, let me show you some highlights of my Spanish trip taking in four cities by train…

First stop: Tarragona where the Roman Empire lives on

You can’t avoid history in Tarragona. Its winding streets tell of its story in hushed tones as though they don’t want to give away all of its secrets just yet, but to have you unravel them in each turn and as you emerge from the dark corners of its many archways into lively squares, before many architectural gems.

But there are also many landmarks in this UNESCO World Heritage City that are testament to this past, a time when Roman ships arrived to this corner of the east coast of Spain and founded a city they called Tarraco in 218 BC. It was the first Roman city beyond the Italian peninsula and become one of its most important ports. 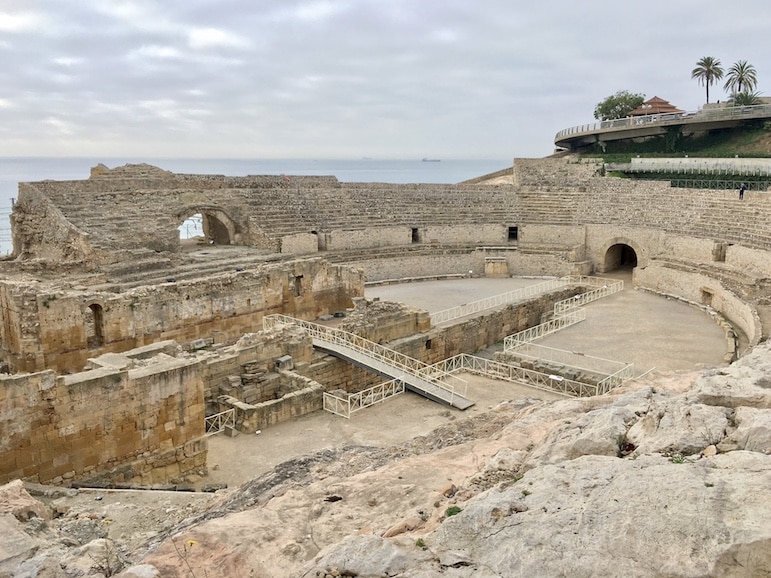 I started my wander through Tarragona’s history at the city’s amphitheatre. Here more than 2,000 years ago, hundreds of local people would gather to watch gladiators battle each other and any number of wild, and at the time, exotic animals shipped in from all over the Roman Empire. 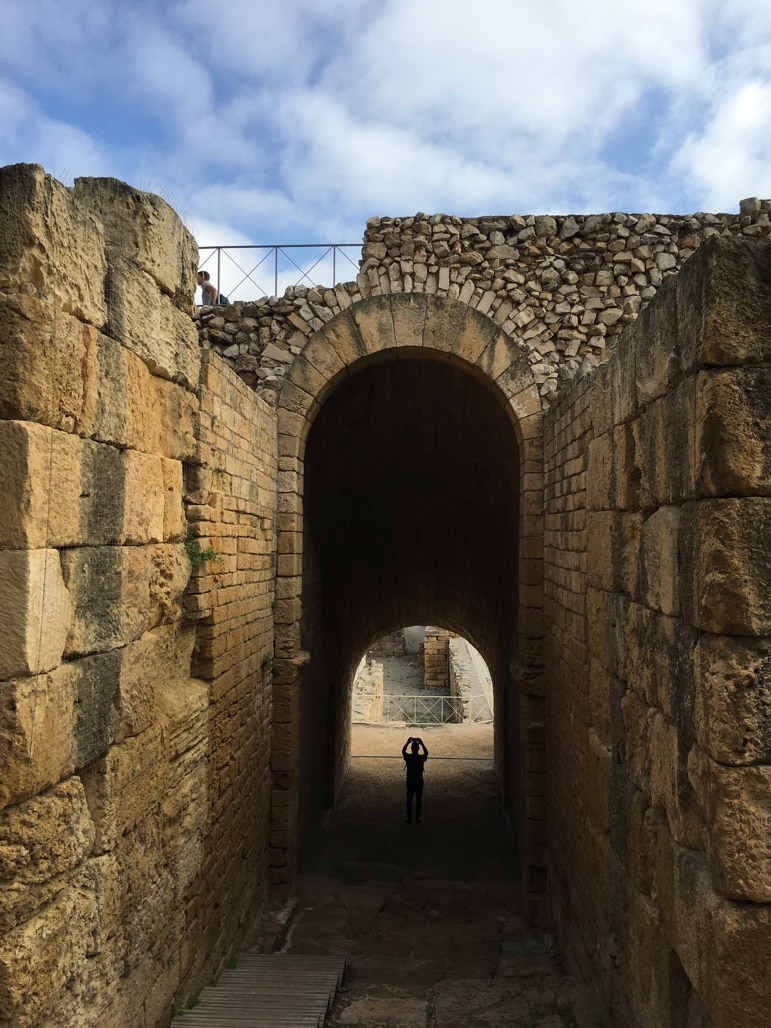 Perched on the edge of the Balearic Sea, the sandstone structure almost blends into the coastline but with all the drama of a cliff edge. The amphitheatre feels alive with history, and as you walk along its terraces and down through an archway that leads to the performance pit, it is easy to picture hoards of people lining the stands, and even lions, tigers and gladiators sparring in the middle.

Such is its presence in the city it’s difficult to believe that this important site was almost lost. Over the centuries it was filled in and built over with a basilica and at one point there was even a prison on top of it. Some years ago the plan was to demolish the whole site and give it over for redevelopment before it was saved by the intervention and funding of US philanthropist William J Bryant.

Luckily other parts of Roman Tarragona, although built upon, are very well preserved and provide a fantastic portrait of an ancient city.

All the fun of the circus

Heading into Part Alta, Tarragona’s historic centre, I went straight for the old Roman Circus. Stretching for 325 metres and at 100 metres wide, Tarragona’s circus was once used for horse and chariot races before 30,000 spectators. Today this complex, which was built in the 1st century, is an ever so slightly eerie maze of tunnels running under the 19th-century buildings of Tarragona’s more modern city. 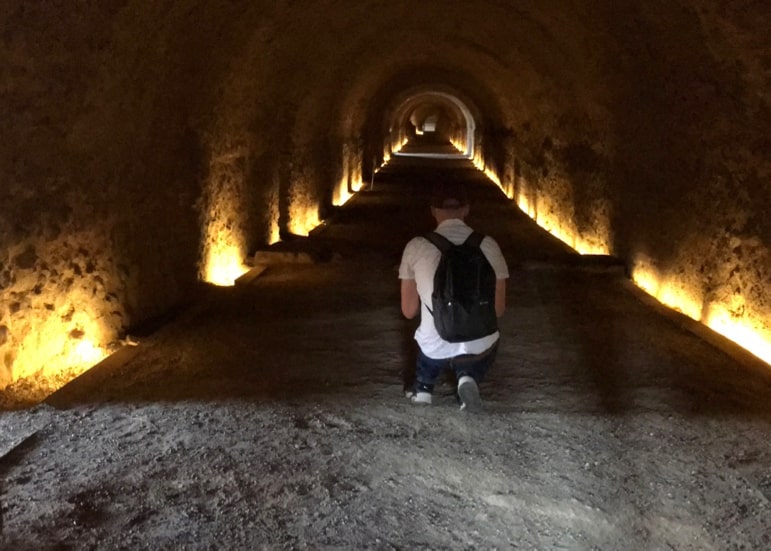 But the beauty of it is just how well preserved some of the circus is. Between the maze of foundations spreading roots from the houses and shops above, there is at least one stretch along which you can walk and breathe in the history of the circus. In the dim light, I closed my eyes and could almost hear the pounding of hooves, the rattle of chariots and ever-increasing cheers of the crowd as the races neared their finish. 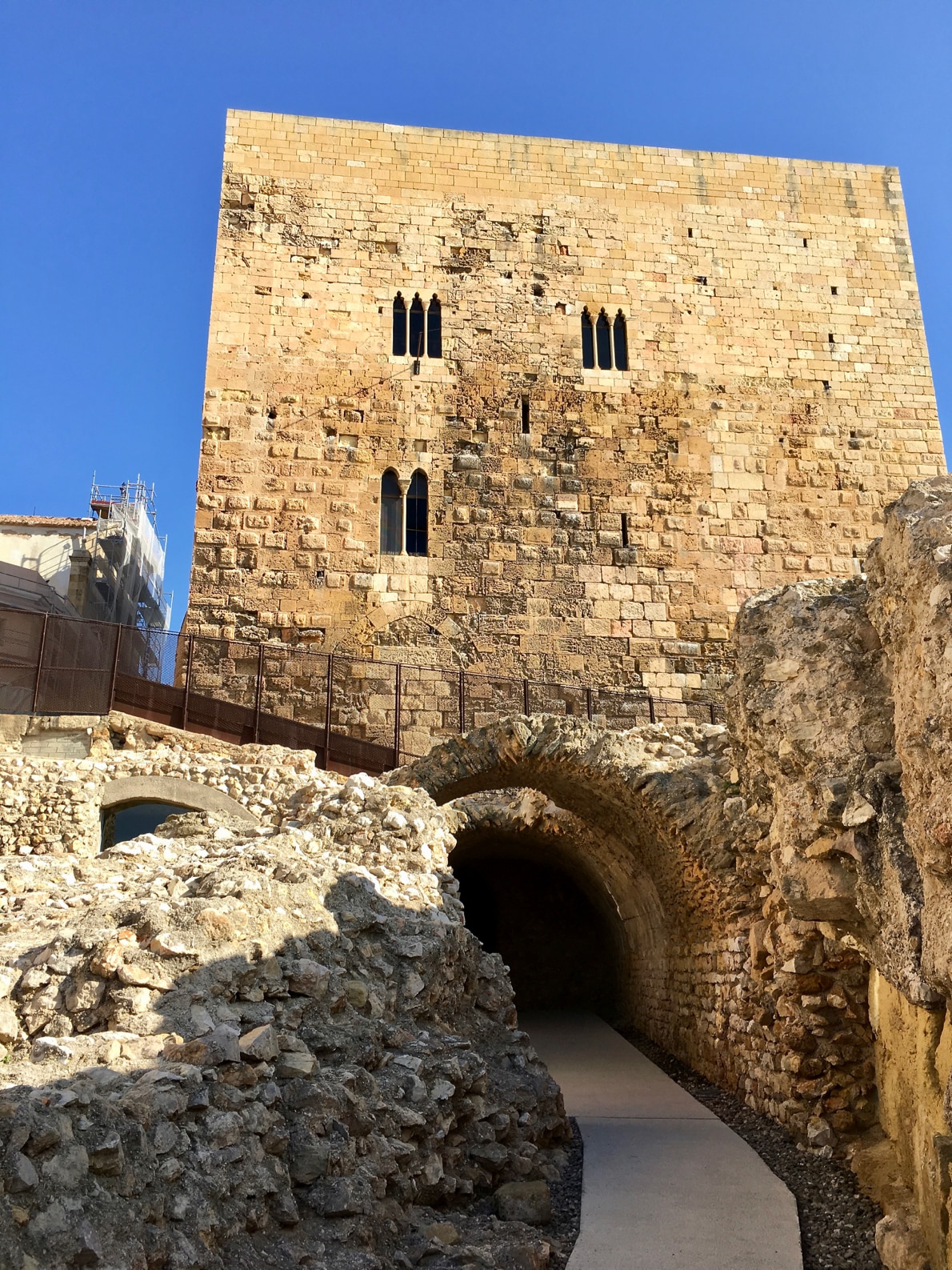 Leaving the deafening clatter of my imagination behind in the circus, I made my way to the roof of a 1st-century tower that sits on top of it. This former royal residence – used by the kings of Aragón during the Middle Ages has – fantastic views across Tarragona. Likely a feature you could expect from a building that needed a good vantage point to spot marauding attackers. 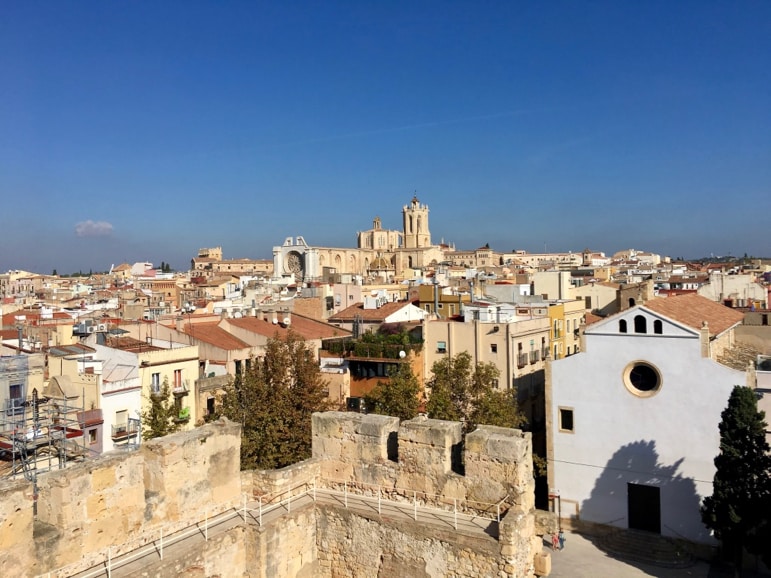 Jupiter in the foundations

One of the buildings it looks upon is the city’s cathedral, set to be the next stop on my journey through Tarragona’s history. You see it may look like quite a small traditional Romanesque-Gothic building, but it holds many of the city’s greatest secrets and architectural styles, making it one of the most fascinating places to visit in Tarragona. 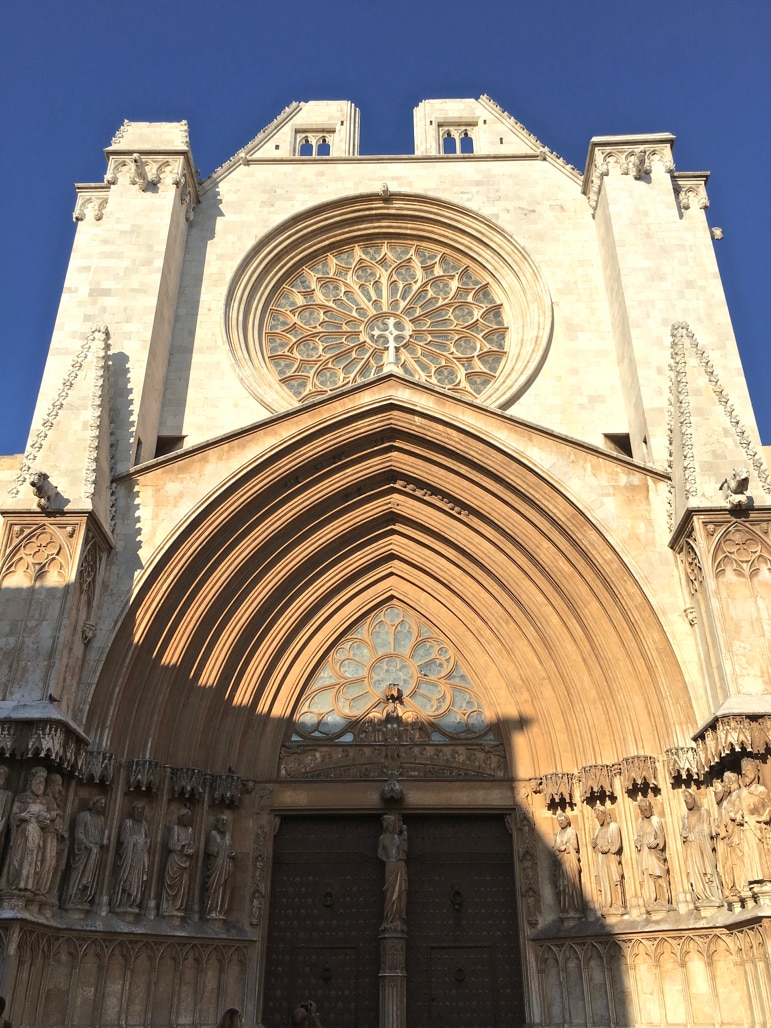 The cathedral is built on top of the former Roman temple of Jupiter. Later it became a Visigothic cathedral and a Moorish mosque. On a guided tour I discovered it is also far, far bigger than it appears from the outside. I was again taken by the Roman history of the site because deep under the cathedral is an area where you can see the strata of its history for yourself.

I stood staring down at the ancient Roman wall of the temple, encased by the cathedral. It provided one of those moments – when you pause to soak up the enormity of what you’re seeing. And still you struggle – your head swimming with the scale of the history, the people that have passed across the threshold of the two buildings over thousands of years. It’s the kind of scene that makes you feel small. 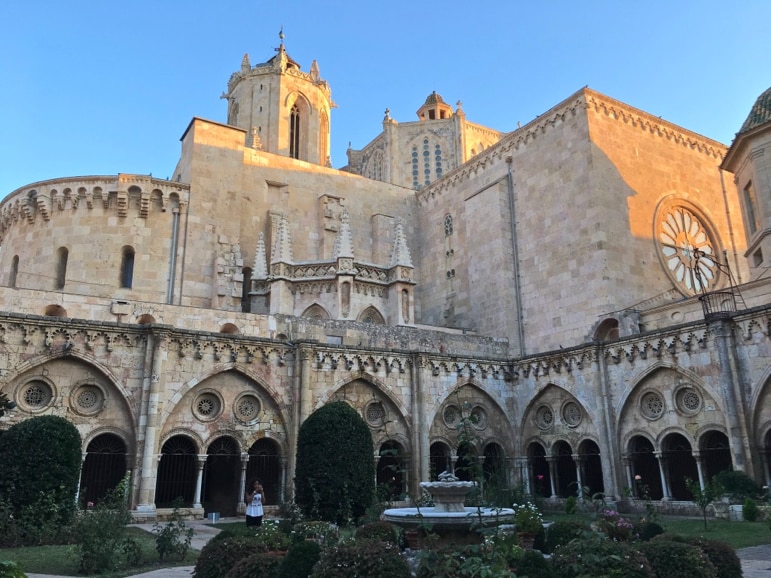 Overground, the cathedral’s cloisters and courtyard gardens are a lovely place to lose yourself for a few moments. And though inside, the cathedral is relatively plain, take to the staircases that lead to its roof and you’ll find lovely corners in which to take in the building’s form. Then a belltower where heavy iron bells swing above your head before you hit the rooftop with panoramic views of Tarragona. 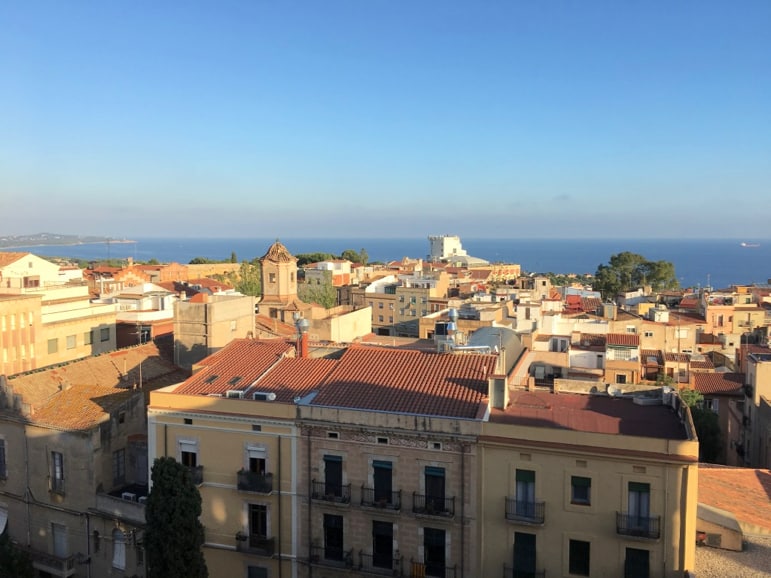 It’s the perfect place to catch the sunset as it wraps this sandstone city with warm orange hues. 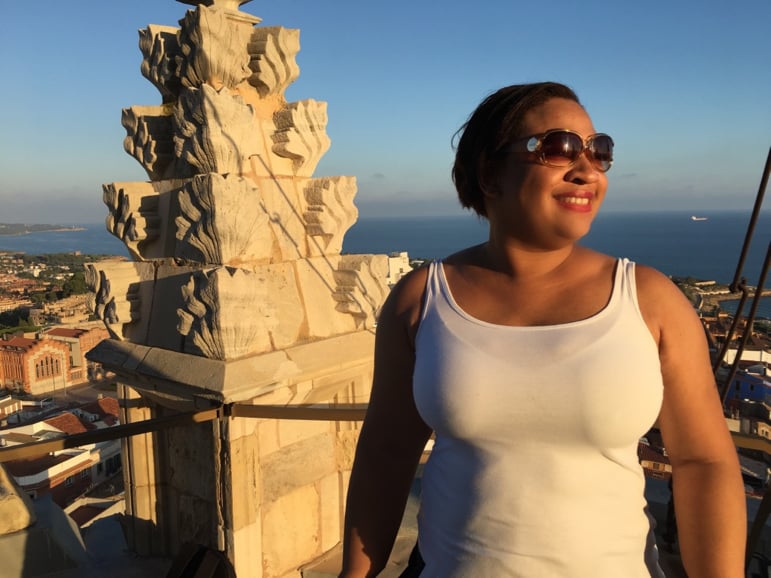 More things to do in Tarragona 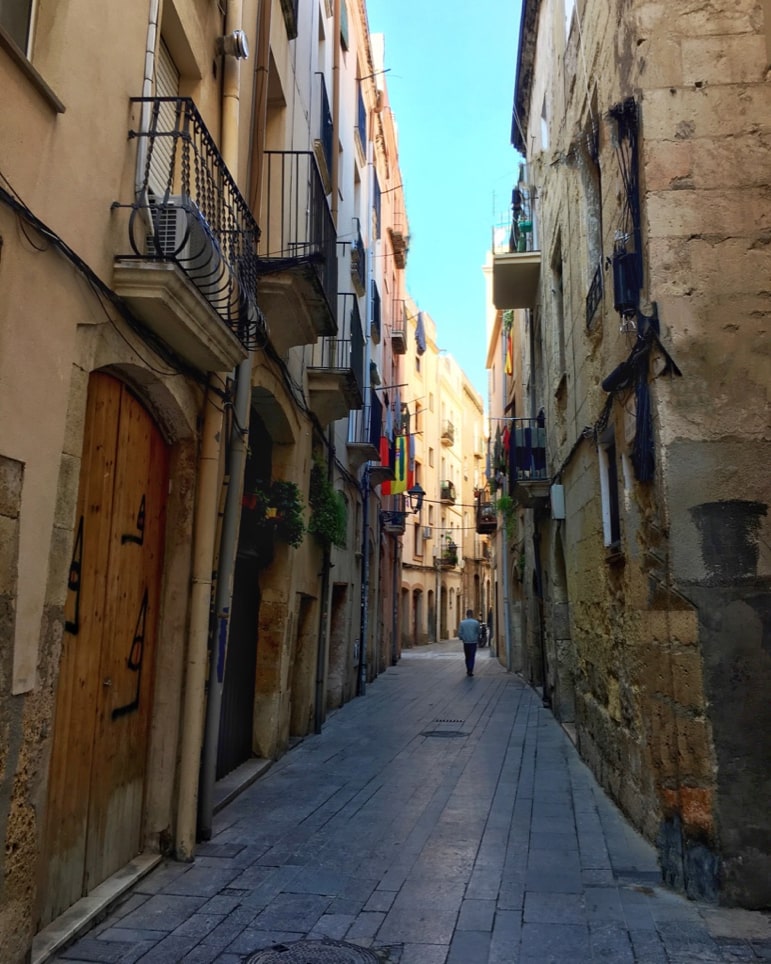 Tarragona isn’t only a Roman wonder – it has plenty of other historic buildings and revels in many architectural styles. Don’t miss: 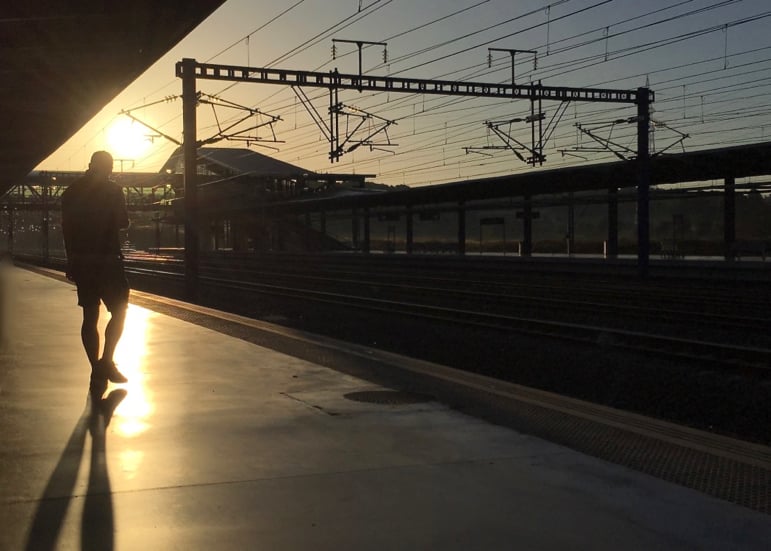 Where to stay in Tarragona

I visited Spain as part of a campaign with Spanish National Tourist Office. As always, all thoughts on Roman wanderings are my own.

How to travel to South Africa: where to find luxury and how to explore safely
At home in the city, lake and mountains in Zell am See-Kaprun