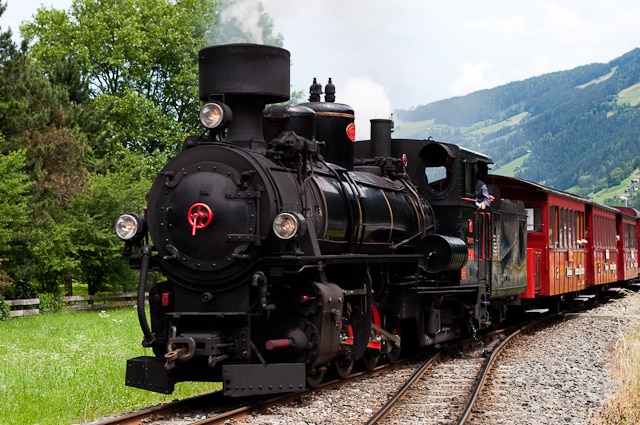 I felt my excitement building as we arrived at Jenbach train station in the Zillertal region of Austria – a long held and much cherished dream was about to come true.

Childhood memories of steam trains, trundling through the open countryside have always held a romantic notion for me. Now there before me glistening in the mid-afternoon sunshine was the Zillertalbahn Steam Railway. A swish of steam surging through the pistons and a gush of smoke billowing from the ancient chimney funnel held my undivided attention.

Video of the Zillertal Steam Railway

I studied the two engine drivers, fascinated by their duties. Their faces were blackened by the smoke and streaked by the sweat from their brow as the fires they stoked blasted out heat as their reward. How I wished I could be up there on the footplates with them, but it was enough for me to hop aboard and enjoy a journey on the steam railway. 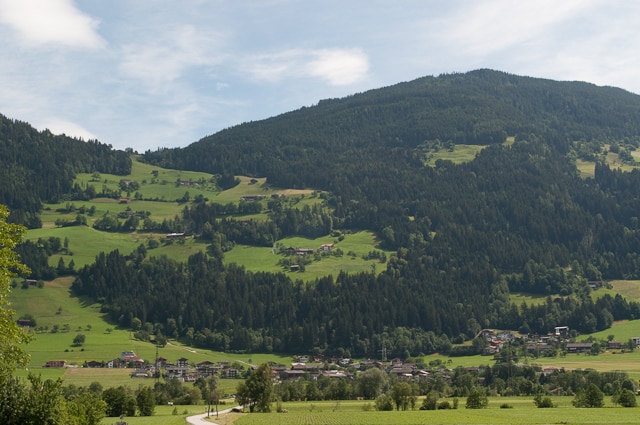 Setting forth from Jenbach there was a clunk, a toot, and a chug-chug-chug-hiss as we slowly and noisily made our way along the valley floor to Mayrhofen.

On first boarding the train we’d toyed with where we should sit. The train’s compartments were each appealing for different reasons – a sense of style, nostalgia, or for a certain quirkiness. However two stood out, the crystal wagon – a bar encrusted with Swarovski crystals and the open-topped carriage.

Climbing first into the crystal wagon we marvelled at the windows, ceilings, bar counter, doors and crystal ornaments. Some 62,000 Swarovski crystals had been used to give the carriage a certain ‘wow’ factor, with some even shaped like the mountains that surrounded us. It could have been tacky, but it was a fitting environment in which to start the journey with a prosecco and a Zillertal beer.

That the world famous Austrian crystal maker had provided such a carriage was a surprise at first, but that it was the most sophisticated on the train was not. 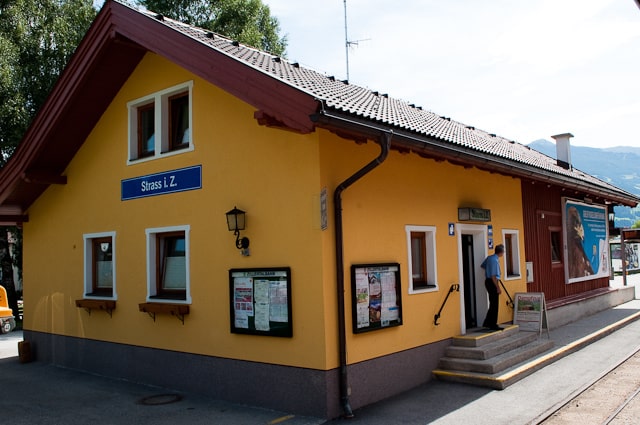 As we moved to the open-topped carriage the train cut a steady path through the Zillertal valley and we stopped at an array of quaint train stations including Strass, Fugen, Uderns and Zell am Ziller each with the same alpine construction but nonetheless special. I never tired of seeing wooden houses with window boxes overflowing with delicate alpine flowers, towns where colourful church spires punctured the sky with needle-sharp accuracy, and station masters stepping out of their office at each stop to welcome our arrival.

In between the towns too, the views were enthralling. On either side of the track majestic mountains caused us to swivel constantly to take in their beauty while cows in meadows munched their way through the landscape and farmers tilled the vast fields. We were also accompanied on the journey by gurgling glacial rivers, their clear water rushing alongside us we chugged through the countryside, giving life to this fertile green valley. 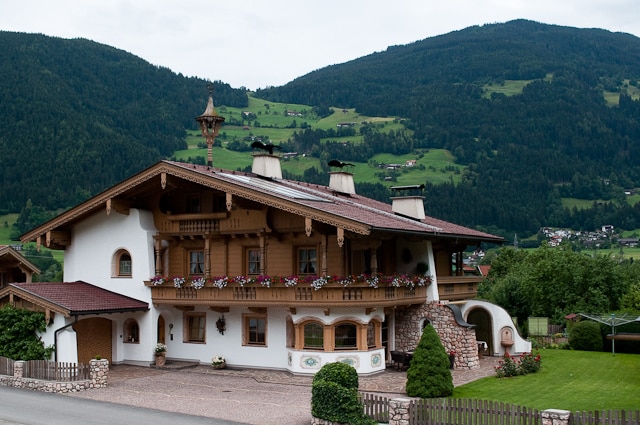 In certain areas roads ran very close to the tracks and we could see how the train was central to each community. Sitting in the open-topped carriage we saw locals and tourists alike enjoying the great outdoors – cycling, jogging and walking or just sitting and taking in the views. And they gave us a cheery wave as we merrily steamed on our way. 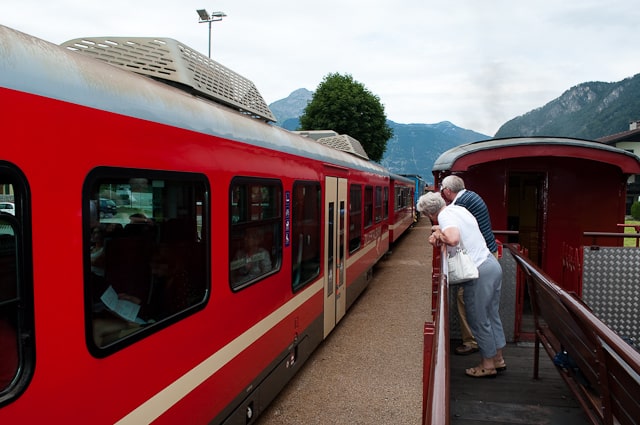 Sitting on the wooden seats in the open-topped carriage, we were a little surprised to find the smoke from the engine billowing back towards us and depositing little specks of soot on us, but we reminded ourselves – this was a steam train, getting just a little dirty was all part of the experience. And then we’d watch as the alpine architecture too was swathed in the smoke from the ancient engine only to reappear seconds later in all their glory.

As the train pulled into Mayrhofen, I felt exhilarated – a childhood dream of steam fulfilled with unforgettable scenery along the way. The journey had taken two hours on the steam railway while a 21st century diesel train would get you there in under an hour. But why rush? You need time to take in the might of the Zillertal’s landscape.

The Zillertalbahn Stream Railway runs twice a day from April to October and costs €12 per person (June 2011).

Read more from our Austrian Summer or discover other rail journeys and the joy of  train travel.

Have you been on a great rail journey? Share your experiences on the rails below…

The Alps – Austria’s window on the world
In this world, Swarovski crystal is a girl’s best friend