Marilyn Monroe may have declared diamonds a girl’s best friend but these days Swarovski Crystal is giving even the most precious gemstone a run for it’s money. Not only are they fashionable, cool and fun, but at Swarovski Kristallwelten (or Crystal Worlds) at Wattens, just outside Innsbruck in Austria, these famed stones are have been spun into the most artistic creations.

Founded in 1995 to celebrate Swarovski Crystal’s 100th anniversary, it’s a dazzling subterranean world of modern art, glittering wonder and crystalline beauty. Paintings, sculptures and installations by artists such as Salvador Dalí, Andy Warhol, Jim Whiting, Brian Eno, Keith Haring, Alexander McQueen and Susanne Schmögner – ensure this isn’t just an intoxicating and refreshing use of Swarovski crystal, but its become one of Austria’s most popular attractions.

Take a leisurely photo tour, or skip straight to the video… 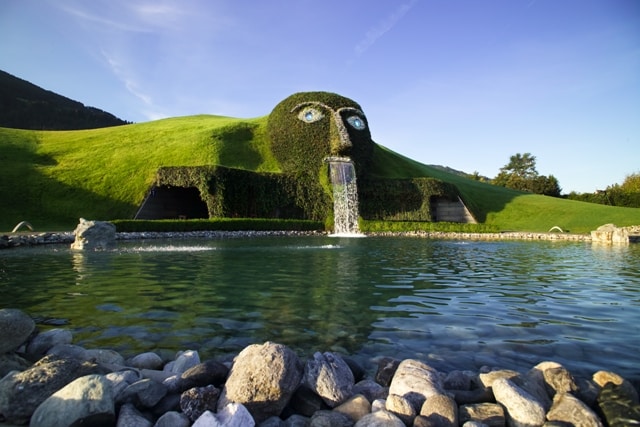 Swarovski Kristallwelten’s Giant is a character founded on myth overseeing a world of fantasy and wonder – before him, a children’s playground, but beneath his broad arms lies one just right for adults. 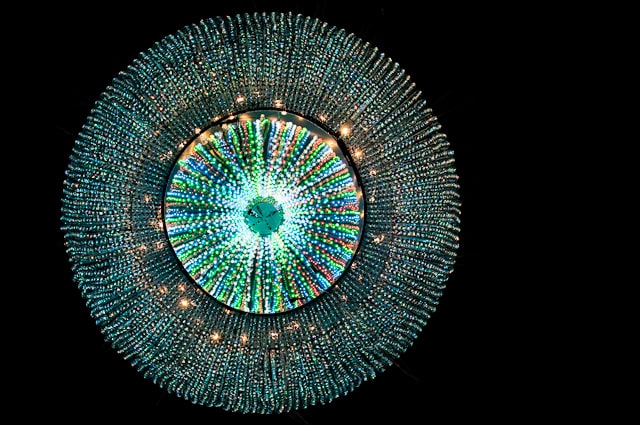 This chandelier hangs like a beautiful man o’ war above visitors in the gallery’s Entrance Hall – not sure if something so spectacular should be left in a hallway! 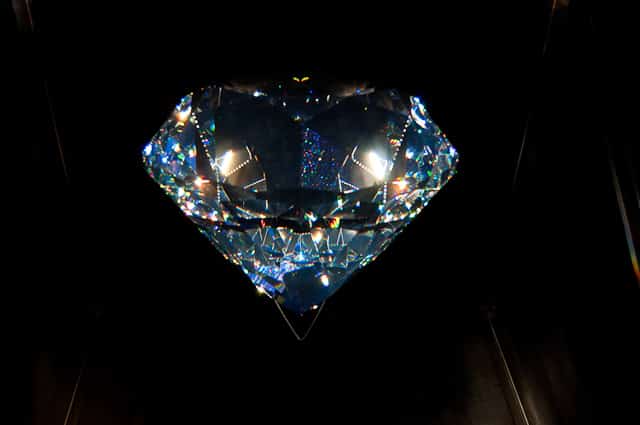 Centenar, the world’s largest crystal weighs in at a mighty 300,000 carats. 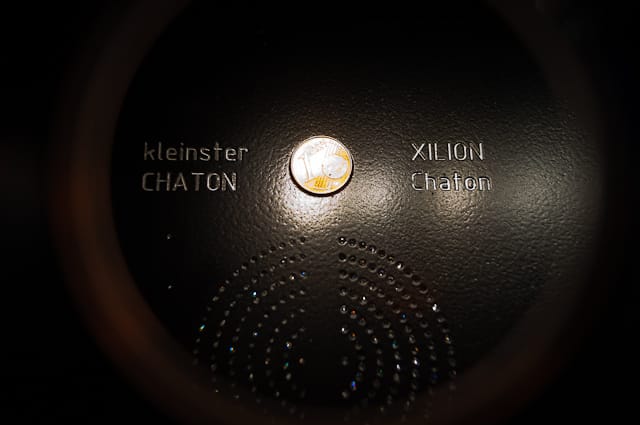 While the smallest are no match for a 1 cent coin, with a diameter of just 0,8 millimeters and 17 facets. 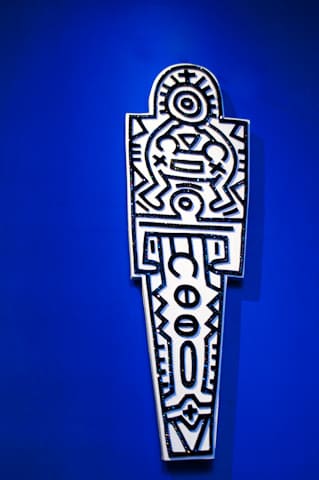 Stele, as this piece is known, was used in the scenery for the opera Aida. 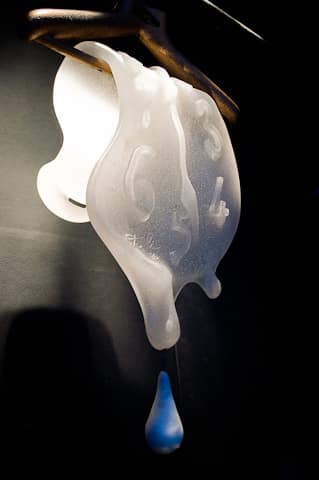 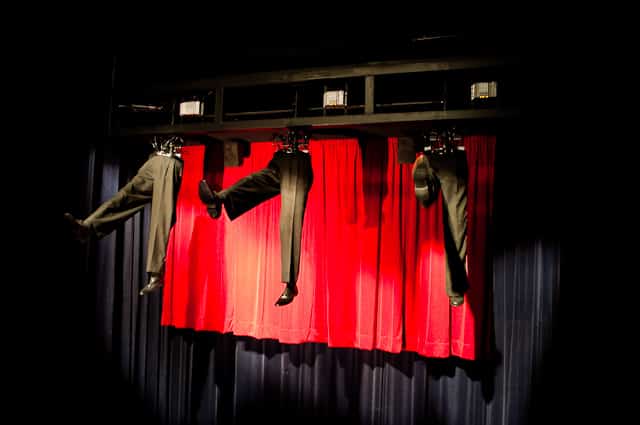 It might not be Swarovski crystal but Jim Whiting’s Mechanical Theatre keeps things on a high. 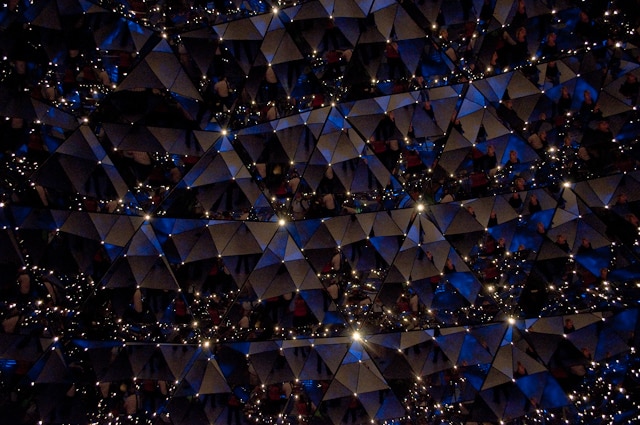 A mesmerisingly sparkly world – inside the Crystal Dome. 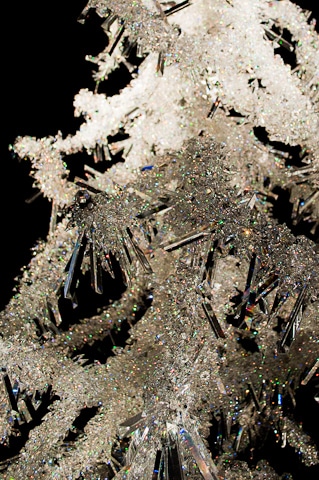 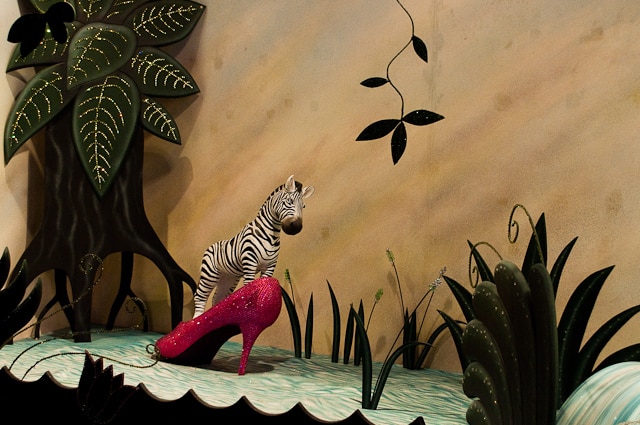 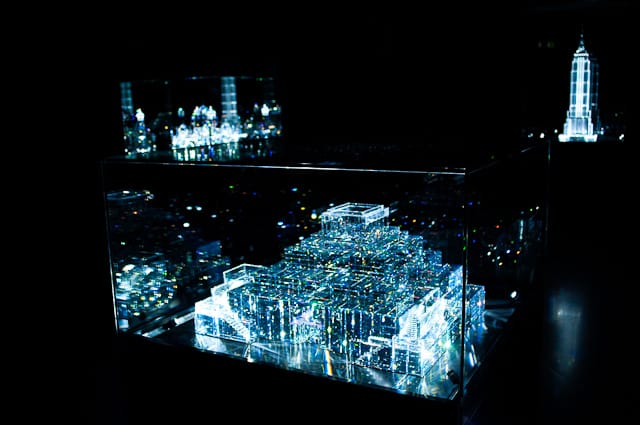 The world in crystal – The Kremlin, Taj Mahal and Empire State Building, created by Russian artists, the Blue Noses. Each attraction has a quirky video – of Fay Raye and King Kong, Lennin speaking from his mausoleum or Bollywood dancers. 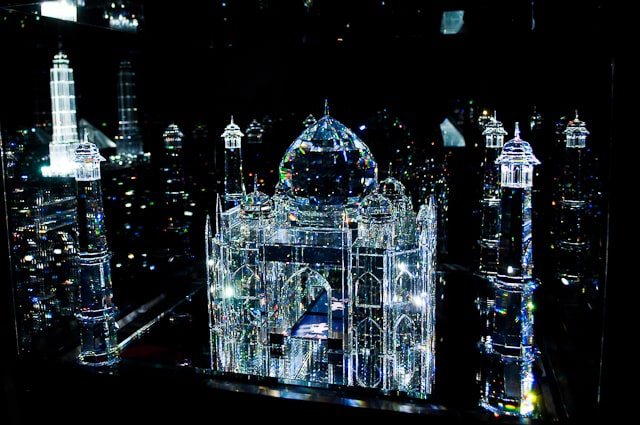 Close up of the crystalline Taj Mahal, part of a temporary exhibition at the attraction. 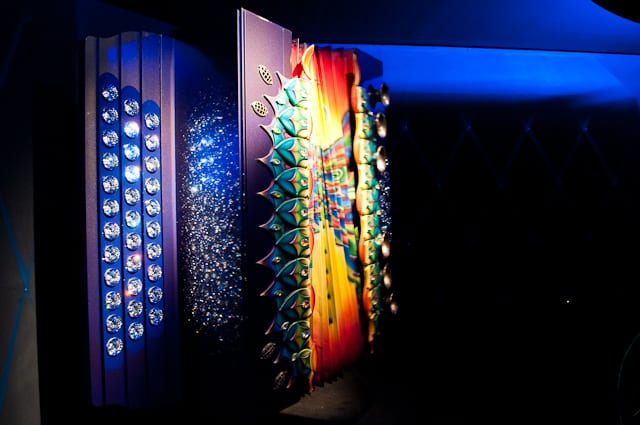 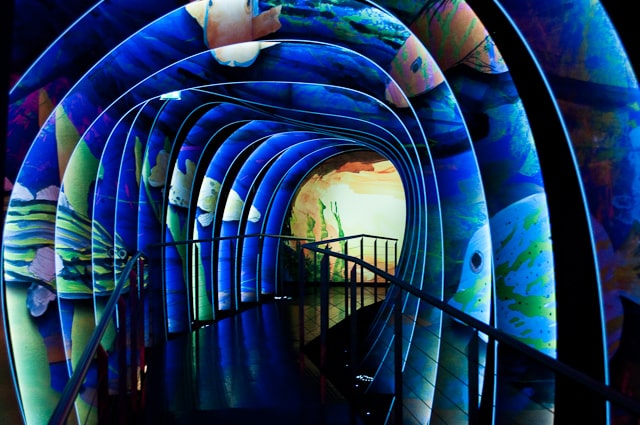 Poseidon’s Puzzle lures visitors into an artificial underwater world in which glittering crystal sea creatures speak of the beauty of the oceans.

Experimental art from an experimental rock star – Brian Eno’s 55 million crystals is billed as one of the attraction’s showcase pieces but didn’t hold my attention for long. 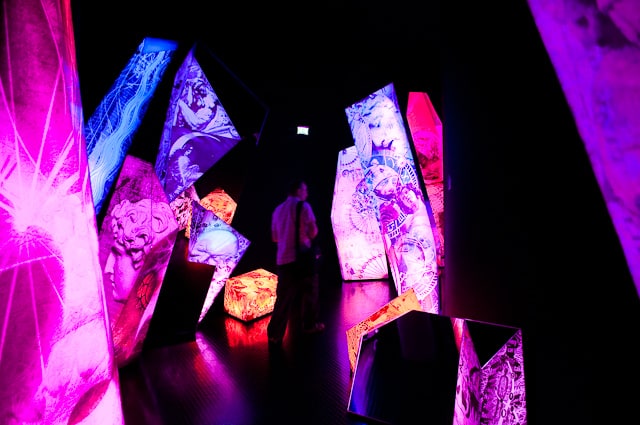 The Reflections installation depicts the deep involvement of human beings with crystal matter then spirals into the Crystal Forest, portraying the tension between nature and technology. 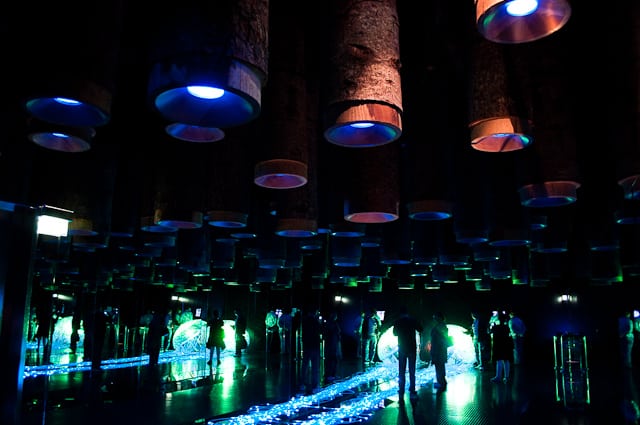 The Crystal Forest felt reminiscent of something out of Close Encounters of the Third Kind. 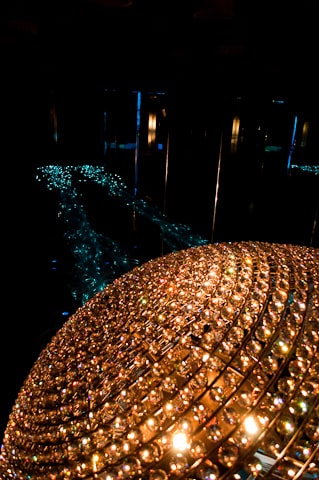 A fervidly-glittering installation marks the end of the Crystal Forest – the siphonophore, Leviathan by Thomas Feuerstein consists of more than ten thousand crystals. 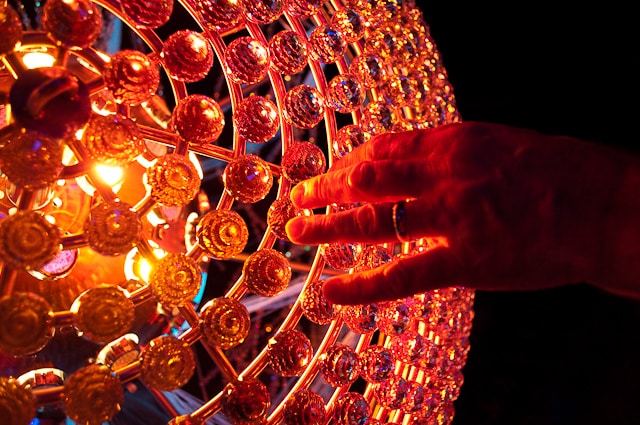 Close up of Leviathan. A siphonophore consists of a multitude of individual beings in one that rely on each other for survival. Similarly Feuerstein’s man o’ war depicts the way that crystals only unfold their magic in accord with other crystals. 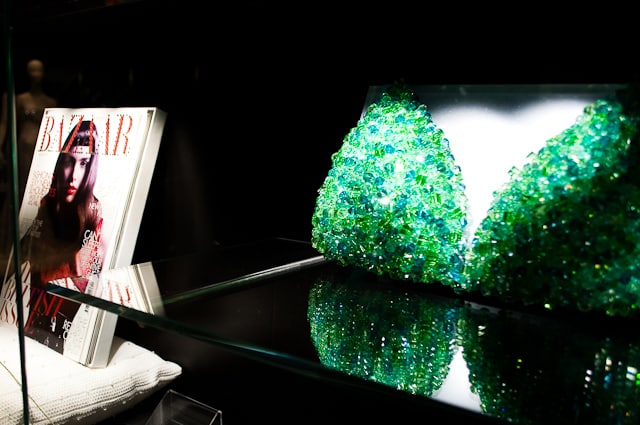 From bras to Harpers Bazaar, Swarovski crystal has always been in fashion as a short exhibition demonstrates. 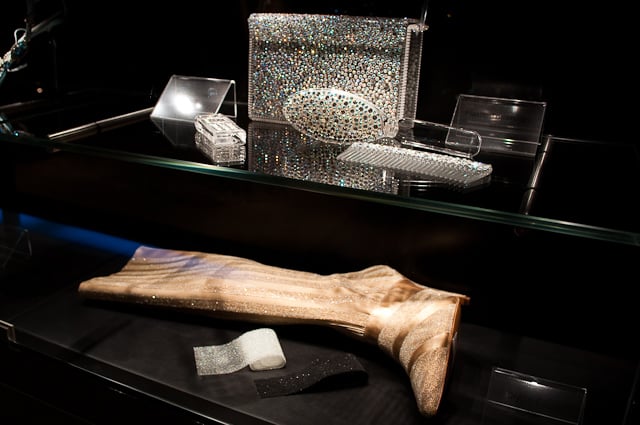 Swarovski crystal encrusted boots, handbags and accessories have been popular for generations. 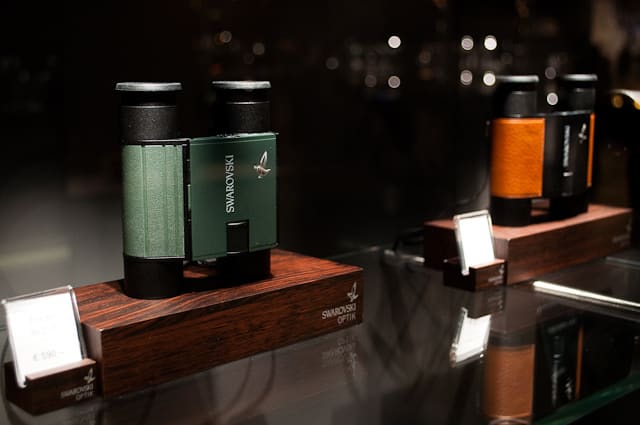 Swarovski crystal is more famously used in jewellery and accessories but it’s also renowned for it’s lenses on binoculars. 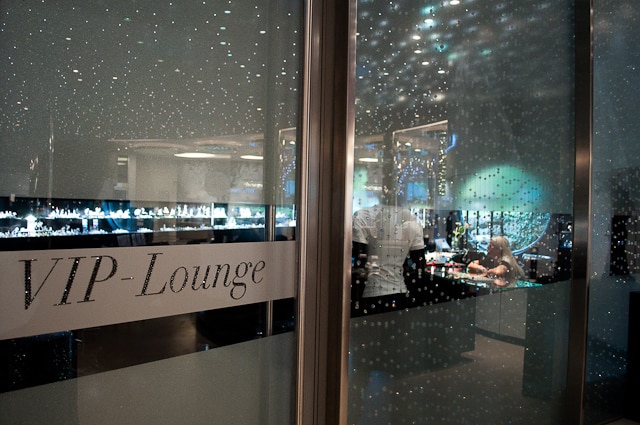 Every gallery and museum needs a shop and not only can you buy some bling in store but you can also shop in style in the VIP Lounge. 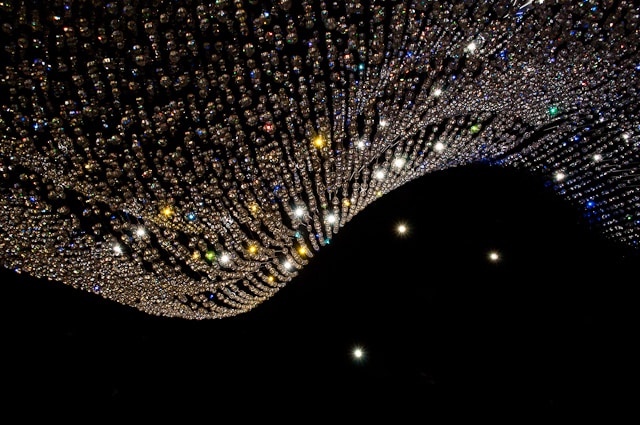 Twinkling crystals, light up the room at Swarovski Kristallwelten. 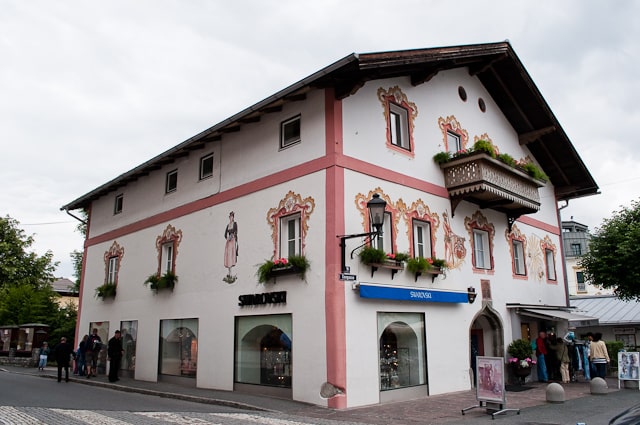 Swarovski crystal can be found on every high street, including this painted store in Zell Am See, Austria.