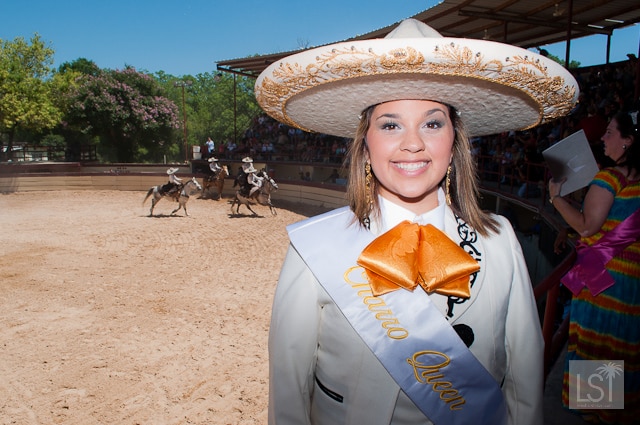 They do things big in Texas, or at least that’s what a lifetime of travel stereotypes had informed me – so the San Antonio Fiesta would be a mammoth party, I’d decided.

And with 11 days of events on the street and the famed San Antonio River, private parties, knees-ups and hoe downs it lived up to this reputation. Yet this annual event – brighter than the Texan sunshine – proved to be about more than just a few fun days in the calendar.

It’s a time when the city puts its best foot forward, memorialising its heroes, and unites in a celebration of freedom, Americana, but also Mexicana. Regaling everything that makes this corner of the Lonestar State intrinsically Texan.

There are more ingredients in a San Antonio Fiesta than those making up the ubiquitous and multi-flavoured margarita – the drink the city claims as its own. So what’s in a San Antonio Fiesta cocktail? A heady mix of iconic history and heroic characters, various deep-rooted and at times off the wall traditions, blinding colour and unbridled Texan spirit. 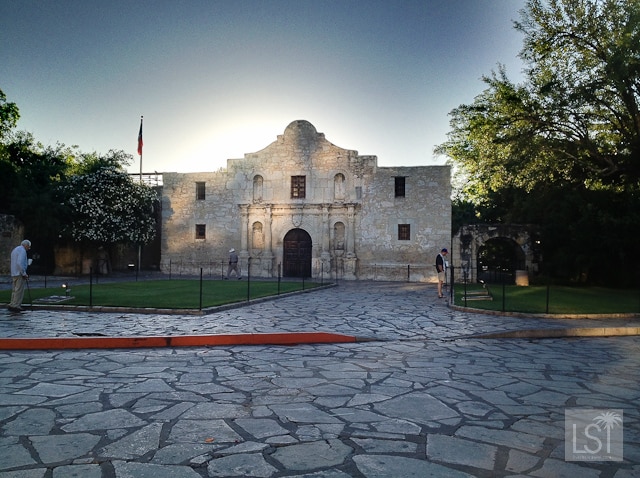 San Antonio’s biggest annual celebration comes from one of the city’s darkest days.

Every US school child is taught to ‘Remember The Alamo’. The defence of this legendary landmark at the heart of the city has entered into the national psyche as symbol of a free, and most importantly, United States of America. 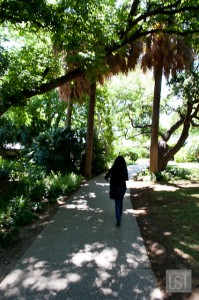 Meanwhile some of the Alamo defenders, well-known names like Davey Crockett and Jim Bowie, have been immortalised in Hollywood movies and even fashion of sorts, in the shape of coonskin hats.

But when San Antonio’s ramshackle civilian army took on the might of Mexico’s fearsome forces in 1836, fame was the last things on their minds. The battle was just one chapter in the Texas Revolution.

At the time, the state was part of Mexico and Texians, as they were known, wanted independence.

When the powerful Mexican army amassed outside the city San Antonio’s ramshackle bunch of freedom fighters were already holed up in fortified walls of The Alamo, one of the city’s missions.

The walls kept the huge Mexican army at bay for 13 days and nights. But before daybreak on March 6 columns of Mexican soldiers attacked, scaling the walls and turning captured cannons on the Alamo’s 200 or so defenders.

By sunrise the battle had ended – the defenders slain, but not forgotten.

The Alamo became known as a battle against overwhelming odds and a place where men made the ultimate sacrifice for freedom.

The site, now about a third of its original size and largely taken up by the mission church, became hallowed ground and the Shrine of Texas Liberty. In 1891 the San Antonio Fiesta began as an annual commemoration of the heroes of the Alamo. 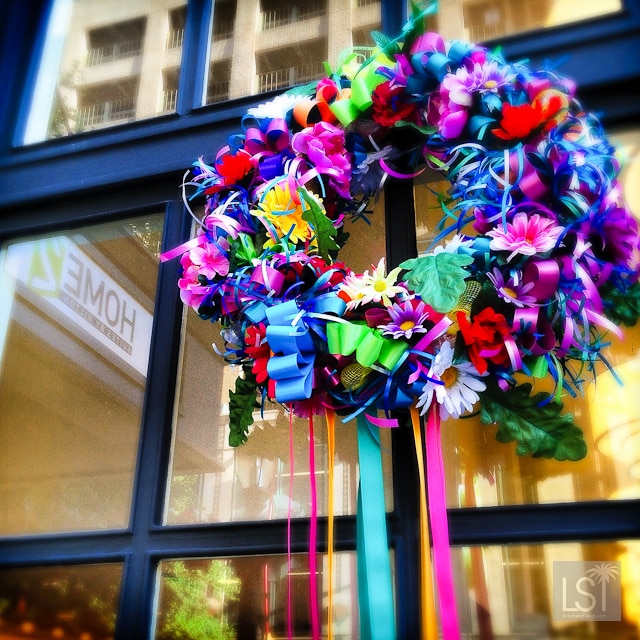 After soaking up the history surrounding Fiesta I was ready to discover its traditions and I didn’t need to look far.

The whole city seemed to embrace Fiesta with genuine enthusiasm. The streets were bedecked in the rainbow colours of Fiesta, psychedelic wreathes hanging from most buildings downtown.

But it’s not enough to decorate buildings – San Antonians decorate themselves in Fiesta colours adding ribbons and coloured crepe flowers to every outfit.

Another great tradition of San Antonio Fiesta is the collection of medals. Brightly coloured in metal and plastic they’re handed out by nearly every business in town, and also Fiesta organisers, beauty queens like Miss Fiesta San Antonio, Miss San Antonio and this year’s Charro Queen, Kellie Ramos.

Then there are pins created by local celebrities like Maria Calderon and her goodwill ambassador husband Lupe who said: “My role is to bring smiles and support Fiesta fun.” Medals take many forms – from a simple pin to elaborate cowboy boot designs, but all are worn with pride, especially by the Texas Cavaliers. 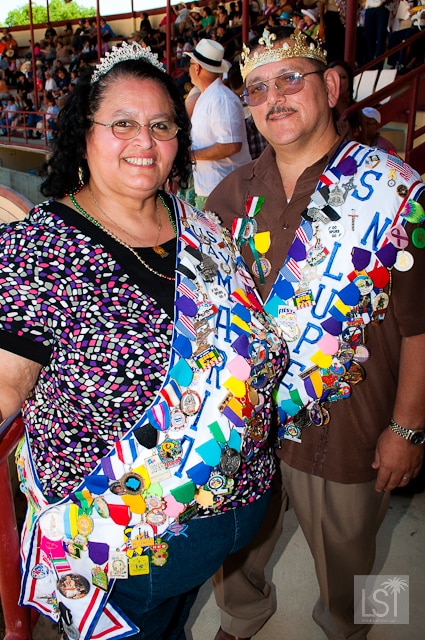 The Texas Cavaliers are Fiesta Royalty and an intrinsic part of festival attending all the big events and leading the most popular ones like the Texas Cavaliers River Parade which sees around 250,000 people line the San Antonio River. 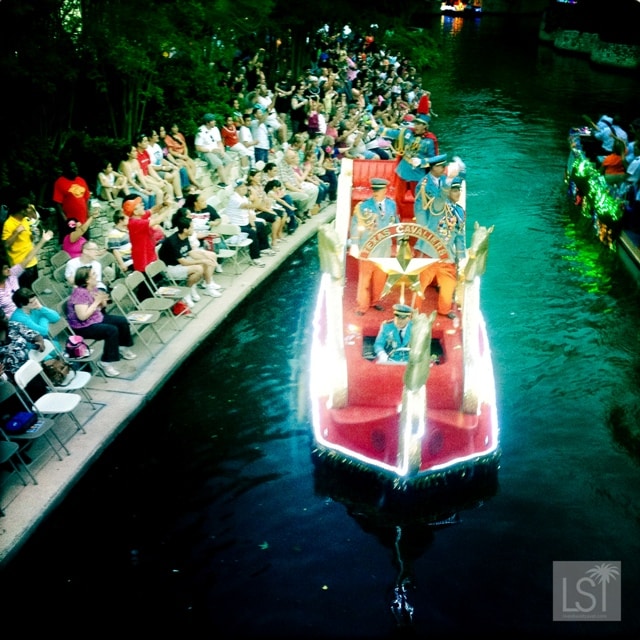 San Antonio Fiesta was one of the most diverse celebrations I’d ever attended with everything from parades and street parties to horse shows, mariachi church services and the solemn Pilgrimage to the Alamo where Fiesta Royalty are joined by members of the military and locals for a wreath bearing procession. 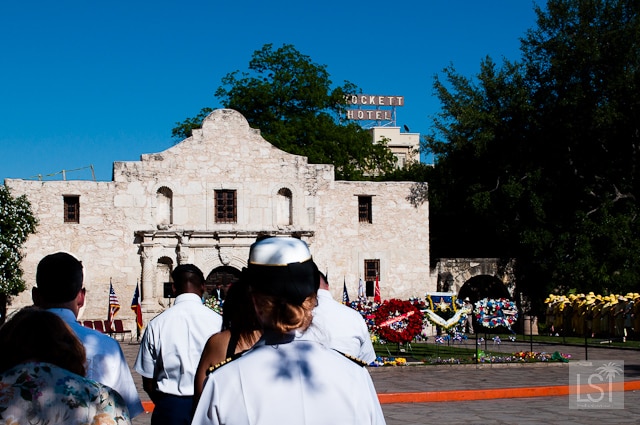 But a number of events stood out for being fun, or just a little off the wall. The Cornyation started as part of a Night in Old San Antonio – a four night celebration of San Antonio’s unique heritage with food and drink stalls and heritage-themed areas from across the world.

But back to the Cornyation – now a three-night event it sees Texas’ finest drag queens take a controversial, rowdy and hilarious look at the politics of the day. 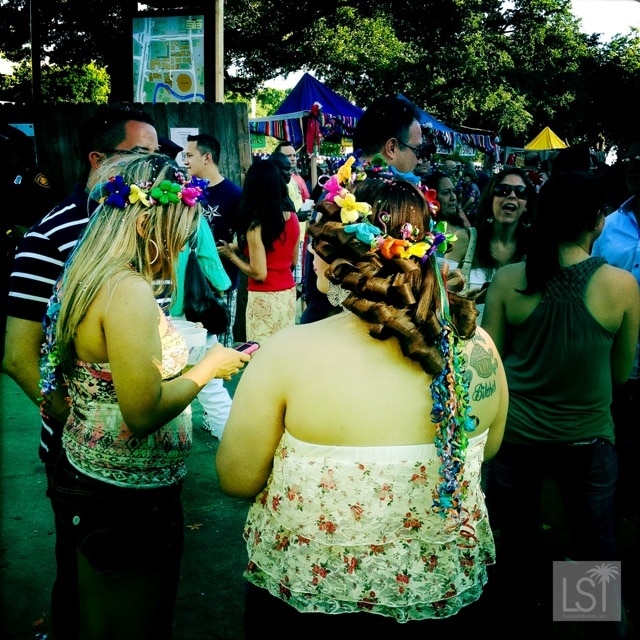 Then there’s St Mary’s Oyster Bake a 90-year-old event, which sees a whopping 100,000 oysters cooked in two days. And finally there’s the dog shows that see San Antonians dress up their four-legged friends in an array of attention grabbing outfits. 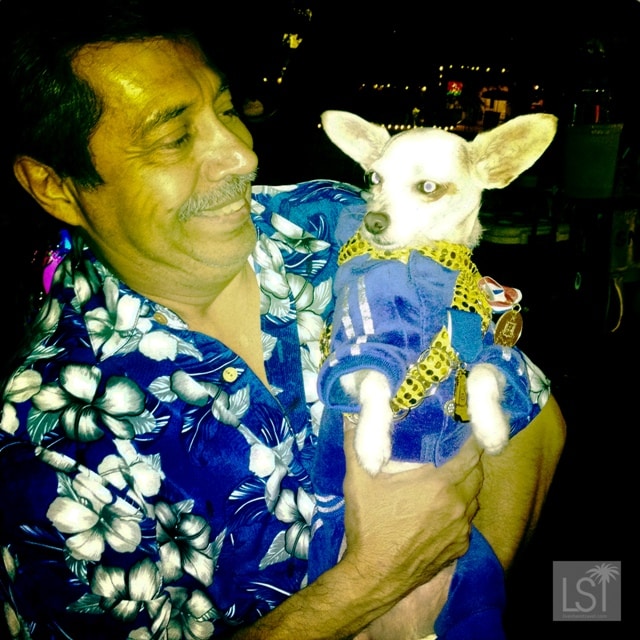 The San Antonio Fiesta is embraced by locals as a time to party and celebrate all that’s great about the diverse cultures that make up their city, and visitors. It’s the most good-natured fun you can have in a commemorative festival – a riot of colour and a foodie delight – why don’t you go deep into the heart of Texas in time for Fiesta next April?

Been to San Antonio Fiesta? Love Texan culture? Tell us about it below…