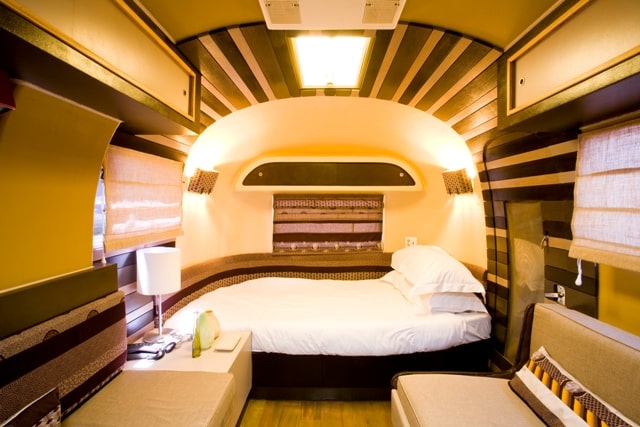 Cape Town’s Long Street is famed for its urban, funky side and has long been the place where the cool kids play, so it would seem the too-cool-for-school Grand Daddy Hotel has found its rightful home.

The Grand Daddy is one of Cape Town’s trendiest little hangouts – not only does it carry four stars for its well equipped rooms, but it has plentiful facilities including two bars – Daddy Cool and the Skybar, a rooftop cinema, and L’Apero Mediterranean restaurant. It has an excellent location right in the city’s beating heart, and its restaurants and venues have become destinations in their own right, with in the know Capetonians.

A stand out feature of the hotel is the rooftop trailer park. The trailer park was a little shabby-chic and not quite the “luxurious trailer park” we’d read about on the hotel’s website. 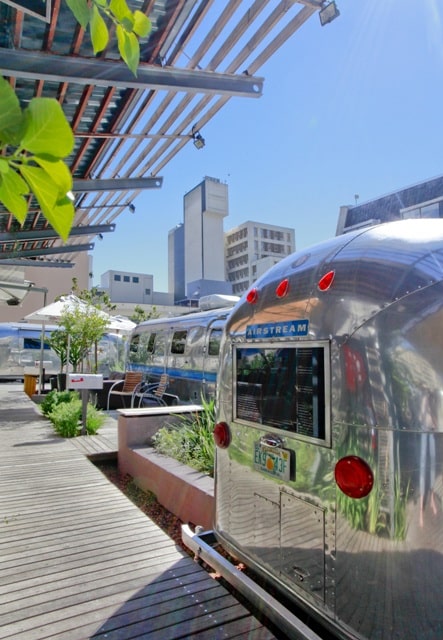 We stayed in ‘Dorothy’ and although it was quirky to stay in an Airstream trailer high about the city streets, we were glad to move into the main Grand Daddy Hotel after two nights.

The hotel rooms, conversely, are far more luxurious and spacious, although like many downtown hotels you have to be prepared to hear a quite a bit of street noise. 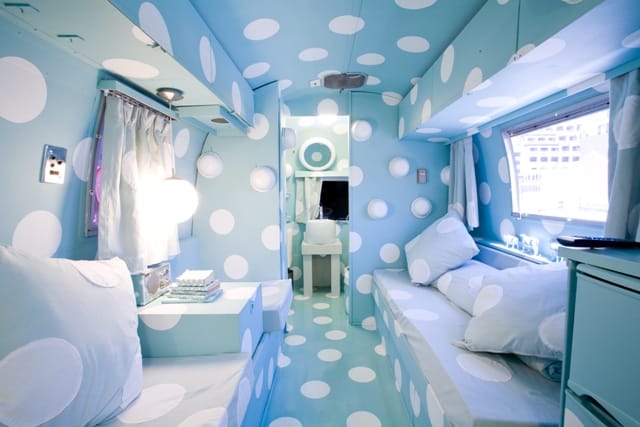 One of the Grand Daddy Hotel’s lovely features is the elevator – the oldest still hard at work in Cape Town. I also enjoyed treats offered at by the hotel’s turndown service – when they’d adorn your pillow with cute little packets of sweets made by a Cape Town confectionery artist. Sometimes it’s the small things that exemplify a luxury hotel.

As for food, we only had breakfast while staying at the Grand Daddy hotel, but it was one of the nicer ones we’ve had so far during our 4xfour round the world trip. As a vegetarian traveller I enjoyed the Grand Daddy hotel’s sautéed mushrooms, tomatoes, hash browns and toast. The coffee served, Lavazza to be precise, is also worth noting as you’ll find coffee served in South Africa a real mixed bag – so it was welcome each morning.

The Grand Daddy hotel  is very well located to take in all of Cape Town’s sights. And from the rooftop trailer park, there are beautiful views of Table Mountain, which is even more spectacular when covered in its “tablecloth” of white fluffy clouds. 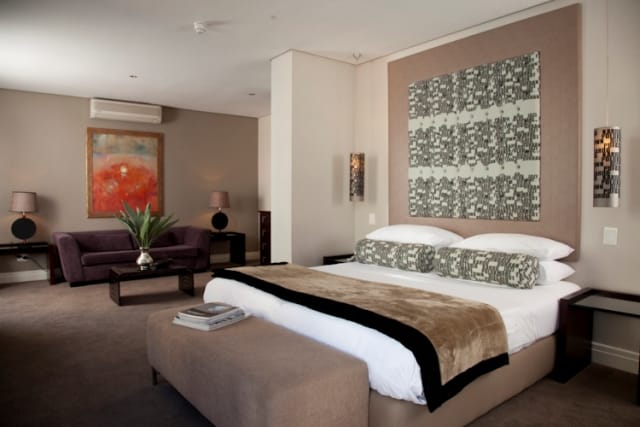 While staying at the Grand Daddy, we visited striking Camps Bay, which in my opinion is one of the most beautiful parts of Cape Town. It enjoys a rocky shoreline and stunning views of the Atlantic Ocean. We also had a bit of touristy fun at the V&A Waterfront, which is the perfect place for visitors. It’s also inexpensive – you can get a decent meal for two for around £20.

If the savings there mean you can manage some other luxury travel experiences then I’d recommend a helicopter tour of the region. It flies around Cape Point and provides incredible panoramic views of the whole of the Cape.

The Grand Daddy Hotel is one of the many fantastic hotels we have stayed in as part of 4xfour – our journey to four continents in four months. Read more about the places where we’ve stayed on this incredible journey.

Cheryl is our 4xfour intrepid adventurer - journeying to four continents in four months.