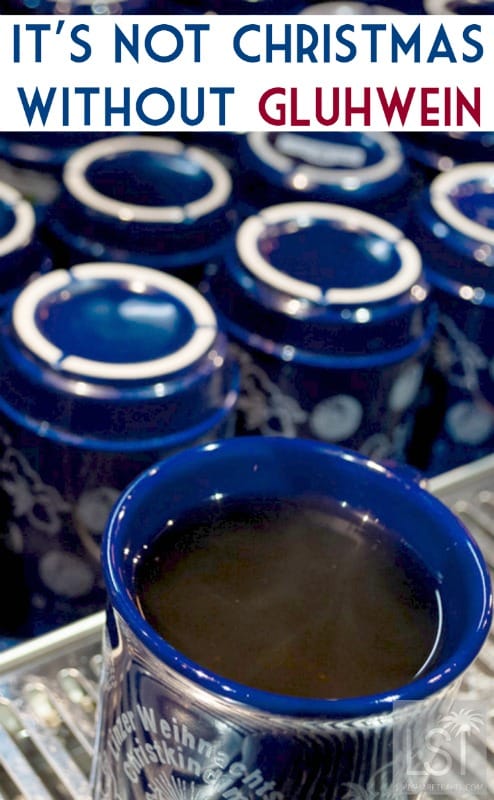 We now had plenty of Christmas spirit, but we couldn’t miss other of Linz’s big attractions.

Not that Pöstlingberg is that big – it’s a mere 539 metres high – more a hill in Austrian terms, but it was within very easy reach of the city, accessed by the unusual and charmingly historic Pöstlingbergbahn mountain tram.

At the top of the hill we took in views of Austria’s second largest city as dusk swathed it in the blue-grey light of winter and white lights twinkled to life.

Two splashes of brightly coloured light painted the riverbank – the city’s Lentos Museum and Ars Electronica Center, which reveals the effects on daily life of art, technology and society, challenging visitors to think critically about the world and their part in it.

The buildings reflected their youthful face into one of ancient Europe’s grande dames – the River Danube.

But this was by no means the only way in which Linz’s young and trendy side brushed shoulders with its historic sites. Linz is youthful – its story is one of post-war regeneration after being heavily bombed in the Second World War – the unfortunate result of Hitler declaring his love for the city in which he grew up. But it also has plenty of pre-war history. 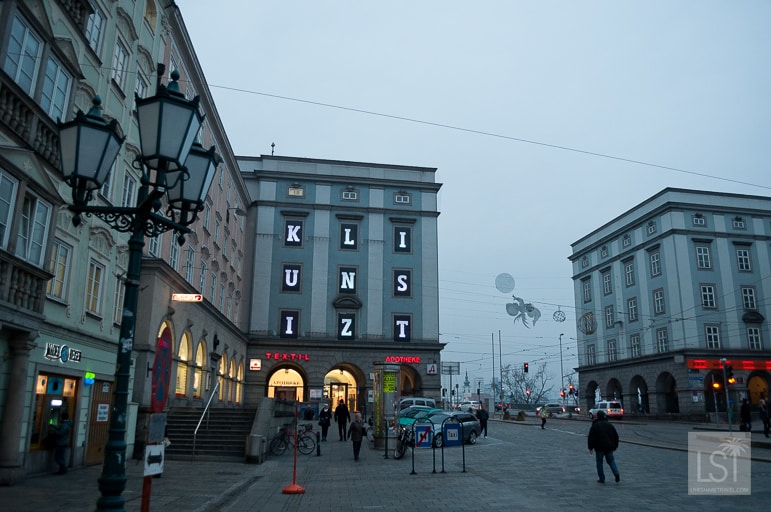 The city’s cathedral dates back to 1855 and is the perfect Linz metaphor. The gothic cathedral has some of the finest stained glass windows. But after being bombed in World War Two many were badly damaged, and it took the city 50 years before they could replace them. Hence the cathedral also has exciting examples of modern stained glass art. 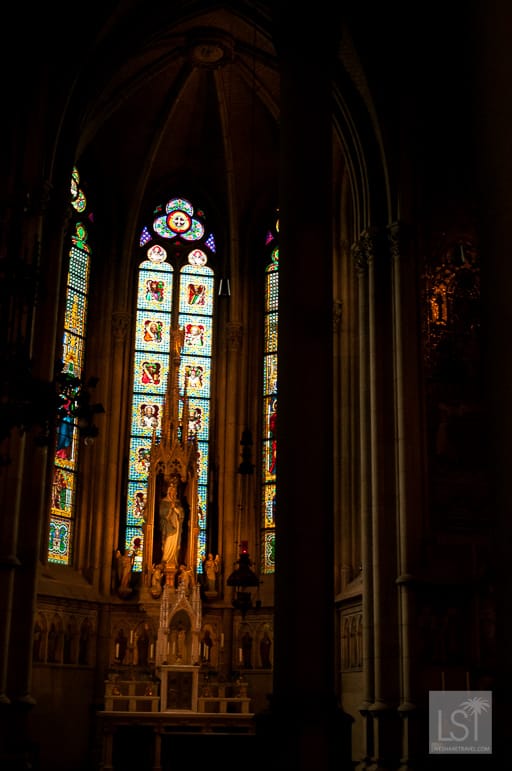 But this wasn’t our first experience of Linz’s cathedral – we’d had the pleasure of viewing the outside at close quarters from the floor to ceiling windows of our hotel, the Domplatz. 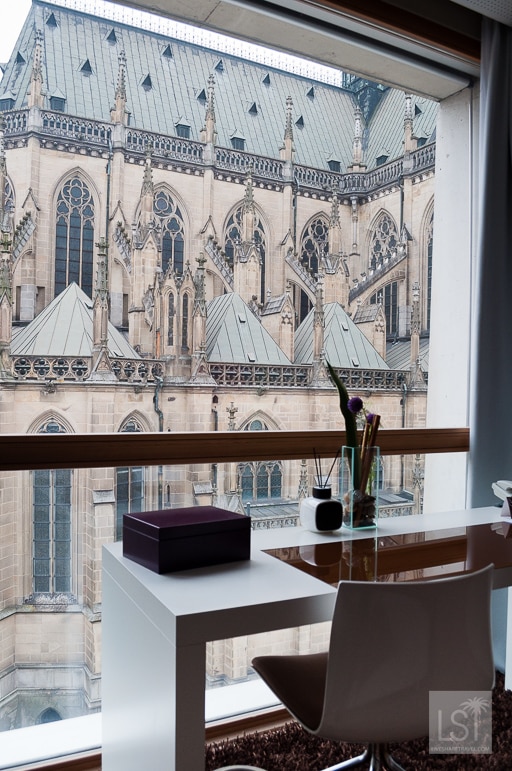 The Hotel Domplatz is bright, ultra-modern and with great, well-equipped rooms (I could have sat on my chaise lounge looking at the cathedral view all day), a spa, bar and plenty of modern artworks dotted around the building. 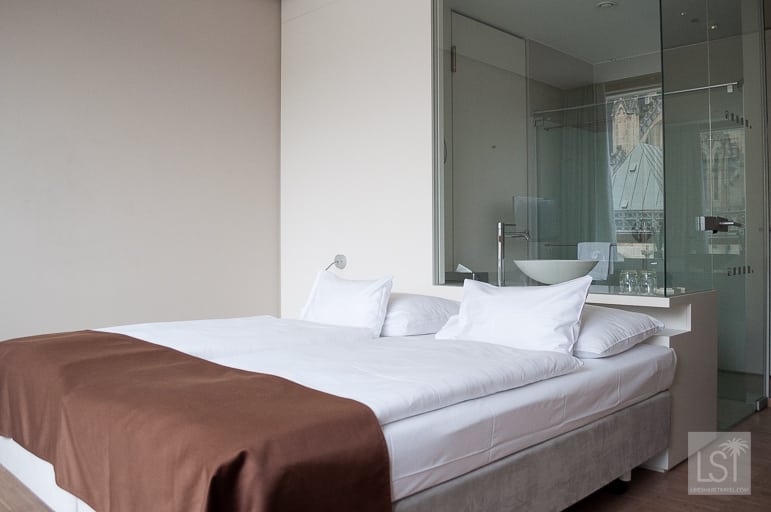 It had many interesting features but my favourite was the little box in each room where you can leave something for the next guest. It could be a small souvenir, a recommendation of what to do or see in the city, or whatever takes your fancy. 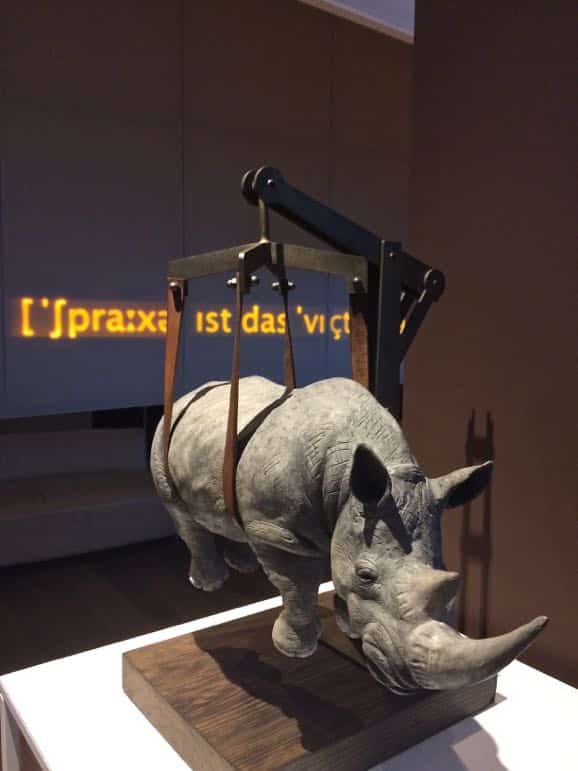 It was a sweet gesture, especially at Christmas time.

Heading out to take in the markets we paused first at Wärmepol. Christmas isn’t Christmas without gluhwein, and Wärmepol’s comes with more of the spirit of Christmas than usual. The bar run by Linz’s university students puts all profits towards building a school in Africa.

Heading to the main square we visited the largest of Linz’s markets – there is another in the Volksgarten just a five minute tram journey away. But here in the square there was enough twinkle and cheer for any fan of Austrian Christmas markets.

Shoppers gathered with mugs of gluhwein, plates of bratwurst, and other savouries like largos – garlic buttered pastries – among stalls with trinkets, decorations, and gifts. 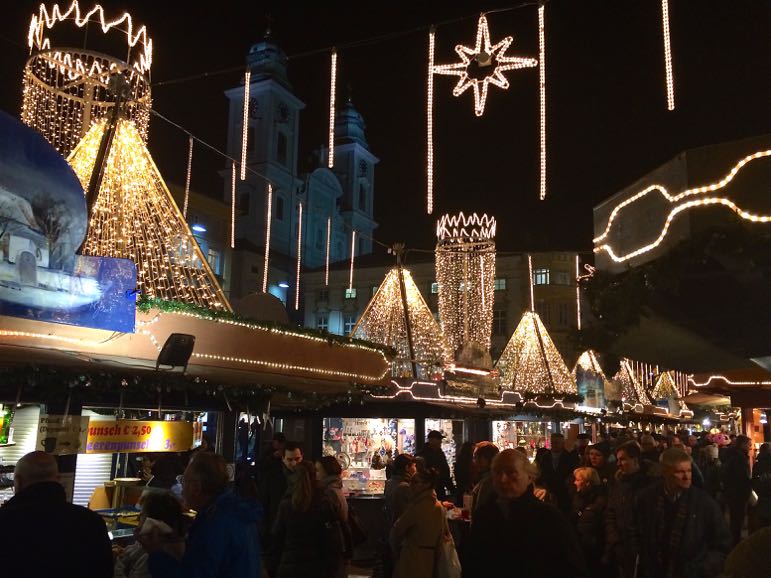 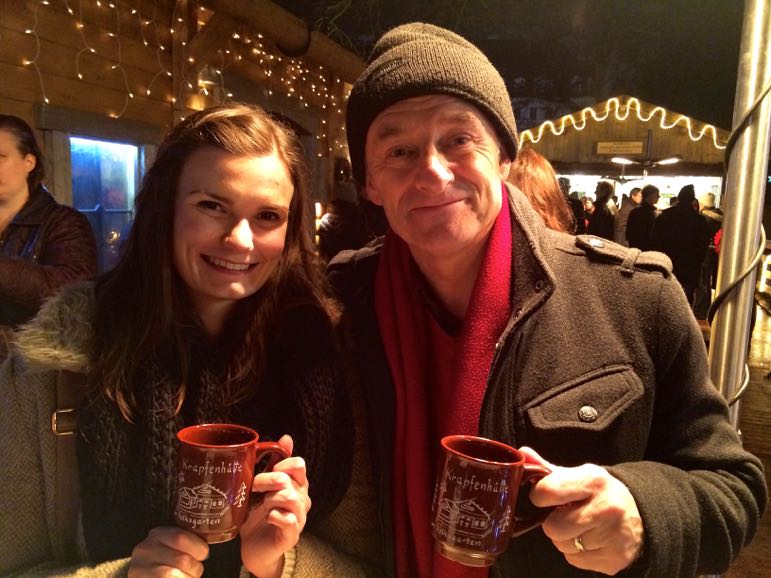 Having visited Salzburg, Vienna and St Wolfgang previously we knew Christmas markets in Austria are a perfect pre-cursor to the season – a mix of festive warmth, excitement and tradition.

And at each we’ve discovered other regional traditions. This time we left the Christmas market to learn about local cake, Linzer torte. At K.u.k Hofbäckerei, one of the most popular producers of the cake in the city, we were given a lesson in Linzer torte making by baker, Fritz Rath.

There were three of us – Terry and I adding festive decoration to our tortes, while Lisa topped hers with a heart. When Fritz explained that the cakes need to be left for around two months to mature we realised Lisa’s was best placed for the timely celebration of Valentine’s Day (perhaps we’ll just eat ours then too). 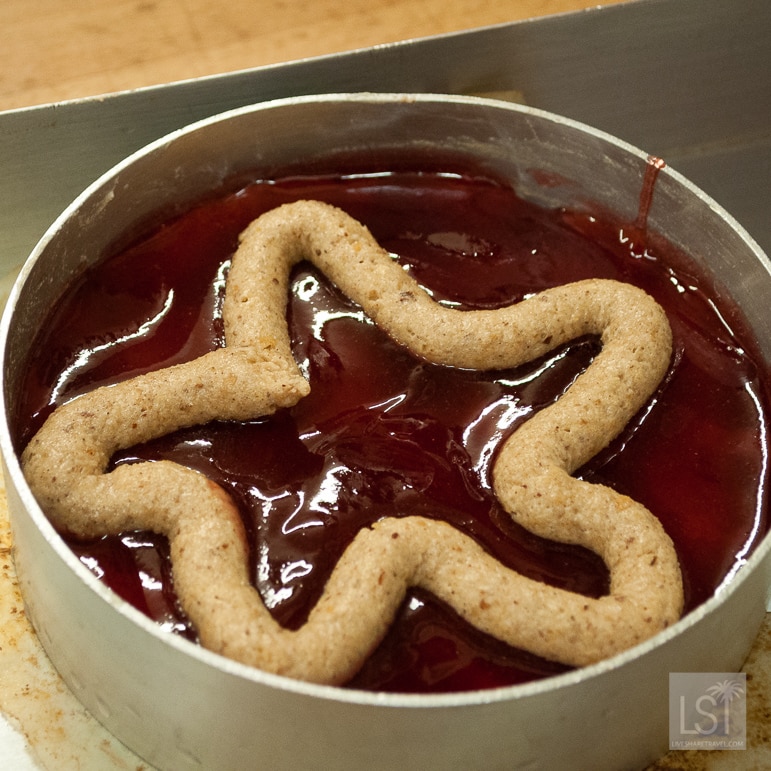 That evening we headed high up the hillside for dinner with a view. The Schlossbrasserie is a modern restaurant serving Austrian and French dishes graced by local wines. But for us, its stand out was the panoramic views of Linz. 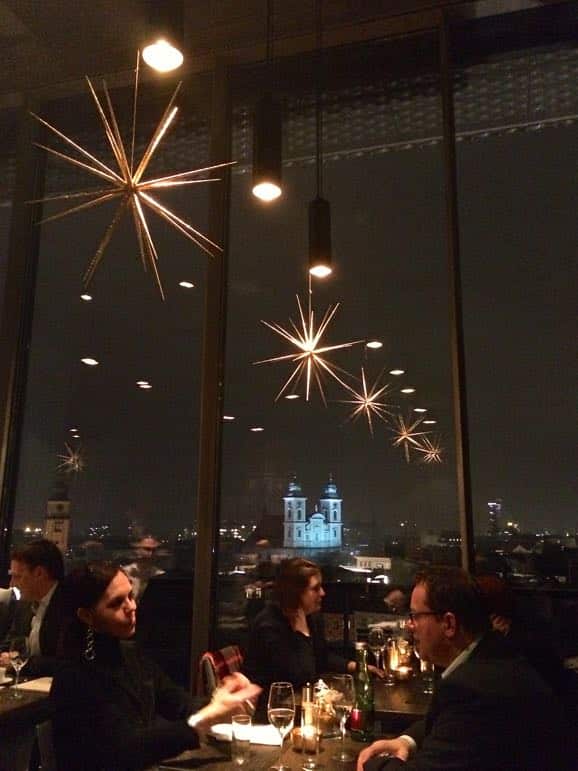 The bright lights of Christmas flowed from the cathedral to the city’s churches and along to the Danube, where Linz’s modern buildings found their place and we saw the old mingling with the new and each of Linz’s generations.

Luxury break: things to do in Lanzarote
Best places to go – seven stars from a year of travel