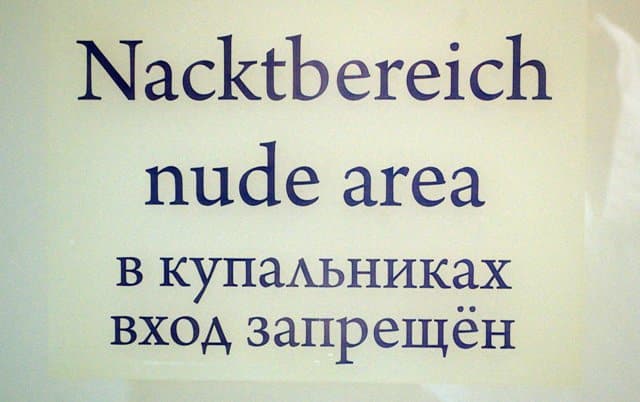 Recently we ran a story on Austria’s mixed nudist spas, yes, that’s right, the Austrian’s like to go bare in their saunas and steam rooms. And as Terry explains he’s something of a fan of the whole mixed nudist spas thing, but I have to confess – it’s just  not for me.

I’m a textile. Until recently I didn’t know I was. Or indeed had I even heard of the term, but apparently it refers to people who wear clothes as opposed to walking around naked. It’s an interesting phrase for something so everyday – well for me at least.

When we arranged our trip to Austria or indeed until half-way through our stay I didn’t know about it’s mixed nudist spas. But all that changed in Alpbach when we decided to use the Romantik Boglerhof hotel’s spa.

I was delighted to see my fellow, stiff-upper-lip and keep-everything-under-wraps Brits in their swimwear

That day the rain came down and we thought better of our planned hike. This, I thought, was my chance to have a little me time and relax with a swim and steam.

Changing in our hotel room I put on my bikini, buried myself in a fluffy white dressing gown and made my way to the spa beyond the impressive indoor swimming pool with an underwater connection to the outdoor pool. Heading into the spa area ready for some rest and relaxation I was brought to an abrupt halt by the following notice: No bathing costumes allowed.

I’m a pretty worldly sort – I’ll try most things once and certainly don’t consider myself a prude, but I was surprised. Taking a deep breath I rounded the door and saw men and women wandering between saunas and stream rooms completely naked. I am used to single sex nude spas and have used them in Hungary and Turkey at a Turkish bath but having men in there was a completely different situation.

There were bits and bobs of bodies jiggling all over the place. I didn’t know where to look – so tried my best just kept eye contact. In truth I found the whole experience a little embarrassing.

After a few minutes a British couple came in and I was delighted to see my fellow, stiff-upper-lip and keep-everything-under-wraps Brits in their swimwear. Suddenly I could relax – there was no need to feel awkward about not being naked. 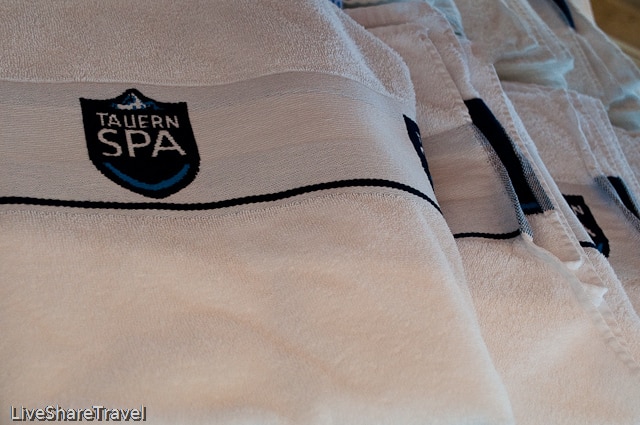 Heading into the dimly-lit steam room with more confidence, the heavy steam cloaked my view. But as it receded, I was confronted by a man standing there letting it all hang out. I tried to grin and bear it, but it was so hot in there – not from the steam this time – but from the prickly heat of my embarrassment. I made for the door.

The next day we moved onto Saalbach and the Theresiagarten Hotel – a lovely hotel with a very modern spa. As we entered the spa area we were the only ones there so I could use the facilitates in peace without any naked shenanigans. But when an Austrian couple came in and stripped off, I beat a retreat and made for the pool.

My third mixed nudist spas experience was at the Tauern Spa, in Kaprun, close to Zell-am-See. It had a number of indoor and outdoor swimming pools in the most gorgeous setting with a back drop of towering mountains and lush green countryside. And though it had an extensive collection of saunas and steam rooms among its mixed nudist spas, it also catered for us more demure bathers with a ‘textile-only’ area. I was thrilled not to have to put up with all the nudity of the main spa and happily sat in the heat of a steam room with a male spa-goer for a good 15 minutes. As we sat there I couldn’t help wondering – would I have been comfortable if we were naked? A resounding ‘no’ rang in my head.

But after taking in the textile steam, bio-sauna and Finnish sauna I was a little bored. The textile area of the spa at this luxury spa hotel was very quiet and there were just three rooms for those of us wearing clothes compared to the seven for my naturist friends.

Wrapped in just my bath robe I took a stroll into the naturist area willing myself to give it a go but was racked by that strange inward embarrassment you feel when you find yourself fully-clothed on a nudist beach.

In one of the saunas a naked man swung a towel around his head to intensify the heat, like a cowboy trying to lasso a steer. In another a couple had fallen asleep on each other – it was an intimate scene, clothed or not, and I just couldn’t disturb them.

After only a couple of minutes I made my way back to the swimming pools defeated.  It was obvious many people enjoyed the mixed nudists spas but it just isn’t for me – it was just too intimate a situation to enjoy with a group of strangers. 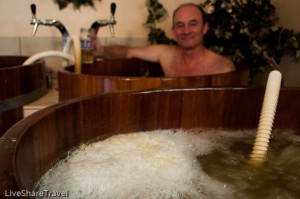 Want to see more of Austria’s spa treatments? Watch us, well Terry, go naked in a beer bath, aided and abetted by our friend Kirsten.

Have you ever tried mixed nudist spas? Could you go bare with a mixed group of strangers? Let us know your thoughts below…