There are rivers and then there is the Danube. And as I watched Europe’s second longest river flowing through the Austrian city of Krems, it demanded my attention.

My fascination with this famous waterway increasing as it surged past displaying all its power, size and imposing presence.

I was on a four-day trip to the wine growing Wachau region, a World Heritage Site, in Lower Austria. And there, amid its fertile landscape was the mighty Danube. It bewitched me into exploring it further and I discovered there’s more than one way to traverse the river and take in the towns and vineyards that dot its banks.

Getting a taste for the Danube by train 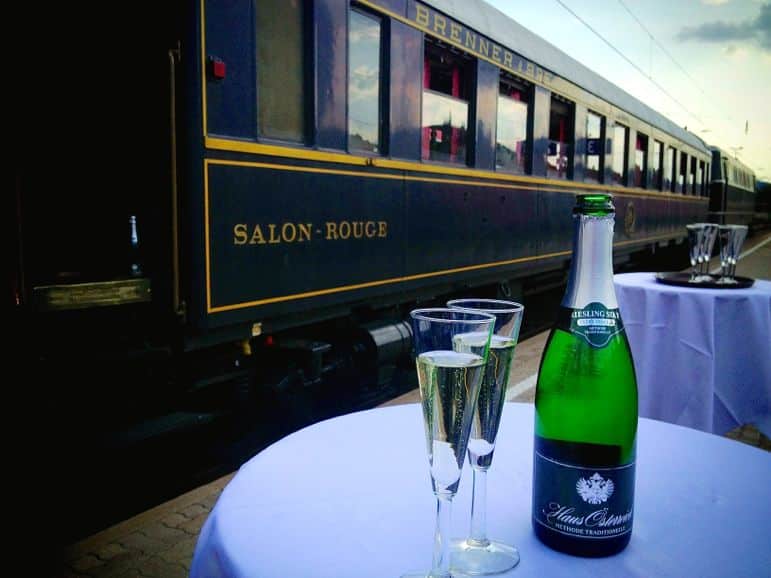 One wonderful way to view the Danube is from the imperial splendour of the 1930′s Wachaubahn Themenzug (or Wachau theme train).

But forget all thoughts of Disney – this theme train is more of a sophisticated classic. And ever keen to gain a new luxury experience I decided to give it a try. Arriving onto the platform in Krems, I was served with a glass of local sparkling wine. An impressive start to any journey.

Climbing aboard was like stepping back in time as I was surrounded by the grandeur of a bygone age. An ornate dining carriage, with authentic 1930′s fixture and fittings, set the scene for an unforgettable evening. 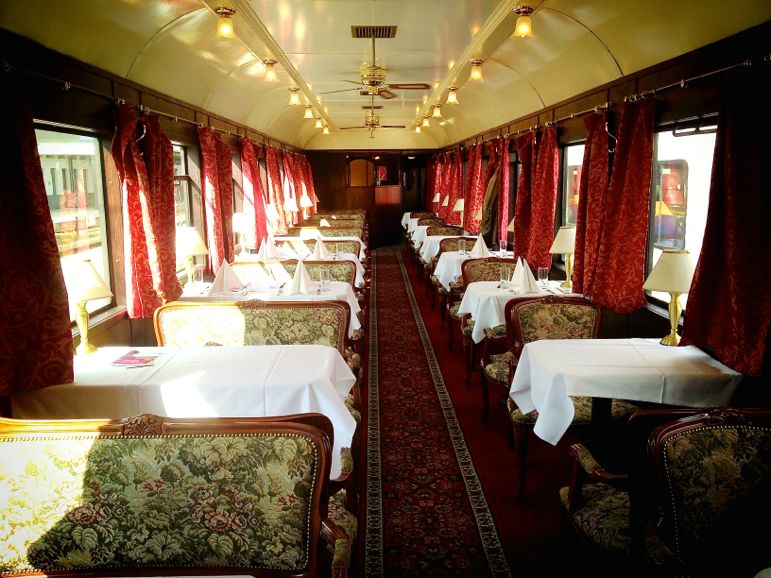 The train trundled beside the Danube on a sun-blessed evening as I sipped more of Lower Austria’s famous wine. A guide helped to bring the local countryside and history of the Danube to life.

I learned that the Romans ruled there for 300 years, and how today this is the wine and apricot growing heartland of Austria. I viewed the ruins of Durnstein Castle where King Richard III was held prisoner and discovered that saffron, one of the world’s most expensive spices, is also grown on the Danube’s fertile banks.

The train stopped at two stations, including Weissenkirchen (White Church). Here once again a selection of wines were served on the platform as we took in the local history and viewed the gothic white church, from which the town takes its name.

Gracefully making our way back to Krems as the evening set in over the Danube, a Heurigen-style meal, a traditional selection of cold meats and spreads was served, complimented by yet more wine and schnapps as I enjoyed the delightful scenery whisk by. 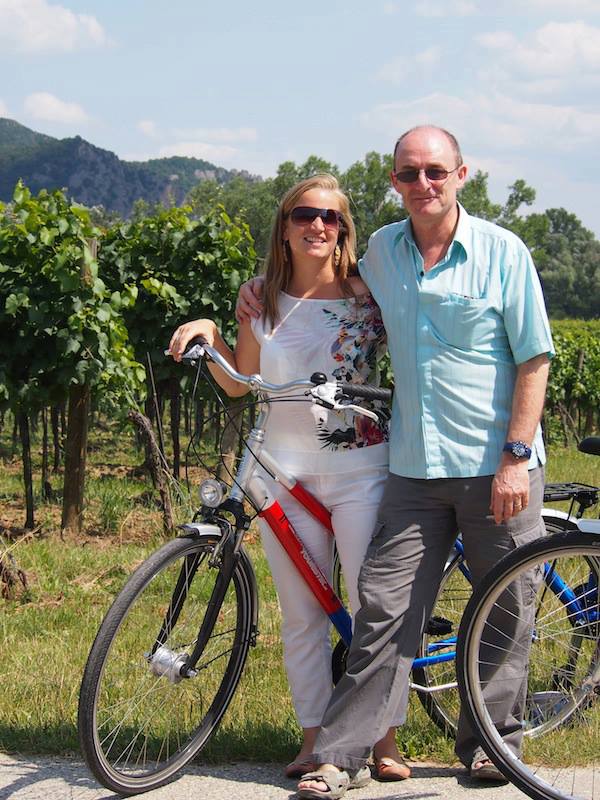 Strolling a little way away from the Danube in the picturesque town of Spitz, I collected my hired bicycle. Ahead lay a 20 kilometre ride back to Krems, which would take me through quiet villages and open countryside of vineyards and apricot trees.

However, most importantly I would be able to cycle along the banks of the Danube. With the brilliant summer sunshine bearing down on me, I set off.

Soon I was alongside the Danube, joining many others enjoying each charismatic curve in the river’s path. Weaving my way, I watched as the Danube’s mighty waters supported both commerce and leisure. Huge freight vessels tugged along, speed boats shot by, stand up paddleboarders floated by and swimmers cooled off from the burning afternoon sunshine. 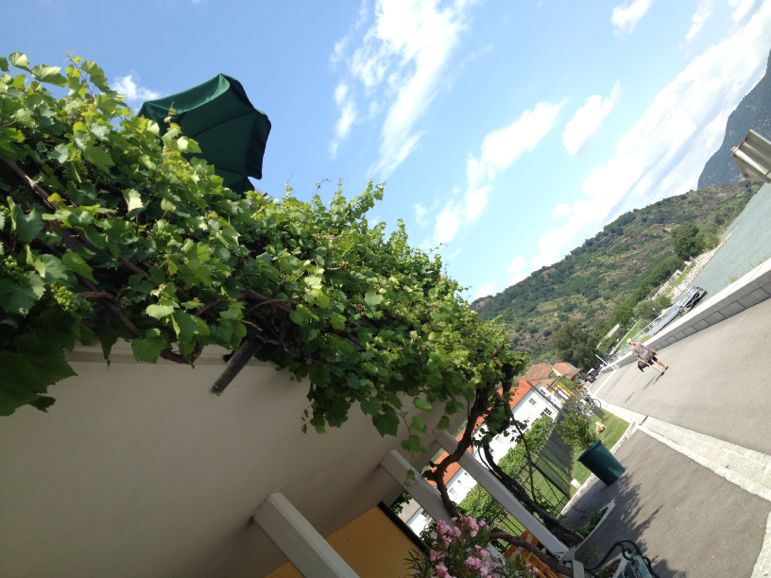 My ride along the shores of the Danube was taken at a gentle pace, allowing me to fully savour its magnificence. Nearing Krems I was reluctant to leave the river side and head inland to finish my journey, but all good things must come to an end. 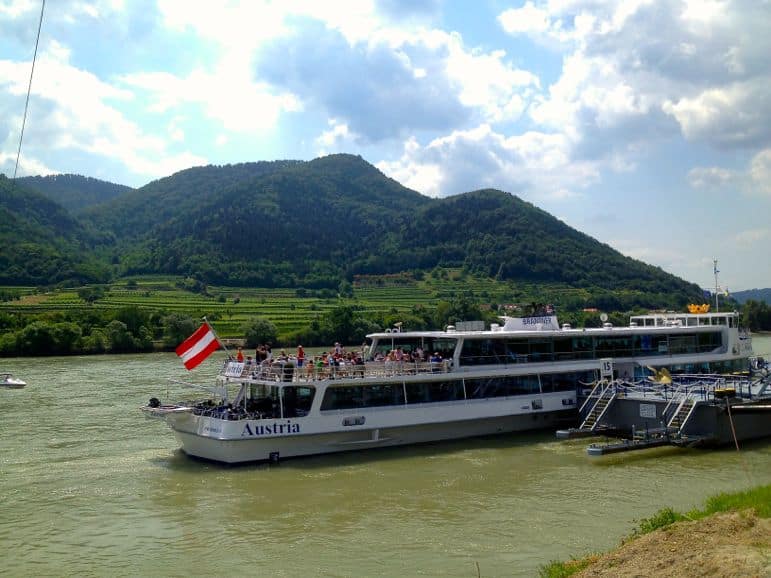 I was determined to witness this outstanding river in many ways and surely the easiest way to see the Danube was by boat?

I took a leisurely cruise aboard the Brandner MS Austria. It was a relaxing way to travel and allowed me to see the Danube up close and personal. From the centre of the river the view of Lower Austria is very different and all the more beautiful and interesting – row upon row of stone-terraced vineyards rising neatly up the hillside. I was able to see life on both banks of the Danube and for the first time, could really appreciate why UNESCO had made this area a World Heritage Cultural Landscape, its history and viniculture revealing themselves from the source of all this goodness. 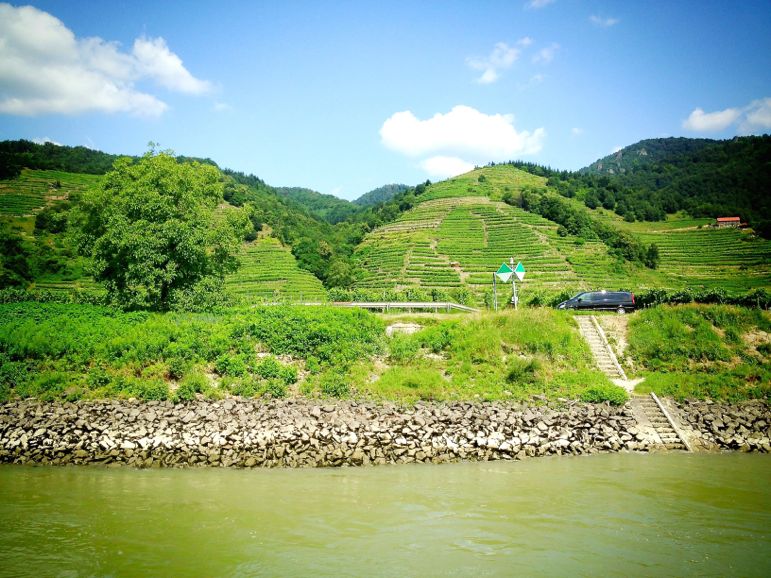 The cruise from Krems to Spitz took one-and-half-hours and was punctuated by picturesque towns, places of historical interest like Durnstein’s blue church and a spectacular landscape. 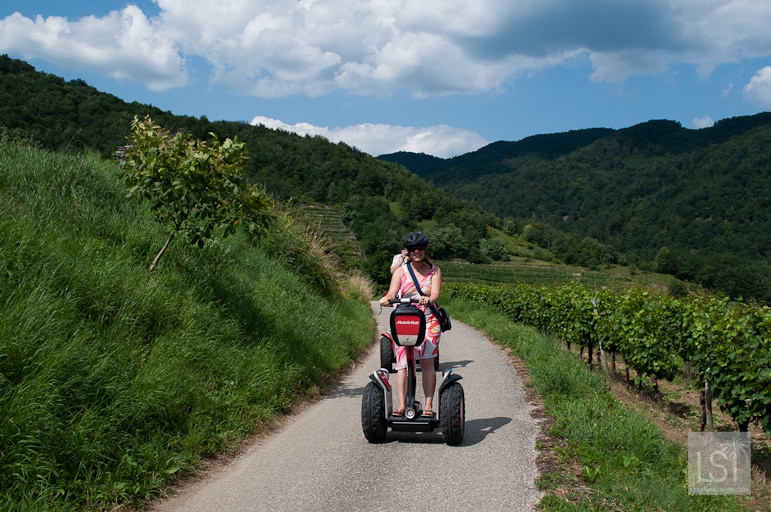 I’ve never been on a Segway, and never really wanted to. I always thought they were stupid looking things that served little purpose. However, now I’ve been on one, and what a revelation.

On the banks of the Danube, at the Strandcafe in Spitz, I was introduced to the joys of the Segway by owner and instructor Thorsten Busch. He patiently and expertly coached me, to use this unusual mode of transport. It was surprisingly easy to learn and I quickly got to grips with it. 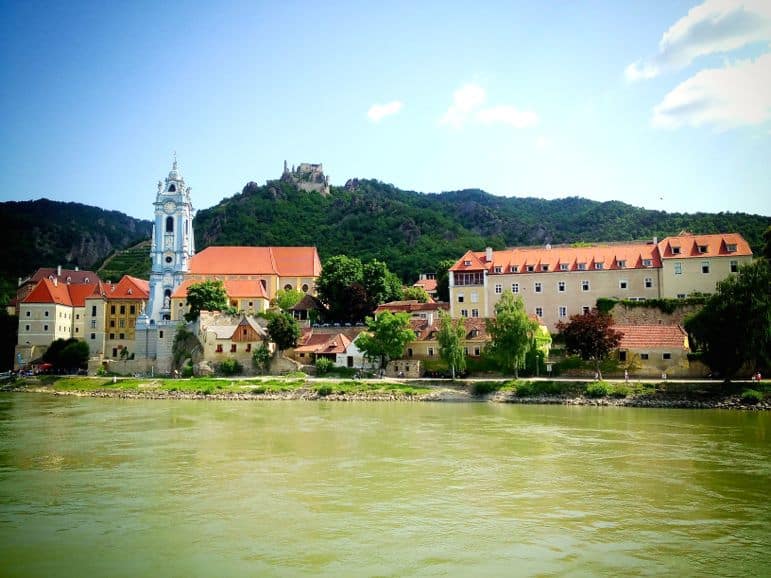 Soon I was deftly making my way along the side of the Danube, taking in the scenery, and in full control of my fascinating Segway. While I swerved around walkers, rowers overtook me, and the endless waters accompanied me as I rode along the riverbank, then up the hillside whizzing and weaving through the vineyards.

At the end of my session I reluctantly gave back my Segway. It, the Danube and the surrounding region of Spitz had won me over. 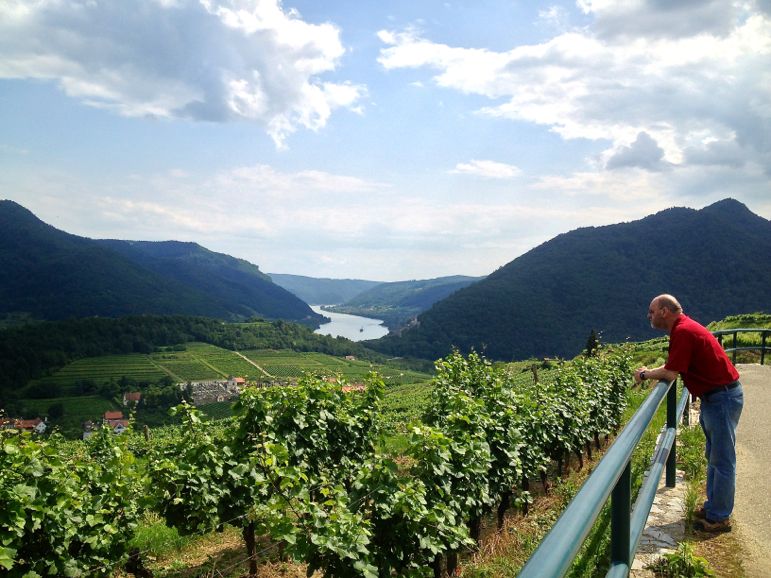 Now I can’t tell you too much about the helicopter ride over the Danube, as I unfortunately didn’t get chance to do it this time. But the helicopters take off from beside the shiny new Wellenspiel restaurant on the river bank at Krems. However, if you are interested in seeing the Danube and the wonderful landscape of the Wachau region from the air contact Helikopter Tours Austria. I know I will next time I’m there.