I was in Victoria, Australia, and I was lost – but I guess I was supposed to be. I was in a maze after all. In truth, it wasn’t the most threatening of environments to find yourself lost in, that is if I disregarded the thorns stretching out towards me along the path.

As I moved deeper and deeper into the rose maze at Ashcombe Enchanted Maze Garden I was actually working my way out of it. Reaching the middle, I felt this was by far the easiest of the mazes there when in truth I’d liked it to be more difficult. I would have loved to lose myself for even longer amid its vines, petals, colours, and most of all its heady aromas.

I have to admit to a dearth of knowledge – before entering the rose maze I could probably identify two types of roses – the big ones you’d cut and put in a vase and those that grew on trailing bushes. And I would have said that all roses smell the same. Yes, it’s quite embarrassing, but I’ve already confessed to being a garden virgin.

But as the maze unfurled its flowers with each step, nearly every one grabbed my attention either with the intensity of its colour, its multicoloured petals, or its scent. Not all the flowers gave off a fragrance of course. But those that did seemed to build the drama one by one until I was swimming in a sweet sea of perfume.

Growing in popularity in Victoria

Roses can often be viewed as a traditional old flower, unable to compete with the glamour and exoticism of the likes of lilies and orchids. But I learned they are a popular plant grown in the state of Victoria and particularly in Mornington Peninsula.

And it’s not just their good looks that make them popular on the Peninsula. This is one of Australia’s great wine regions, where the devil-to-grow Pinot Noir is as easy to find as thorns on roses. And as grapes and roses are in the same plant family, the flowers are grown at the ends of vines as an early warning system for diseases like powdery mildew which could put paid to a whole vintage. 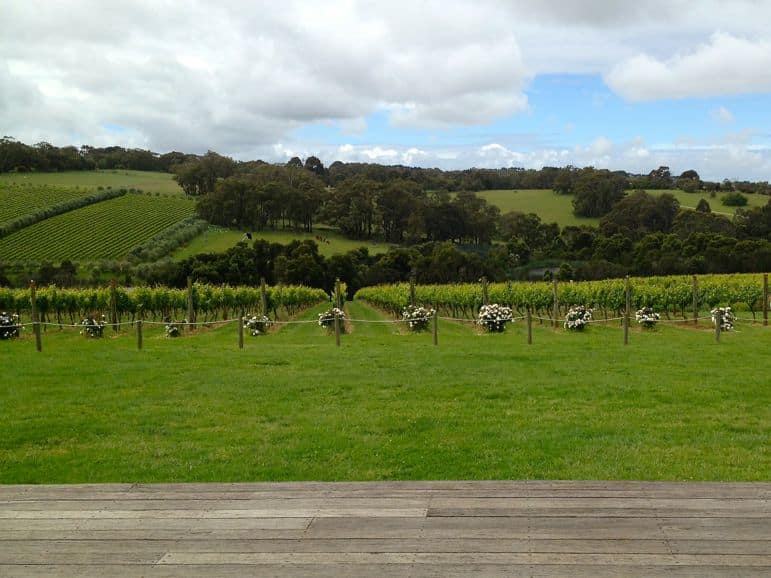 But roses were also prevalent in the well-tended gardens of hotels I stayed at such as the Woodman’s Estate, Lindenderry at Red Hill, and Tussie Mussie Vineyard Retreat, where the freshly cut pink blooms in our pretty cottage were almost the same size as the dinner plates. 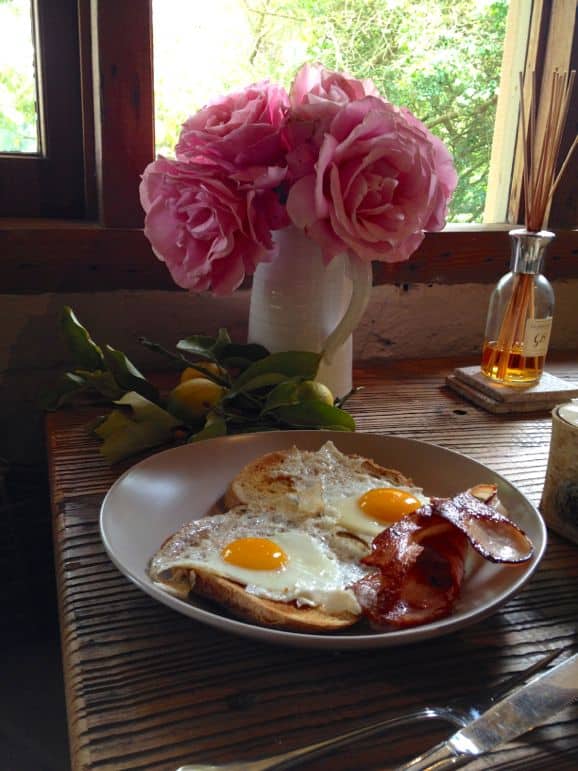 “What’s in a name? That which we call a rose.

By any other name would smell as sweet”

How does your garden grow?

Reuben Nieuwesteeg is making a name for himself in the neighbouring Yarra Valley for his restaurant Billy Goat Hill Brasserie. And though on the day we met he paused from planning menus for the restaurant – his new passion project – it was soon clear where his other passions lay.

Waxing lyrical about roses, the former grower whose family still run a renowned nursery in Victoria, gave me an education in rose cultivation. He talked about hybrid teas –  single stem roses – and floribunda – multi-flowering varieties – while injecting some of his flowery passion into my veins. 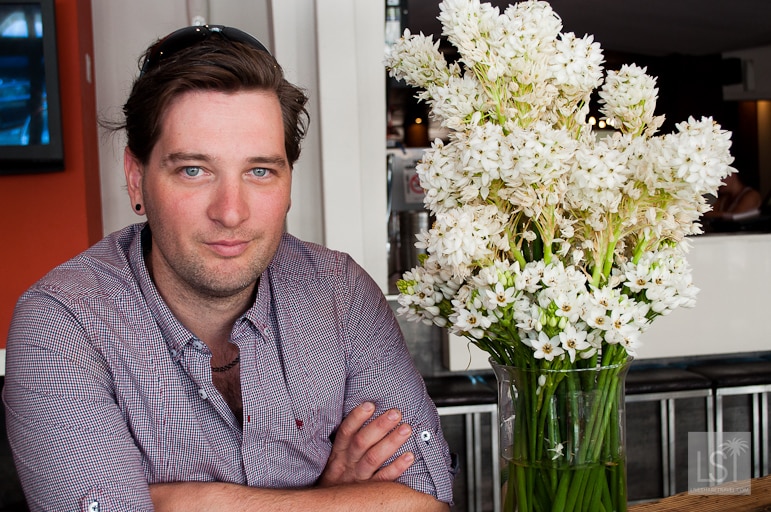 “I love roses,” he enthused “Growing up I was forced to work with them in the family business and hated it, but soon realised just how beautiful the plants are and I grew to love them.

“Every rose variety has its own growing pattern, but they’re at their best in Victoria from October to late November – just in time for the Melbourne Cup.”

Each of the ten major race days of the Melbourne Cup’s Spring Racing Carnival has a signature flower and a rose is featured on half of them. You wouldn’t be seen dead without a yellow rose at the Melbourne Cup Day, for example.

As I tipped Reuben off about the beguiling blooms I’d spotted in Mornington Peninsula, he agreed that roses are pretty special there. Reuben tipped Morning Star Estate, on a cliff overlooking the ocean, as his favourite place to see roses. “The gardener there is brilliant. They have salty sea air and harsh winds to contend with – not ideal growing conditions but the roses are so well reared you wouldn’t know it.” 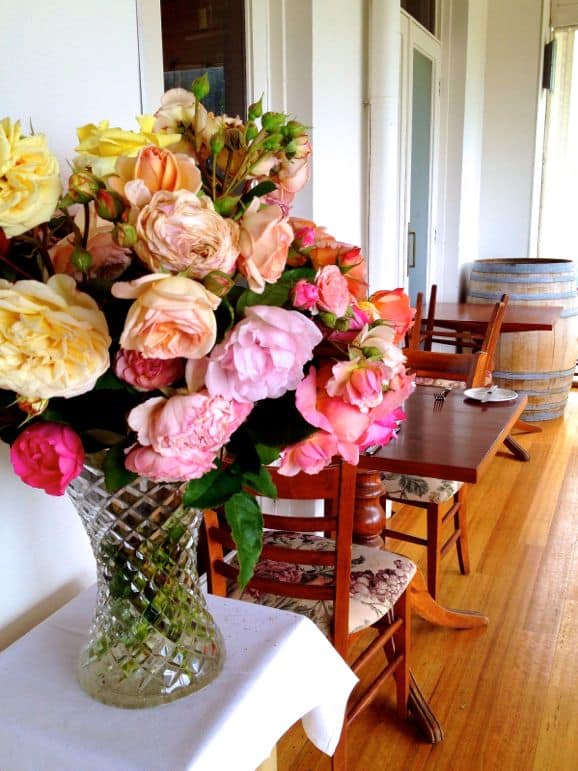 “Visitors to Victoria should try to spot their favourite rose varieties and see how they have developed in the Australian climate – they can be quite different to what they’re used to.”

He was right – gardeners would be fascinated by the evolution of varieties from home and their growing patterns in Victoria. But as Reuben’s enthusiasm and scientific words settled in my unscientific mind I remembered a quote I’d seen at Ashcombe Enchanted Maze Garden and I knew that the most important thing I’d learned was just to appreciate these remarkable flowers.

“If the rose puzzled its mind over the question of how it grew,

it would not have been the miracle that it is.” 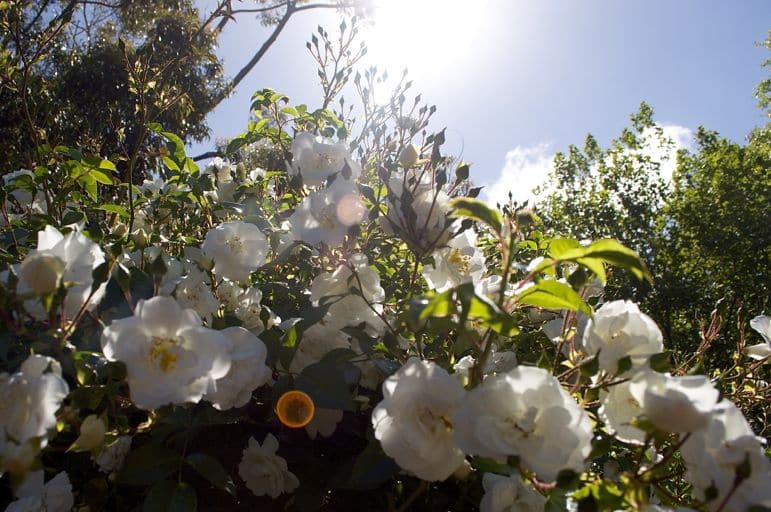 This story is from my #MelbourneTouring trip, created and managed by iambassador, Tourism Victoria and Visit Melbourne in partnership with Royal Brunei Airlines. As always all opinions are my own and I never look at the world through rose-tinted glasses.

Living the dream? Business class on the Royal Brunei Dreamliner
The trouble with holiday rentals and how a British company is making a difference