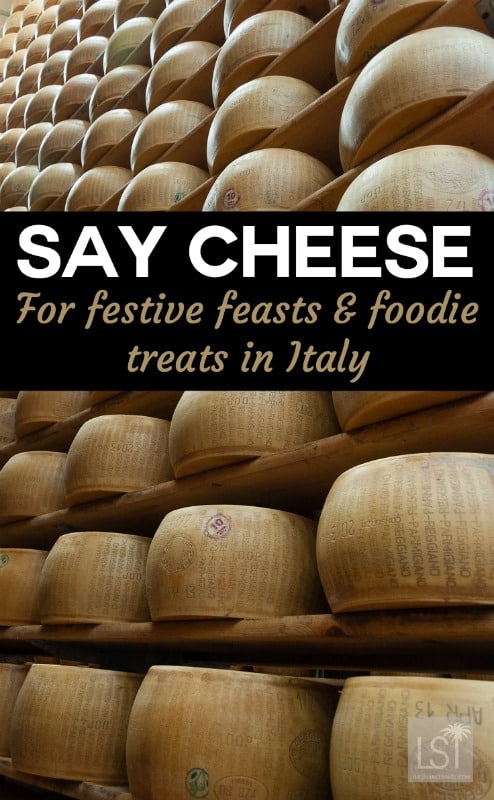 Happy New Year! Now, have you eaten all your lentils? It may seem a strange question if you’re not familiar with food in Italy and the annual tradition of increasing your lentil intake to ring in the coming year.

It’s a symbol of prosperity – eat enough lentils on New Year’s Eve and you will be rich beyond your wildest dreams in the new year.

Excuse me while I pause for my fifth mouthful…

But this lentil stuffing bonanza does not mean you have to eat the vegetable on its own, not in the food-obsessed region of Emilia Romagna, where the tradition has been founded anyway.

Here your money-maker lentils are served with zampone and cotechino – and this is where the real fun begins (unless you’re a pig that is). Take some sausage and stuff it into a pig’s trotter, boil and slice it, and you have a delicacy worthy of celebration.

It’s so popular in fact that the towns people of Modena, a food-fuelled town in northern Italy where the zampone was first made and has Protected Geographical Indication status, gathered recently for a zampone cook-off. 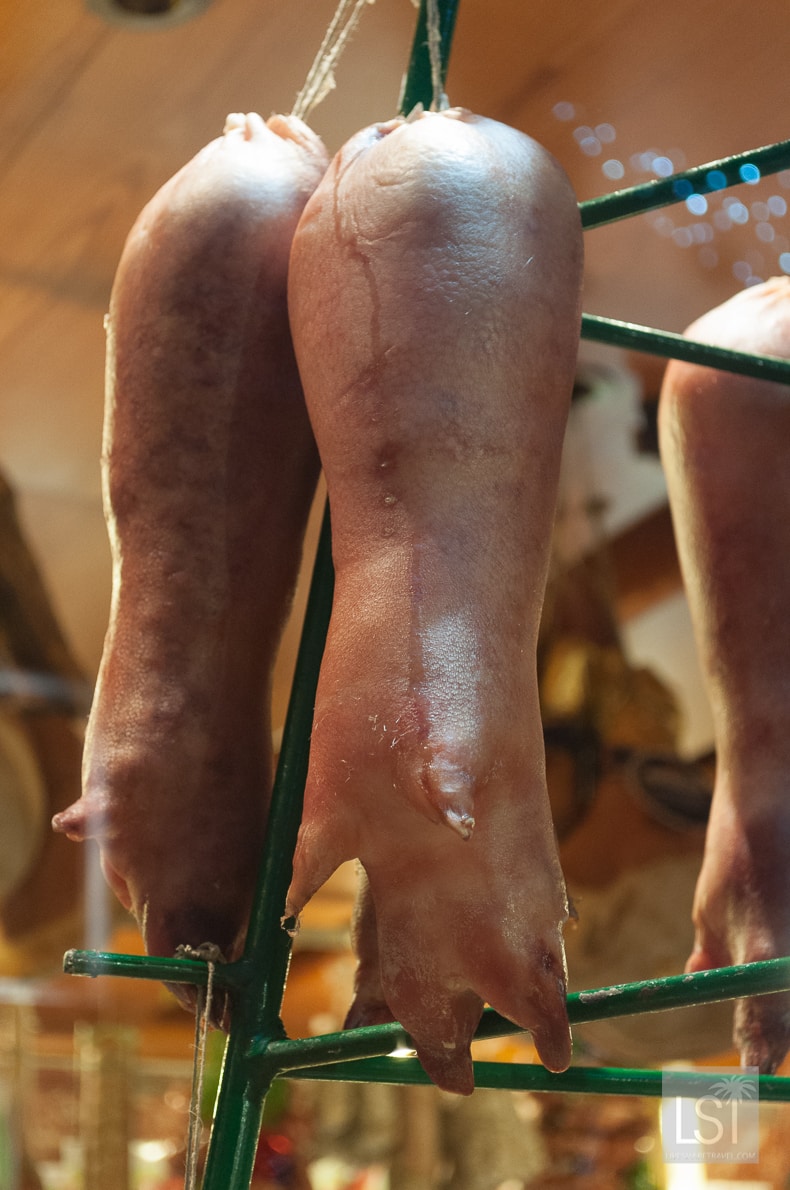 School children from across the country gathered in the town’s main square for the Super Zampone event.

A celebration and cooking contest in one with all the exuberance of an Italian game show. There was the celebrity – event founder, Massimo Bottura of the world’s third best restaurant, Osteria Francescana, also in Modena. Then there was excited cheers of the audience, the dulcet tones of Italian spoken at 80mph of passion, and the strange, left-of-field appearances – the presenter using a variety of rubber crocodile microphones to interview competitors, Bottura and local dignitaries. 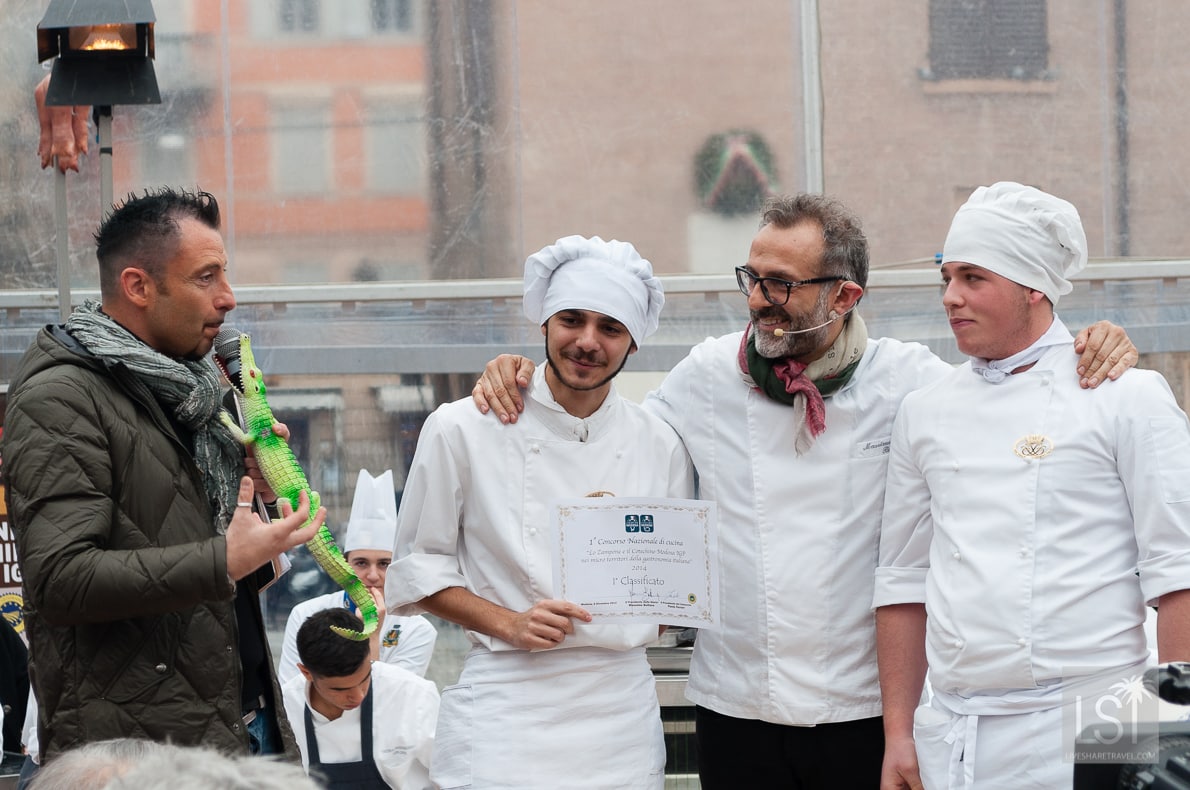 Even we had a part to play – despite having no previous experience of this Modena delicacy, we tasted each of the ten dishes to help find the winner.

But then what experience did we need? We’d eaten food before, we liked food, we’d tasted many sausages before too, and Emilia Romagna had already tickled our palate with a smorgasbord of taste since we’d arrived. We’d even explored Modena’s brand new Museum of the Cold Cuts the previous day, so what more credentials did we need. 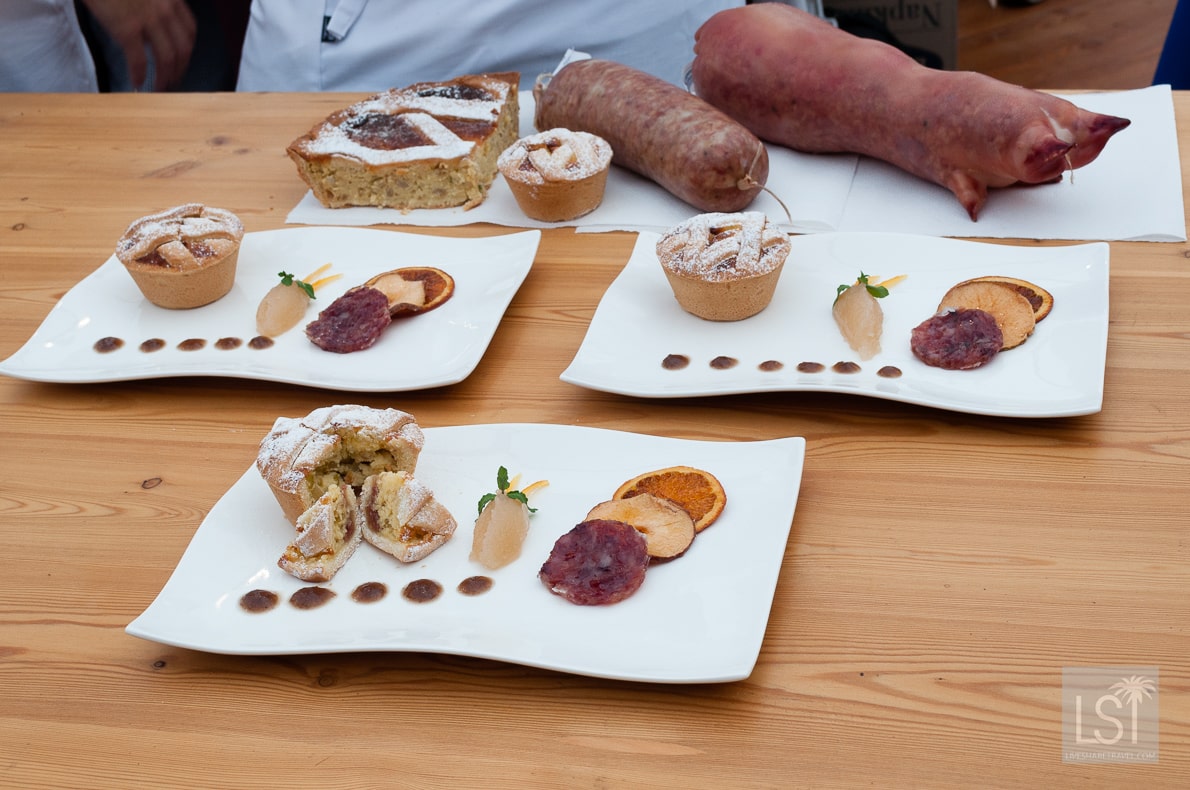 And I guess that’s just it – if you have a passion for food you’re in good company in Italy.

Announcing the winning dish, an unusual partnership between a traditional Neopolitan cake and the northern sausage, Bottura praised the winning chefs’ ingenuity. He urged the young cooks to work hard, create great things and explore their passion. 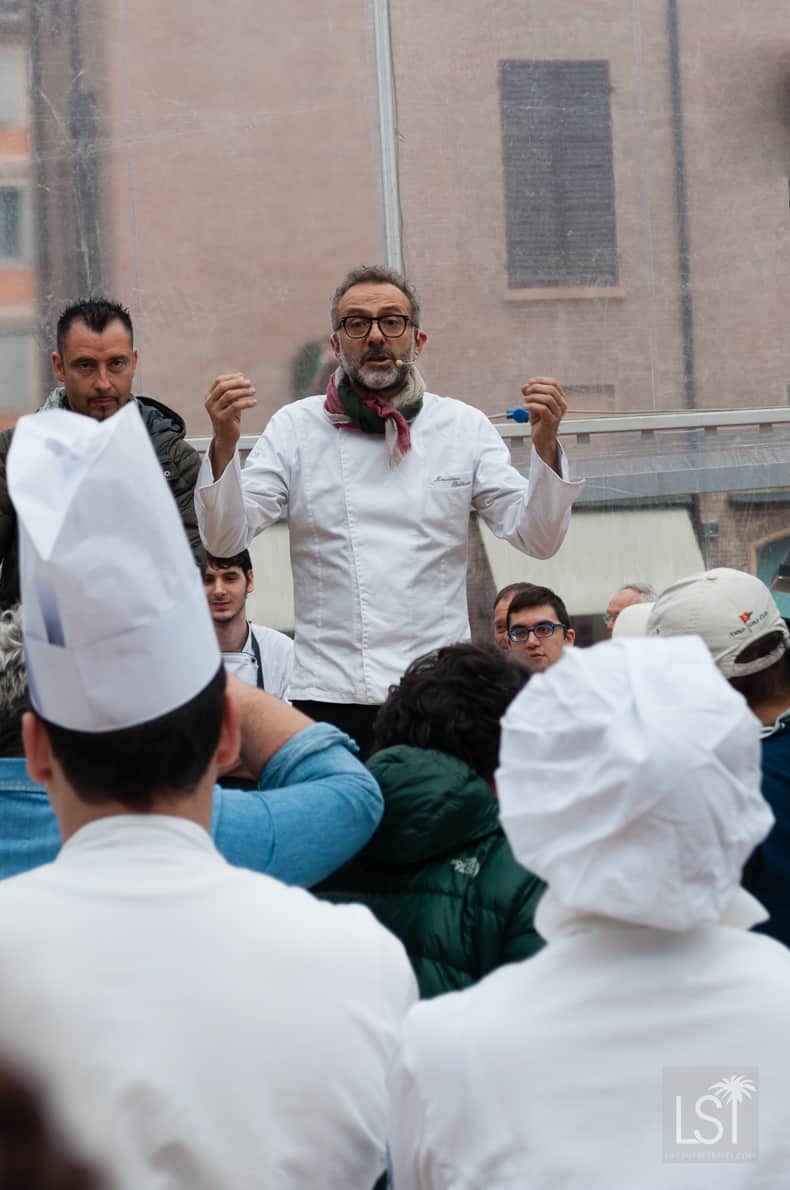 And it’s this passion for food in Italy that exemplifies Modena, in fact the whole of the Emilia Romagna region.

On the trail of good food in Italy

In just a three-day food tour of the region we’d discovered some of its most famed foods and tastiest lesser-known delicacies. Lesser-known that is compared to Emilia Romagna’s star turns – ham from Parma, ragù – largely known in the UK at least as bolognese sauce – from Bologna, balsamic vinegar and parmesan cheese from Reggio and Modena. 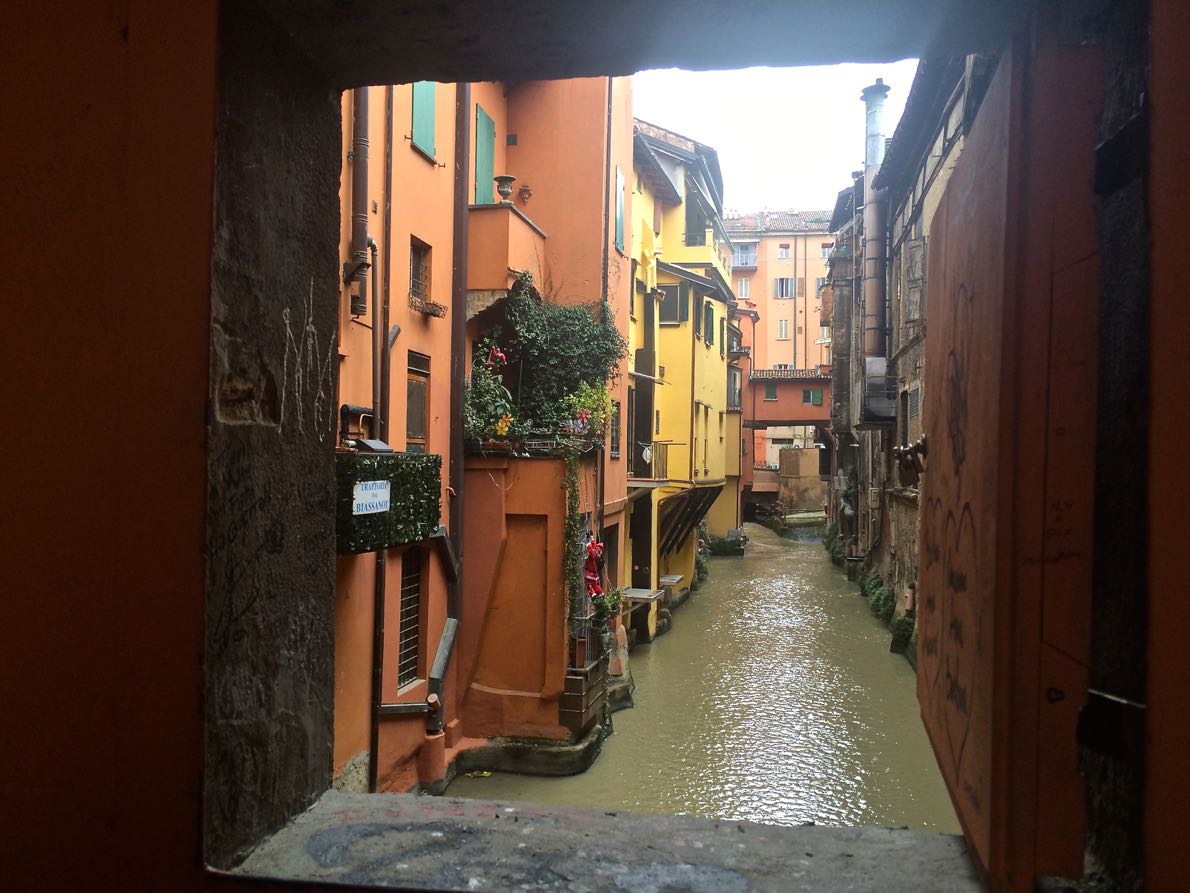 Starting in Bologna I wandered the city’s porticos above its hidden canal ways.

Heading to the cobblestoned Quadrilatero area I paused at its market stalls and shops overflowing with fish and seafood, colourful vegetables, fresh pasta, legs of parma ham, giant wheels of parmesan and even chocolates. Later that evening I had an apperitivo, or appetiser, of cold meats at Tamburini, in Via Caprarie, of mortadella (another locally produced meat), porchetta, salami and coppa di testa – a cut made from a pig’s head, which I was less keen on. But on the whole, especially when teamed with a couple of bottles of Lambrusco, Tamburini’s meats were fantastic.

The next day we headed to Modena, stopping for lunch at Il Calcagnino, a restaurant in a former castle, serving dishes made with local ingredients like a parmesan soufflé, buttoncini – tiny ravioli stuffed with 36 month aged parmesan and served on white onions, and English soup, a colourfully unusual dessert made with bread-soaked Grappa. 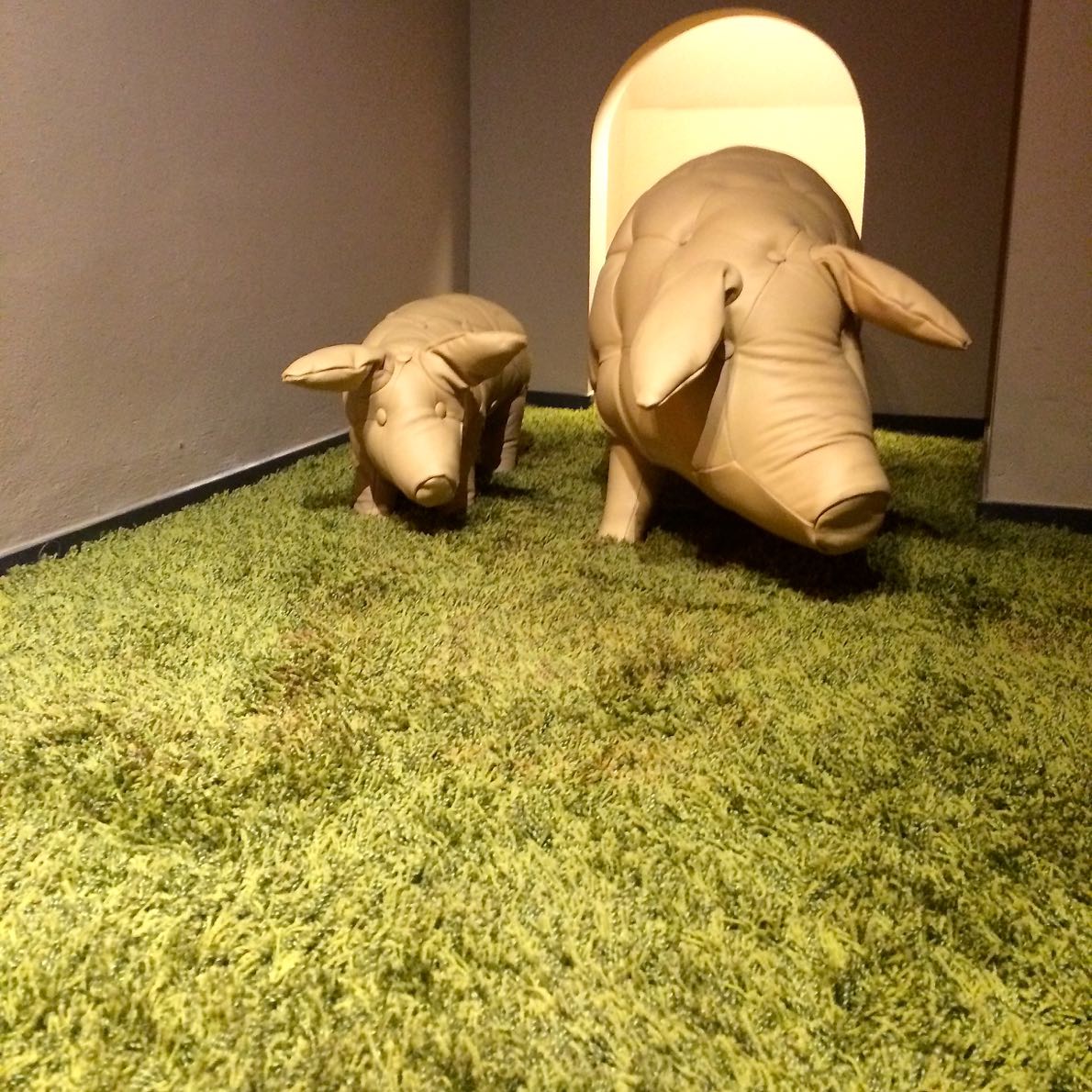 We followed this with a tour of MUSA, the new and fascinating museum of the cold cuts which teaches much about this local craft of cold meat production. And Cafe Cagliari’s beautiful collection of vintage coffee machines.

Dinner that night was a Michelin-starred affair at L’Erbe del Re, where oddly enough my favourite part of the meal was likely the amuse bouche. Not that the rest of the meal wasn’t tasty, even if a little parmesan-heavy (I guess they were working on the basis of if you’ve got it, flaunt it), but the amuse was a cuttlefish burger in a mini black bread roll served with a nocco fritto bread stick. 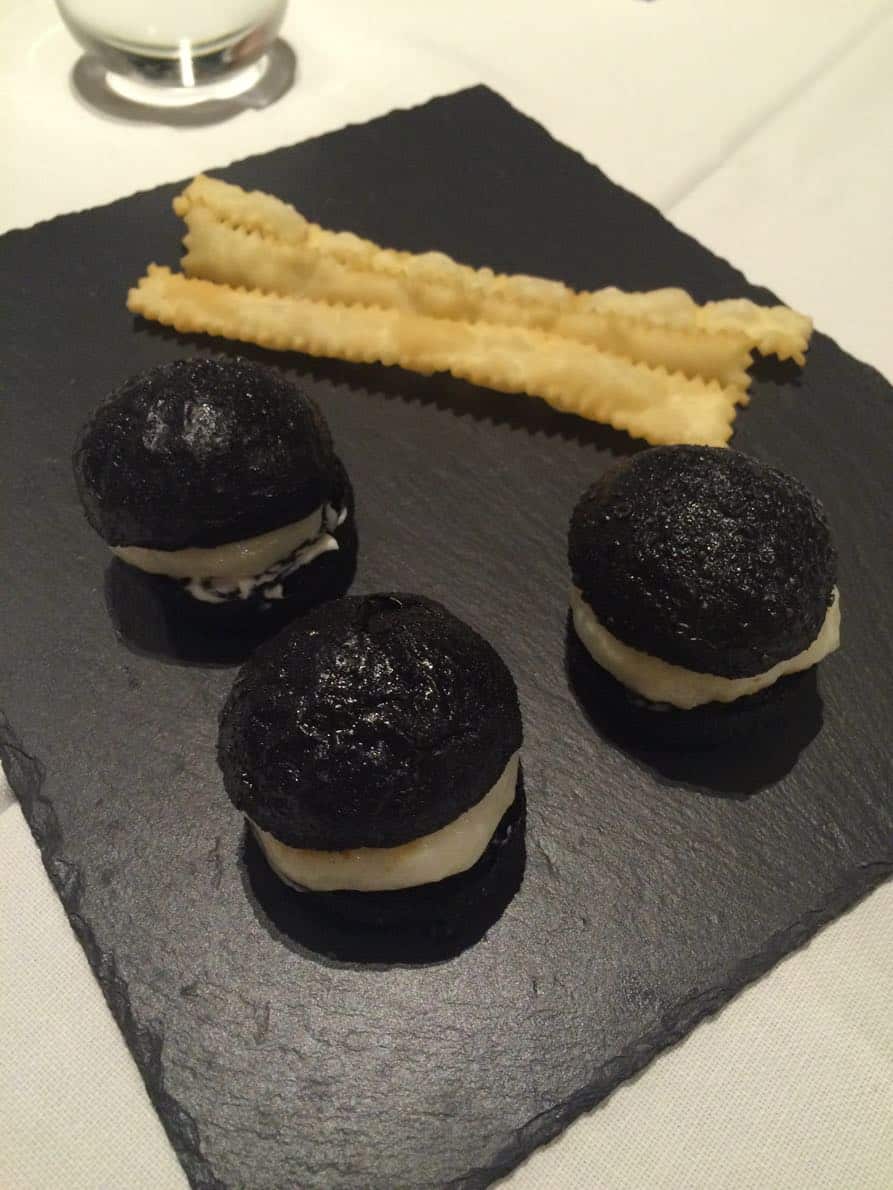 The home of Italian food

Food production is key to life in “Italy’s belly button”, as Emilia Romagna is known. And its producers are responsible for the finest foods that make their way around the world. 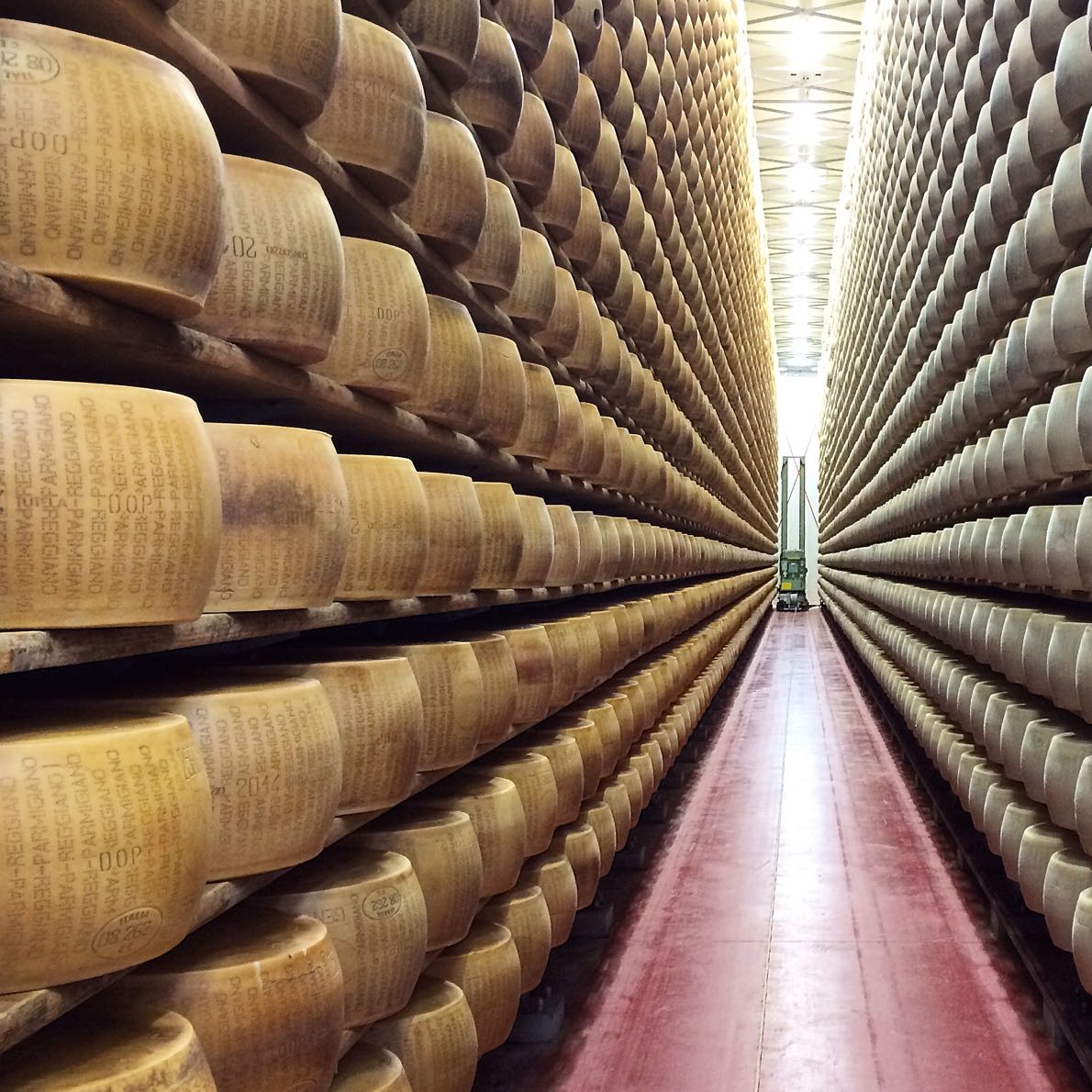 At Caseificio 4 Madonne we discovered how parmesan cheese is made, saw what €20 million of cheese looks like, and were able to sample cheeses from a few weeks to 36 months old – the €5 tour, and especially the tasting, is not to be missed. 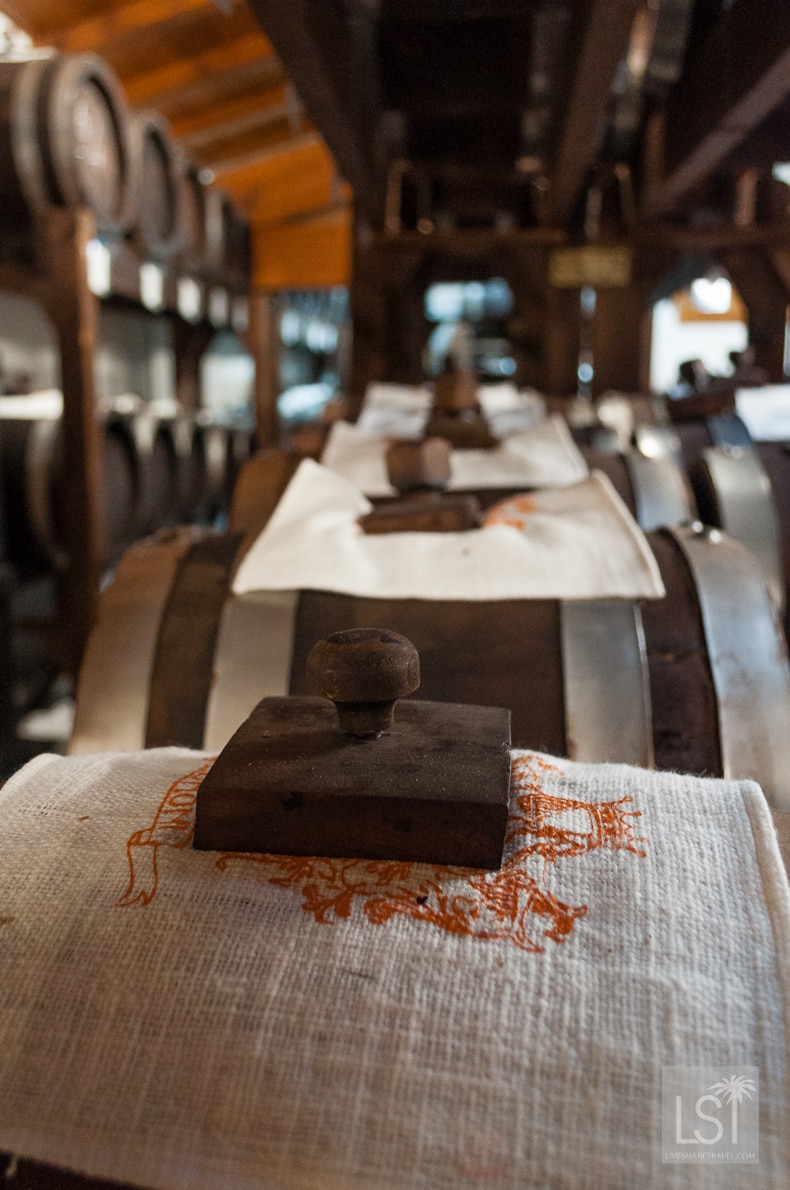 Down the road at Acetaia Pedroni we learned of a family history of balsamic vinegar production going back over 150 years, and just why balsamic is so valued. 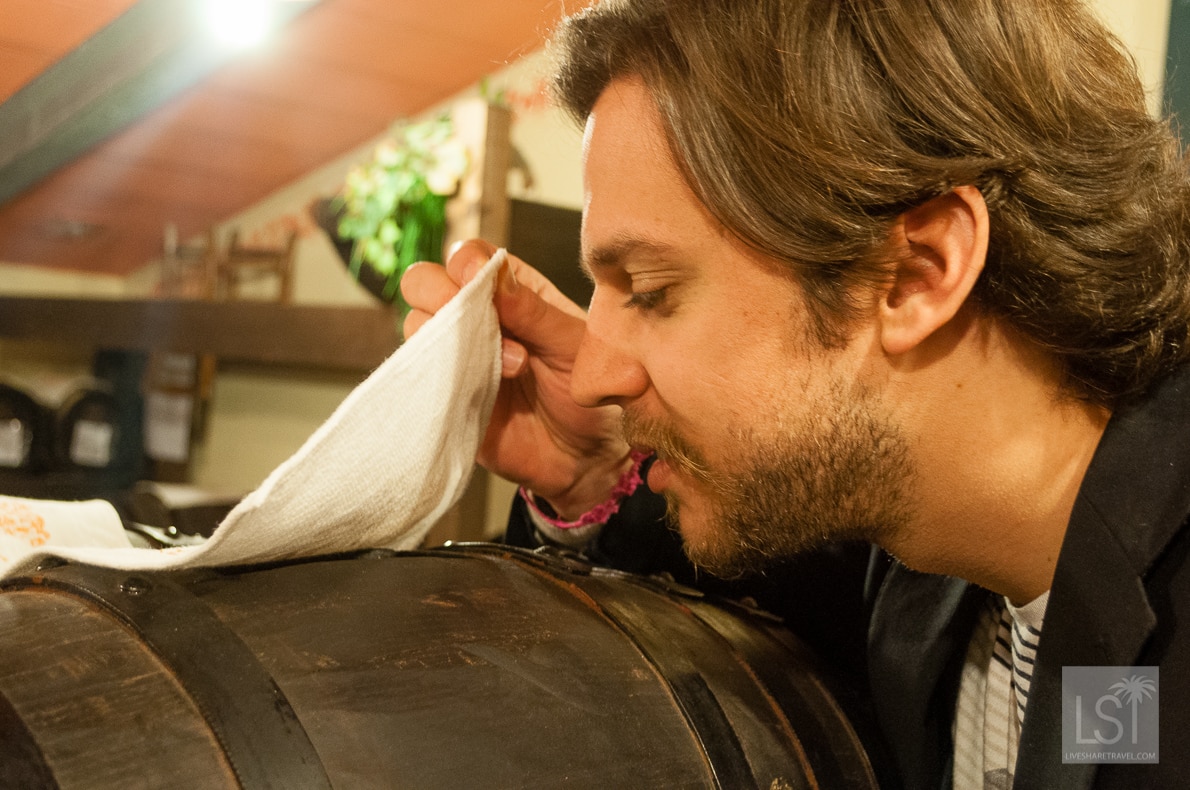 The sweet tasting produce of years of hard work by the Pedroni family enlivened my senses. It’s an expensive accompaniment, a luxury food perhaps, but well worth the investment in a good bottle of vinegar.

But this isn’t just a food region of Italy. Modena has a medieval centre with many fine buildings and some quirky ones too, like the city’s cathedral which is decidedly wonky after years of subsidence. 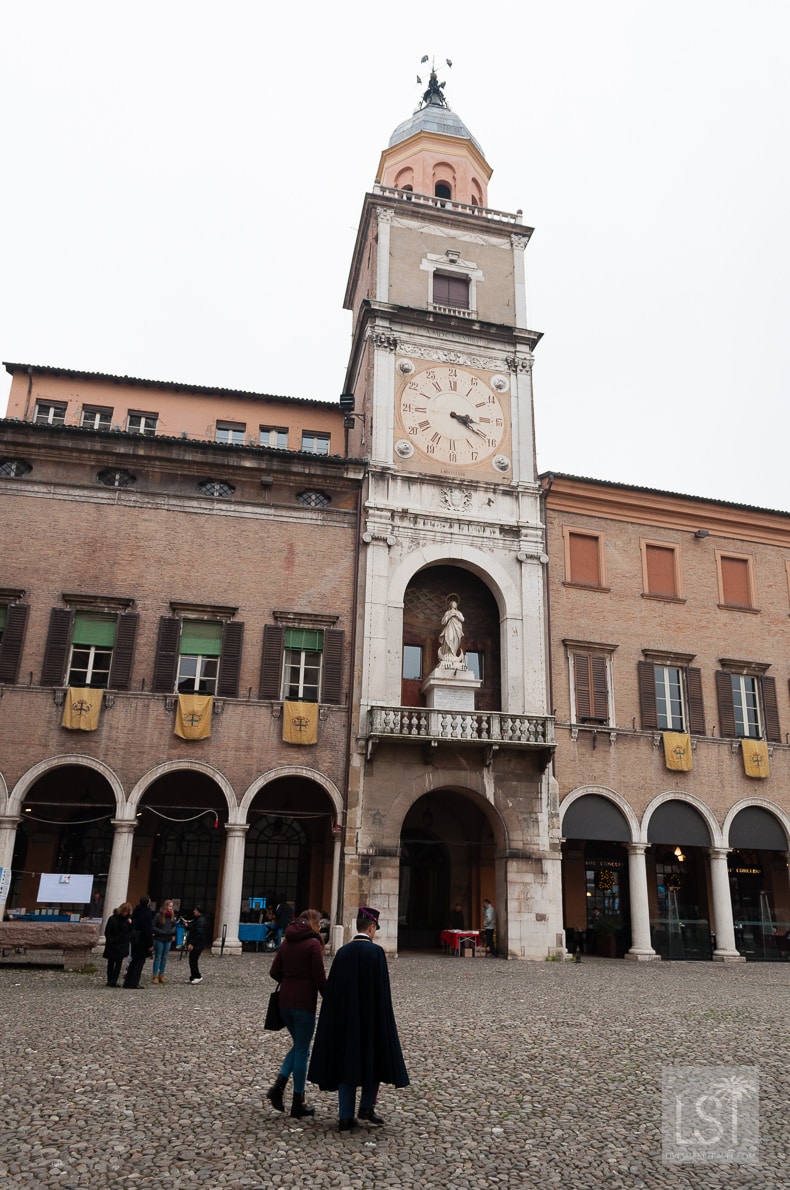 Then there’s culture – Modena was home to tenor Luciano Pavarotti and its Teatro Comunale was his home stage for many years. Attending a performance there was one of the highlights of my trip to Modena.

I travelled to Italy as part of a project created and managed by iambassador, in partnership with Emilia-Romagna Tourism. As always all opinions and food comas are entirely my own.