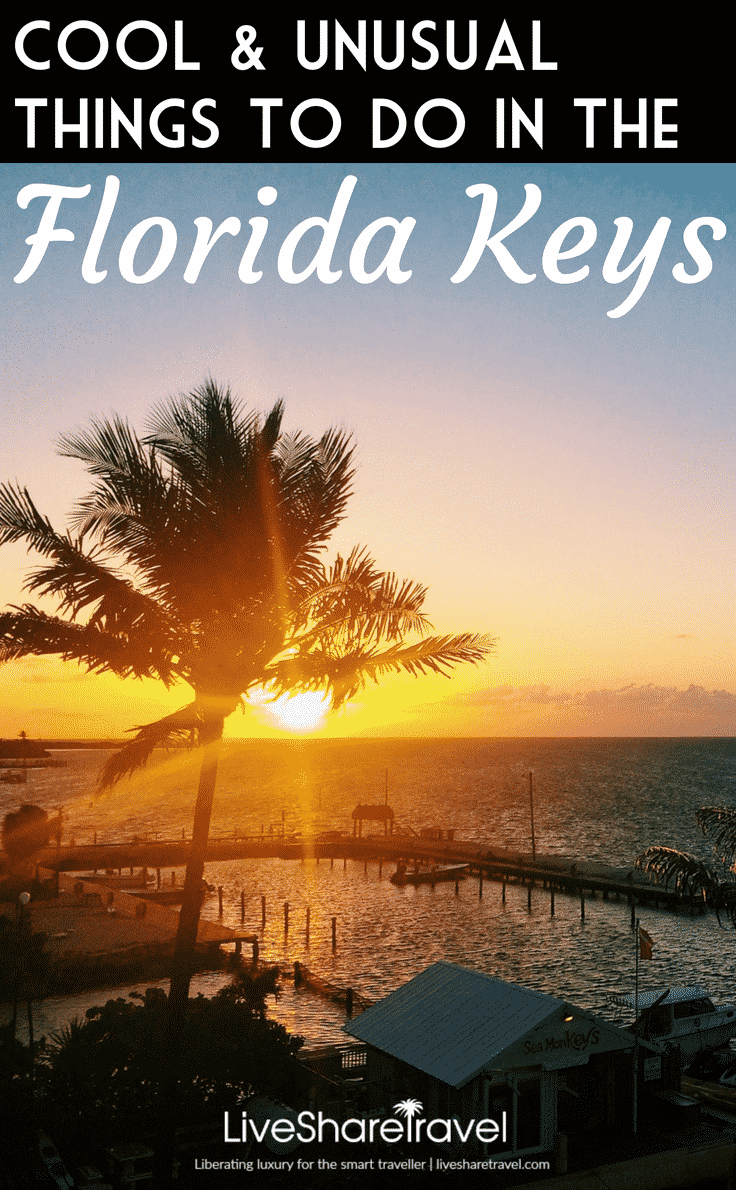 There are some places we go to where we already have preconceived ideas of what we’ll find. Despite there being countless unusual things to do in the Florida Keys and Key West, it remains one of those destinations.

Firstly, there’s the weather in the Florida Keys. The most southerly stretch of the Sunshine State is spoilt with many days of sunny rays. And with the tip of Key West just 90 miles from Cuba, it’s a very tropical climate.

With that, you’d perhaps expect a laid back Caribbean atmosphere. But the Keys delivers this and more. Locals seem to become ever more relaxed the further south you go, while Key West has evolved further with something of a go-it’s-own-way, quirky nature – crowned by the annual, anything-goes Fantasy Fest jamboree. But you don’t have to wait until autumn to enjoy a little of the Keys’ unique culture.

Then there’s the food – with around 1,700 islands of the Florida Keys and mile upon mile of coast, you’d expect the area to have excellent seafood. Not only will you find the freshest lobster, but also conch, a shellfish from which the locals have penned the Keys’ nickname – the Conch Republic. But don’t expect these seafood delicacies to be served in overblown restaurants sporting starched white tablecloths. Harbourside restaurants and sink-your-toes-in-the-sand beach dining is a thing here. 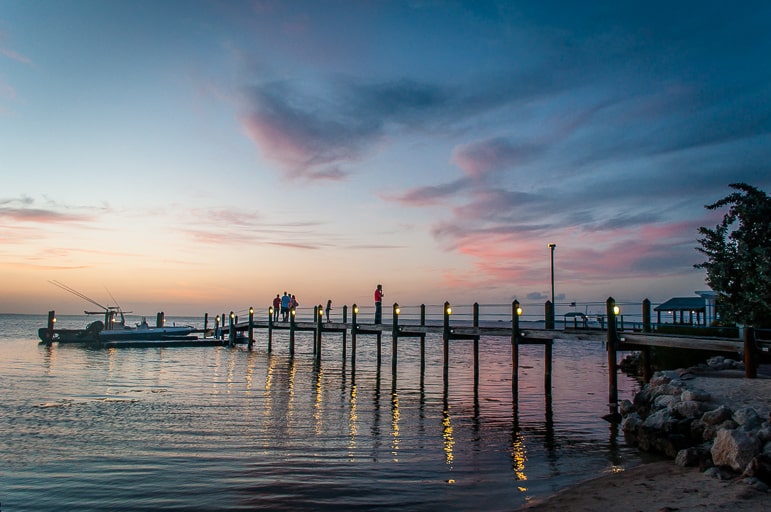 Then there’s key lime pie – if there’s one thing you’d expect to find and, if you’re like me, will consume in huge quantities, it’s this local creation. It comes in ever more varieties, with each venue you visit claiming the crown to the best key lime pie in the Florida Keys. So with some preconceived ideas and expectations met, but with plenty more to discover, I present to you some of the best things to do in the Florida Keys and Key West. 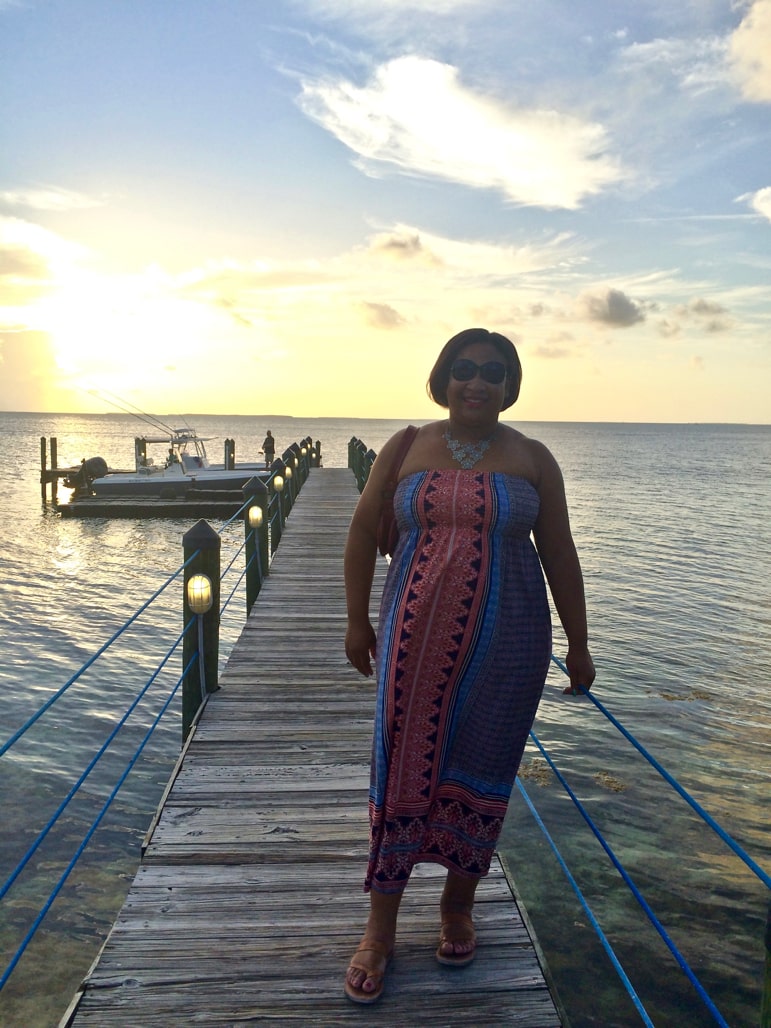 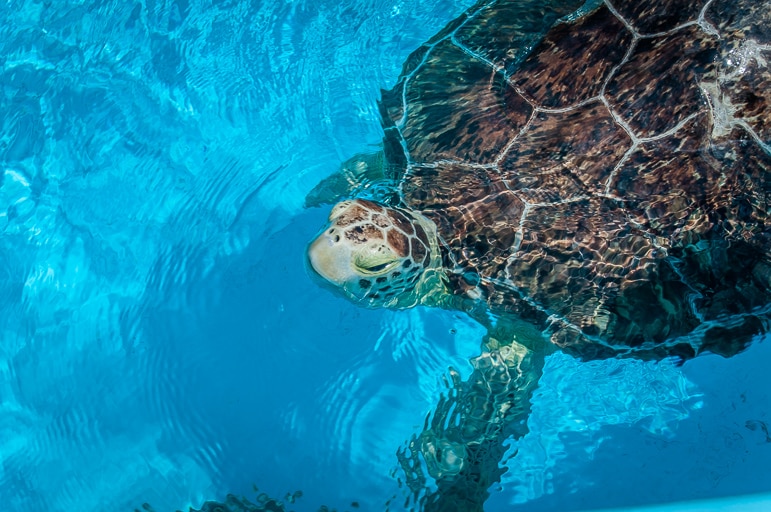 The hospital was set up in 1986 to carry out research and rehabilitation of injured sea turtles, returning many to the sea, or continuing to look after the animals for the rest of their lives. 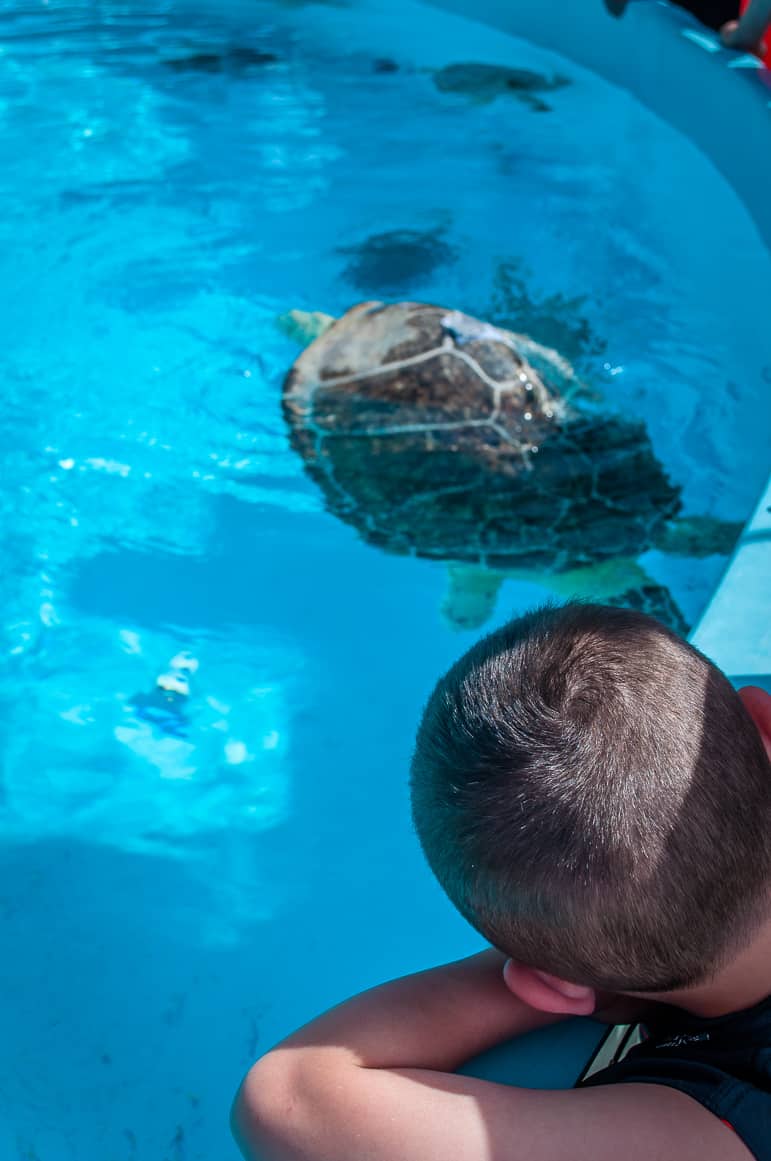 It’s a fantastic centre for conservation and learning – perfect for adults and children.

2. Take to the water on the African Queen 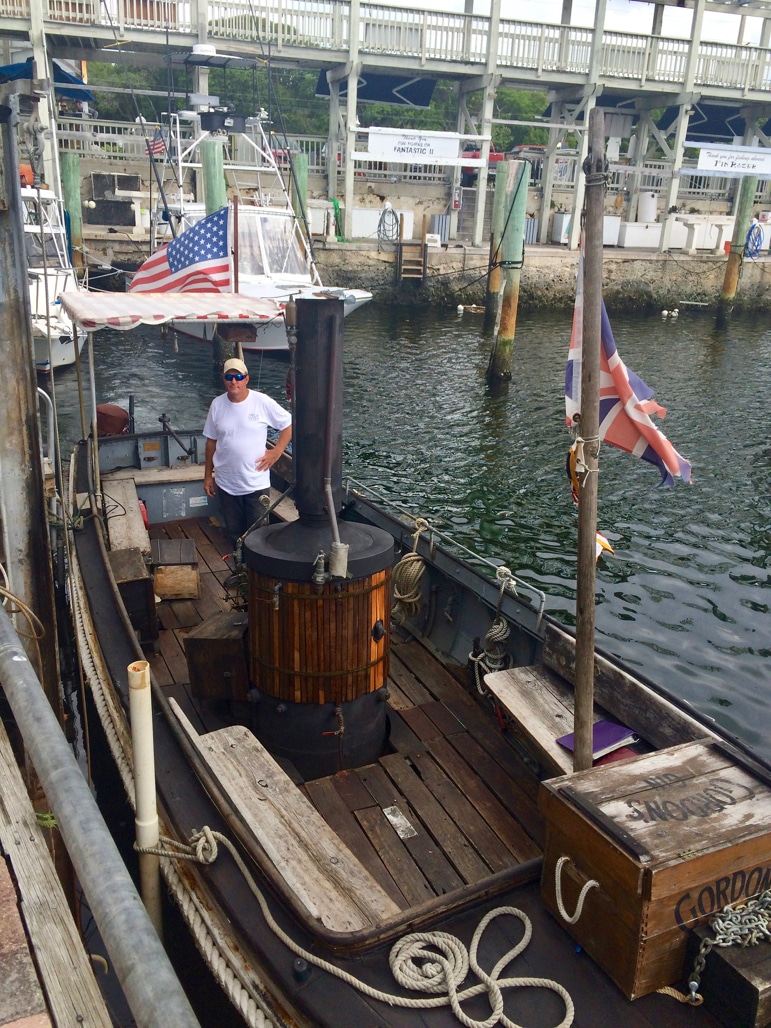 Relive a little movie history aboard the steamboat featured in the classic Hollywood film, The African Queen. The boat used to shuttle cargo, missionaries and hunting parties across the Victoria Nile and Lake Albert. Then in 1951 it was used as the namesake vessel in the Humphrey Bogart and Katharine Hepburn film. 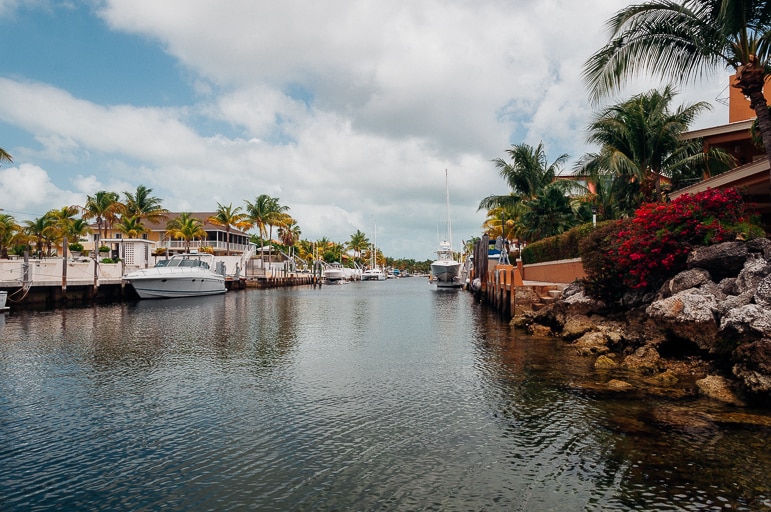 Afterwards, she remained in service in Africa until 1968 when she was brought to the United States working in San Francisco, Oregon and Florida. Now you can take daily cruises on the iconic boat through the canals of Key Largo. 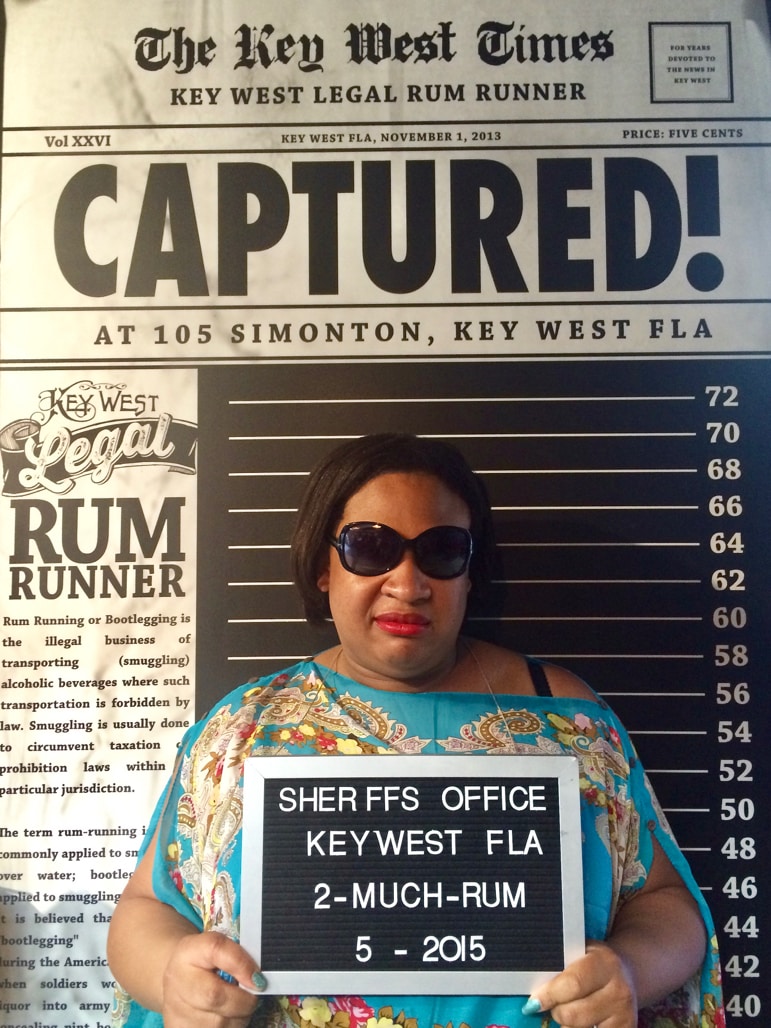 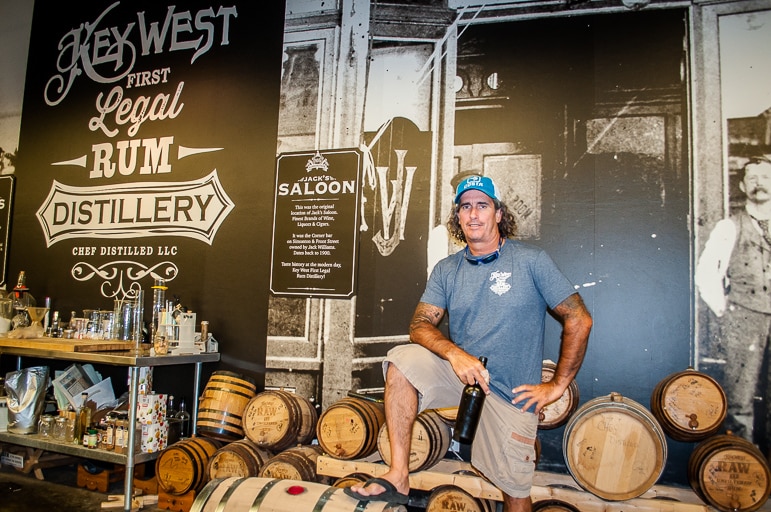 If rum’s too strong for you, it also makes Key West sodas with unique, all natural flavourings like strawberry cream and ginger lime.

4. Get earnest with Hemingway

One of the world’s most popular novelists, Ernest Hemingway enjoyed a golden period while living in Key West. It’s here at the Hemingway home, that he wrote A Farewell To Arms and it’s thought that many of the characters in To Have and Have Not are based on Key Westers he knew at the time. 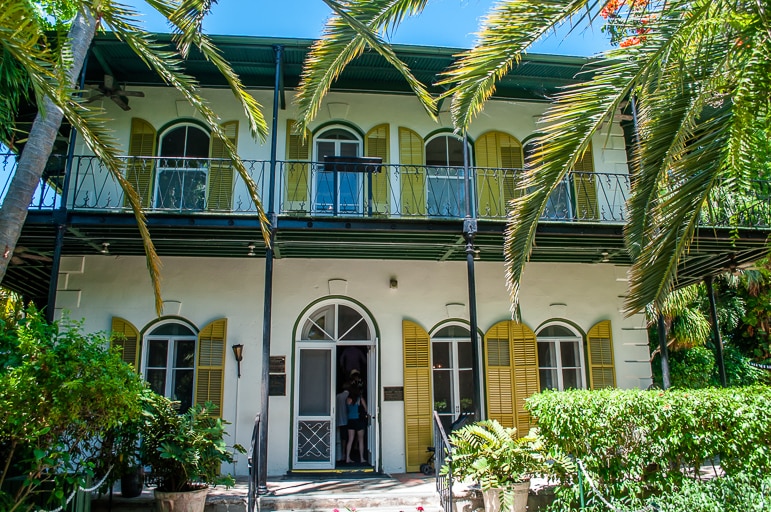 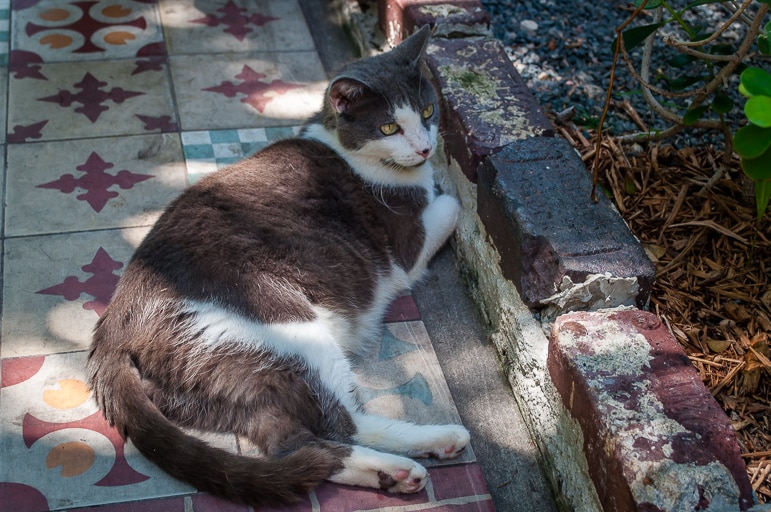 The Spanish colonial style building, now a museum to Hemingway’s craft, is also home to a menagerie of cats. The Hemingways were big cat lovers, nurtured by a white six-toed cat they were given by a ship’s captain. Today 40-50 six-toed cats live in the museum grounds, some thought to be descendants, named Snow White. Hemingway named all of his cats after famous people so you can meet any number of celebrity moggies at the museum. 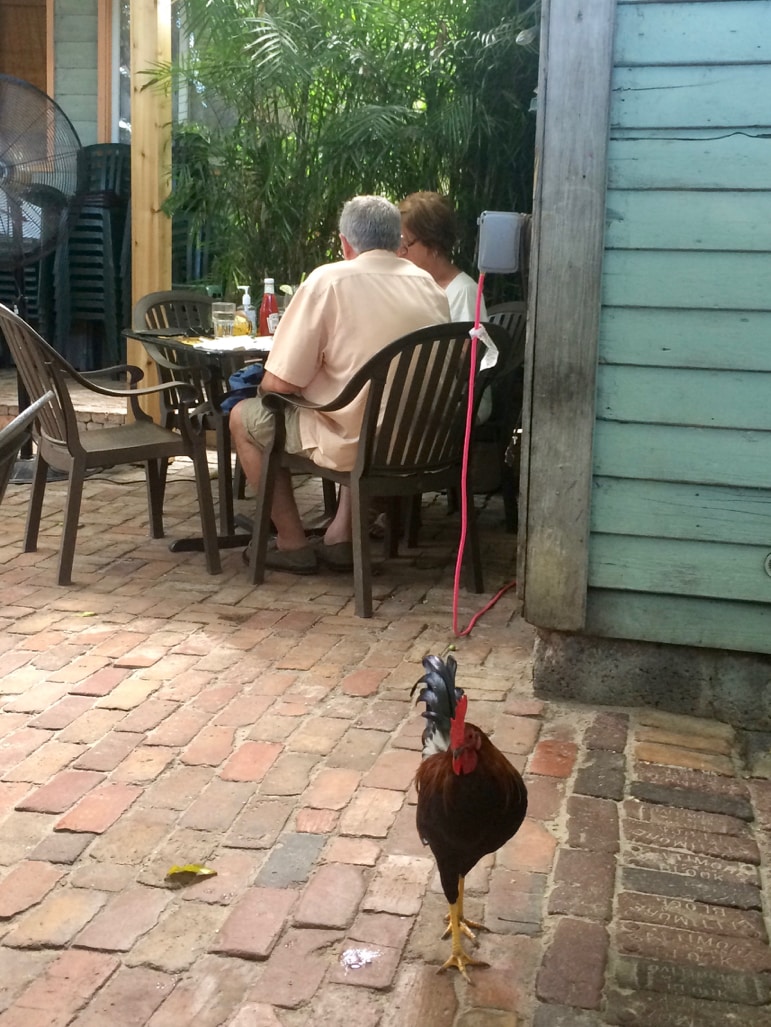 The Florida Keys is home to a fantastic range of wildlife, on land and at sea. There are exotic birds, flamingos, butterflies, dolphins, and even the opportunity to feed giant tarpon – not to mention the six-toed cats of Hemingway house and museum. But Key West has some other amusing locals in a breed of wild chickens that roam its streets, running across the road in small pecky packs. I liked this quote about the feral fowl, that they seem the perfect metaphor for Key West – historic, colorful, sort of wild, a little noisy and occasionally annoying. 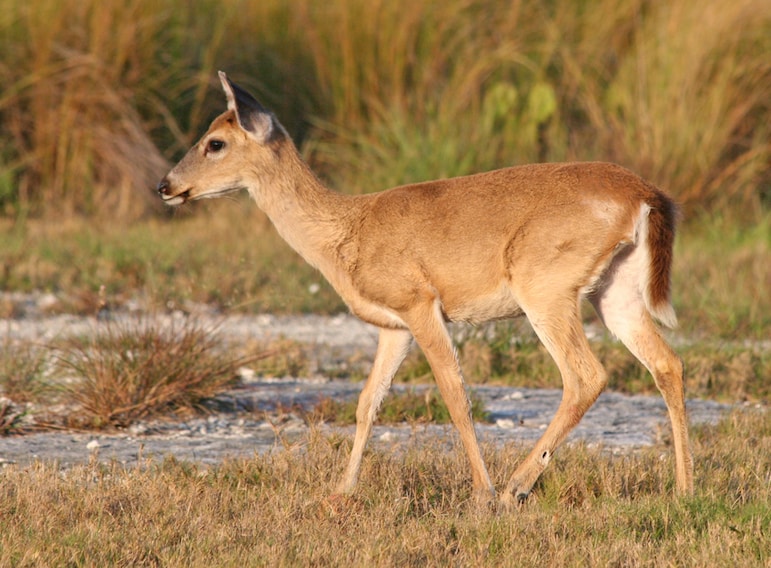 Another unusual breed you should try to spot – though it isn’t difficult as they roam residential streets is Key deer. Put spotting the deer on your list of things to do in the Florida Keys because they are an endangered species only found on the islands.

The fearless animals can be spotted feeding on grass verges and are very friendly. Also, Key deer are known to swim between the islands of the Florida Keys, which has to be worth seeing.

When I first heard about the Mallory Square Sunset Celebration I thought we’d arrived in Key West just in time for a special annual event. But it’s far better than that. It seems the people of the Conch Republic love a good sunset and sun-kissed Key West has a perfectly colourful ending to each day.

It’s not just the sunset either – the orange-pink painted sky that hangs over the Atlantic Ocean is a perfect backdrop to the colourful action on land. Mallory Square is the heart of Key West and each evening an array of street performers, jugglers, musicians and more line the promenade to entertain the masses – it’s one of the most colourful Florida Keys tourist attractions.

7. Go to the ends of the Earth 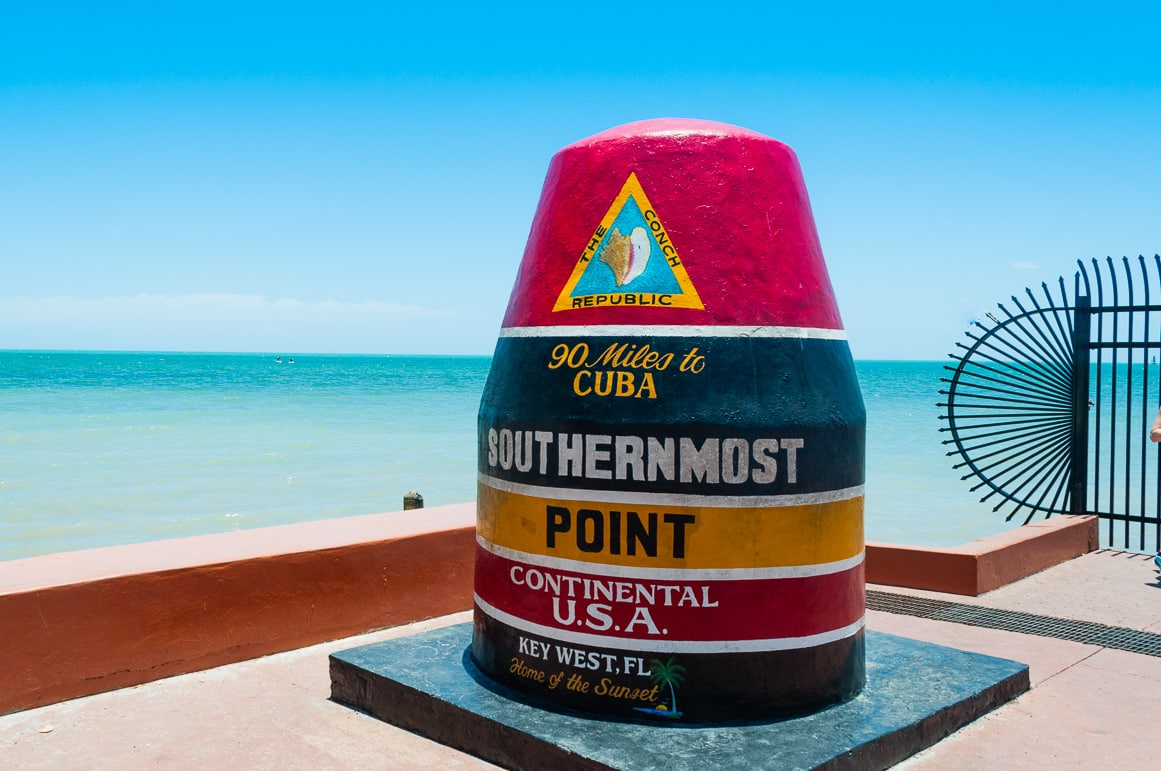 Well, it’s not quite the end of the Earth, but I always love places that are geographical extremes. And at the very tip of Key West, you’ll find yourself at the most southerly point in the continental United States.

It’s a place to feel the sea breeze in your hair as you look wistfully across the ocean towards Cuba and beyond.

8. Have a drink at Sloppy Joe’s Key West 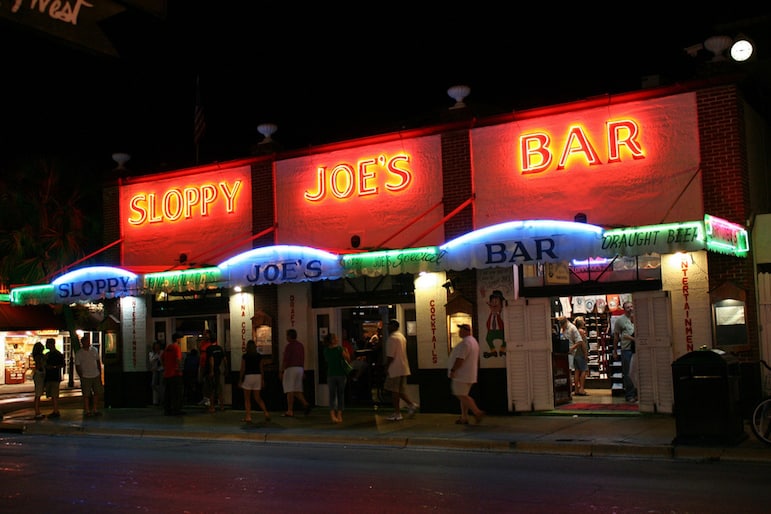 Sloppy Joe’s is an iconic bar founded in 1933, although it moved to its present location in 1937. Among its most famous patrons were the novelist Ernest Hemingway and the infamous rum runner Habana Joe. Such is the bar’s status that it is also referenced in Orson Welles’ classic film, Citizen Kane.

Key West sees itself as a distinctive location and has a reputation for quirkiness. Locals even once declared Key West as a republic, seceded from and declared war on the rest of the USA. And at Sloppy Joe’s Key West you’ll find the embodiment of the area’s culture. Incidentally, one minute after declaring independence the Key Westers surrendered and demanded $1 billion in compensation. Yes, they’re an amusing bunch!

If you’re planning a trip to the Florida Keys it’s well worth heading there in autumn for the annual Fantasy Fest Key West held this year from October19-28. It’s a 10-day no-holds-barred street party for fun-loving grown-ups. 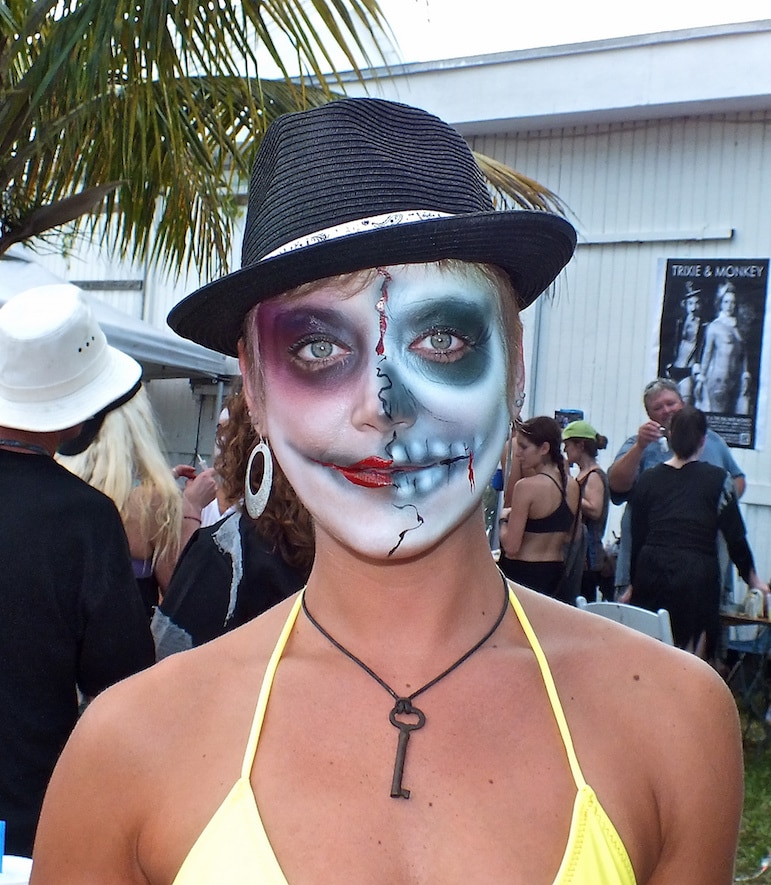 Beyond the expected drinking and dancing, the streets are filled with parades, serious costumes (or a lack of clothes altogether), plus body painting and you’ll find there are very few inhibitions there.

The No Name Pub is not somewhere to be forgotten. It started out in the 193o’s as a general store, then a tackle and bait shop and even hosted a brothel. However, since the 1940’s it has been a pub and eatery.

I was fascinated by the place and loved that its walls and ceiling are plastered with dollar bills – it made for unusual decor. 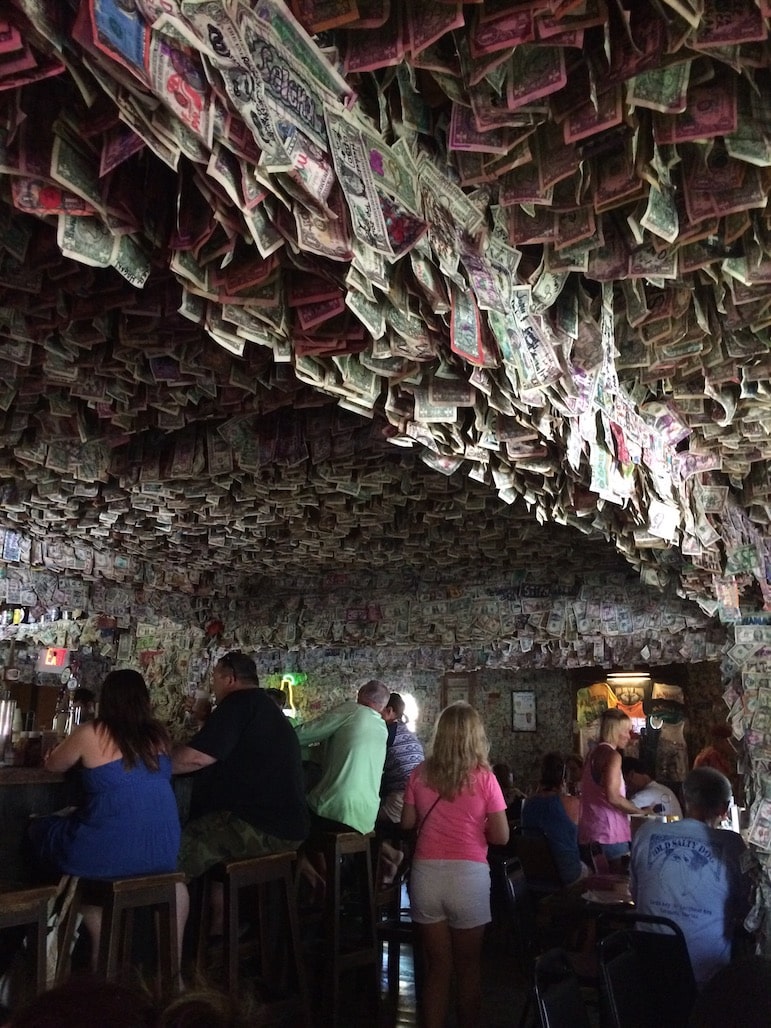 Holidays to Florida Keys – how to get there

Flights from the UK

For those taking holidays to Florida Keys, you have plenty of choice of airports for flights departing the UK (driving distances below take you to Key Largo in the north of the island chain – note that Key West is still another two hours drive from there):

Where to stay in The Florida Keys and Key West 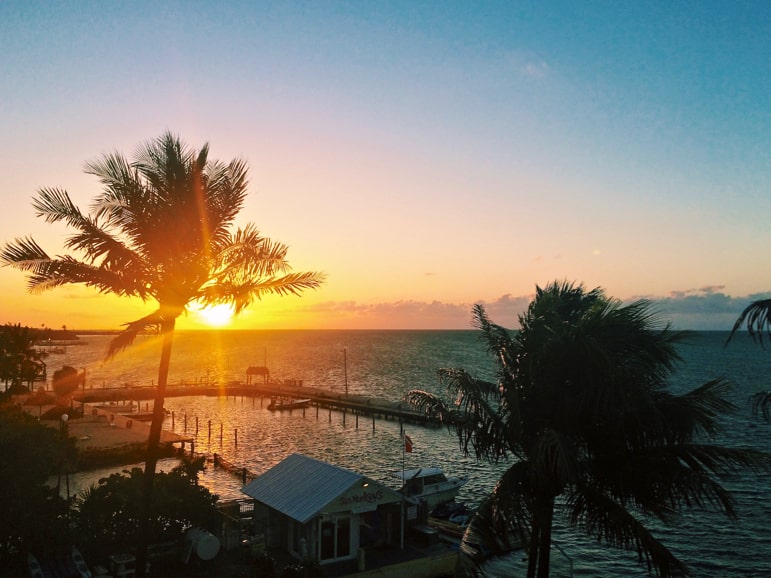 The sun rises in the east and so an Atlantic Ocean facing room at the Amara Cay Resort, in Islamorada, is destined to impress. By day there’s watersports or just beach lounging to be had at this “barefoot elegance” resort. With a good restaurant (where I enjoyed my first taste of conch) and spacious accommodation, it has a great location at the heart of the Keys. 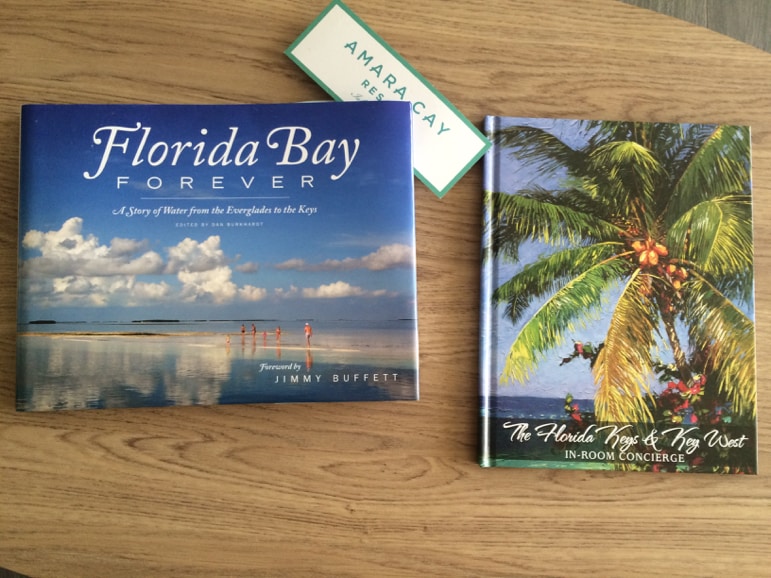 Enjoy plenty of chic at the boutique The Gates Hotel in Key West. A completely modernised and transformed former motel (the only sign of its past being the layout of the rows of accommodation set around the pool). But once in your room you’ll find a soothing mix of blue hues and sand colours, as well as extras like a coffee machine and a tablet to help you discover the local area. The hotel also has its own signature rum created by Key West Legal Rum Distillery. 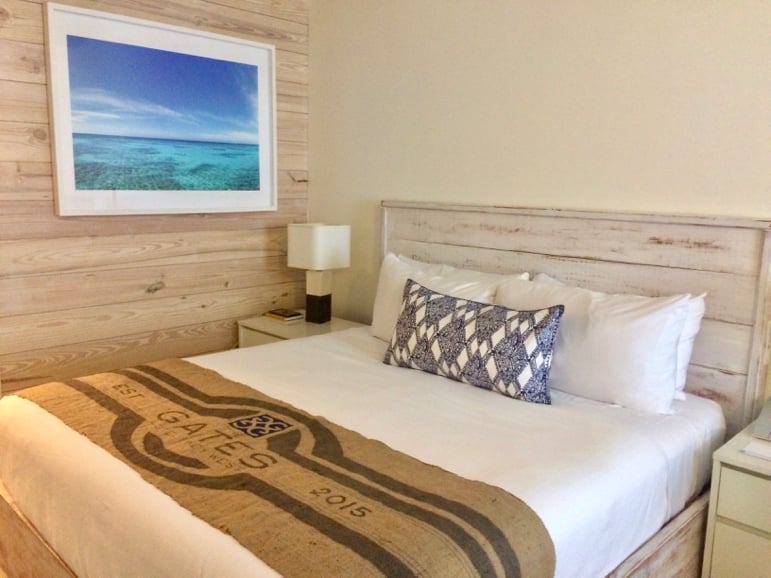 Map of the Florida Keys – our favourite places to visit

Discover more about the Florida Keys and other destinations set on US Route 1 in the DriveUS1 road trip – read the stories and see videos and more here. 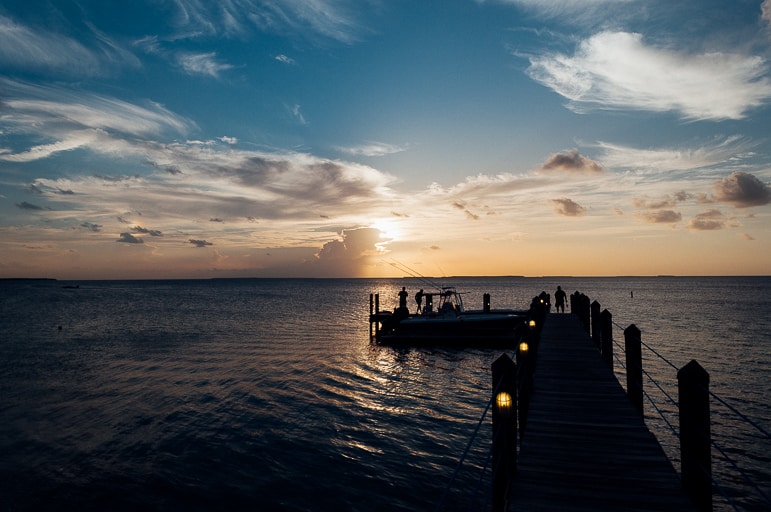