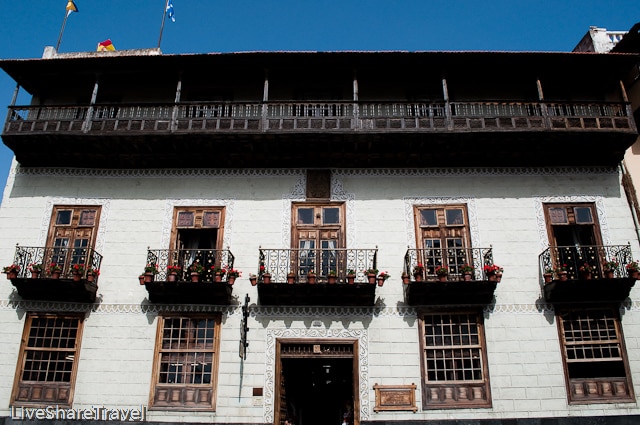 La Orotava, Tenerife may not be upper most in your mind when making holiday plans, but this northern delight in Tenerife should not be missed.

Tenerife is oft dismissed as a purely sun, sea and sand destination but the island has enough culture and history to keep even the keenest culture vulture happy.

I’m not talking about locations that pull in the tourist hordes like Mount Teide, or even the lesser known former capital of La Laguna, both, quite rightly, UNESCO World Heritage Sites. On my most recent trip to the island I was interested in less obvious, but more time-honoured Canarian towns which have remained true to their traditions over the centuries.

So, I set out from my apartment at Club Casablanca in Puerto de la Cruz to discover two of the finest towns in the north of Tenerife – La Orotava and Garachico.

Taking my lead from Real Tenerife Island Drives I followed the Autopista del Norte towards capital Santa Cruz I took the first exit to La Orotava, just ten minutes drive away in the foothills of Mount Teide.

Spain’s largest peak keeps careful watch over this noble slice of Tenerife. It’s probably fair to say that Mount Teide’s nutrient rich lava flows have blessed La Orotava as it is one of five wine-producing regions on the island and has been central to the town’s development.

I’d heard La Orotava was the most traditionally Canarian town and had wanted to visit it for some time, though had to admit, I wasn’t entirely sure what ‘Canarian’ actually meant until I’d visited Puerto de la Cruz and discovered buildings adorned with intricately decorated wooden balconies and proud churches towering over squares lined with palms and Drago trees. 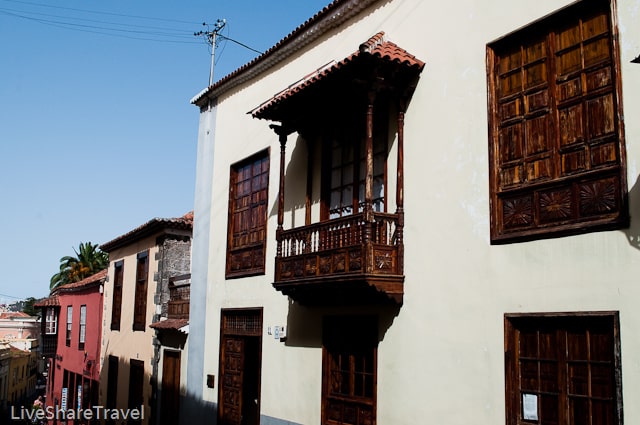 Arriving in La Orotava I was able to park in the street that looks down on the beautiful Casas de los Balcones, or House of the Balconies, a 17th century building renowned for its classical wooden balconies. Best of all Casa de los Balcones was just one of a number of former townhouses with these dark wooden structures perched on the side of buildings like sophisticated swallows’ nests.

And, if you’ll pardon the pun, visitors flocked to see them – the town buzzing with touristy chatter, ‘oohs’, and ‘aahs’ about La Orotava’s finery. But the town was in no way over-run with visitors, after all the sheer elegance of Tenerife’s northern delights appeal to more discerning visitors in search of historic finds and cultural dalliances. 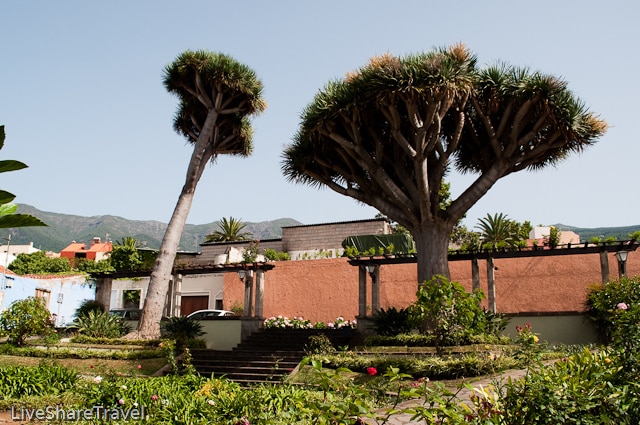 Passing the old stone entrance to the Hospital de la Santisima Trinidad I cheekily wandered through to discover a small patio where I was able to stand in isolation and soak up the views over La Orotava Valley – a healthy rash of green – banana plantations, fields and palm trees – spreading out before me towards Puerto de la Cruz and the bright blue of the Atlantic beyond. It was the kind of view the north of the island is made for – its verdant valleys putting the south’s yellow-brown summer scrub into the shade.

Setting off through the cobbled streets of La Orotava I felt like I was walking through history, treading the same paths as Tenerife’s earliest inhabitants the Guanches right the way through to La Orotava’s 18th century gentry who lived in its elegant houses, wandered its picturesque plazas and worshipped amid the grandeur of its churches. 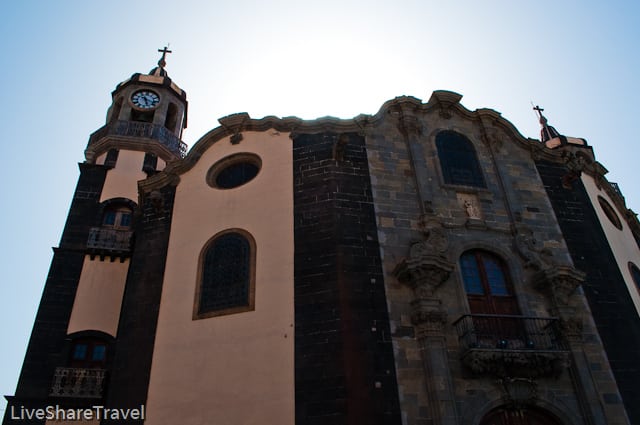 The town’s main church, Iglesia de la Concepcion is not to be missed for the awesome idols that peer down from its main altar and divine stained glass windows that send multicoloured chinks of light dancing across the room. La Orotava, like any sizeable Spanish town, has many churches but this one stood out for me, not least because of its pink candy-striped dome looming large over the town.

Feeling hungry I stopped for lunch at Sabor Canario, or Taste of the Canaries, where the food is wholesome and the setting rustic. Forget the international menus of Tenerife’s tourist resorts and fancy notions of tapas and pintxos, Sabor Canario offers up truly Canarian dishes like gofio with honey and almonds, papas arrugadas and fish with mojo sauce, followed by bienmesabe and ice cream – and the food was delicious.

Finishing my meal I took a steady walk back up to my car – being in the foothills of Mount Teide La Orotava is a hilly town with some seriously steep gradients, but I ignored the dull ache in my calves – it was more than worth it for La Orotava’s views and my encounter with one of the island’s most historic towns.

Explore more of Tenerife’s northern delights in the town of Garachico.