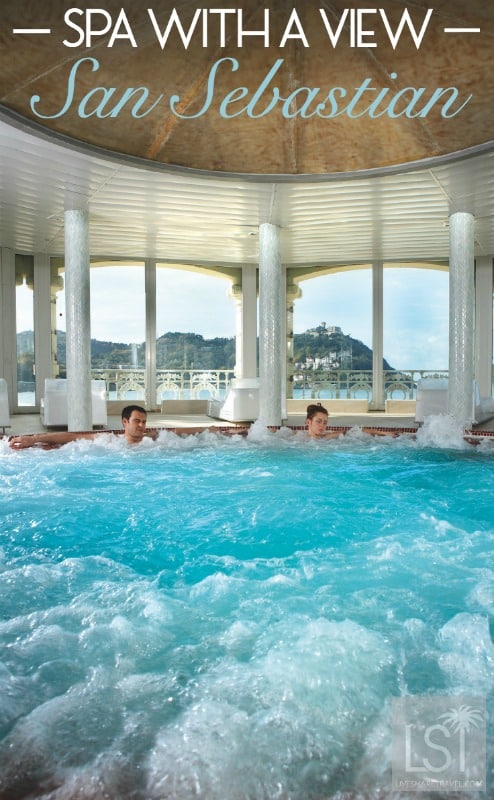 When did you last go to a spa and leave feeling like you’d had more than just a relaxing experience? It’s reasonably rare to find a spa with a heritage. Many spas are spectacular, but many offering the same branded treatments and therapies they can become rather identikit. Not so at La Perla Spa in San Sebastián.

This spa in Spain’s European Capital of Culture for 2016 has more than 100 years of history.

In fact, it feels a strong part of San Sebastián’s culture.

La Perla Thalassotherapy Centre has been ensuring the well-being of well-healed San Sebbers since 1912.

Amid Belle Époque surroundings spa-goers bathe in the same way they have here since La Perla opened its doors.

Established by Spain’s Queen Maria Cristina at the royal summer-house in San Sebastián, La Perla Spa was built, and then rebuilt in 1912, right on La Concha beach. The beach was awarded with the title of Royal Beach after it became a popular hangout with the queen and Spain’s aristocracy.

At the time, sea bathing was highly regarded and thought to be of excellent benefit to health and well-being. But being the aristocratic classes, they preferred to have their seawater brought to them, rather than rush headlong into the Atlantic. So they headed to the spa to bathe in water straight from the ocean.

It was described as the most beautiful spa in the world and even now, La Perla Spa still uses sea water in its hydrotherapy pools and is regarded as the best thalassotherapy urban spa in Europe.

Heading into the first pool I noted a number of stations in the water where you could be massaged by powerful jets of water, set at different heights to focus on various areas of the body. There were jets for the neck and shoulders, lumbar area, knees and even ankles which I found surprisingly enjoyable. So much so I did the circuit twice.

I then headed downstairs to another large pool where bubbles again pummelled my back and legs. Then I ventured into the very relaxing Jacuzzi with a panoramic view right over the sea.

I could have spent hours there just taking in the large sweep of La Concha. 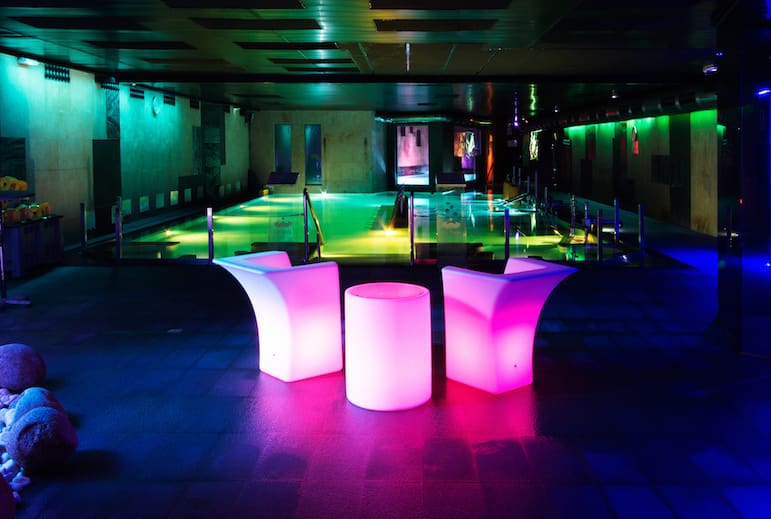 But instead I followed the crowd (most of the signs in the spa are in Castilian/Basque so this seemed the better option to my school Spanish) and headed downstairs to find an entire underground spa area. 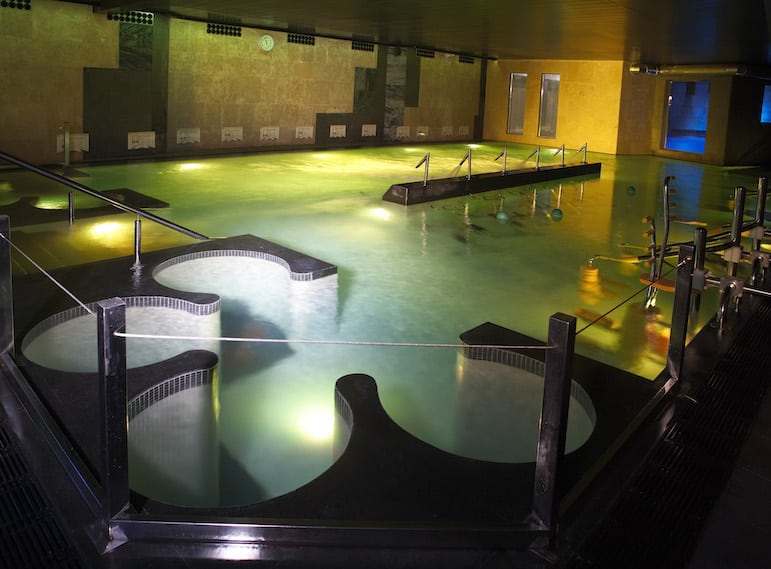 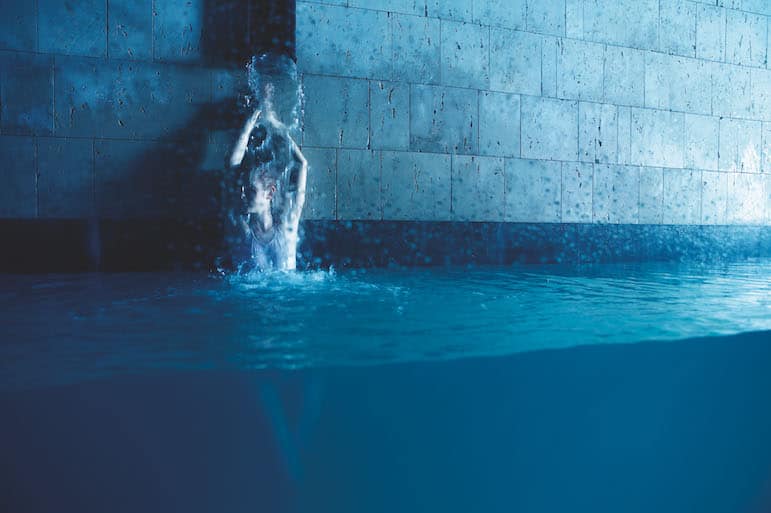 It was filled with different pools including an ice-cold plunge pool, and another with all manner of gym equipment in it. Yes, I’d found the underwater gym. Having never used one before I thought it would be fun to try it out – for a while at least. It was good, even if unusual, with a host of pulleys, weights and floats adding a challenge to my watery weightlessness on bikes, running and rowing machines.

It was quite fun, but before I exhausted myself entirely I gave it up, and headed for the sauna and steam rooms, then to the secluded comfort of a water-bed in the darkened relaxation room to completely chill out before my three-hour session came to an end.

After my relaxation, and to wake myself up a little, I stepped out into the cooling air of the patio facing onto La Concha, which faces onto an Atlantic breeze.

There was something about its setting, the grandeur of this hallowed hall of wellness that made La Perla a perfect place to while away an afternoon. And as one of San Sebastián’s many cultured corners it’s a place to renew yourself while enjoying a little of the city’s heritage.

La Perla Spa also has a popular restaurant, looking out over the same sea view, but of course, this European Capital of Culture also has some of Spain’s best food, so options for a post-spa dinner are plentiful. 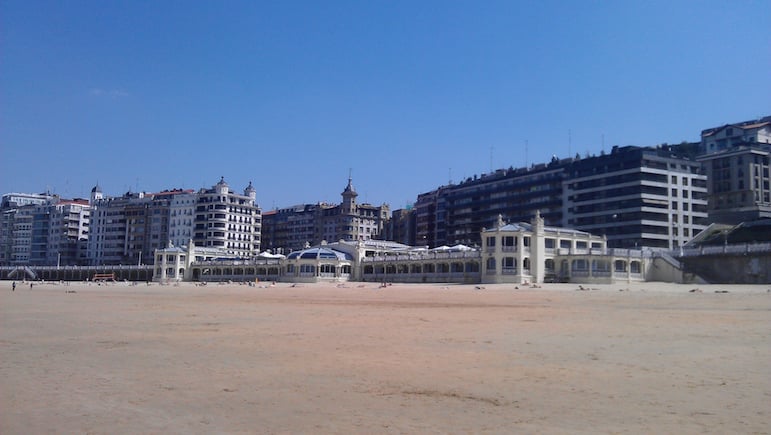 I visited San Sebastián to discover this European Capital of Culture on a trip with San Sebastián Tourism and Spanish Tourism. All thoughts, and seaside karma are entirely my own.

Beaujolais Nouveau Day: how to visit and enjoy the fruits of this French wine region
Places to go in San Francisco and where to stay in The City by the Bay