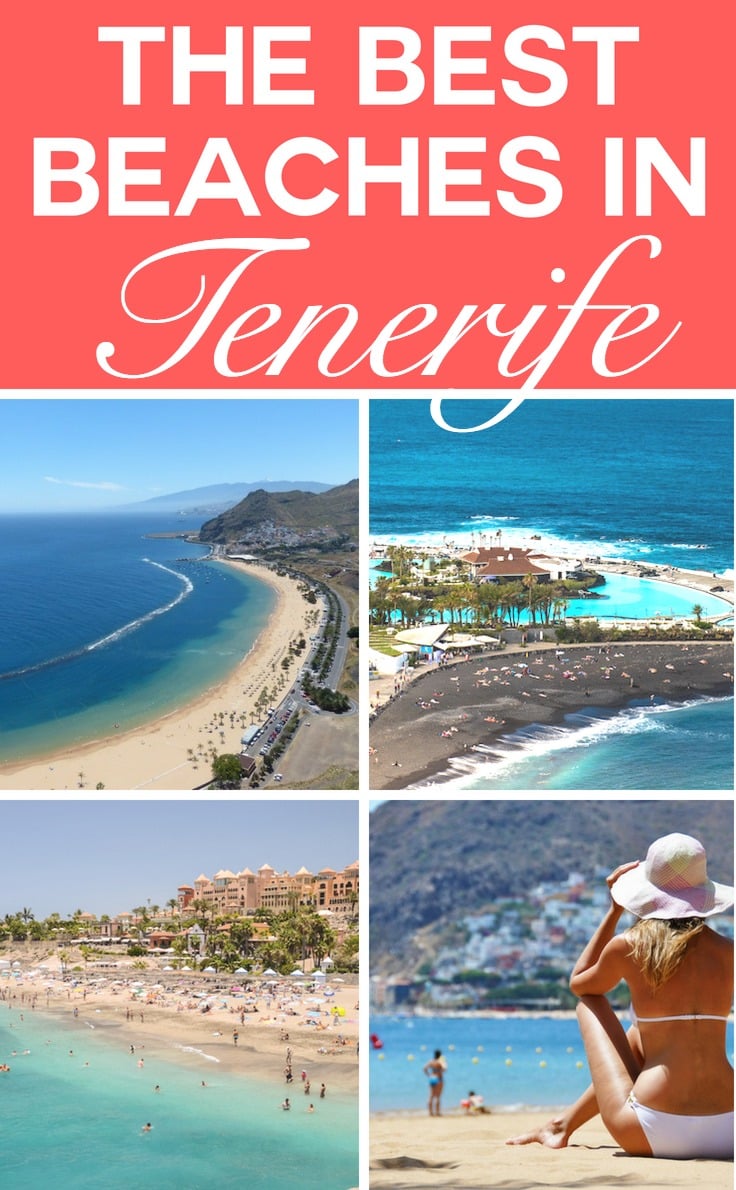 Tenerife is famed for its year-round sunshine and volcanic heart. But did you know there are also has a number of great beaches and upscale beach clubs in Tenerife where you can soak up the sun and the atmosphere? The island of Eternal Spring, as Tenerife is known, has year-round sunshine and more than 50 beaches on which to enjoy the Saharan breeze that cools the heat from the Canary Islands’ unending sunshine. Most sources would have you believe that the best beaches in Tenerife lie in the island’s sizzling south coast resorts of Los Cristianos and Playa de las Americas.

But don’t dismiss Tenerife’s green north as you’ll find some divine coastline in and around its capital Santa Cruz, it’s main northern resort of Puerto de la Cruz as well as towns like Garachico.

Southern beaches may be well known but whether you head north or south there are beaches to satisfy all tastes, and with a host of cool beach clubs in Tenerife offering up an exclusive environment in which to chill at the coast, the island has plenty for luxury travellers.

Beachside beats spun by DJs, cabanas and terraces with relaxing sun loungers, as well as tasty meals and your favourite cocktails, Tenerife’s beach clubs have plenty to offer sunseekers.

We’ll take you through some of the finest beaches in Tenerife, followed by a selection of the most stylish beach clubs for you to lounge in or click the link to jump right to it.

The best beaches in Tenerife

Let’s start with a selection of under-appreciated but beautiful beaches in Tenerife’s north.

Playa Jardin is arguably one of the best beaches on Tenerife’s north coast and the most popular in Puerto de la Cruz. At one kilometre long, this enticing stretch of fine black sand (don’t forget Tenerife is a volcanic island so the only naturally occurring sand is black) is set against a backdrop of fabulous tropical gardens. 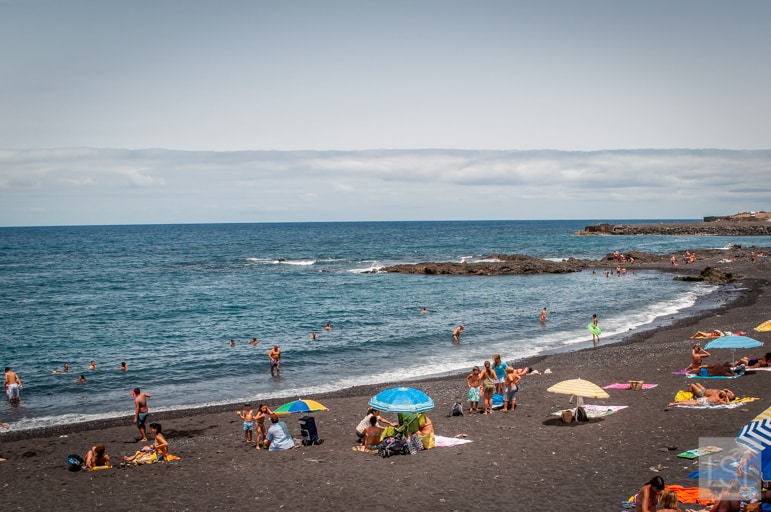 It is backed by a landscape of vibrant colourful flowers and plants, charming stone walls and water features which make up the designer garden. This all makes for a delightful environment, which you stroll through to get down to the beach.

Once at the beach at Playa Jardin, you’ll find sunbeds and umbrellas for hire as well as cafés, changing rooms, and showers.

Playa Martiánez may not be the largest in the island’s second city of Puerto de la Cruz, but it’s one of the closest sandy beaches to the city centre. The sea here can be a bit choppy and so is popular with surfers.

If you fancy a change of scenery Playa Martiánez is also very close to Lago Martianez. The town’s excellent lido was designed by the Canary Island’s renowned artist and architect, César Manrique.

The lido has palms trees, sunbathing areas, natural saltwater pools, an array of tropical plants and landscaped gardens as well as good bars and cafés.

A popular beach with the locals is in the charming 15th-century town of Garachico. Playa del Muelle is a bay sheltered by rocks next to the town’s harbour and is a short walk from its outstanding natural rock pools. Again the sand is black, but the water was calm. 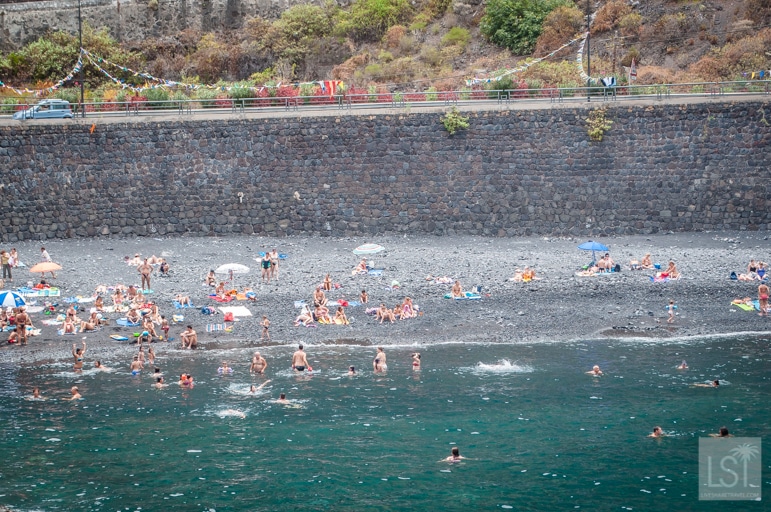 Here children joyfully leap from walls and rocks into the Atlantic depths below. 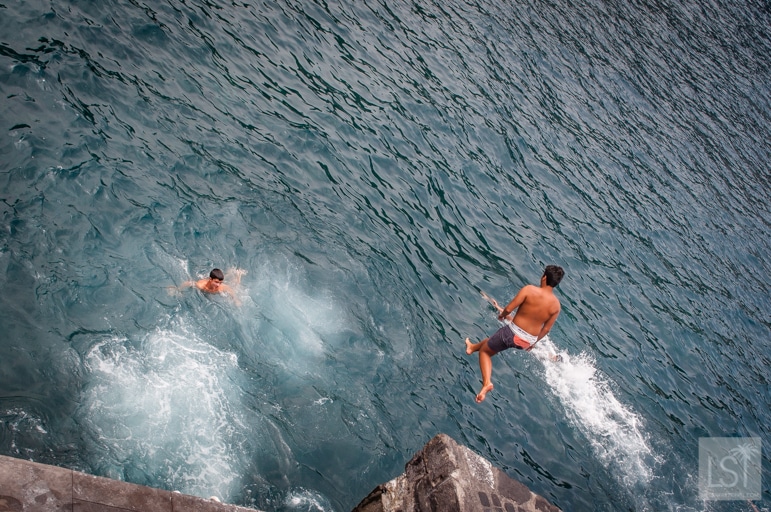 Looking for stretches of golden sand? The north of the island can deliver here too. Playa Las Teresitas a ten minutes drive from capital Santa Cruz, has to be one of the best beaches in Tenerife. 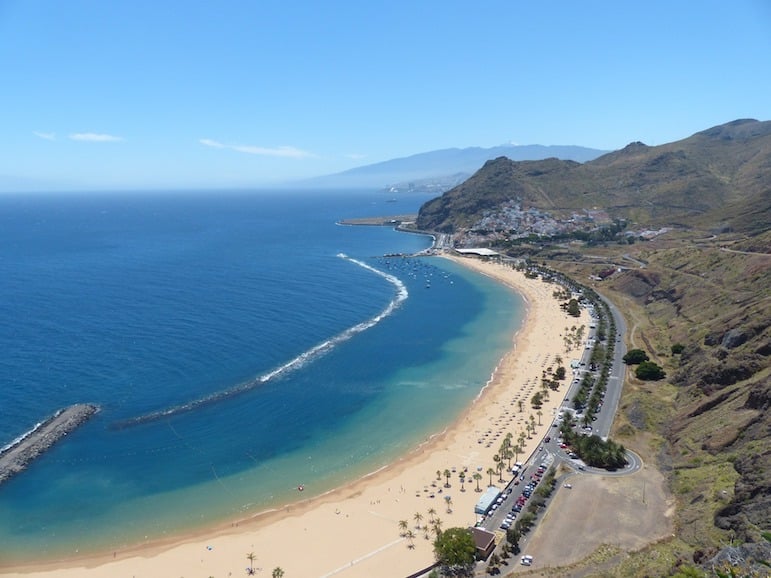 Lined with palm trees and stretching over 1.5 kilometres, Playa Las Teresitas is a man-made beach. The sand has been shipped in from the Sahara, but it’s really very pretty and popular with in-the-know locals on weekends.

The sea is calm and the facilities are very good with toilets, showers, sunbeds and places to eat.

From north to south there are so many Tenerife beaches

Once you have had your fill of the beaches in the north journey to Tenerife’s southern coast. The more arid part of the island, the south is also where the main tourist resorts are and you’ll have a great choice of Tenerife beaches.

Awarded a Blue Flag for the quality of the water and services, Playa del Duque is a relaxed quarter of Tenerife’s south coast. It’s located in Costa Adeje and is favoured by those seeking a quieter beach with good amenities including showers, changing rooms and toilets. 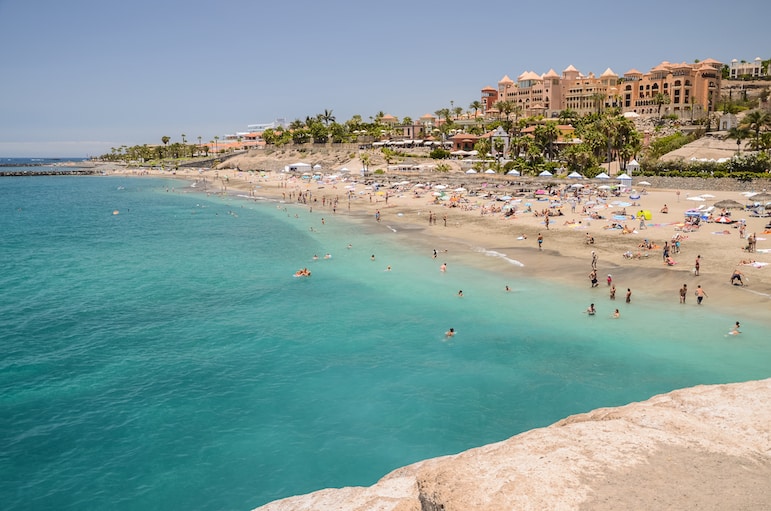 There is a nearby car park if you wish to drive there and once you are finished on the beach the area is very well served by shops and restaurants.

Located in the well-visited resort of Playa de las Americas, Playa Troya is one of Tenerife’s most lively and popular. Again, it is a Blue Flag beach, awarded for its safety and cleanliness, and it is popular with families. 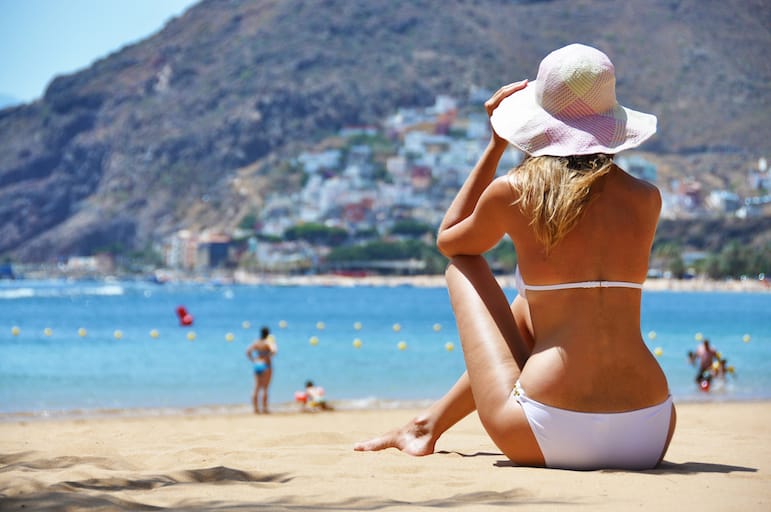 It is actually two bays called Troya I and Troya II but is considered one of the finest beaches in Tenerife. It is wide and the sea mainly calm, although if you are looking to relax, it can be noisy. You’ll find an abundance of activities here including stand-up paddleboarding, parasailing and jet skiing.

Ride a wave at Playa Tejita

Playa Tejita can be quite windy but it makes it perfect for anyone looking to catch the waves. At approximately a kilometre long it has a very wide stretch of pale golden sand. Playa Tejita is one of the Tenerife’s biggest natural beaches and is popular for water sports such as surfing, windsurfing and kitesurfing. 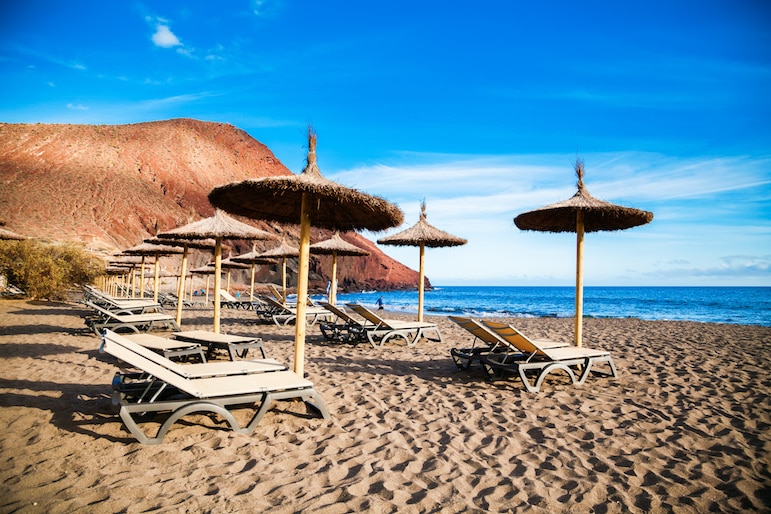 Playa Tejita is in El Médano close to the Montaña Roja, or Red Mountain, and is a protected nature reserve. Part of it is also one of the more popular nudist beaches in Tenerife.

Las Vistas beach in the resort of Los Cristianos has a semi-circle shape and is covered in soft golden sand imported from the Sahara desert. Protective breakwaters ensure the sea here remains mostly calm and shallow. 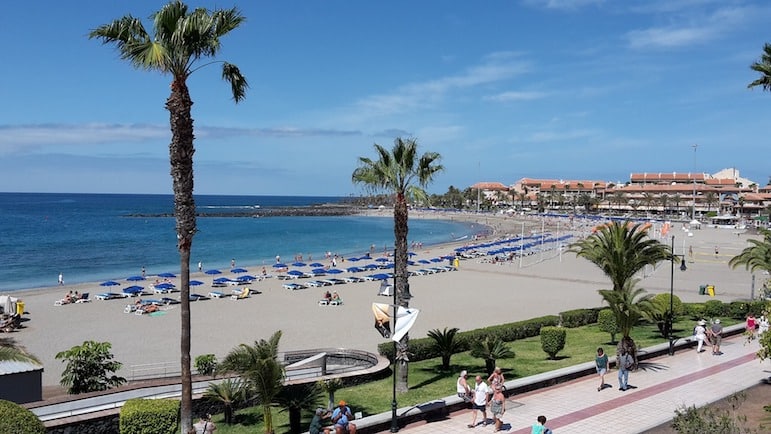 Las Vistas beach is particularly good for swimming, making it a favourite with families holidaying on Tenerife. All the usual beach facilities are here including sun lounges, beach bars, and watersports.

The small, quiet village of El Puertito is what helps make Playa el Puertito so appealing. It is a peaceful and relaxed place, which has in the main been untouched by modernity, keeping its traditional Canarian village feel. 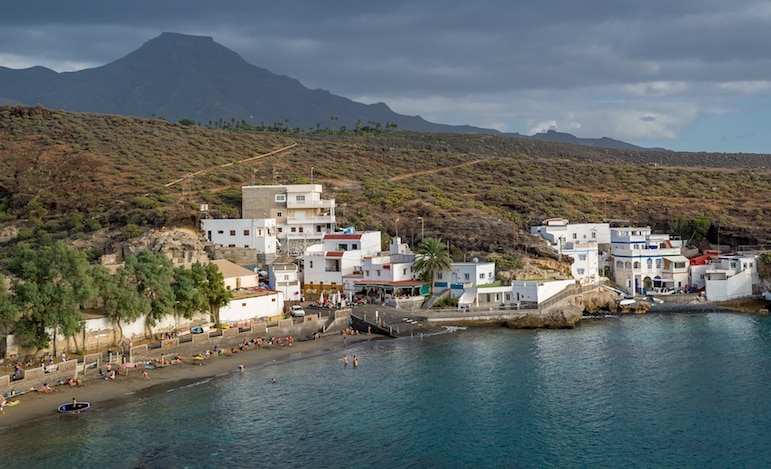 As such it is a great place to sit and watch the world go by, or more accurately, look out to sea. The black sand beach is quite small, however, it’s a favourite with local people.

Where to find a nudist beach in Tenerife

If you are seeking a nudist beach in Tenerife there are plenty of options where you can sunbathe au naturel with like-minded naturists. They include: 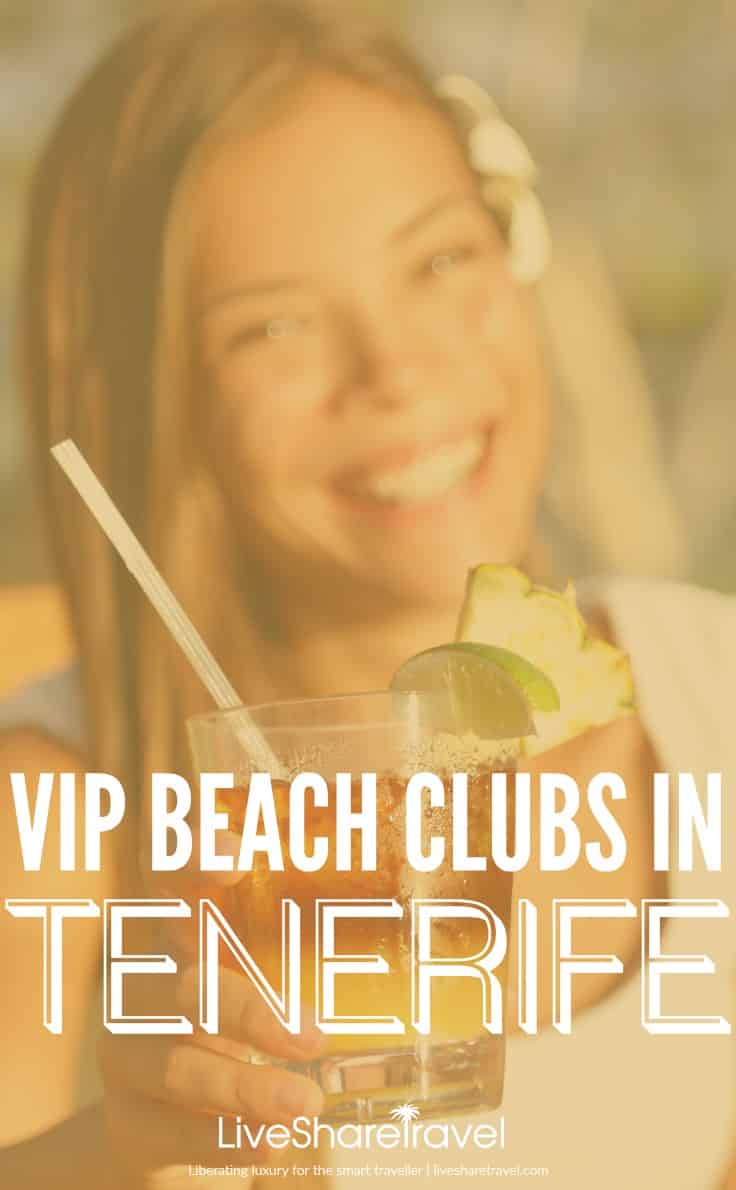 Don your designer swimsuit and sunglasses and hit the beach in style. Tenerife’s beach clubs are some of the chicest corners of the coast for a day in the sun.

Papagayo gives the White Isle of Ibiza a run for its money with its cool white decor and funky club beats that play till dawn on Thursdays, Fridays, Saturdays and Sundays.

During the day this is a quiet, modern beach club, just perfect for a morning coffee, lunch or dinner from its restaurant, serving everything from gourmet burgers to Japanese food. 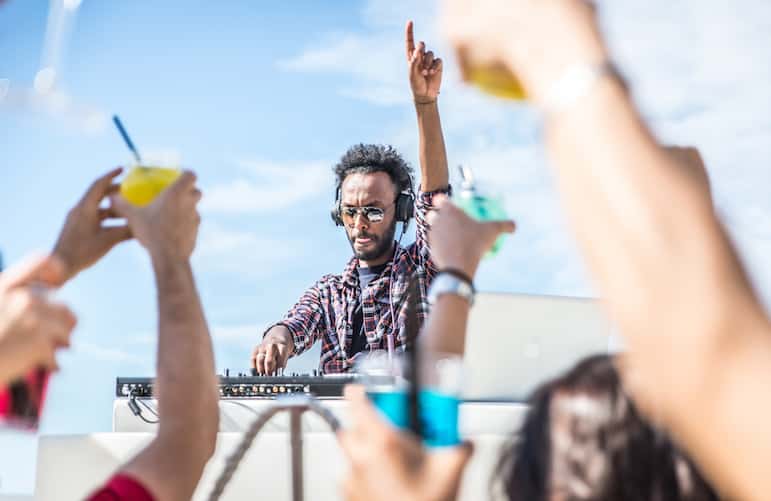 Papagayo Beach Club is located on Troya beach in the south of Tenerife and opens from June to October each year.

Hang around at Monkey Beach Club

With bamboo furniture, lush vegetation and swaying palm trees and beautiful views over the neighbouring island of La Gomera from its restaurant, Monkey Beach Club, also in Playa la Troya, is one of the most popular beach clubs in Tenerife.

Its restaurant serves a delicious selection of Mediterranean dishes. And with a schedule of 25 beach parties each summer featuring DJs like Roger Sánchez, Wally López, Crazibiza, DJ Oliver, and Fonsi Nieto, it’s also a great place to let your hair down.

Perhaps the most stylish of Tenerife’s beach clubs, Le Club on Playa Fañabé has Balinese beds, chillout music and massage treatments for those looking to relax.

For some fun in the sun, you can hop on a jet ski or banana to ride the waves from Fañabé’s golden coast.

Afterwards, sample Le Club’s delicious international dishes or order a sundowner for the perfect finish to your day in the sun.

This modern beach club between the beaches of Puerto Colón and Torviscas has plenty of options for visitors. After soaking up the rays, cool off with a swim in the Atlantic Ocean or Kaluna Beach Club’s spectacular infinity pool. Alternatively, grab a glass of champagne or a cocktail at the bar. 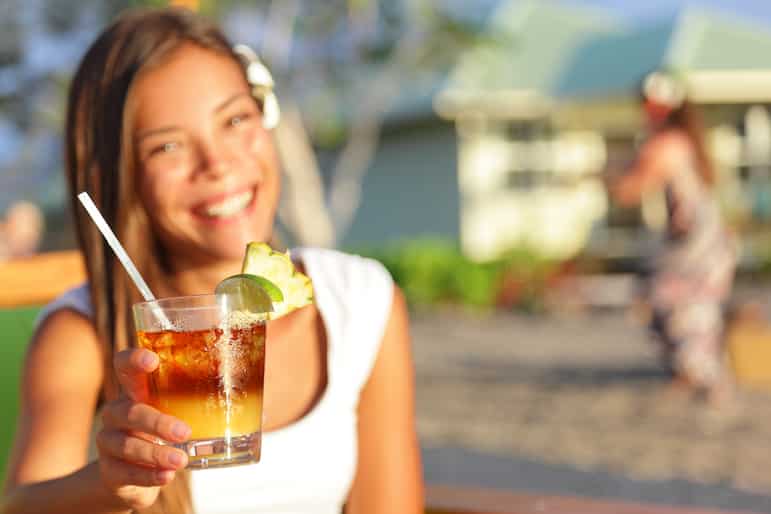 Hire a VIP cabin and enjoy a place by the sea for drinks or food with friends. It’s also a perfect place to enjoy the sunset. And if you’re looking for a beach club to party at in Tenerife, Kaluna’s Infinity Pool Party each Thursday is a very popular choice.

Find places to stay in Tenerife

We recommend luxury hotels in and around Fañabé and Costa Adeje. Search for the stylish La Plantación del Sur, the excellent though rather usual Bahía del Duque (which reminds us of Portmeirion in Wales), the Hard Rock Hotel Tenerife for every budding rock star in the family. Or go further out west to the beautiful Gran Melia Palacio de Isora – home to Europe’s largest infinity swimming pool.

If you’re heading north, search for Hotel Botanico and Spa, or a characterful boutique such as Hotel San Roque or Hotel La Quinta Roja in Garachico.